With our recent changes to the diplomacy system, the game has become a lot deeper and more fun, and players now have many diplomatic tools to deal with aggressive AI cities. Players are forging alliances to respond to rival threats and they are thinking more strategically about the implications of their actions. It isn’t a perfect system but it’s good enough that we can move on to the next large problem: managing large empires and fighting wars.

Once you own 20% or more of the system’s sectors, protecting that much space from pirates becomes tedious, and it’s almost impossible to defend yourself if you are fighting multiple cities in a war. On the other hand, if you are winning the war, the AI will surrender once you reach 100% war score without giving you the option of accepting the surrender. This prevents you from dealing a critical blow to an AI city, and the truce often gives them enough time to rebuild what you destroyed. On top of that, you often need to fly to each sector you lost in a war to rebuild your outposts before another AI city claims it, which can be difficult when the solar system is full and you have borders with multiple cities.

We have some exciting plans to deal with these design problems, and we will be releasing them in stages over the next few weeks.

When we started developing the strategic layer of the game, we wanted to avoid the problem many strategy games face: when you lose a war, it often means the death of your empire. To solve this, we allowed the loser of war to forcibly surrender when his opponent reached 100% war score; this would enact a truce, preventing further aggression for 20 minutes. Unfortunately this solution proved to be difficult to balance and very unpopular with many of you; therefore, the 0.8.6 update will remove forced surrendering. We still think it’s too easy to wipe out other cities in our game, so we’ve implemented a critical change to keep things under control and to prevent a powerful player from blowing up enemy cities one by one.

With the new update, you will always have the option to refuse your opponent’s surrender, so you can keep obliterating his city as long as you want, but there will be consequences the longer you do this after you’ve reached 100% war score. It turns out that space warfare is a gentleman’s game and all the other cities expect you to play by the rules of civilized warfare, so when you get 100% war score and you refuse your opponent’s surrender, all other cities will consider you a warmonger, which means you will take a reputation penalty with them.

This penalty will be small at first, but the more you refuse a crippled opponent’s surrender, the more it will anger other cities. This will give you an interesting strategic decision; do you continue with the war and wipe out your rival at the cost of angering your other neighbors, or do you accept the peace and bide your time until the next engagement? We look forward to seeing what you think of this feature.

Fighting wars in the late game and managing large empires can be quite tedious once you control a large number of sectors. First, you don’t have enough vision to spot incoming fleets – you have 2 seconds from when they cross your border to the moment they start attacking an outpost. If you’re more than three tiles away from the outpost it will most likely be destroyed before you arrive. Second, pirates are constantly raiding your outlying outposts and you’re often stuck fighting far away so you can’t do anything about it.

To solve these issues, we will be adding a new type of military outpost that will claim many sectors of space at once (rather than just the sector they are built in like radar and mining stations), and these new outposts will act as a stronghold to secure a front. Placing a military outpost will claim the sector it is built in and all adjacent sectors. 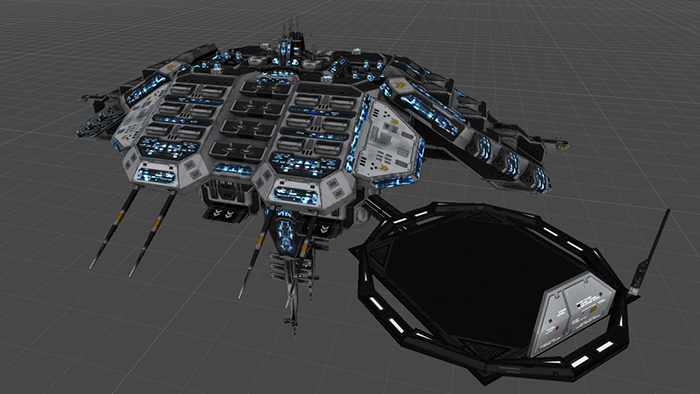 If you cover your front properly with these military outposts, enemy cities will be forced to attack your strongholds before they can take sectors away from you. Military outposts will be incredibly tough and have built-in missile and torpedo bays, so they will last long enough for you to come defend them even if you are far away when an attack starts. As you upgrade Military outposts, they will claim even more sectors and increase in strength. In addition, you will be able to land at military outposts to repair and replenish your fleet, so positioning these properly will be key in a war.

For large empires, pirates are a nuisance and fighting multiple opponents is almost impossible to manage because you can only be in one place at a time. To delegate the task of dealing with pirate raids, the final update will allow you to garrison ships from your reserves to military outposts. These garrisons will automatically intercept hostile ships within the space they control buying you time to arrive and crush an enemy attack or just let the garrison take care of it. 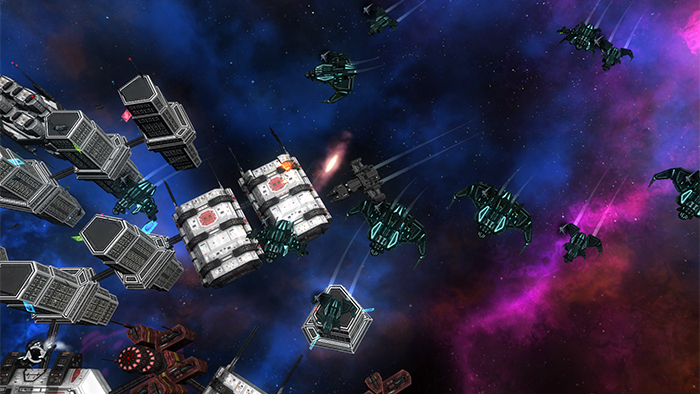 We expect the changes we’ve outlined to have a dramatic impact on the mid and late game so we’ll be looking forward to your feedback and thoughts on our forums and in your streams and videos.