How has Warlander’s genre shift affected the game’s story? Let’s find out!

Ever since the announcement of Warlander's genre shift from an action-adventure to a roguelike game, people from our community have been posing a question - what impact has this had on the game’s story? We will explore this topic in this blog post and offer all the answers that we can, without wandering into the spoiler territory, of course.

The original story for Warlander was developed while we envisioned the game as an action-adventure. Stories in these types of games are often linear, featuring plot twists with deep emotional impacts, character and relationship development - all of which make them more akin to an interactive movie. The story itself is presented with a cinematic feel in mind, told through a series of cutscenes, dialogues interspersed with gameplay, and lore notes scattered throughout the game’s world. Warlander was no different in this regard.

Roguelike games run on the basic premise that multiple runs are required to finish the game and this greatly affects the way stories are told in this genre. Often, roguelikes are almost completely devoid of any storytelling except for the barest of contexts (Slay the Spire) or the broadest of plots (FTL or Dead Cells). Recently a roguelike game called Crying Suns has been published, which features a mystery plot as well as the additional exploration of narrative, mostly in the form of world-building. All these have both conditioned and inspired us while planning and recontextualizing the story of Warlander for the game’s new roguelike genre. 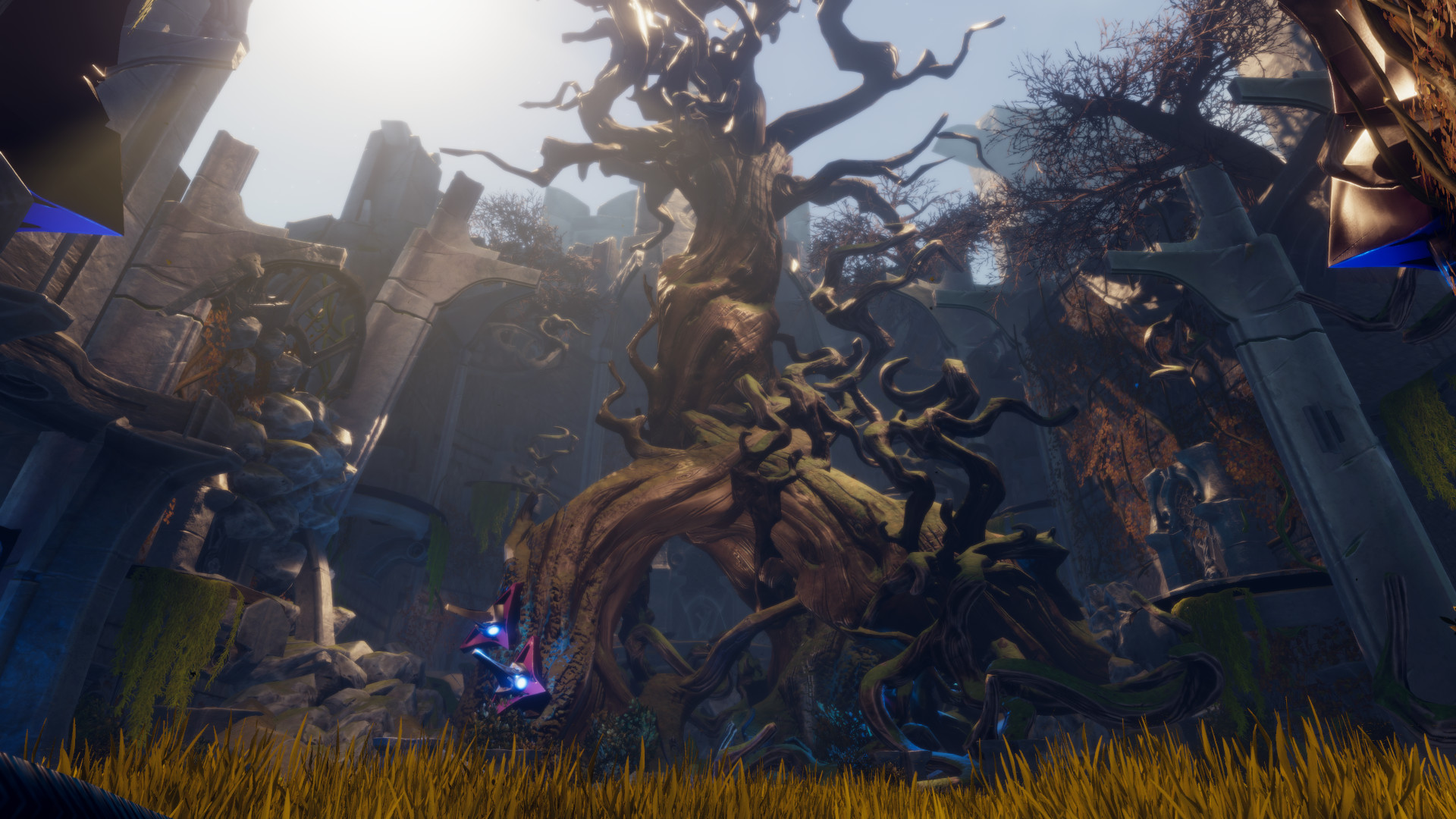 Place of healing and contemplation for the tired Bruce

The previous story of Warlander was based on two pillars. The first one was a relationship between Bruce - the protagonist - and Ferguson - a sentient sword. During the course of the game, their relationship developed from an agent and a handler to uneasy allies to friends and comrades in arms. The second pillar is Bruce’s present and future, including all of the reasons he’s fighting for, all of which are closely tied with the fate of his people. This story was envisioned as linear and could not be translated into a genre that is as non-linear as roguelike is, not in any way that would do it justice.

But, we were very hard at work developing the world and characters of Warlander and we want to share it with you. In addition, all of us in the studio believe a game is richer if it offers a context to explore and a plot to experience. Thus, we decided to craft a new story for the roguelike Warlander. Of course, this story features the same protagonist and his sentient sword, but the focus is different. Instead of dealing with the present and the future, the new story deals with Bruce’s past.

We cannot offer much more without any spoilers, but here’s a little tidbit to pique your interest. At the very beginning of the game, Bruce is risen from the dead as a revenant of vengeance. He is an amnesiac, remembering little of his life except for his name and the fact that he is a Clansman. On his road of revenge, Bruce will be able to find fragments of his shattered memory which will help him not only to remember who he is but also to learn all that he has forgotten about his own world. These memory fragments will be delivered as lore notes, written from Bruce’s perspective. We can roughly divide these memories into three categories: about Bruce’s past and the Clan lore and origins, about the Techno Order, their rise to power, beliefs and the tyranny over the Clans, and about the Druids, their beliefs and history. The last category hides a surprise because not all of the knowledge about the Druids originates from Bruce’s mind... 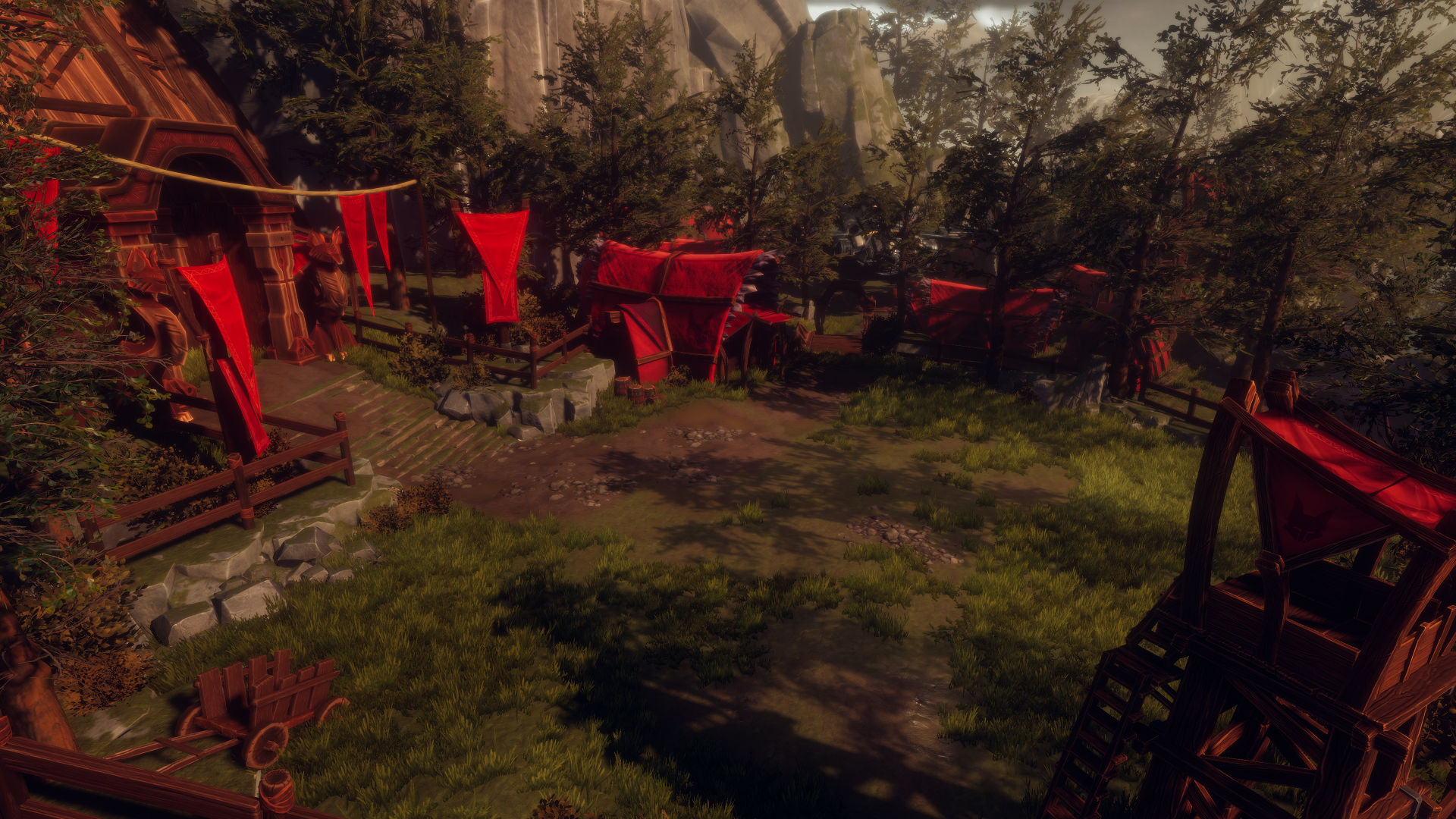 What memory of Bruce's past does this village hold?

The relationship between Bruce and Ferguson is still present in the new version of the story but it is not in the forefront and it serves more to add additional flavor and context to the world. While seeking revenge, Bruce and Ferguson might stumble into certain events or encounter characters or monuments that will trigger a dialogue between the two. These dialogues will offer the players more insight into the world of Warlander and its history.

Of course, there is more to the story and the plot, but talking about that would take us to the spoiler territory. Suffice to say, we are upholding one of the traditions of the roguelike genre and the new story of Warlander holds a great secret for the players to uncover...

So, that’s it for this blog post! We hope your questions have been answered - at least partially - and that the new story of Warlander is interesting and appealing to you. Your opinion matters a great deal to us, so please tell us what you think about the memories and the way they are delivered - as textual notes. Continue the discussion in the comments below or on Discord or Facebook. As always, wishlist us on Steam and follow us on Twitter and Youtube!