Focus of this release is on usability improvements and new game mechanics. Important changes are:

2. Army join info.
Battles in WargameProject tend to become epic. Army size grows to eventually overwhelm the player's ability to control his forces. One has to manage hundreds of units every turn. This simple, but effective, solution - showing of targeted army stack - will save plenty of player's time. 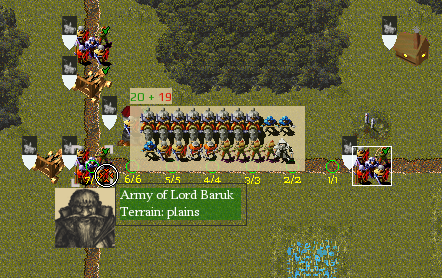 Thanks to everyone who submitted crash reports! It really helps our small team to make a better game!
Download this release here at Indiedb.com or from our site at WargameProject.com.