Wander is organising a cosplay competition at our booth at PAX Australia. Also lots of new content.

Hi everybody, with only three days left before the completion of the IndieGoGo campaign there is a lot of (hectic) energy in the team!

The big news is that we've announced our cosplay competition which we will be holding at PAX Australia. If you come to our booth and have your photo taken you can enter the competition for best Wander character or best non-Wander character. The Wander team are all coming dressed as Wander characters so we hope anyone attending PAX Australia will get involved. So far we have Razer announced as a prize sponsor and will be announcing other sponsors soon. Winners will of course win a copy of Wander as well! The categories we are currently contemplating are:

For the crowd choice we are planning to post the pictures to our Twitter and Facebook pages and which ever one gets the most likes/retweets/favourites wins. We'd love some feedback about the format. People can enter on multiple days if they cosplay on multiple days. We will be giving out the prizes from the booth. Wander's PAX Australia booth is in the Australian Indie Pavilion. 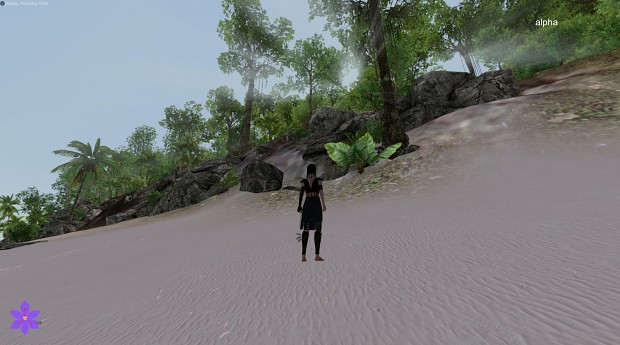 Visually the game is continuing to improve with not only new shaders and textures for the rocks but additions to level designs including new places to explore. As always, we're finding it's the small details in game that are continuing to develop the beautifully rich landscape which then hopefully translates into a more immersive experience for you guys - and not just visually either. This past week our audio team has been hard at work adding character sounds and our composer, Justin is working on more beautiful music for Wander. Anjay has been doing tons of modelling so the underwater areas will soon have beautiful coral reefs to explore. We're really excited to have the support of marine biologist and ecologist, Kat, helping out to make the nature in our world with floating islands as realistic as possible. Our game designers have been busy tuning the game mechanics and the next alpha release will have a huge amount of new stuff. Our alpha testers have been testing the collaborative spice collection and we've now fixed a lot of the bugs they have found. We're really excited to see them using all their new found spice on the new character powers. We will be showing some videos of these very soon.

If you like what you hear about Wander, our IndieGoGo campaign and Steam Greenlight still need your help!