The latest version of Vox is now available both on Desura and also as a new demo version available from IndieDB.

The latest updated to Vox includes many new features and bug fixes that make it more playable for all players. The previous crash bug and graphical glitches have been fixed and the game now runs a lot smoother.

There is a new landscape generation algorithm that will produce much nicer landscapes when you create a world. This includes vast mountains, valleys and better grassy areas with tress, flowers and grass. 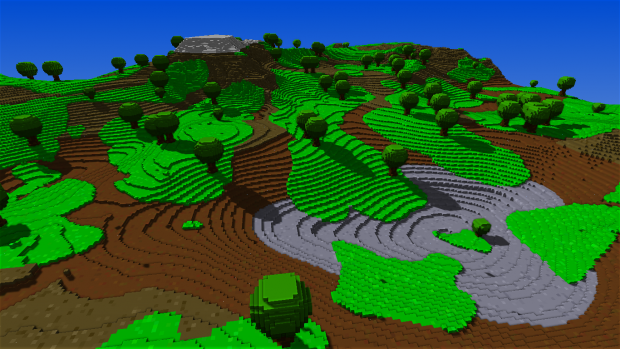 The new patch also includes several new monsters that are both deadly and fun to fight against. Watch out for the new slime varieties and also the mimics that are cunning and sneaky, hiding away as ordinary treasure chests. There are also ghosts that come out at night time that like to spook and scare you... 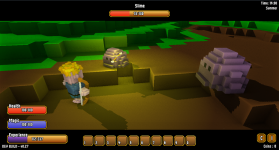 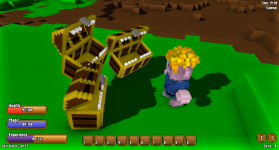 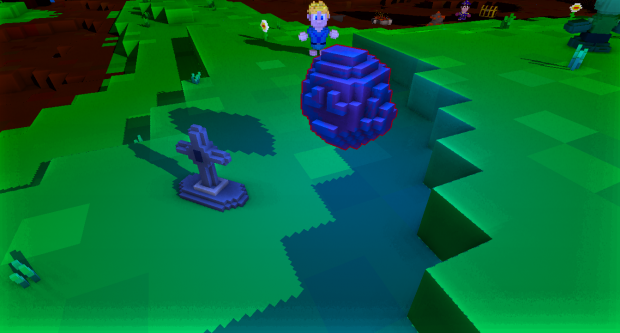 Crafting has also been improved and there are now many more ore varieties scattered throughout the world. Copper, Iron, Silver and Gold are all just waiting to be found and refined.

There are also many new items to be found in the world and treasure chests will contain random loot. What will you find on your adventures? 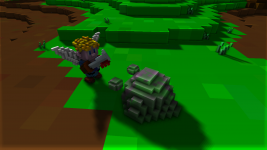 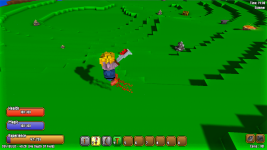 There is also a lot of other cool stuff that has also been included in the new update, but I don't want to give you a running commentary of everything, else that will spoil some of the surprises... You should play the latest version and see what you can find for yourself.

Here are the full patch notes:

Stay tuned for more Vox updates and be sure to stop by the forums to post your suggestions, and any cool screenshots that you have taken or fun items you have made!

Have you thought about a item-creation-competition? So people can contribute all kind of stuff and maybe win to have a unique or so named after them?

This is a great Idea. I actually did run a competition a short while ago to allow people to create cool characters.

Feel free to share any cool items that you are created :D

and parachutes and animals! ^_^

Anyway to stop falling into the landscape in less than 10 seconds of starting the game? I just bought it and so far all I have got to do it make a character and then fall into the terrain

What pc specs do you have? It sounds like you are trying to run it on a low spec machine. You can try to turn the settings down in the options menu. Turn draw distance down, shadows off. And generate a world with caves off, colour variation off, world geometry and scenery off. And see if that works better for you?

How do you save your characters? I created my own customized character 3 times and it crashed me twice before I was able to enter the game, and once during actuall playthrough and neither one of those times was it saved. Maybe I am to dum to notice it, so can you show me how to do it?

HI, this was a bug that was introduced fairly recently... It is fixed in the new patch 0.31 that is currently waiting authorization from Desura. You should have this fix soon.