The new update for Vox is now available for download on Desura and IndieDB. This is a major performance and optimization update. The way that internal voxel blocks and chunk management was being handled has been re-written and now the lag should play without any lag for all players.

The framerate of the game can be modified by turning down the draw distance in the option menu, and disabling other graphical options such as the shadows and noise filters.

This update also includes tombstones when the player dies: 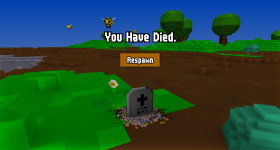 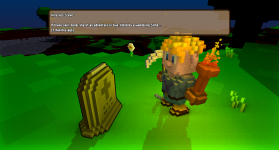 There is also a surprise when you die, in the form of a new monster type that you will need to battle during your travels in Vox... Ghosts!

A Doppelganger ghost will spawn whenever you die and haunt your tombstone, waiting to enact revenge on anyone who comes nearby. 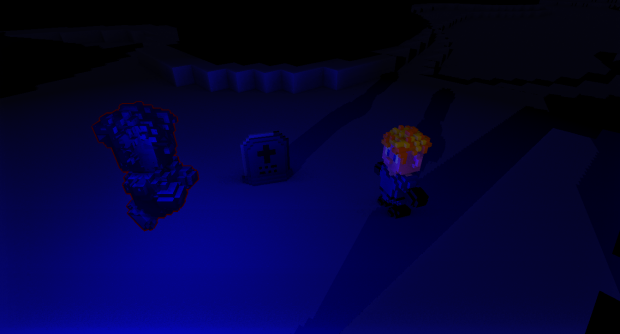 Be careful though, as ghosts can make quite formidable opponents and you wouldn't want yourself to get into too much trouble, as more deaths equals more ghosts. You might find yourself in quite a pickle... 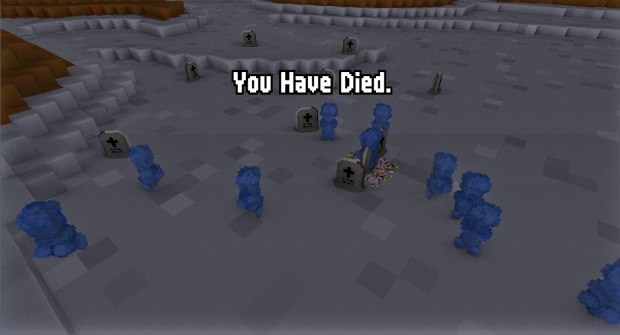 So... are cubes in fashion now?

Hahaha, I freakin' love the ghost idea, I wish people 'd think of that before!

did u get the grave thing from terrarias graves?

not sure if its just me, but the game freezes at start up, nothing i do can fix it, please halp!