The new version of Vox (v0.23) is now available on IndieDB and Desura, so be sure to update to the latest version. This is a big update and has been in development for quite a while, to help fix as many bugs as possible and introduce exciting new features.

Obviously the biggest change is the new lighting model as demonstrated in the follow screenshots: 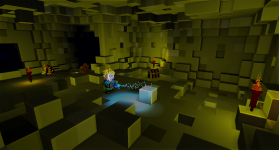 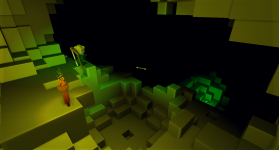 
There is a new item available in your inventory to help you during the night time, the torches. There are 2 different types of torches: placeable torches that you can place in the world to light up certain areas, and the carryable torch that you can equip along with a sword or pickaxe to help on your adventure. 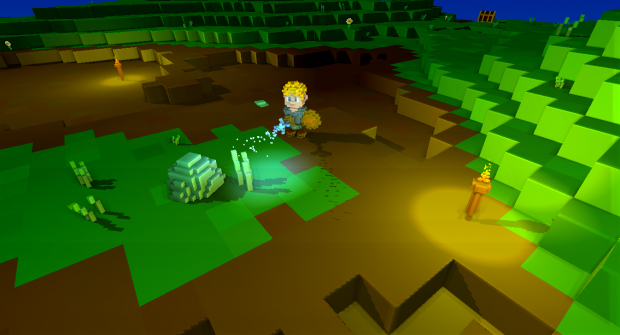 (Placeable torches in the world)

Here is the full changelist for Vox v0.23:

Hope you enjoy this new version of Vox and as always if you have any bugs to report or any suggestions and feedback, the forum is the ideal place to post it.

Good luck on your adventures in Vox!

Thanks! Awesome update, now push out the Multiplayer :b

Hehe cheers, working on it :P

It is! Its a really Awesome game!
Get it!

ok is it mutiplayer my bro mite get it

Hi, thanks for your support, multiplayer is going to be supported, but isn't included in the latest version yet.

MAJOR BUG: Buttons on menu dont show and screen goes white in a certain amount of time or if u click it. I know u will get it fixed cuase u are the mister master