Latest dev blog for Asthenia - an abstract horror roguelike where you control Ogun, a voodoo warrior spirit as he tries to flee Papa Gede - the guardian of the crossroad to the afterlife.

For those who don't know, the game will be a top down combat game, with your life energy constantly depleting, your game time is constantly slipping away! You can refill your energy every time you make a kill. In addition to this, as your life depletes, your vision, abilities and speed will diminish and the game will generally get more frantic, frenetic and horrific! And even worse you have limited ammunition! So the strategy of the game involves balancing these several aspects and just trying to survive.

But enough of the mechanics, lets check out the creepy and weird characters you'll be facing! 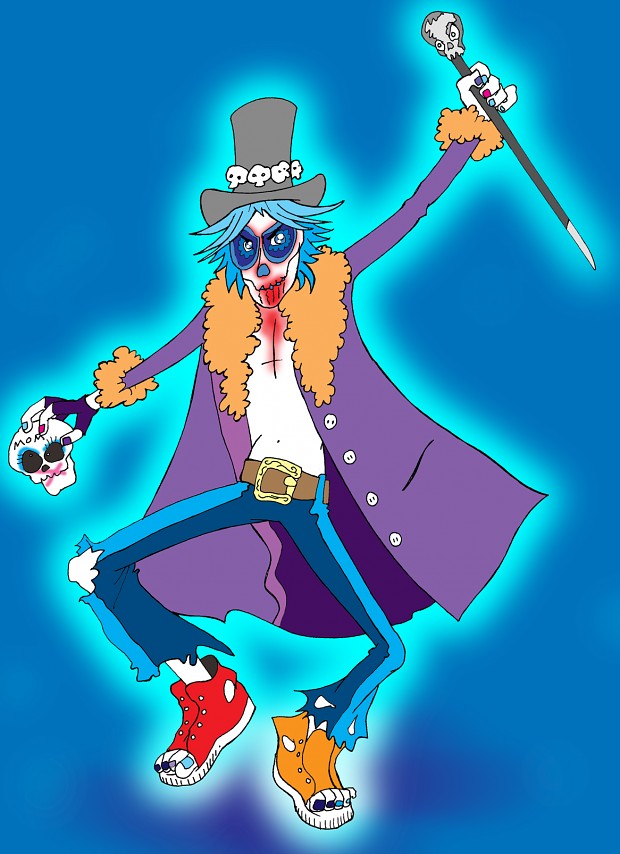 Don't let his manga design and black comedy exterior deceive you - he's after you and he's going to rip your eyeballs out and send you to the voodoo afterlife to rot in a zombie infested hell! He's the guardian of this voodoo afterlife, and he's got a vendetta against Ogun and the character which he's possessed.

We've gone for the bright, manga inspired aesthetic just to be different from everything that's out there in the horror/roguelike scene. This game will be a black comedy after all, with certain levels of gore and violence, not to mention horror. We want to innovate, and we think we can scare you even with the bright and vibrant aesthetic. 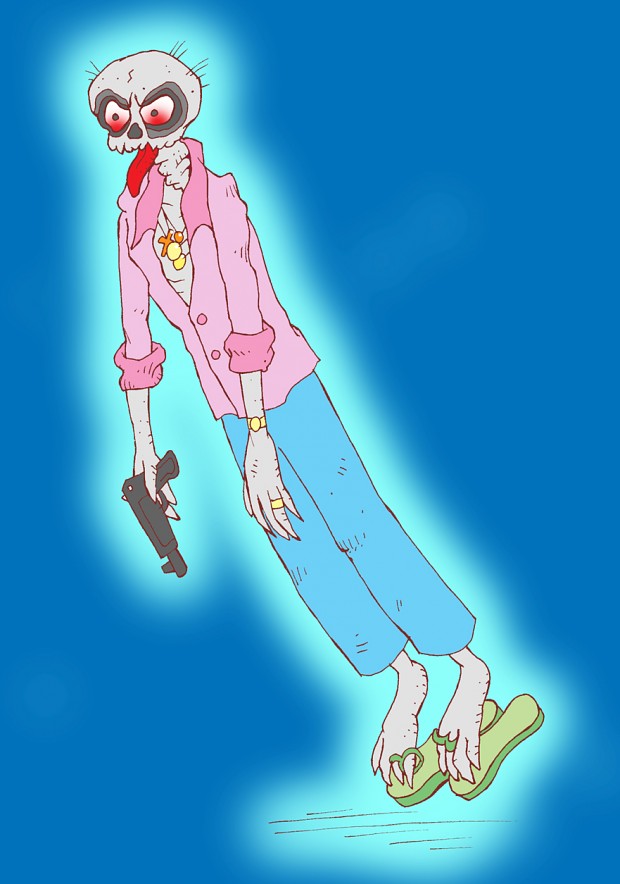 The lights are dimming. Your energy is low. One hit will kill you. Your moving at the slowest speed possible. You have one bullet left.

Zombies with guns thats what!

Another reason why we've gone for the colourful manga aesthetic is to differentiate from the amazing wealth of realistic zombies in games, comics, films and other popular media. We did our research, and the birth of 'zombie' stories lies in Haitian voodoo, and all the original artwork from this culture is bright, distinctive and colourful. So we're taking it retro guys - that's right!

For more information check out our game page for Asthenia here
You can also check out or break-neck speed futuristic racing game TWIN/TURBO here
Stay tuned!