A large new game area was added to the game, the Sek’ra’coro Slope. This area is higher in altitude from the rest of the game and offers some good views of the surrounding terrain. This new area is the largest game area addition yet!

The game continues to grow, with more content added each and every week. As the complexity of the game grows, and more features are added, different systems begin to interlock and create interesting new gameplay for you to enjoy. Many of the higher level gameplay systems, such as increasing skills and crafting, require other systems to be in place before they can be properly or fully integrated into the game. This week we had wanted to add food to the game which buffed the player’s health and stamina regeneration, in addition to fulfilling your character’s need for food – but we ended up putting more work directly into an “effects” system, which is much more foundational, and will allow us to make content which is more properly integrated into the game. It’s always fun to see this sorts of features developed, as they tend to significantly increase the kinds of content we can create. 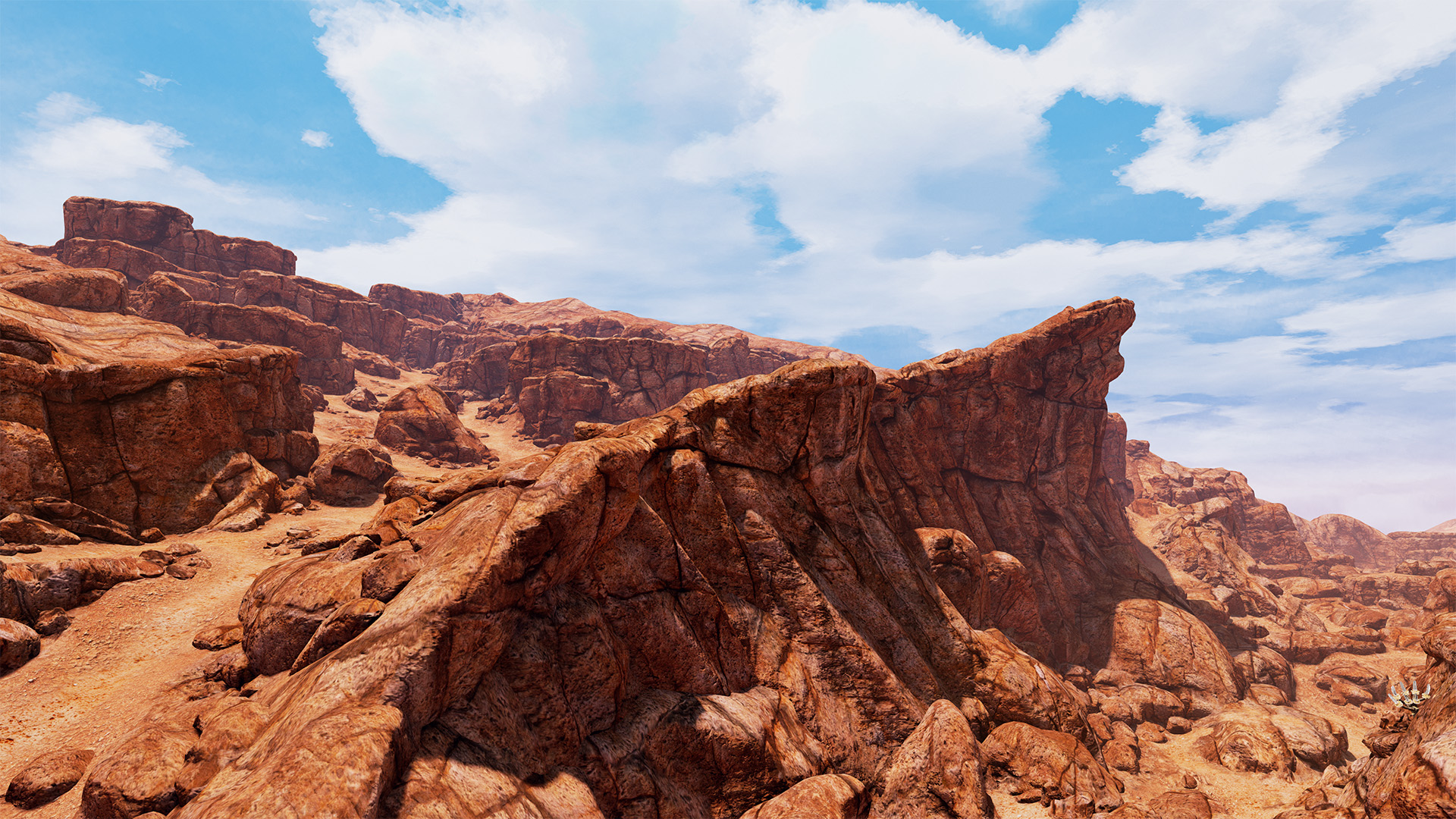 Moving forward, the next week will see work on the effects system finalized, which means that we should be able to integrate some actual gameplay using the effects system into the game. Good progress was made on the character customization system as well. Nearly half of my own work this week was on a new area which is NOT part of the new area – so we’re already a leg up for next week’s content; and we’re working on a foliage update which will allow us to add some desert greenery to the landscape. 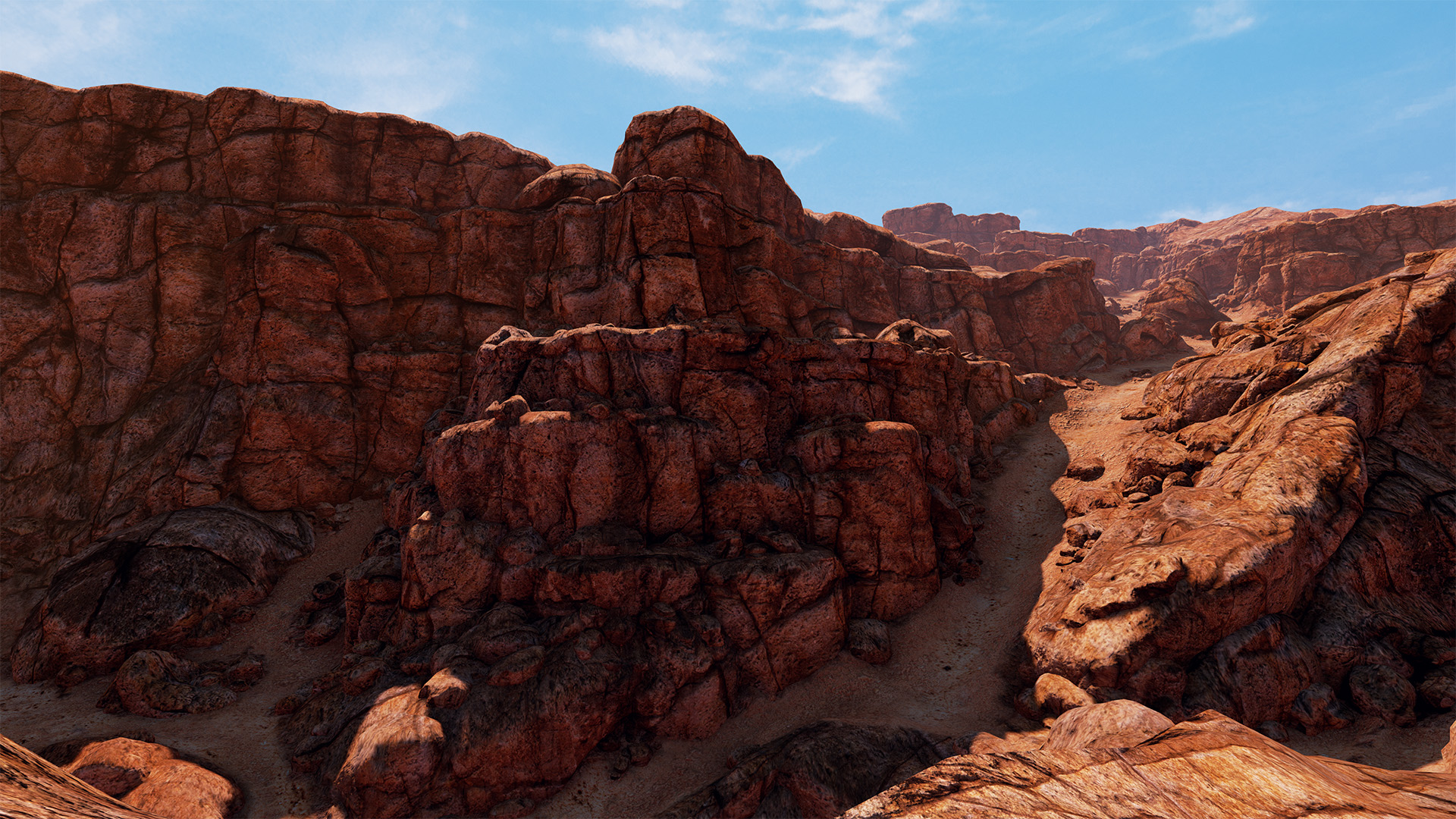 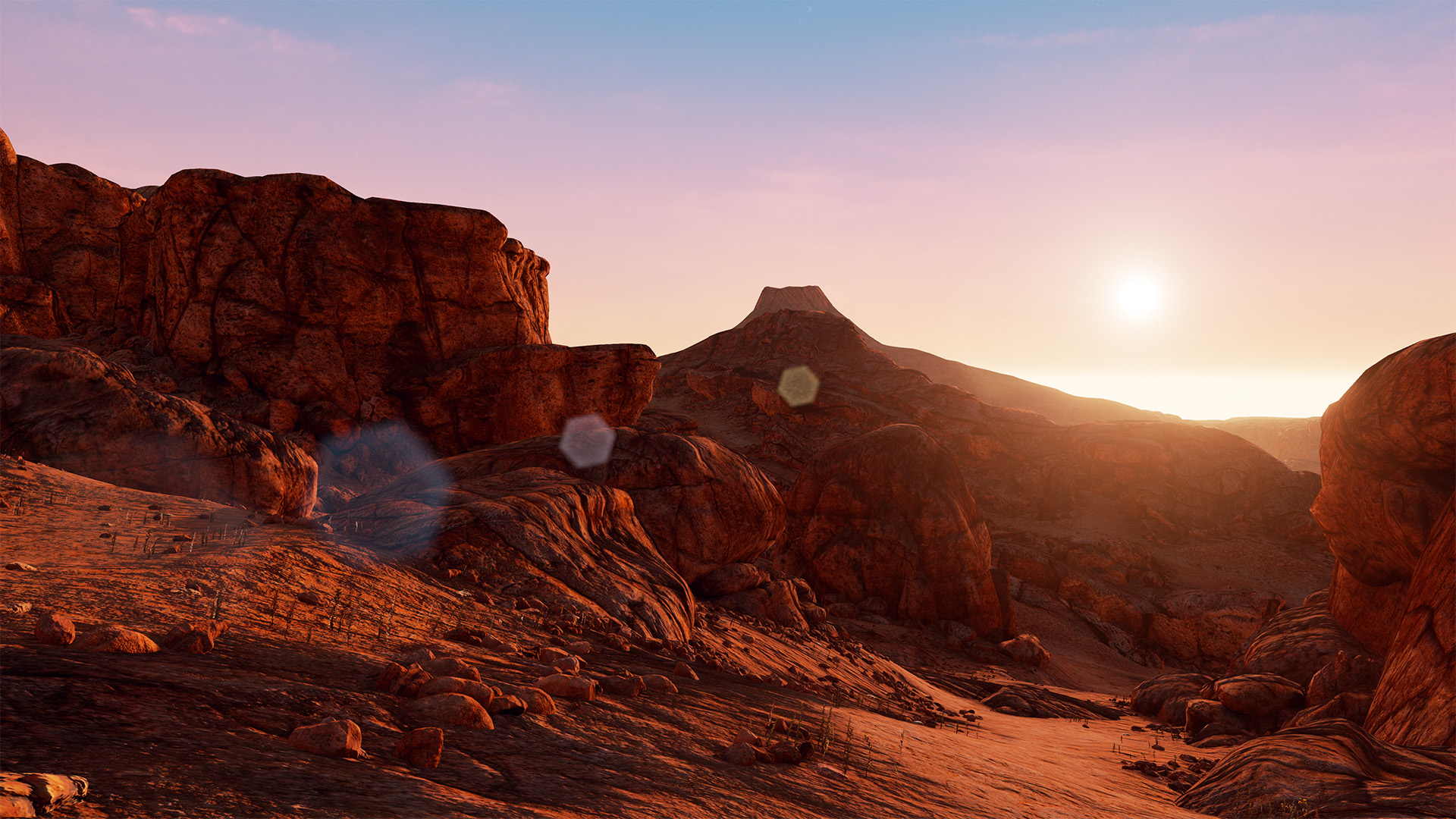 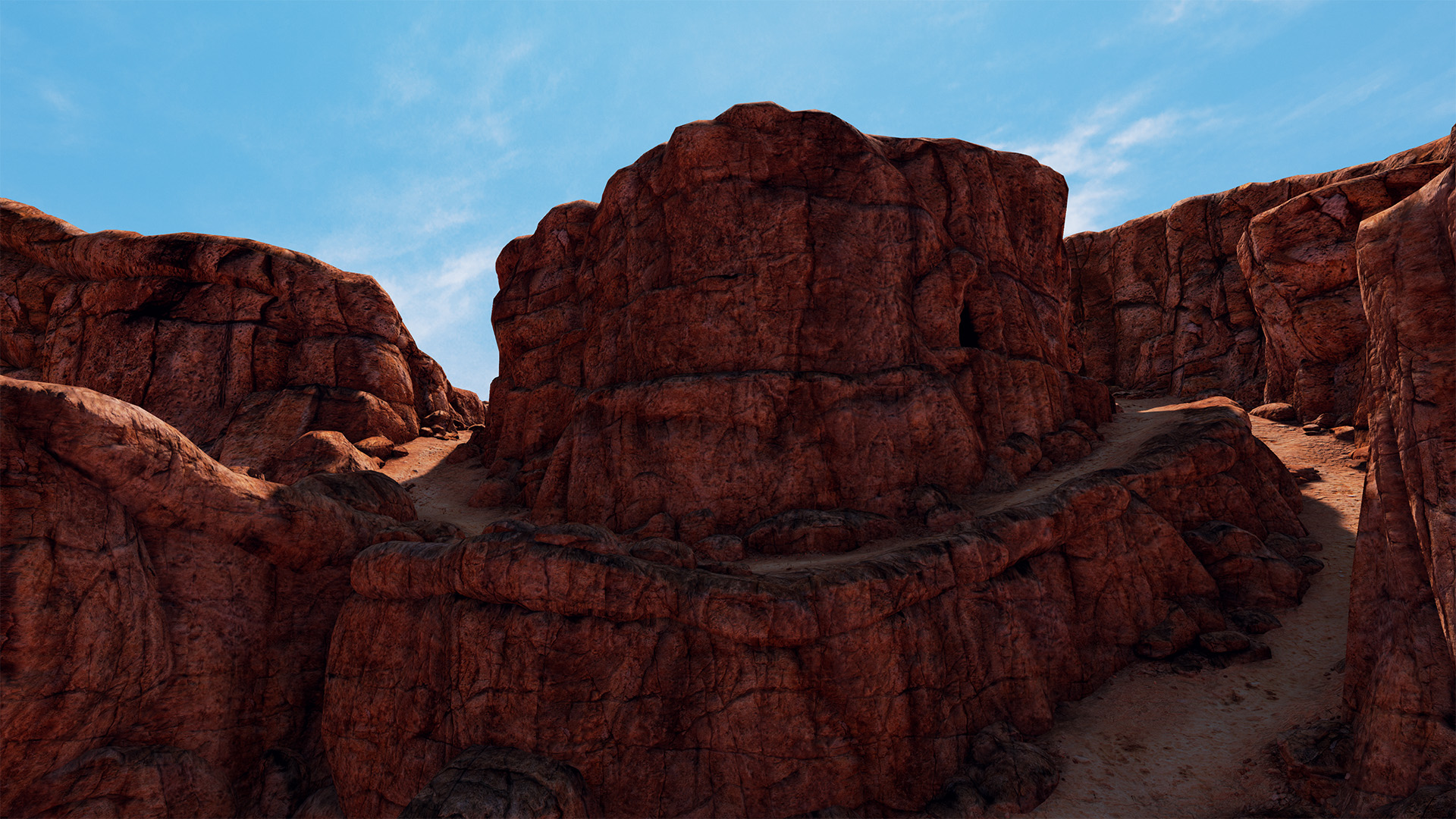 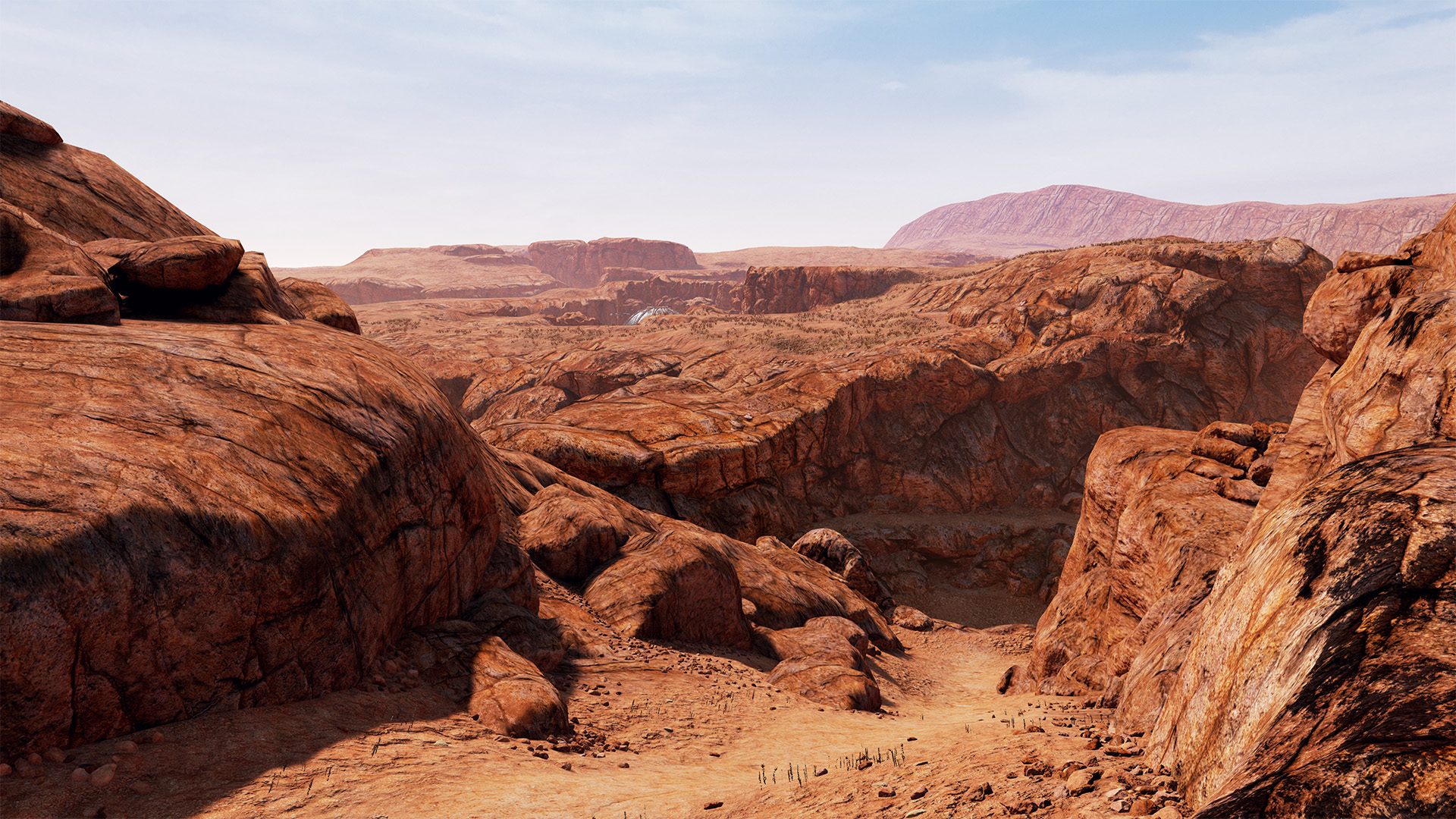