Much Time passed since the Last Update, many things happend last year. We are currently prepairing the Vision Runner BETA, you can register now on our Site. And we also released our BETA Trailer, check it out.

Much Time passed since the Last Update, many things happend last year. We had much to do for our school, with our Gouverment because we later want to Sell the Game on Steam and so on. It has therfor ended that our co-founder and Leader has left our Group last December.

Because we didn't want to give up, I the Lead Developer took over the Role as Leader. We re-organised our Team under the name Snowbit Interactive.

So now to Vision Runner. We worked hard the last Weeks to prepare new Content for our BETA Release.

We also uploaded some new Screenshots, check them out. 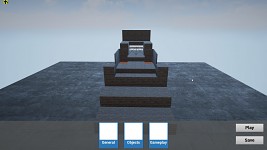 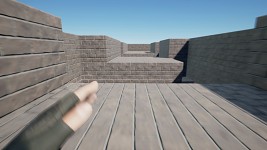 As Example one of the new Editor and one In-Game.

Check out the others too.

I'm proud to announce the Vision Runner BETA wills start soon. You can now register for BETA Access on visionrunner.snowbit.at

More Information about the BETA Start will be announced as soon as possible.

A separate BETA FAQ will also be released soon.

What features will be available for the BETA?

For the BETA we have planned: Of course the Editor, Map Sharing and our Map Central to download and Play Community Maps.

For the first Period of the BETA, only one Game Mode will be available: The Classic Time Mode, run against the Time and beat your Friends and other Players.

At this Time we aren't sure if we include Multiplayer Mode in the first Period of the BETA. We are currently developing Multiplayer Mode but it's not working as it should at the moment. We will definitely try to finish Multiplayer for the BETA release.

Thank you for your great Support.