We present another update of the free VCD alpha today! This one is all about fixes and stability. Multiplayer co-op is now far more stable and usable, object don't get stuck as easily anymore and punching out is also behaving. Read on for more!

Updates have been a bit slow, but here we are again at last! This version is all about fixing things and improving stability. We've made big improvements to co-op, object syncing and physics falling out of world, punching out and more.

Also, we shall be blogging next week on our general plans for VCD on Steam and almost certainly a progress report on the full version. For now, pics and changelog for v0.15 follow: 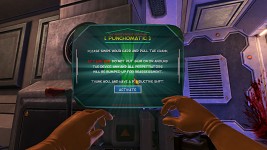 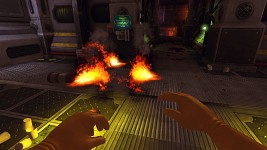 New punchout machine and interactive UI on the left, and fire from the lantern on the right.

And as ever, you can help us out by pre-ordering VCD from our site.
Pre-ordering will net you the full game when it's done, any builds after we cease updating the free version, a Steam key, and perhaps more.. Oh, and please follow @VisceraCleanup on Twitter for updates!

How do i play with my friend?