So work with the game moves forward. In the current build that just launched (EA 0.12a) there are a bunch of fixes and new features:

General bugs and glitches fixed
– Block destruction was broken in the tutorial – fixed!
– Destruction always displayed in red.
– Flickering of destruction hologram minimized. There can still be minor flickering.
– Ghost messages from conglomerates and board of citizens should no longer be sent.
Changes based on player feedback:
– Rebindable keys added earlier, and expanded with rebindable mouse rotate and pan actions. NOTE! This resets player preferences, so you will need to rebind keys and set graphical options.
– Controls for panning and rotation changed. Panning is now a one button action

Other:
– Performance improvement in car movement system. Changes should improve performance of car movement significantly (around 30 %).
– Reorienting camera stops when player presses pan/rotate mouse button.
– Fixed bug where researched buildings were unlocked from start.
– The tips from the campaign have now been gathered and added into the econopedia under “general tips”. More tips will be added along with additional text.
– Eye adaptation early implementation. 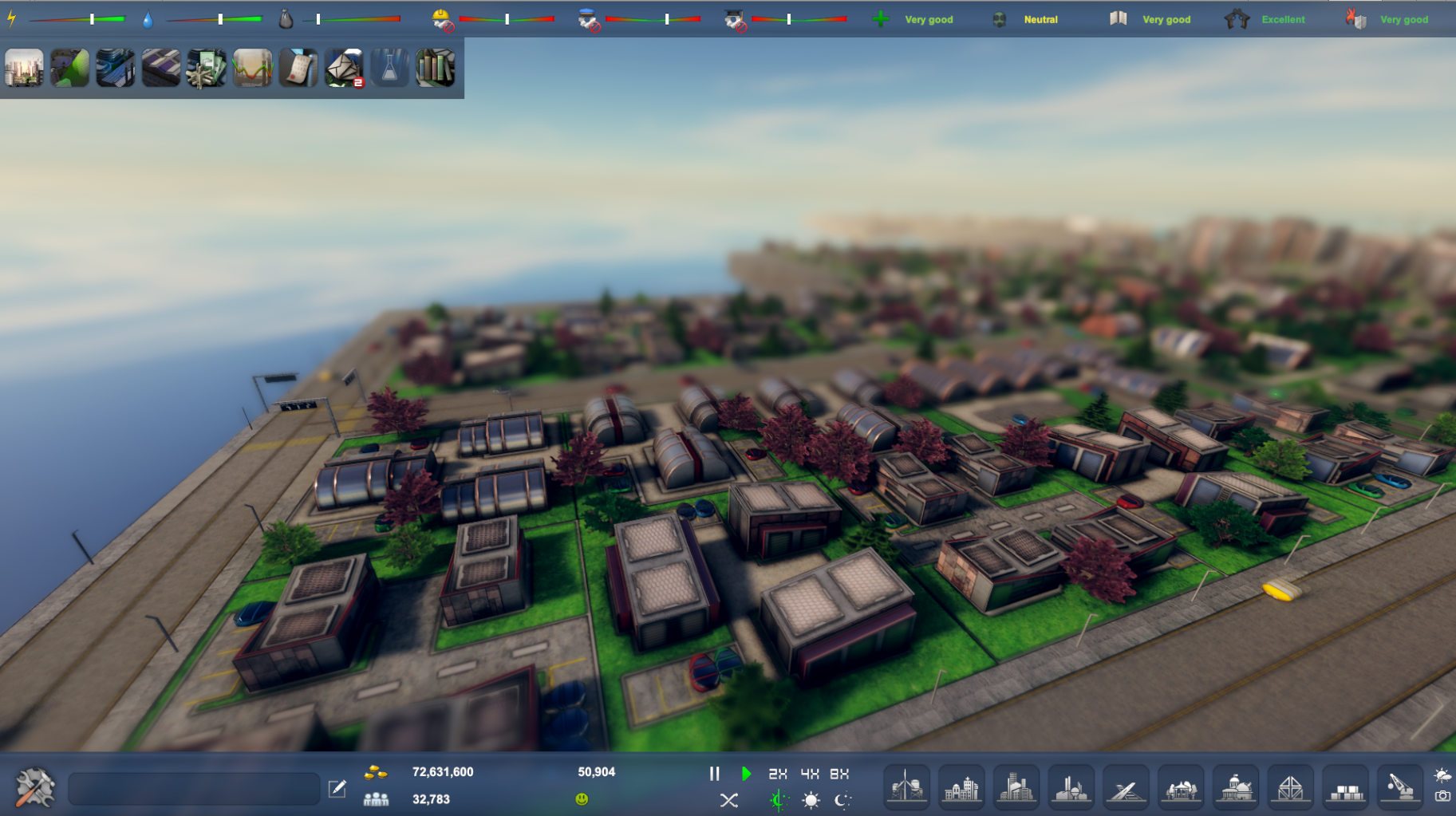 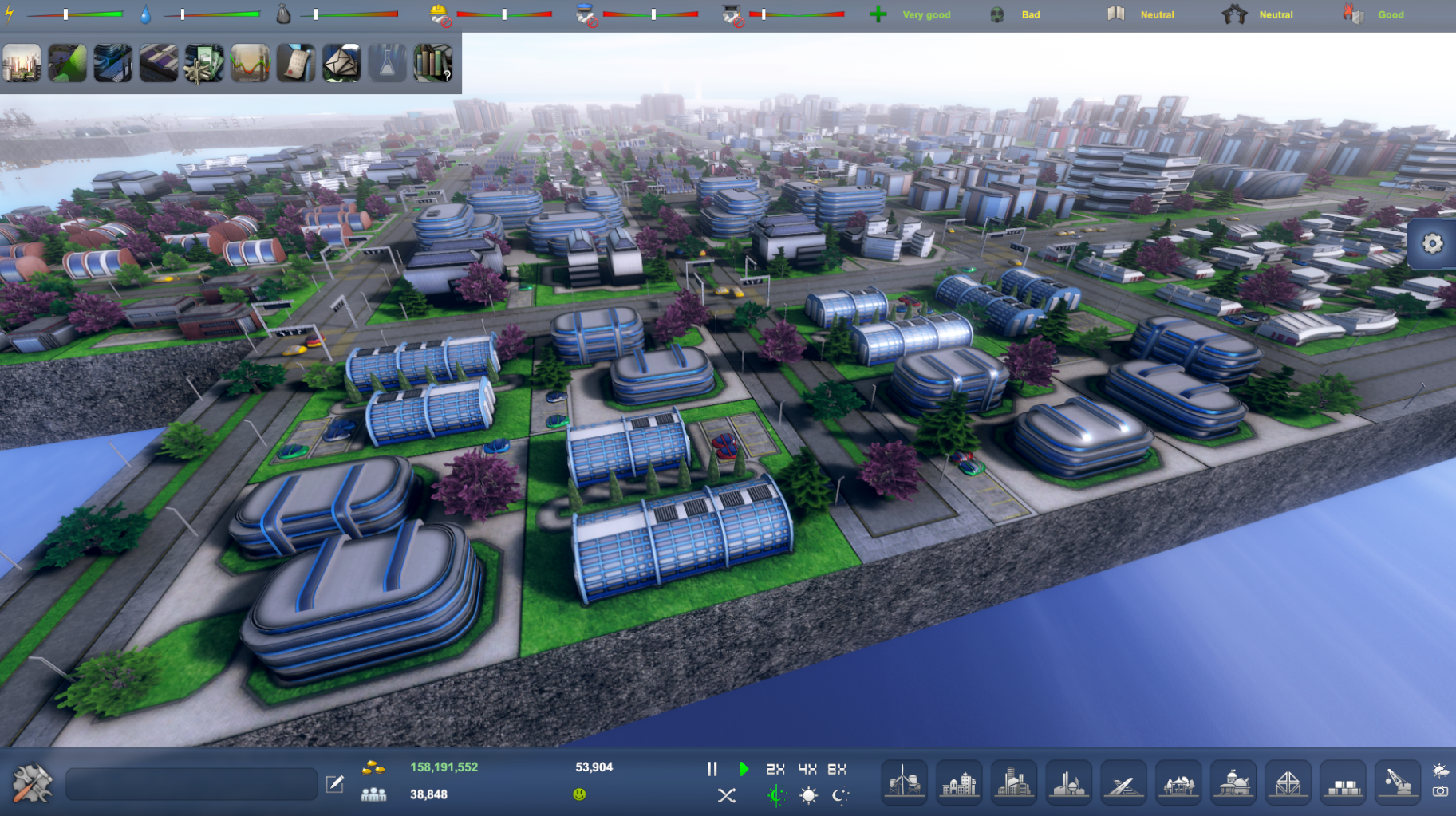 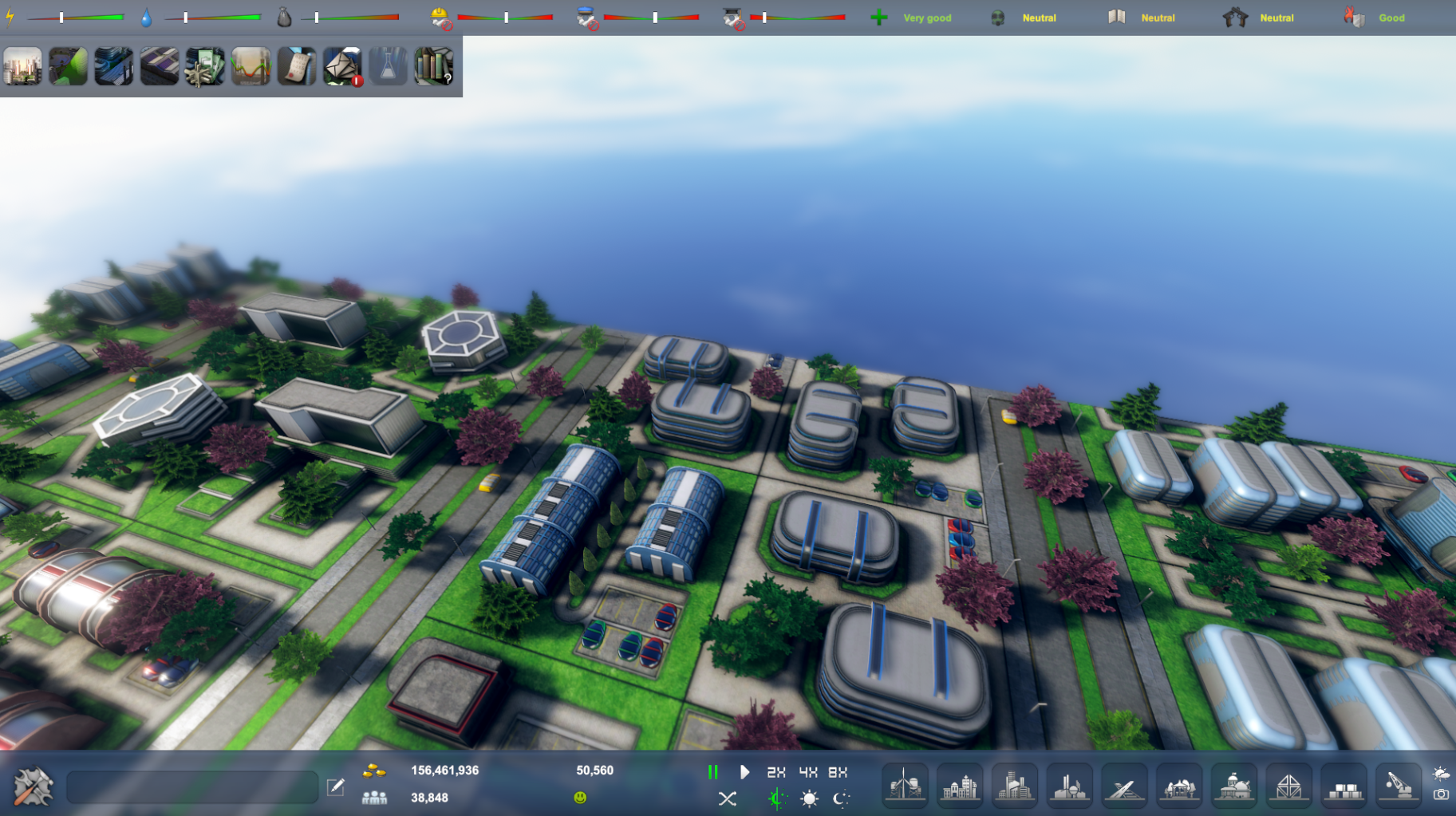 All of this to add a bit more variation. In a future release, probably around the end of september, the small scale RC buildings will be getting another density. So they will be able to grow into slightly bigger buildings with more residents and workers. This will add yet more variation.

For the upcoming full 0.12 version, scheduled for next weekend, there will be a wave power plant and wind power plant placed in water added into the retro mode. Currently, there is also an issue where two buildings not available in the retromode are researchable, this will be corrected in the upcoming version. I’m also looking into more camera control fixes, expanded tutorials and more help documentation.