Version 1.1 is a major update for Planetbase, including a new planet, new structures, techs disasters and a lot more, adding more hours of gameplay and taking the game to a whole new level. 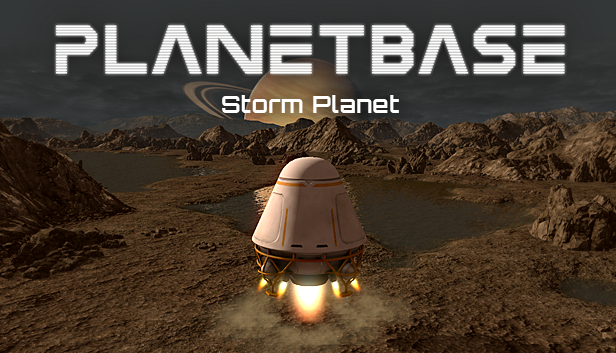 Version 1.1 is a major update for Planetbase, including a new planet, new structures, techs disasters and a lot more, adding more hours of gameplay and taking the game to a whole new level.

These are the details:

The most difficult planet in the game, it requires 12 milestones to unlock and in it you will have to deal with constant thunderstorms, erratic energy generation and limited space, offering a proper challenge for the more experienced players.

- Lightning Rod. Exterior structure that protects from lightning and at the same time can harvest its energy and store in a Power Collector.
- Pyramid. Intermediate prestige structure, that is now required before you build the Monolith.

- Additional track added to the game (one more to come soon).

- AI will now take Medical Supplies or Guns from Storages to Medical Cabinets and Armories
- When taking resources to trade, build, repair, heal or produce, AI will now aim for the closest resource to the target, instead of to themselves
- Engineers and Constructor Bots are very likely to build a structure straight away if they are the ones putting the last material down

- Removed structure and population limit, however after 300 colonists the rate at which they arrive at the base will start decreasing
- Monolith is now a bit more expensive, and requires the Pyramid first
- Planets will require 4/8/12 milestones to unlock (before it was 5/10)
- Colonists can now sleep on the floor if there are no bunks available
- Improved the search for the landing location, the ship should land on flatter areas now
- Colonists can use structures normally as long as oxygen is above 11% (before it was 16%)
- Anti-Meteor Laser has a smaller radius, and will try to only target meteors that are a real threat
- Shortcut for enabling single chart changes from Control+Click to Shift+Click (same as place multiple and trade multiple).
- You can now Shift+Click to trade 10 items at a time
- Added one medic to the starting crew of the Gas Giant Moon planet
- There is now a 2 minute period after landing, where Hydration, Nutrition and Sleep don't decay

- If you have more than 10 bots, the bot died message has less intrusive sound
- Increased savegame version number, saves can not be opened with version 1.0
- Ships don't take off or land during disasters
- Stability fixes