Features:
- Trade overhauled. If you had active trades in your save file, then these will disappear. There have been quite a few changes made to the underlying systems (demand, pricing etc.) so there may be glitches!
- Resource demand. Global demand for goods now affect pricing. Global demands are divided into four groups, raw materials, building materials, foods and consumer goods. Demand for each resource follows the group demand, but with a random offset.
- Goods tickets are in. These are bigger orders for resources that give rewards like resources or modifiers.
- Small family homes/businesses/industry implemented.
- Local economy factor added. Ensure that conglomerates are kept happy (don't demolish their buildings, deliver goods via goods tickets and keep taxes on a fair level) to ensure that production of consumer goods and services are kept high.
- First iteration of inflation and currency value added. There will be more additions to this in the upcoming few weeks. Initially it won't affect gameplay much, instead values are fixed. National bank building required to unlock bonds. The UI will see several changes in the upcoming few weeks.
- Corkscrew pieces for vactrack added. Icons will be updated in the next version.
- Because issuing bonds now requires a National bank building (which is available at 10k population) when you reach minuscredits you are allowed one emergency loan to get things going.

Controls:
- Possible fix for camera moving long distances when there's an FPS hickup. More work will be done on this.
- Reset to default controls option added in optionsmenu (bottom button that says "Allow tilt", reference to the wrong text element, will be fixed for the next update).
- Fix for camera jerkiness and spinning out of control when looking straight up or down when tilt i disabled (which it is by default).

The central change of this version is an overhaul of trade. This was initially scheduled for mid october, but it seemed vital to get this implemented earlier to make sense of other upcoming changes (currency, inflation etc.).
Goods tickets are also finally in. Completing these will grant resources and modifiers and also make conglomerates happy, which boosts production for a while. Tweaks in the reward structure will be made over the upcoming few updates. 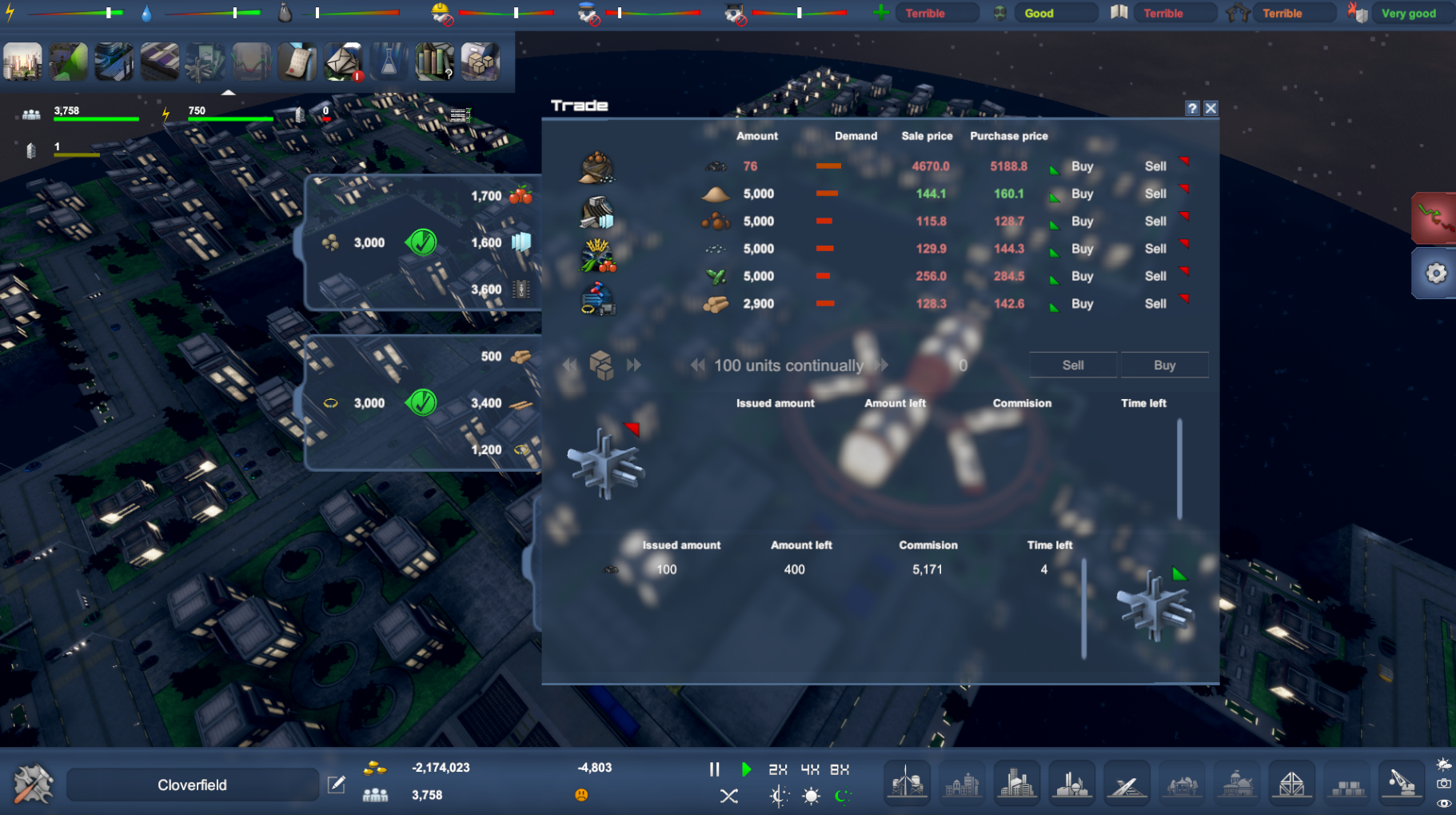 On the subject of currency and inflation, a first, very early iteration has now been implemented. Currently these additions do not affect gameplay much as the values input are fairly consistent. As such, there shouldn't be any major surprises with stuff like sudden onset of hyper inflation. Since currency and inflation is tied in with bonds, the national bank building is required to unlock bonds. This means it's not possible to loan money in cities with less than 10k population (this is the prereq. for the national bank building). As an extra precaution, an emergency loan is granted to the player once, if credits go below 0. 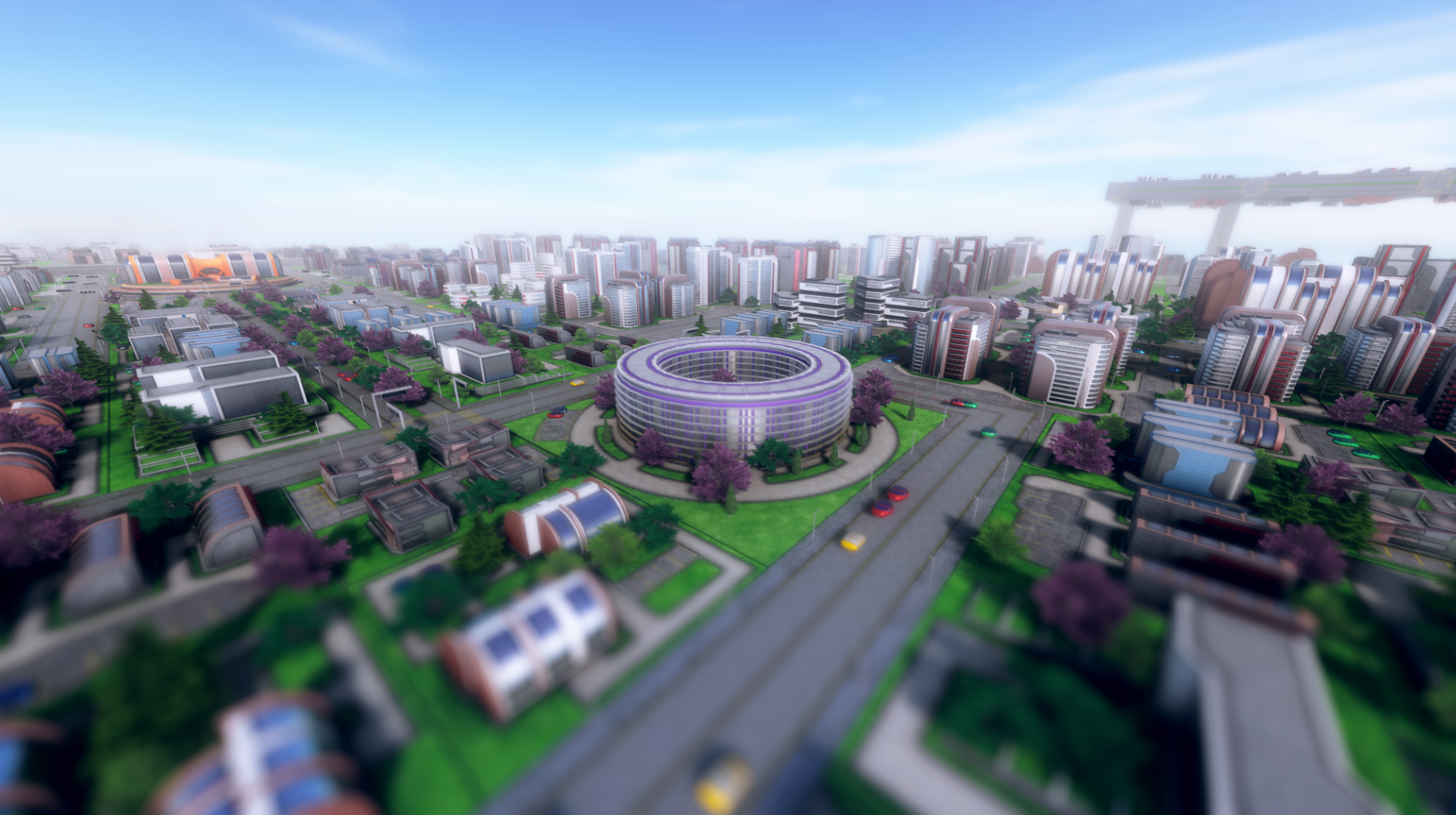 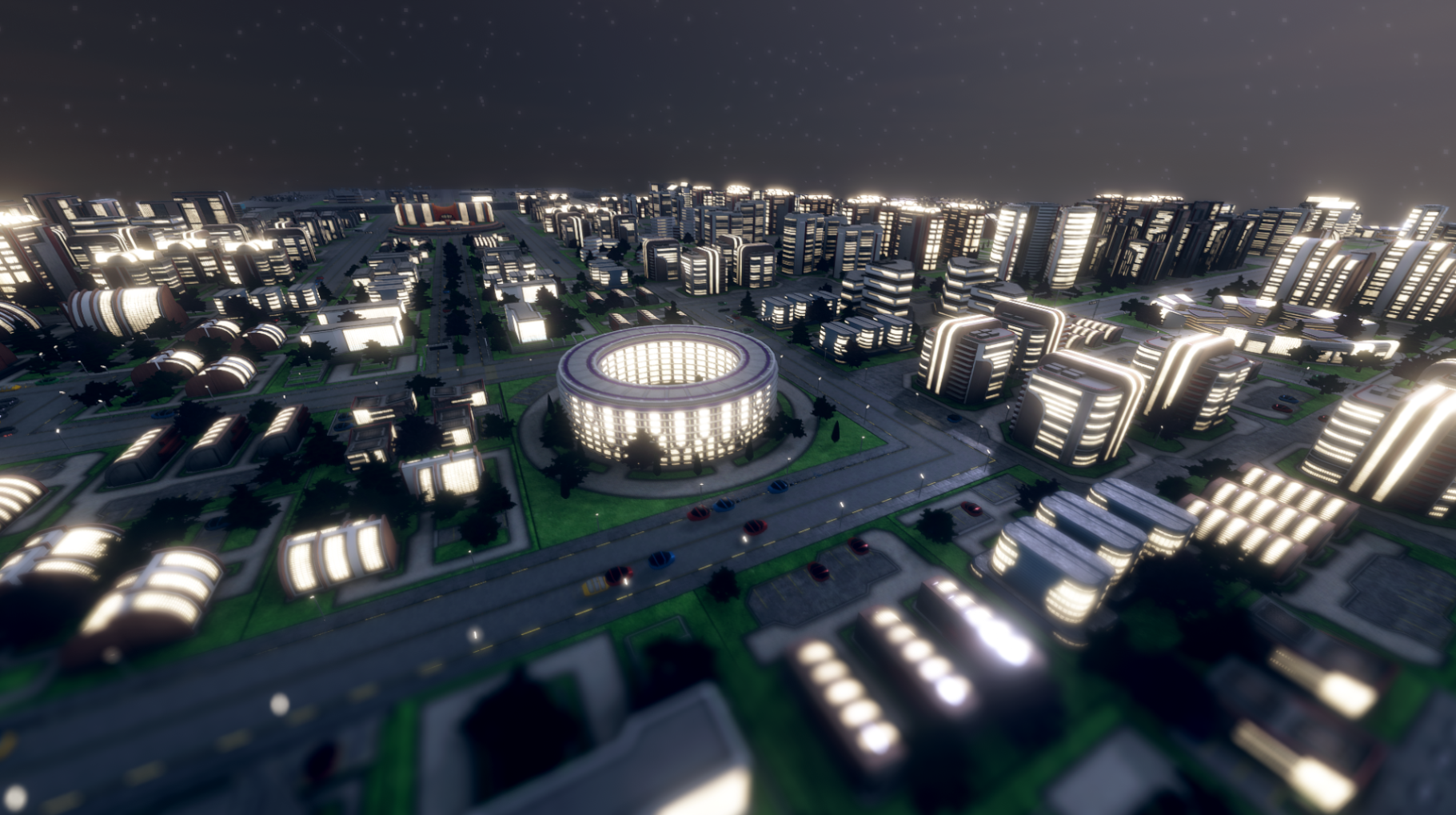 I've continued working on tutorials and controls. The changes to the controls are mostly to ensure that what is there functions well and behaves the way one might expect. There's been a rotation issue when the camera faces straight up or down that has now been fixed. This should prevent sudden jerkiness and unexpected behaviour.
The tutorials have been expanded to include some more information. The controls tutorial has been cleaned up a bit more and the combination of spinning and panning has been added as a hint. This is a movement option I find is one of the most efficient ways of getting around in the game along with just panning and using WASD.
The Humble beginning tutorial has been given a small building materials tutorial. In one of the upcoming updates in october, I will be adding a more intermediate tutorial that delves deeper into production and other resource and trade related topics.

There are some QoL improvements in this version too, FOV slider, the ability to hide the HUD, being able to reset controls to default (although the I missed the button text element on this one... d'oh!). I've taken time to also make some minor brush ups here and there. The atmofleets now have some additional bling with trails and particle effects when landing and taking off. 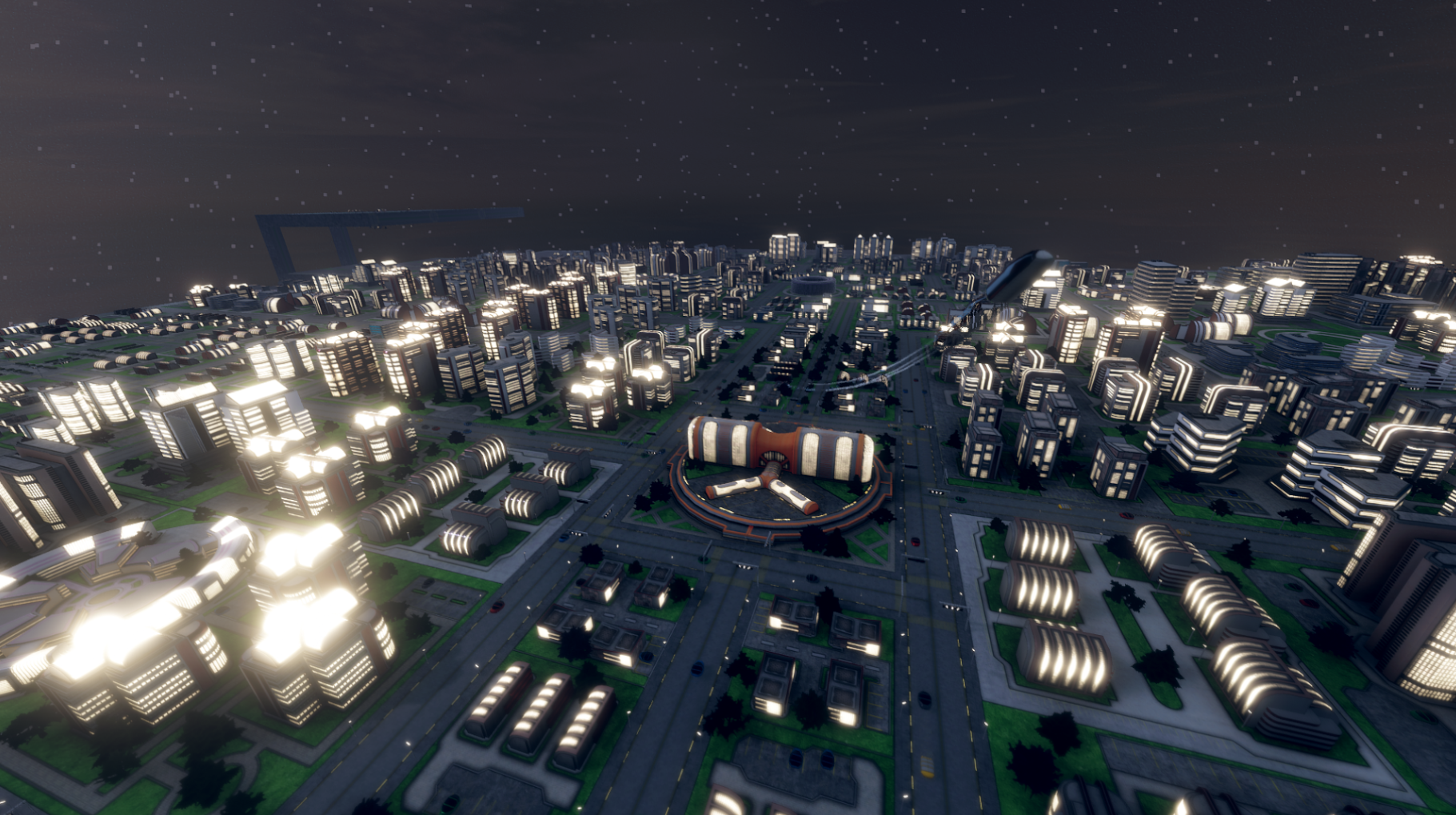 The vactrack system now also has a slightly inclined turn piece that can be used to make cork screw like tracks. Make sure to take motion sickness pills before getting on this commute. ​ 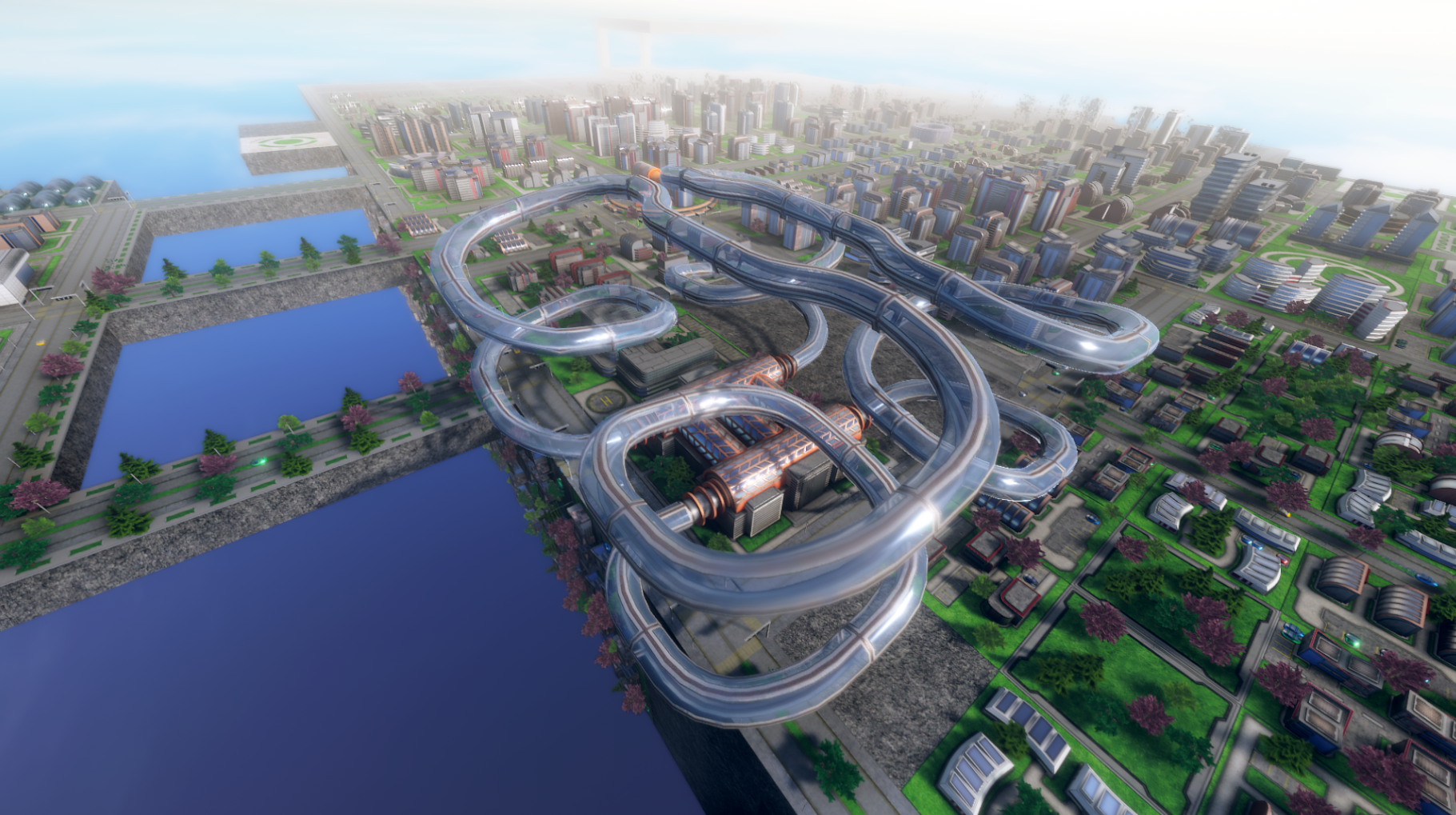 As can be seen, there are a few items that were initially planned for this version that didn't make it in. The mini commercial and industrial buildings among others. This was a tradeoff for getting the trade overhaul in earlier.
Moving forward, the next few updates will be posted weekly, starting the 29th of september, then october 6th and october 13th. These updates will be smaller, and focused a bit more on consolidating feature additions made up until now. So they will be less feature heavy and more geared towards fixing issues and improving newer features.