Inferno missed a deadline, so we are releasing some of our assets.

News by The Dagger as posted on Hard-Light Productions

Since we haven't released Inferno as planned, we decided to at least give something to the community:

Download the Inferno Vasudan Pack from Mediafire or ModDB

Included in the pack are three new upgraded models: the GVB Petbe, the GVF Ennead and the GVF Mihos.
Also included, the two recently released GVB Hathor and GVB Setep.
All models include a retail-compatible table. 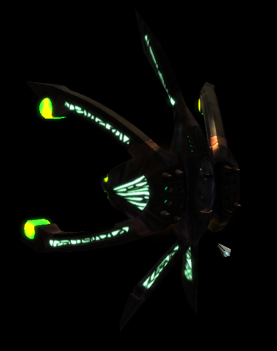 The Petbe is strange even by Vasudan standards. A spiny hull design makes the Petbe rather difficult to hit from its virtually non-existent flanks, and its high speed contributes to its effectiveness in knocking out light ships. The ideal delivery vehicle for torpedoes, Petbes are often used to soften up bigger targets by destroying turrets and weapons systems before the larger bombers come in to finish the job.

Model by BrotherBryon. Textures by Rampage. 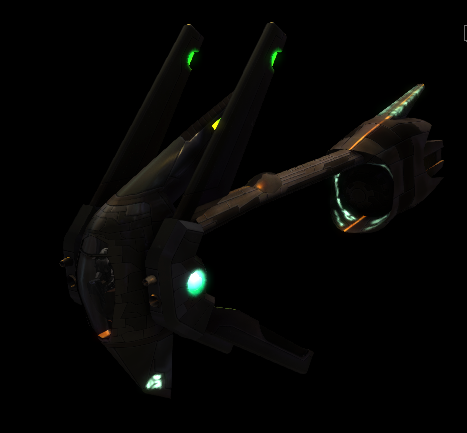 Often considered as the fastest ship ever built, the Ennead is essentially an afterburner with guns. Very poorly shielded, this refined interceptor is useless in most dogfights. However, she excels as a scout and can fill anti-bomber rolls, as her sleek profile and her state-of-the-art afterburner velocity is completely unmatched by conventional strikecraft.

Model by BrotherBryon. Textures by Rampage. 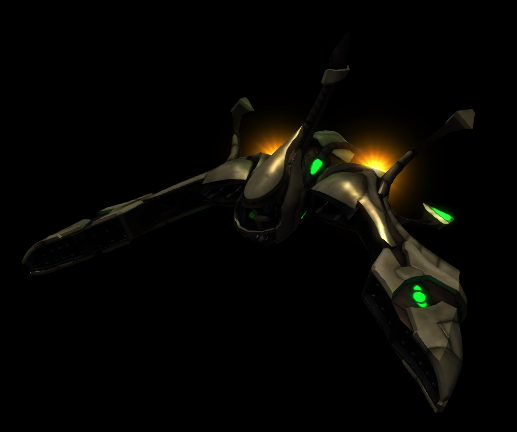 The Mihos is the universal light fighter of the GTVA, in use by both Terrans and Vasudans. Although the Terran version cannot carry Vasudan armaments, and vice versa, the two classes are almost indistinguishable in performance terms. Her two primary banks can be fitted with both energy and ballistic weapons, and her single secondary bank is compatible with all standard missile types. In flight the Mihos assumes the primary dogfighting role, outperforming most fightercraft with its high agility. 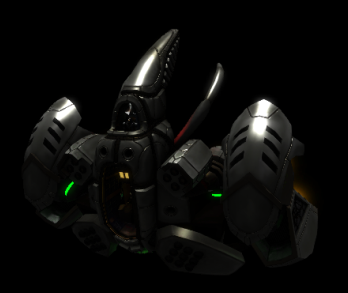 The GVB Hathor was conceived to engage Shivan capital ships and live to tell the tale. As a worthy successor of the GVB Sekhmet, this bomber carries a higher bomb capacity, upgraded shields, ECM defence systems and a subspace motivator designed for precission jumps. In the event of a Shivan Incursion, Hathors are expected to fend off the first waves of capital ships while system-wide evacuation and node suppression contingencies are put in place. Despite its high production costs, Hathor bombers have been incorporated into most Vasudan battlegroups en masse, reflecting the pivotal role the Vasudan Admiralty as assigned them in the event of a new Shivan Incursion.

Model and textures by The Dagger. 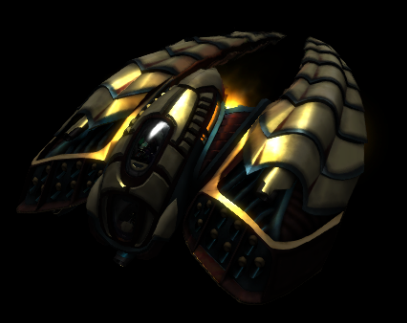 The huge Setep is the largest fightercraft in Vasudan service. Capable of carrying the formidable Djinn subspace strike torpedo, a wing of Seteps is a terrible enemy for a large fleet or superdestroyer to face. Because of this standoff capability, even fighter wings are of limited use against them. Up close and personal, the Setep can still launch a spread of Apophis bombs to kill off destroyers and corvettes.