A great deal of work has been completed, with this milestone finished, the next step is to do a full play test of the game.

I have been working a lot on the back end of the game, updating and overhauling massive core systems of the game, including the lighting and effects system, including a newly updated skydome:

Also lighting effect like fires and torches have had a complete rework. Fire light now looks much more organic and you carry and place torches more effectively. 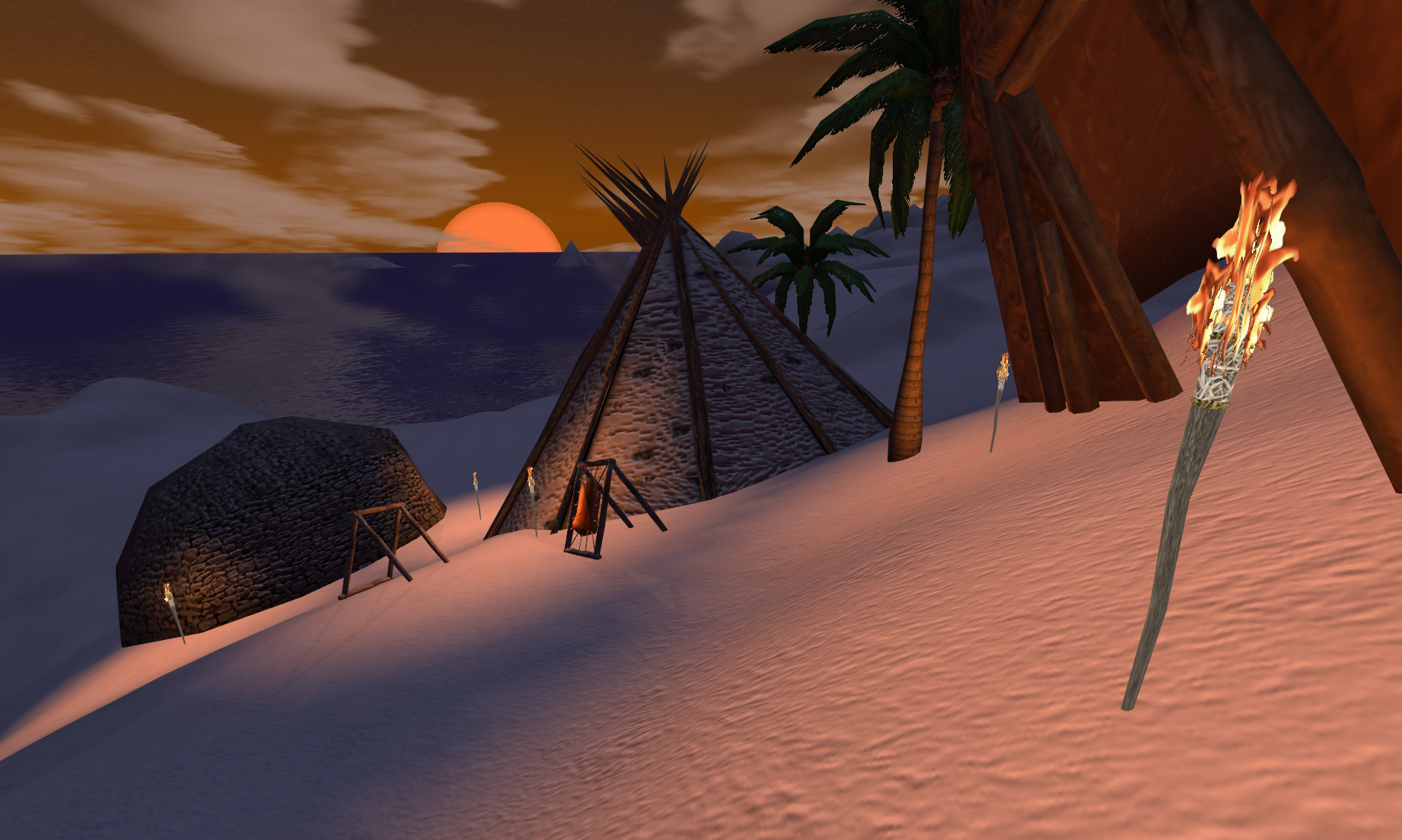 I had some time to do some large overhauls to other complex systems too, like a collision detection overhaul, and multiplayer networking and collision systems. 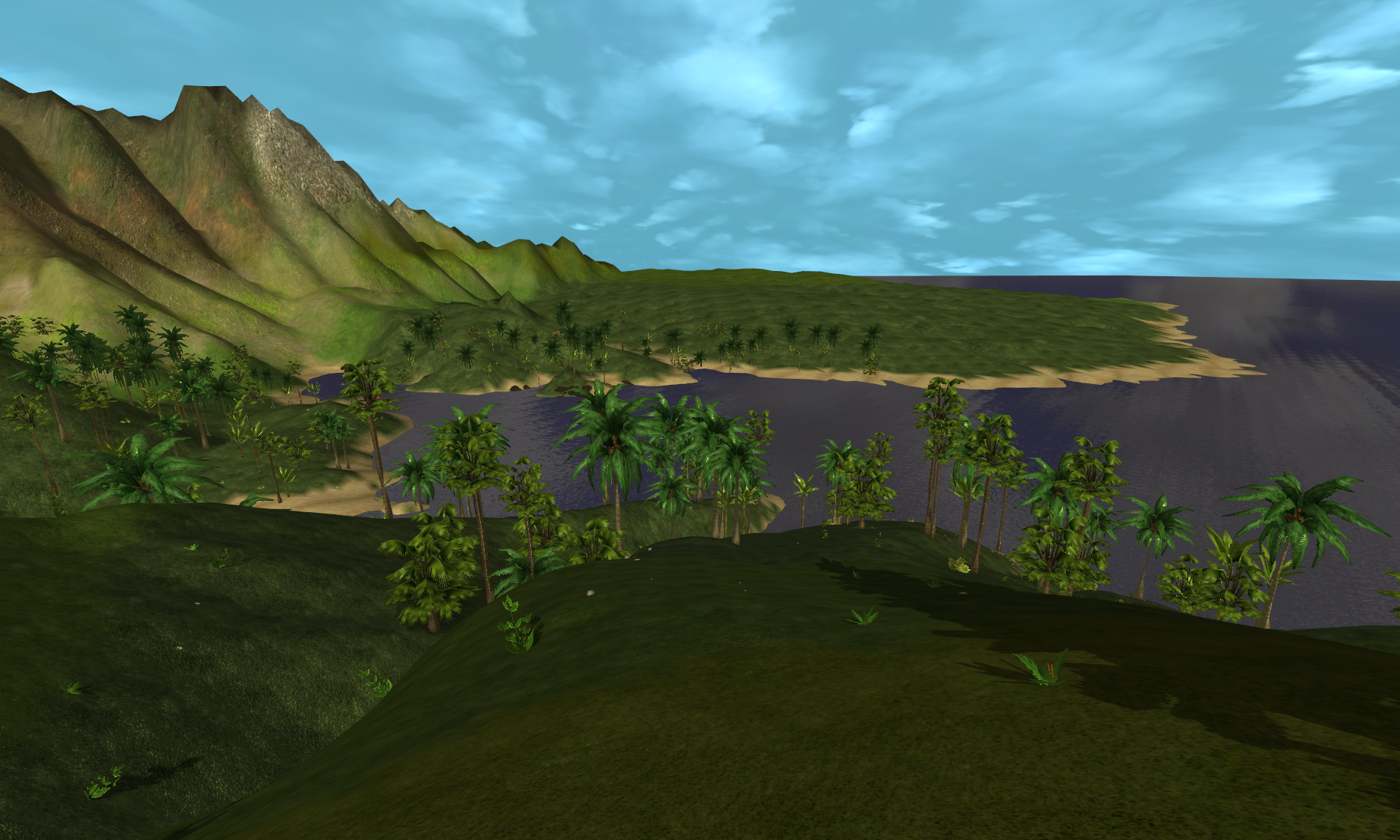 The UI has continued to get an overhaul, making it much more efficient and fixing some usability issues. Also, the right click menu is much more contextual and easier to interact with. 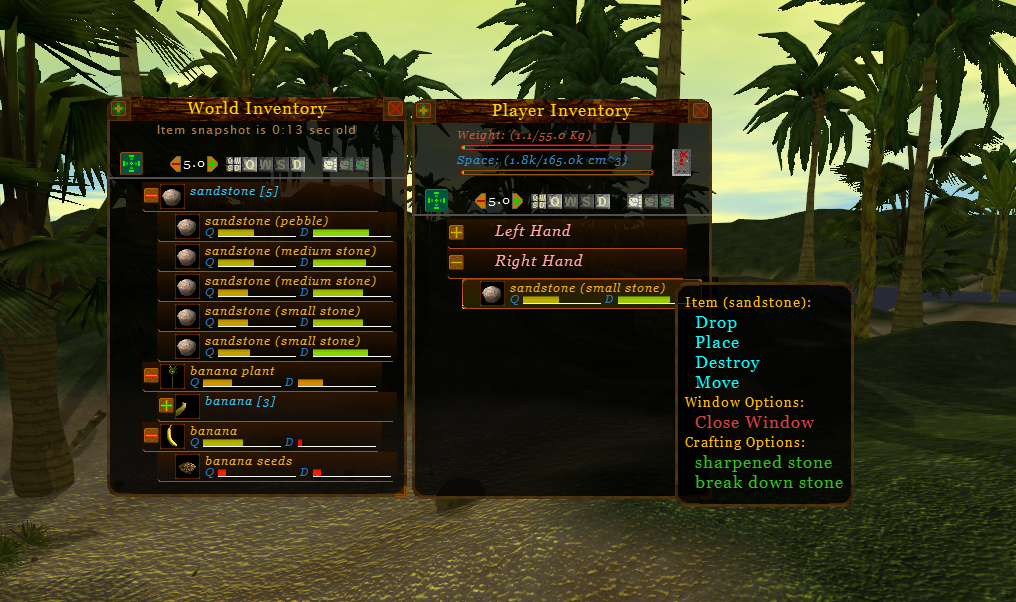 With all of these massive systems overhauled and optimized, it is time to start building villages! That is, testing all the crafts, items, and effects. Although there are no notable known issues with anything in the game, I always feel better re-testing everything again to make sure that the player has the same great experience I do! 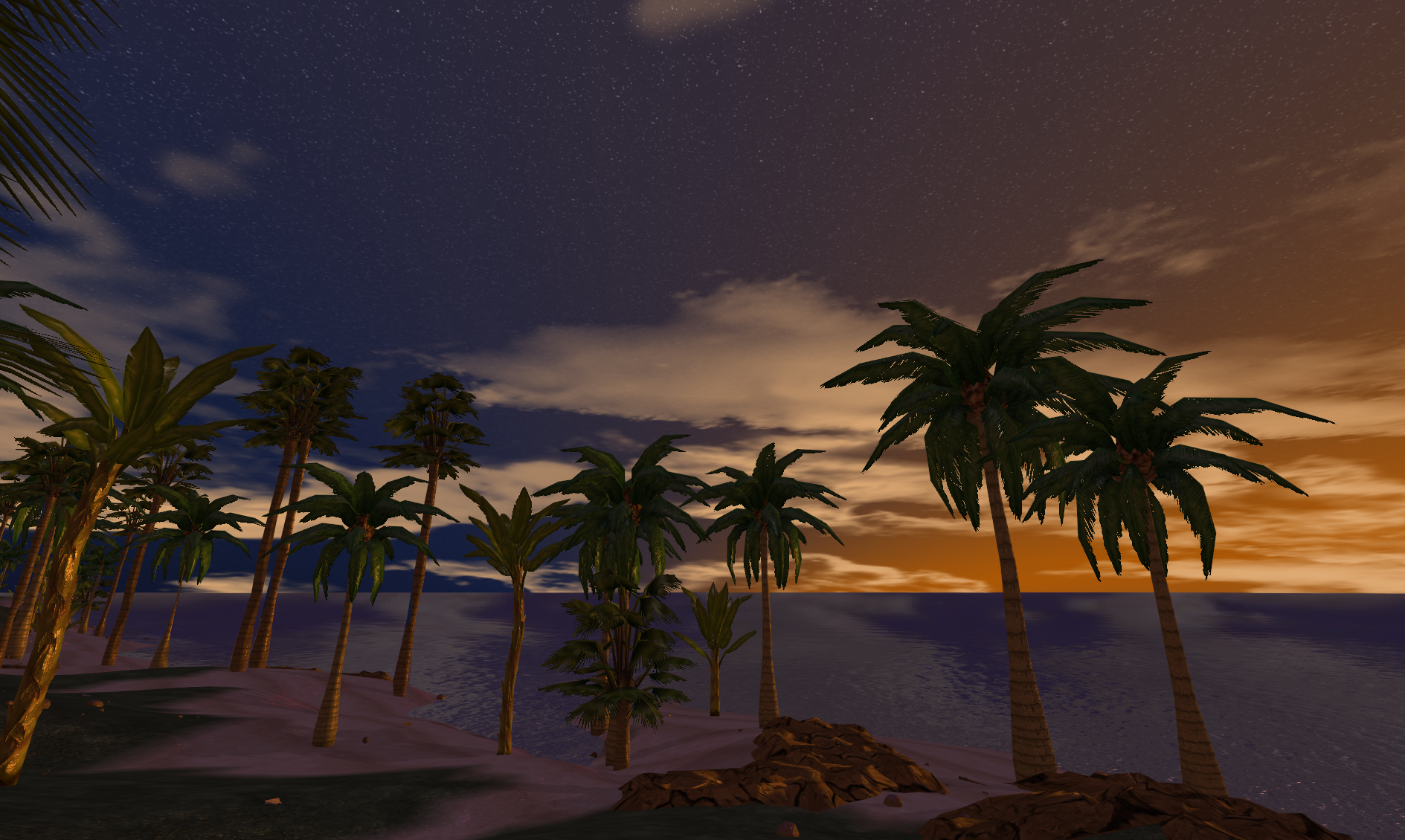