SpaceShip Fuel and Production Update: This update is related to the spaceship, the fuel and the galaxy map. Added new elements like the Robotic Arm SMART and the Transport Conduit.

Added new elements like the Robotic Arm SMART and the Transport Conduit. 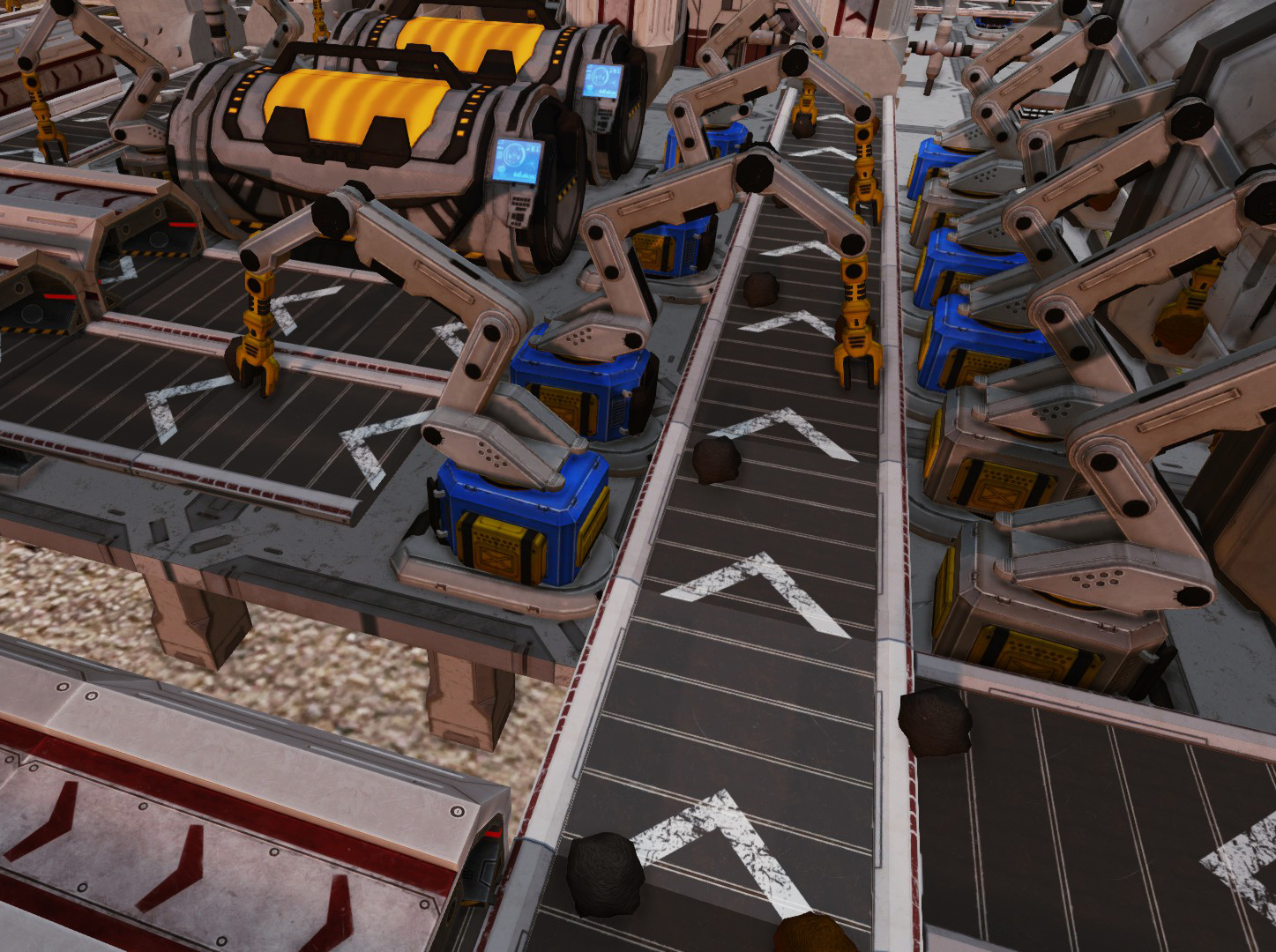 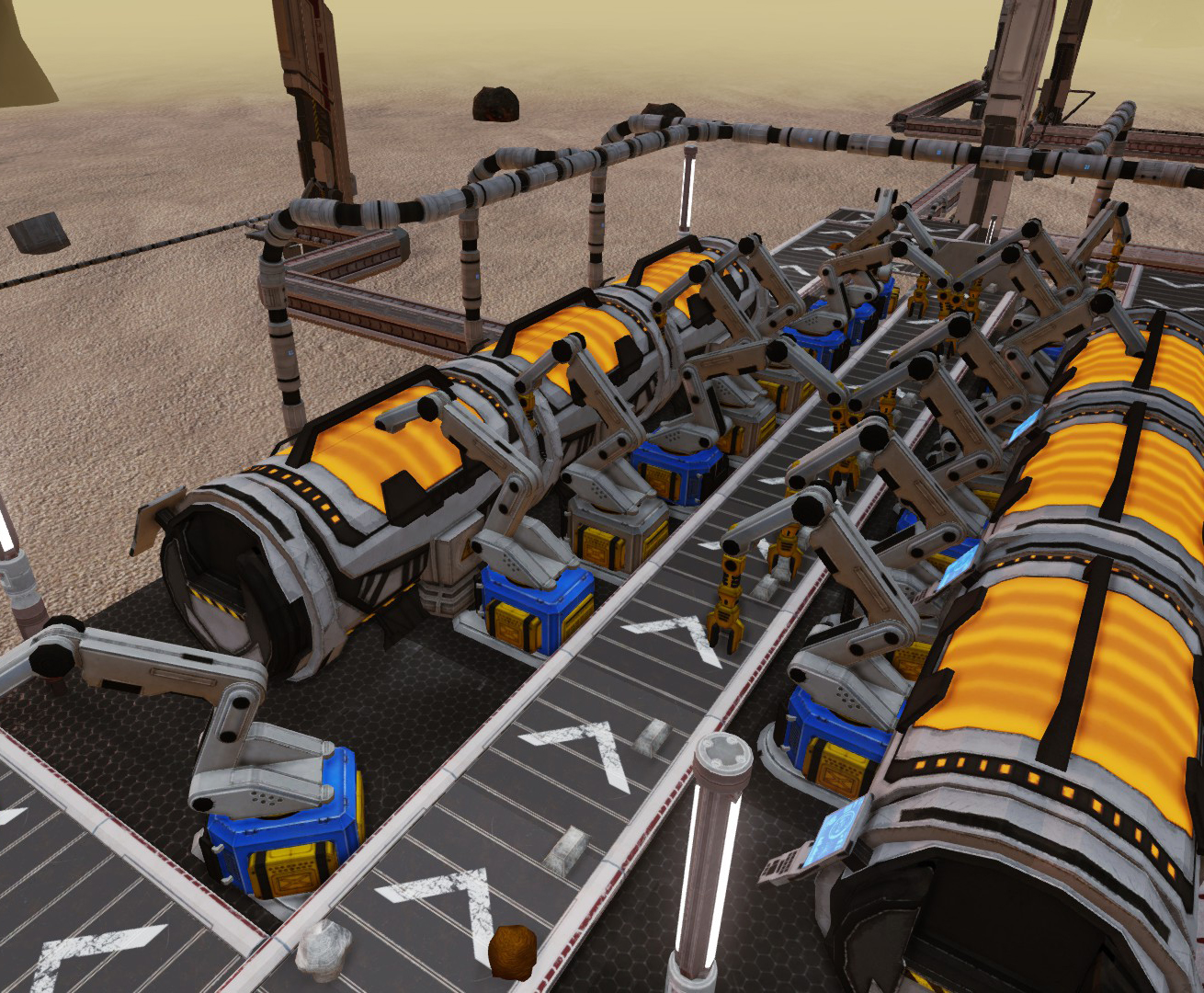 The Setup of the Robotic Arm SMART is really easy, the player has only to select the Robotic Arm and press the Use key, A new info inside the inventory will appear and the player could configure the parameters, like the product that the robotic arm can pick up or the maximum angle of movement. 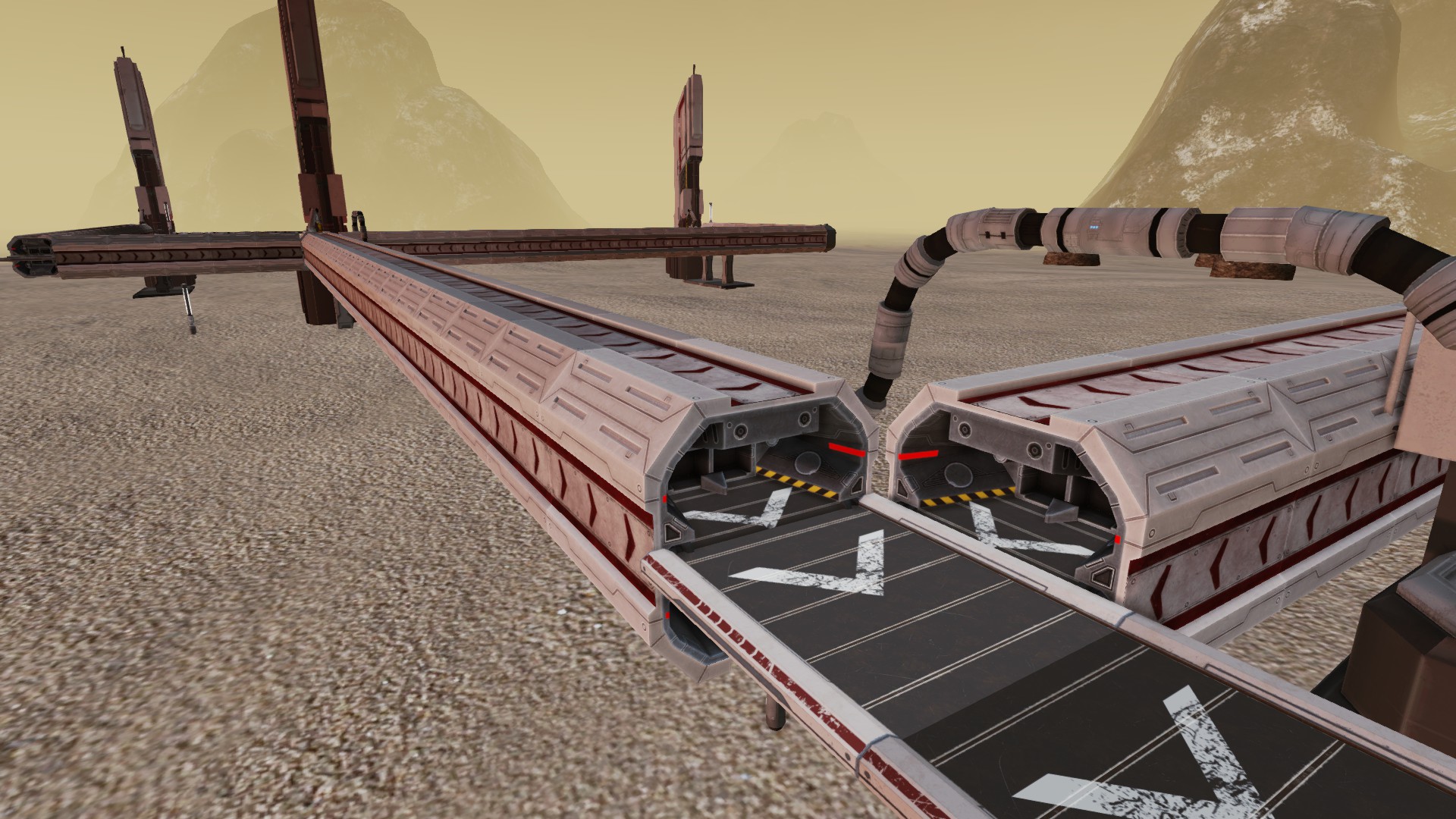 The Transport Conduit is the best solution to avoid the long lines of conveyor belts. it is faster and keep the number of products low.

This part of the update is related to the spaceship, the fuel and the galaxy map. 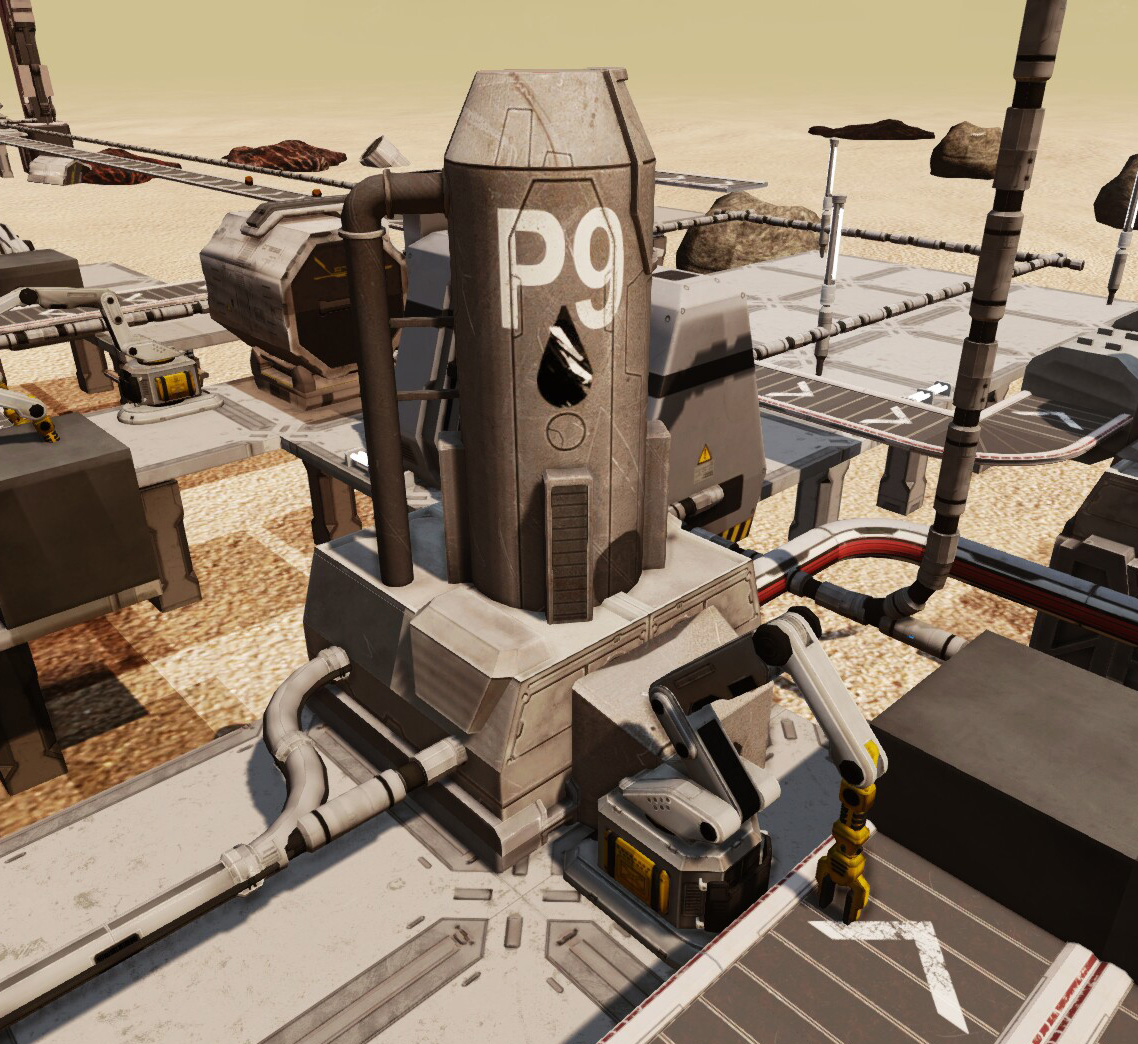 A new machine has been added, the Fuel Generator, It generates fuel from coal, water and electricity. The player will need two of those machines in order to refill a fuel tank. Right now the spaceship needs fuel to travel and the oil is not in the initial planets so this machine is needed before the refinery.

It has been added new info to the spaceship. In the spaceship info you can see the total mass, total fuel, and the ratios power/mass of the warp engine. Now the player has to build the most efficient spaceship as possible because the spaceship has weight, needs fuel to go to others planets and the fuel needed to go to other planets depends on the total mass of the spaceship and the distance. Also the player needs to put engines to the Spaceship, each engine can carry an amount of mass. If the ratio power/mass is greater than 1, the spaceship will jump to the galaxy map. Each engine needs water and electricity, so it is important to carry some water tanks and some batteries if you want to come back to your homeworld. 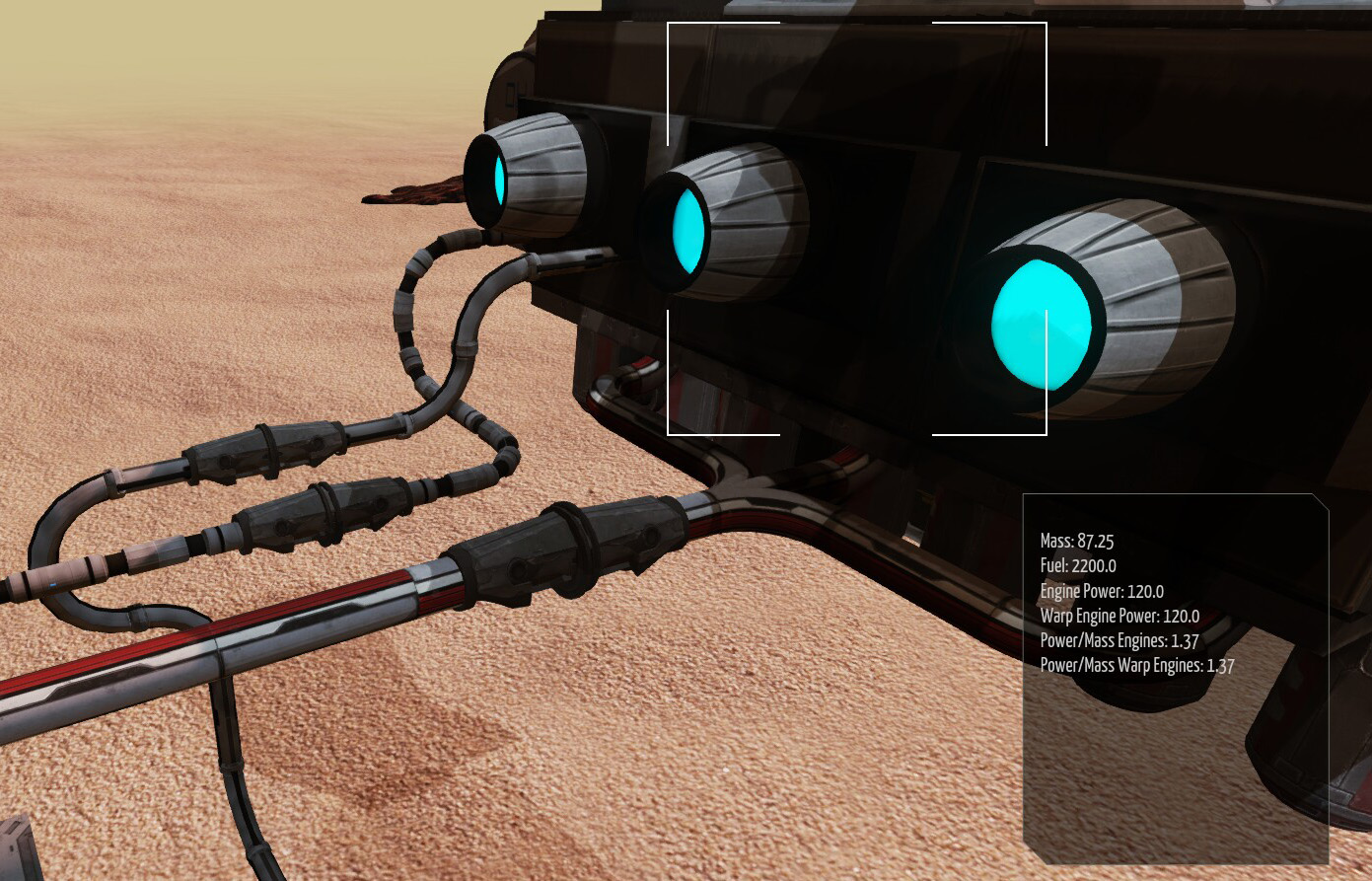 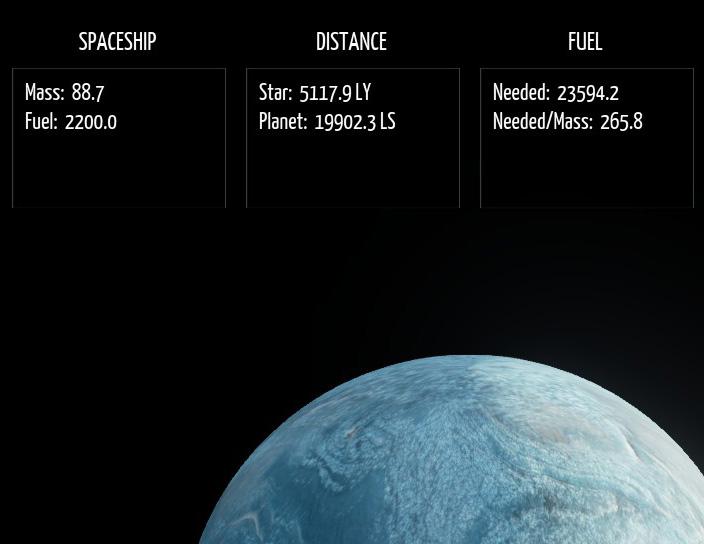