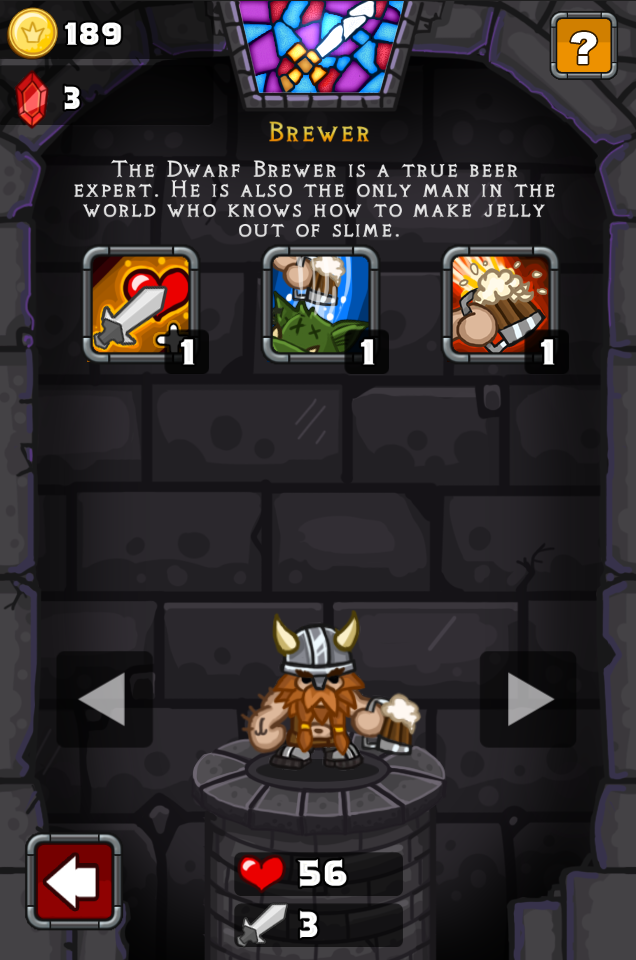 
Is a true beer expert. Relies on his improved stamina to survive. He is also the only man in the world who knows how to make jelly out of slime.

Spell Salvager
When converting spell scrolls to health, more health is gained and there is a small chance to gain attack power.

Hangover
Attacks have a chance to stun the target for 2 turns.