Introducing the O-R-B hint system, its power system and new lighting system. We also get a sneak peak of the three systems in action on 'LIGHT THE WAY'.

Answering the question: 'How do we guide the player through a puzzle without actually giving them the solution?', proved to be a greater challenge than I was anticipating. However out of it comes a re-worked lighting layer, a power system, a hint system and a new puzzle technique: Room Hiding.

Sure we can allow the player to perform a brute force approach and try every element and combination before reaching the end of the puzzle - however this can get stale and somewhat boring very quickly, furthermore it does not allow for the player's mind to run around a puzzle without the player actually, well, running around the puzzle! Keep in mind that the goal of O-R-B is to collect all the all the coloured orbs matching that of the colour of the goal in the least amount of moves possible.

Given the size and the complexity that O-R-B puzzles can reach I thought it fitting to provide some form of a hint system to aid the player along their journey. When thinking up such a system an interesting idea was thrown around: What if we had the ability to see which panel or switch triggered which elements? We could achieve this quite nicely by "powering" items with invisible "cables" - which only under certain circumstances are visible. To make it more challenging we can limit the amount of times the player can get to see this "power grid".

Unbeknownst to me - the inclusion of the hint system would cause ripples down to the core game mechanics as briefly mentioned here:

To ensure that the player does not abuse the hint system, I needed a way to limit its use. In previous versions, Orb had the concept of a shield which would protect it from pulses or explosions. I was not actively using it in any levels so I opted to replace the 'shields' in the game with 'hint activators'. Orb may only carry up to four hints however they can be replenished by collecting hint orbs should the level designer think the player may need more. The radiation symbol is somewhat a perfect fit as when I was discussing this with friends I would use the words 'x-ray vision'.

I have dropped the concept of "Energy" in Orb. After play testing a few levels, I found that the removal of the "energy consumption" rule made the puzzles feel far more forgiving and allowed me to explore alternate routes without worrying about running my energy down. Since the goal is to ensure that you complete the puzzle in the fewest possible moves - then why limit the number of moves that you could possibly take - besides O-R-B puzzles have the potential to be very big!

Dropping the emphasis on the energy consumption meant that I needed to tweak the HUD: I have visually demoted the importance of the blue energy orb by making it the same size image and font as the other coloured orbs. To provide feedback to the player over how many moves they have taken, I added a move counter as well as the game time at the top of the HUD.

The Power and Hint System

I did not like the way that when stepping or pushing a block onto the pressure panel, the affected target is switched off / on immediately. This immediate state switch meant that you would find it difficult to see which element the panel had affected. What I needed was a way to delay the panel, and provide a visible clue to the player indicating which target the panel affected.

After much thought about how to go about this delay in the panels and how to visually indicate which target a panel affects - the concept of a power system was born: The power system actively takes each panel and its designated targets and calculates a path for "power" to follow. Only when the "power" reaches the target does the target react. This was a perfect inclusion for the hint system. Not only did I want to be able to visibly see which elements the panels and switches were affecting when interacting with them, but I also wanted the ability to see which panels affect which element without actually interacting with it.

The power system is now responsible for providing power to all elements connected to it - the player is able to view these "power lines", either through the hint system or while the panel or switch is activated (via the power system). The two images below provide a better explanation:

In the image above the power line is yellow as the gates that it switches off are yellow. This line will change colour depending on what coloured element it activates or deactivates.

After about two days into attempting to code the hint system I came to a realization that my existing lighting system was not providing enough flexibility for me to easily create an aesthetically pleasing effect. I ended up removing my old lighting system and built a new one in its place that would provide the necessary flexibility and be more true to form - not only did the new system work in favor of the power and the hint system, but it also introduced shadows into the game.

The sense of adventure and the unknown 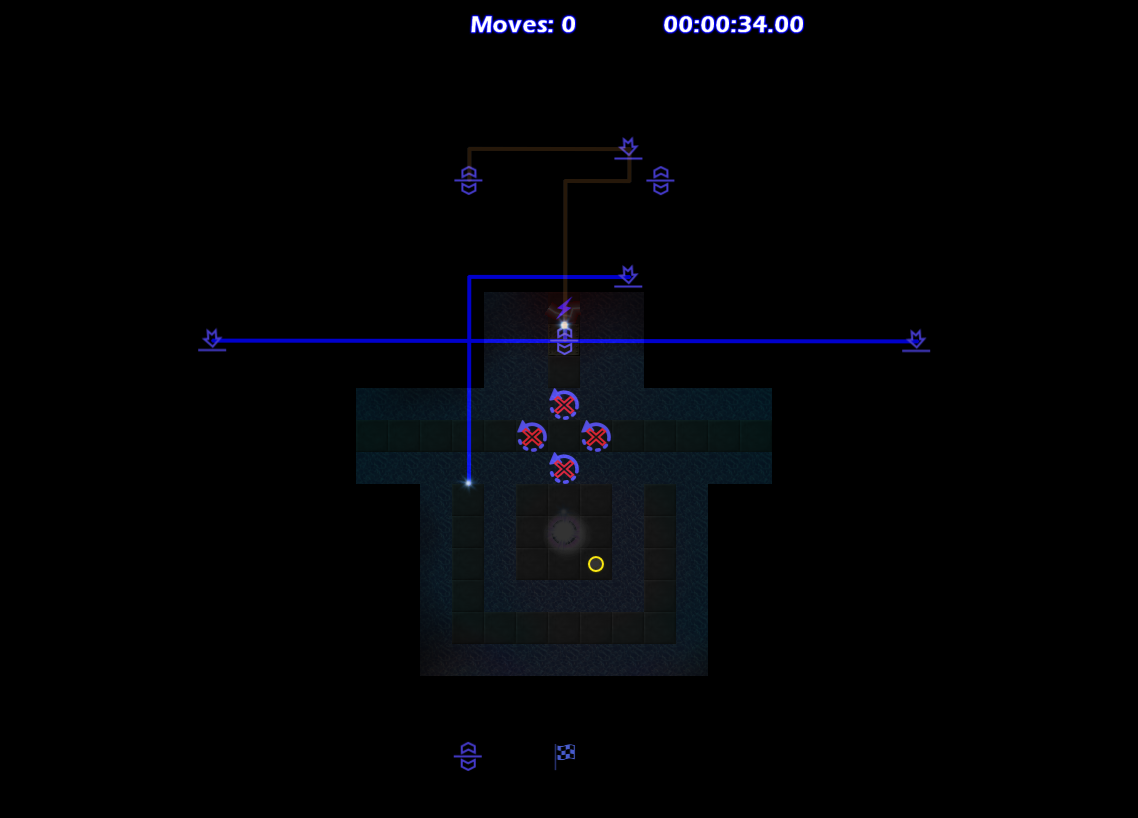 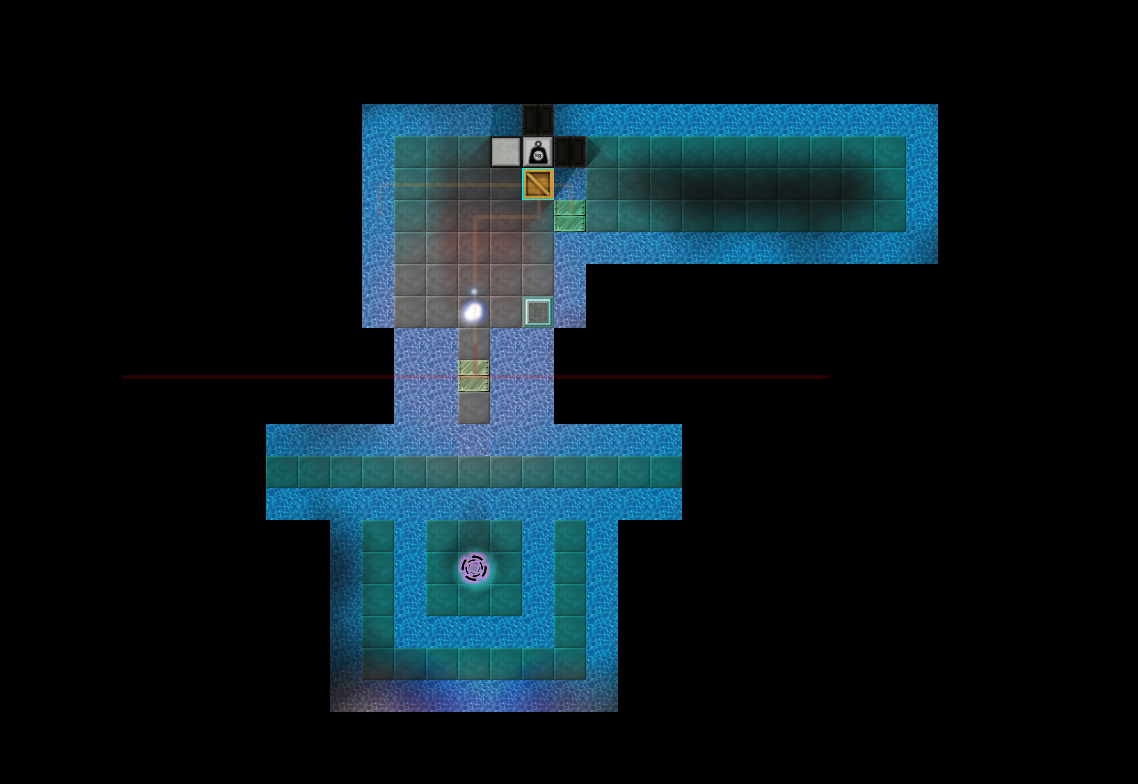 Keep your eye on these updates as within the next two weeks or so I will be uploading some game play footage demonstrating room hiding, and we'll take a closer look at one of the games core puzzle mechanics: Rotation.