This update is focussed at various things. One of these is the much requested repair for Turrets features. Player versus Player updates for balance and playability have been released as well. Two maps got updates with props and the Turrets are partially restyled. All cannon type weapons now have shooting animations as well. As a bonus, a small radar is added as well as an ingame menu. 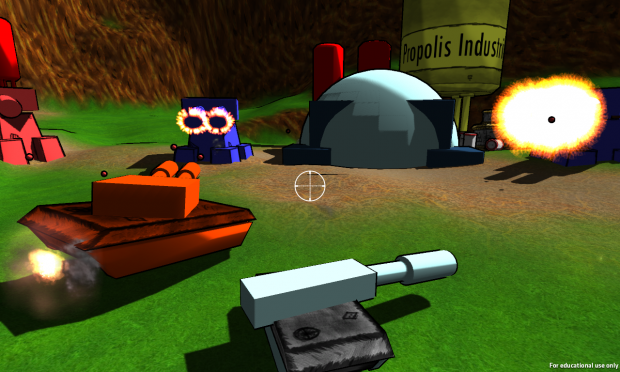 It is now possible to repair your turrets whenever you want. In the turret build menu there is a "Repair Turret" button. Here you get a wrench. With this wrench you can click on the turret you want to repair. If you can repair this turret the wrench will rotate. You pay 50% of the funds of the original turret to restore 10% health per second over 10 seconds. 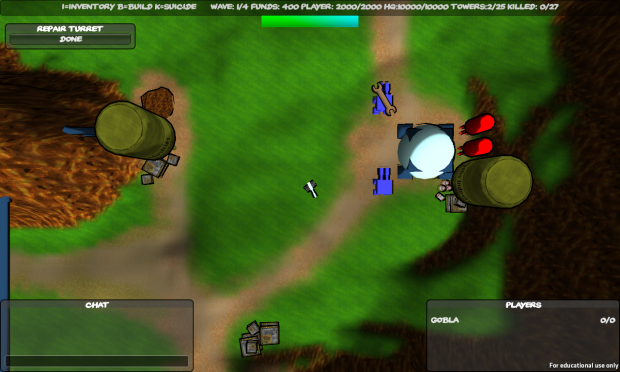 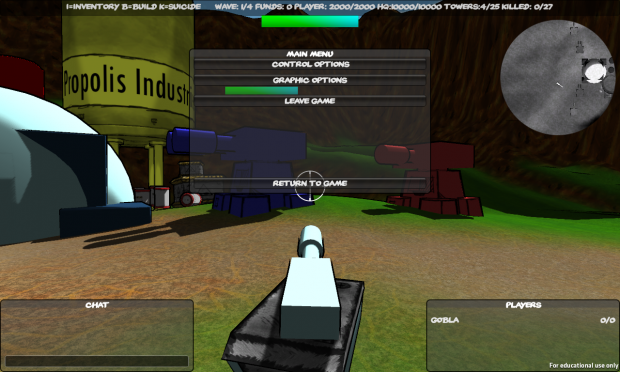 Some maps have props scattered around to give the map more filling. The turrets also have renewed models and textures.

The cannons have been upgraded in style as well as animation. When firing the cannons there is a small recoil of the front barrel as well as a flame out of the nozzle. This effect gives a more lively feeling in the game. 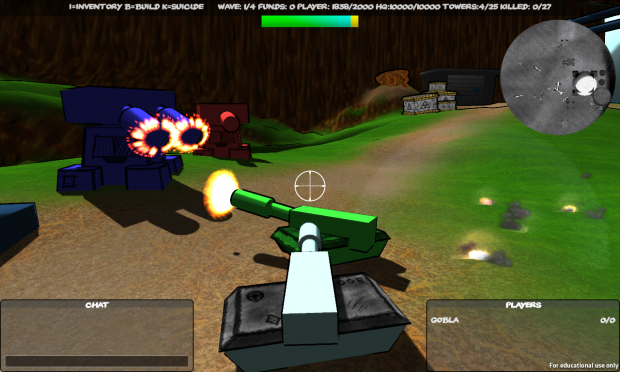 The server that is hosting the game is unresponsive right now. This is a hosting/provider issue, please try again later.