Programmer Ville shares his experiences with the project and Unreal Engine in general.

Hey there! I'm Ville and I work as a programmer here at MGC. I hail from the cold winter wonderland colloquially known as Finland. I'll be sharing with you some of my experiences developing Combat Racers with Unreal Engine 4. 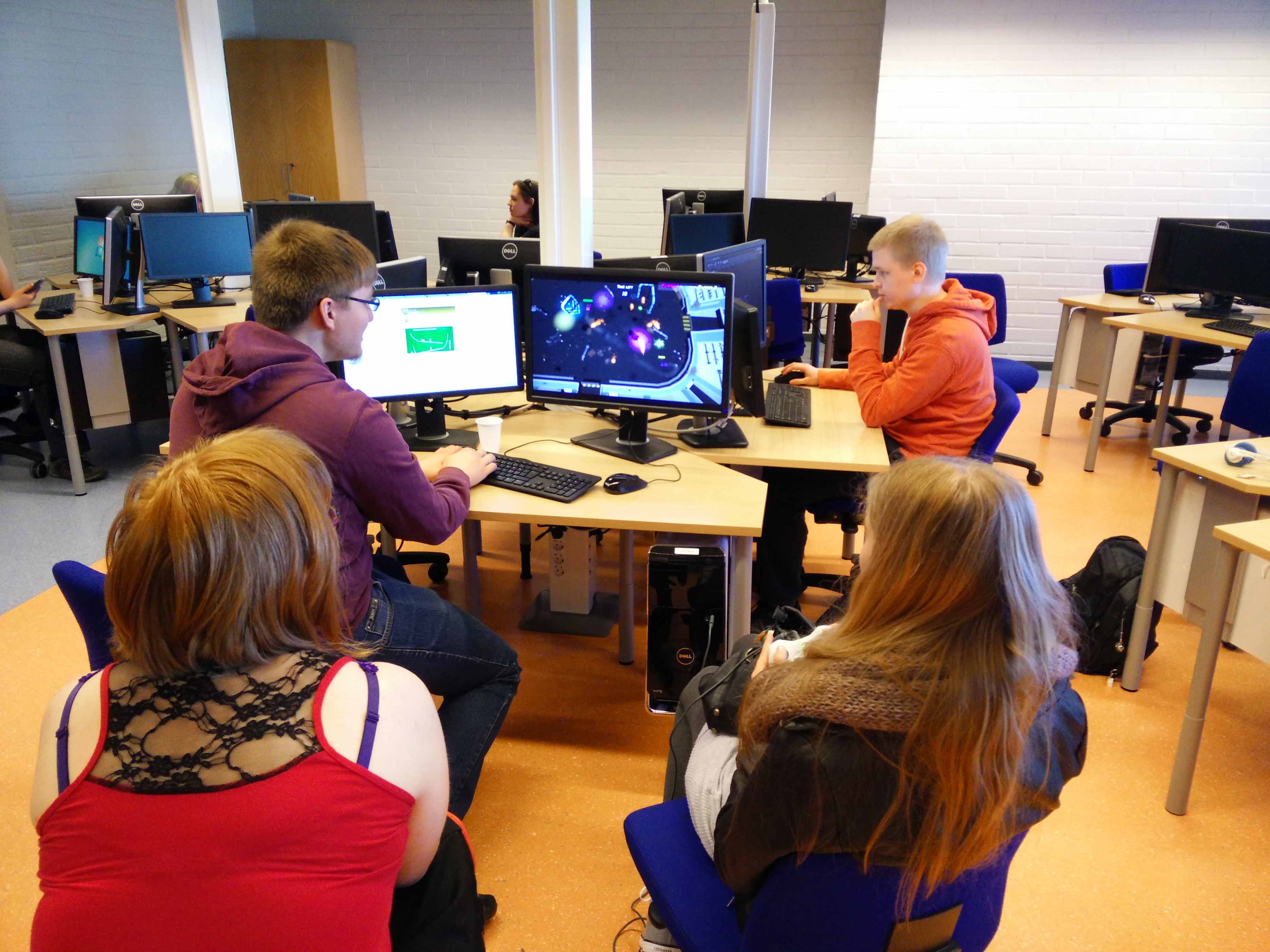 Ville is the one on the right, and the only one not playing - Leevi

When developing a multiplayer game, you can and should sink a lot of time in balancing the game to be fun in whatever way you play. That's why almost every week we find ourselves huddled together around a computer, shooting the shit out of each other, testing how different game modes work or if some weapons manage to wreck other players more than usual.

During the summer when we reworked our gameplay to be more fast-paced, plenty more testing was necessary. We brought in new people to get some fresh opinions and the reception seemed much more positive than previously. We even had one guy ask to take part in any future playtesting sessions.

Build times, at least with our project, were thankfully not that long. When you're trying to fix a bug that only appears in build versions, however, time can start to stack up. One of the weirder issues I came in contact with was when some cars, for seemingly no reason, would float in midair when the round started.

After figuring out that only the alphabetically first car type did this, a fix was devised: a new car type, one that is never used, called Aardvark. To this day I don't know what caused the issue, but it works now and that's all that matters.

Sometimes we find problems that aren't fixable by simply redoing our previous work. That's when an engine update is in order. This was the case back when breaking some of the destructible objects in the level caused the game to crash. The transition to a new version did not always go all that smoothly, as is evident from the footage below.

The bug that was perhaps my personal favourite is when the tail end of a car would start jiggling uncontrollably. Caused by two collision boxes that were never meant to collide, the bug came to be known internally as "swiggity swooty". Many laughs were had, many cars crashed. Sadly the bug is no longer reproducable so we can’t get footage of it.

I've learned a lot since January when I first started working with Unreal Engine. There are things I'd probably do differently now with the experience I've amassed during the project, but that’s okay. I just have to make sure I don’t make the same mistakes the next time around.

That’s it for me today. Thank you for reading and as always, don’t forget to hit us up on Greenlight as well as following our escapades on Twitter and Facebook. Until next time!