Almost a year ago we did a prototype for a game jam, that small experiment would turn into "A Place for the Unwilling", check it out!

SUPPORT US ON KICKSTARTER

On today's update we would like to talk about how "A Place for the Unwilling" was born.

Almost a year ago we decided to work together and make a game for the Adventure jam, in which participants had 14 days to publish an entry, but things never turn out as expected, we had a festival to attend, so we ended up doing a prototype in less than 72 hours.

We had to reduce a lot the scope of the design and the result of that game jam was "The Night Henry Allen Died" (available on itch.io). It had many big flaws and a lot of the planned features had been cut off but we liked it.

Many months later, once it was time to start a new project we decided that we would spend a month just doing prototypes, so we could choose one and work on a full-release. When we were about to begin we realized that "The Night Henry Allen Died" already had everything we were looking for, we liked it, we had seen many people enjoying it and we knew how we wanted to expand the project; so instead of prototyping more ideas we just started prototyping some of the mechanics in "A Place for the Unwilling". 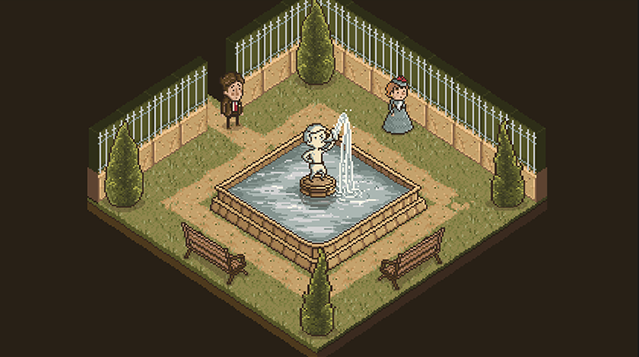 Thanks to youtubers who recorded their gameplays we were able to learn a bit more about the way people interacted with the game and which things needed to change. "The Night Henry Allen Died" couldn't be simpler, just 5 rooms with 5 characters, a shallow dialogue system and several objects to examine, but it was the seed from which "A Place for the Unwilling" appeared.

These two games have little things in common, only the view, the setting and the fact that both are focused on narrative, but the rest has changed and evolved.

If you hadn't played "The Night Henry Allen Died" yet you can play it on itch.io. Enjoy! :-D

A Place for the Unwilling Adventure
Related Engines