The next public alpha is here! This is an improved prototype with better appearance, improved AI, and a re-written code base to make future development more streamlined. 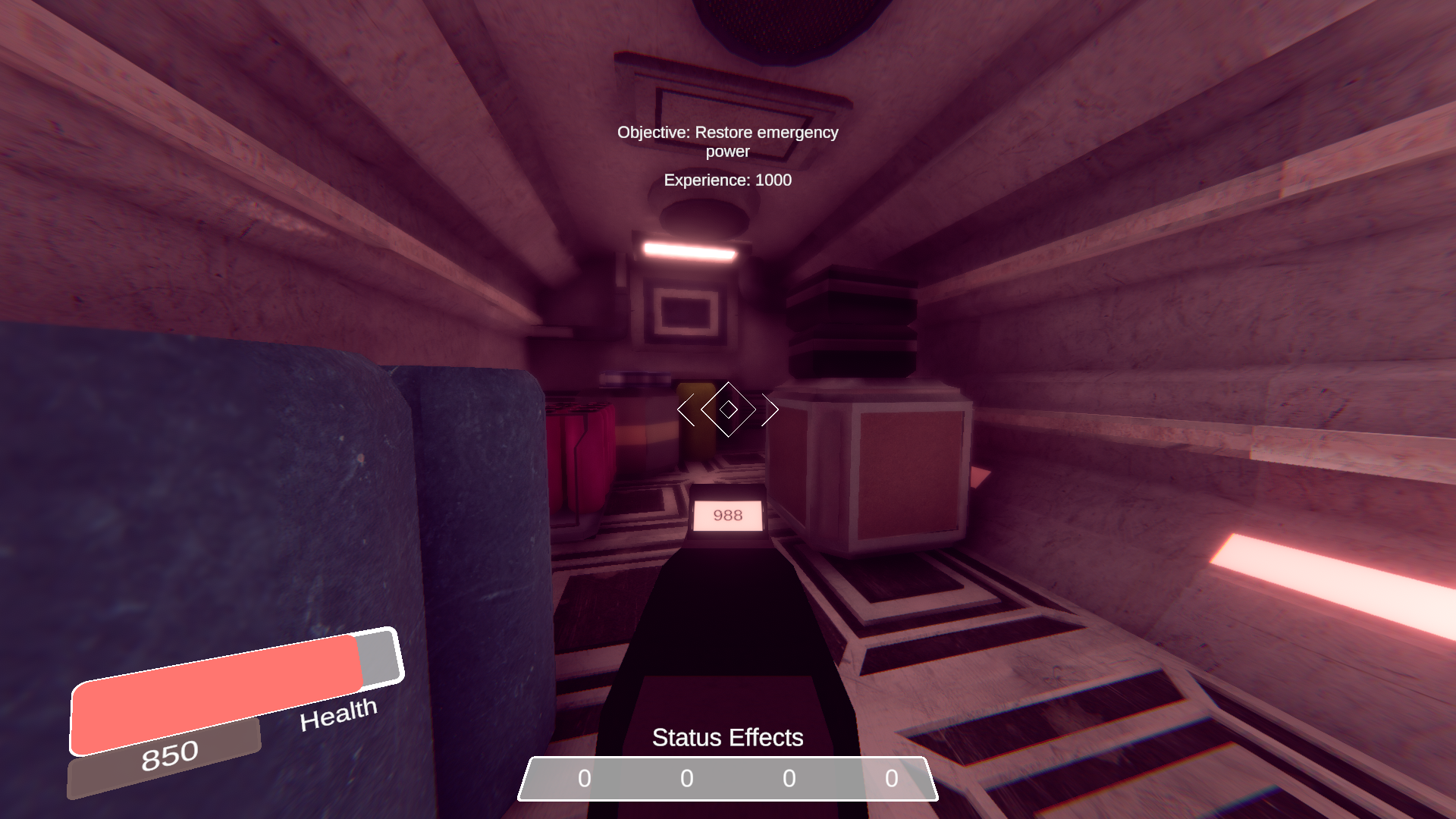 This project was on a temporary hiatus because my previous semester at university was fraught with academic project after project. Once break hit, I worked tirelessly on a new prototype. I wasn't happy with the direction some of the code was going, so I re-wrote it to completely free it of any entanglements while also fixing some bugs with the AI. 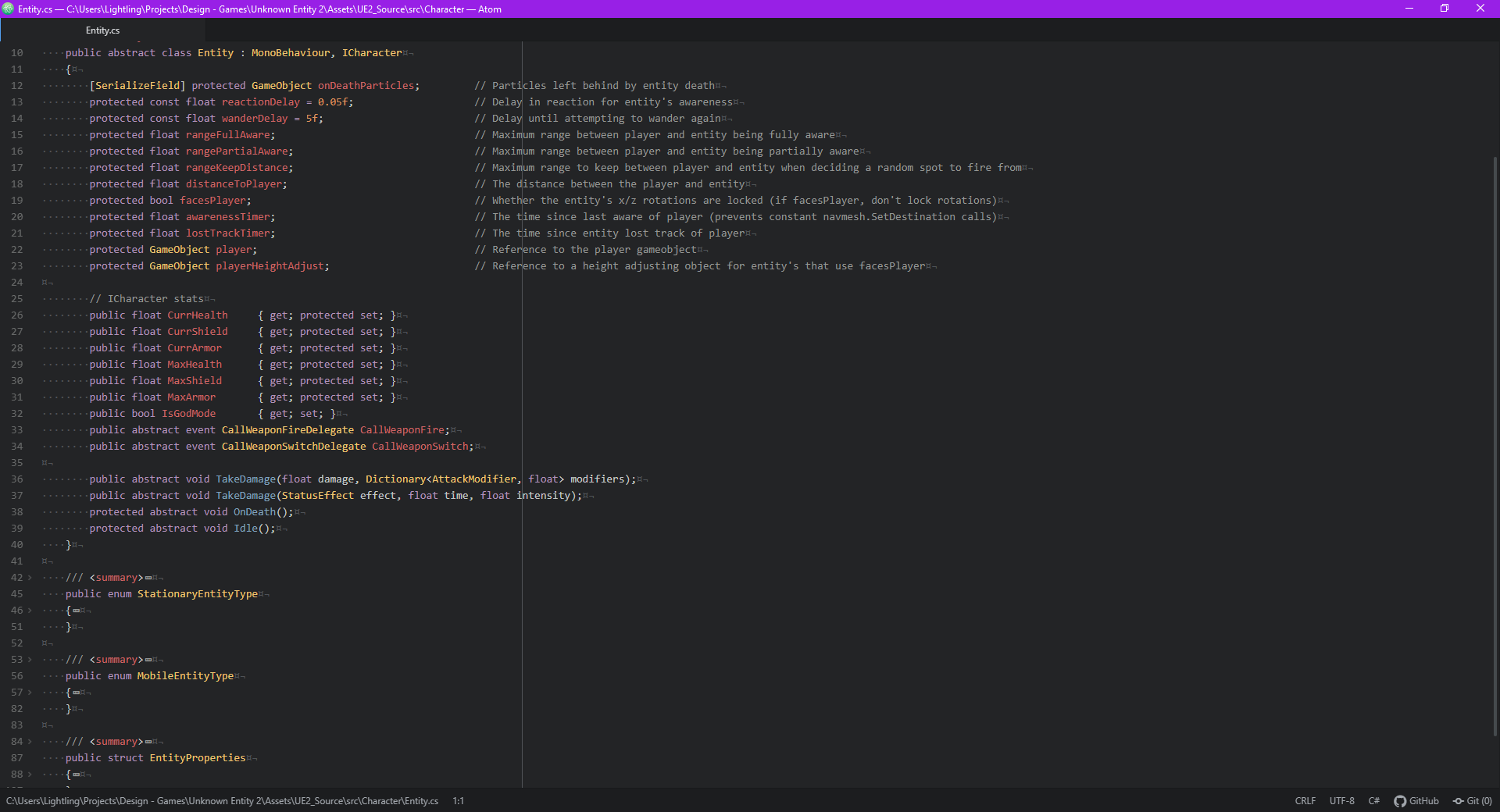 When I first started work on the update in October, I began to work on untangling the code. It was about 3/4 untangled, but it left sort of a mess that I still wasn't happy with. In December, due to frustrations with HDRP in this project and others, I decided to switch back to the built-in render pipeline, fixing materials/etc. that became broken in the process. After that, I realized I wasn't happy with the quality of some of the models. From there until late January, I worked on cleaning up and creating new models for an overall improved aesthetic/quality. These models are available under CC BY 4.0 here. Prefabbing and setup in-engine occurred as batches of models were completed. 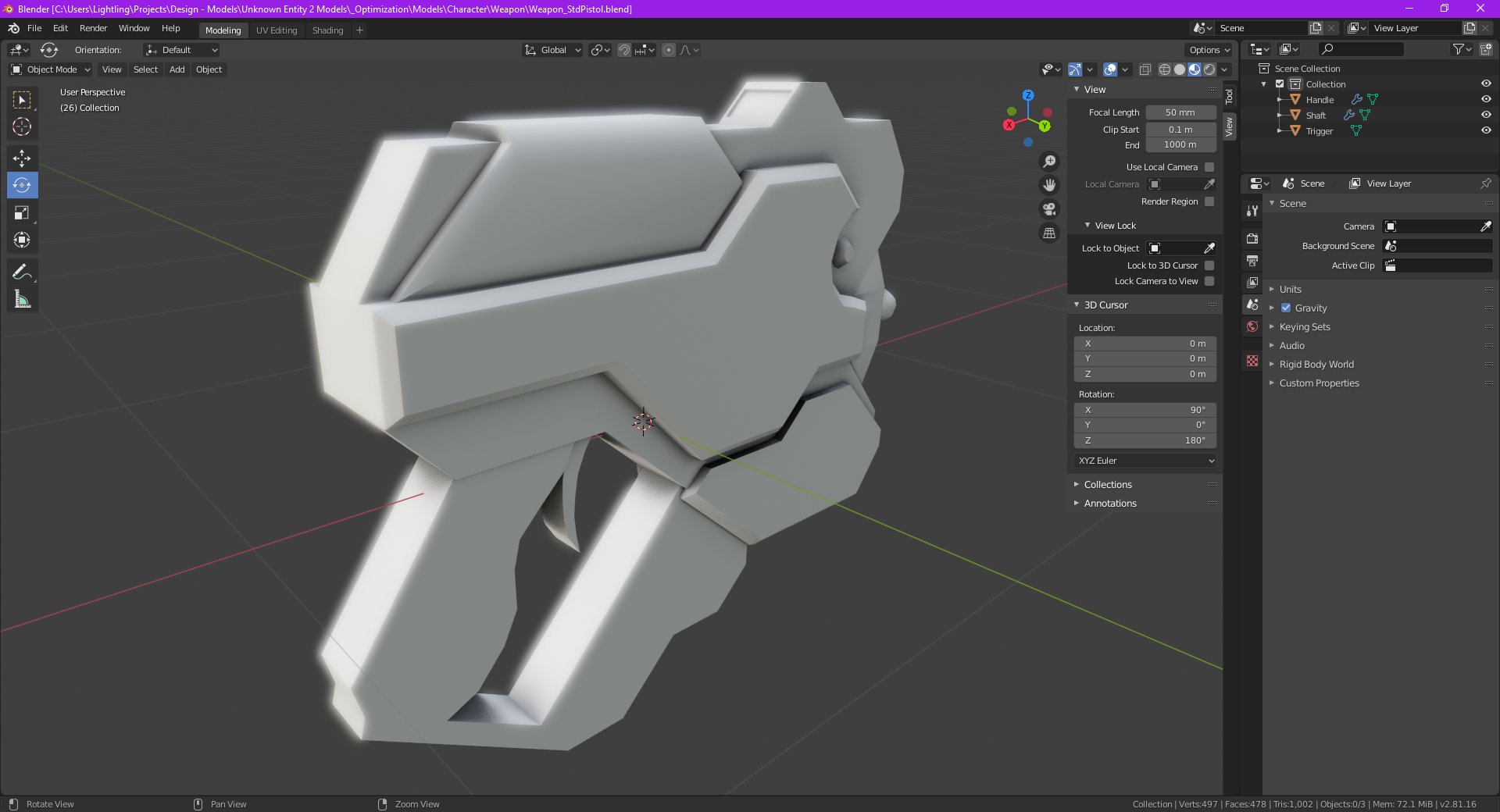 Toward the end of January (starting from the 24th), I decided to rewrite the original code. The fundamental functions were still there, but much how things were set up required some thought. Like with another project, MinimalMiner (not yet on IndieDB), I made things much more event-based rather than requiring dependent references between classes (which was also how the first UE was, except UE was much worse). I also implemented my own controller (taken from a horror project I was working on for fun), so that I could be completely free from third party assets/packages (with the exclusion of some textures/sounds). I made some improvements along the way while rewriting the code, fixing some issues with entities such as the PHE.

The last thing that I took a fair amount of time trying to set up was lighting. I fixed up/optimized the models/import settings to allow for better baking (both in terms of time and visual quality). I also determined that realtime GI was not going to be ideal for a scene this size (plenty of issues kept occurring, such as the lighting not actually showing up in play-testing, inconsistent baking/quality, and output size). This is why the original emergency power objective no longer in realtime affects lighting - in later builds, there will be separate scenes (one with all lights and one with only emergency lights baked). The current quality is much better, combined with the better optimized post processing in comparison to HDRP. 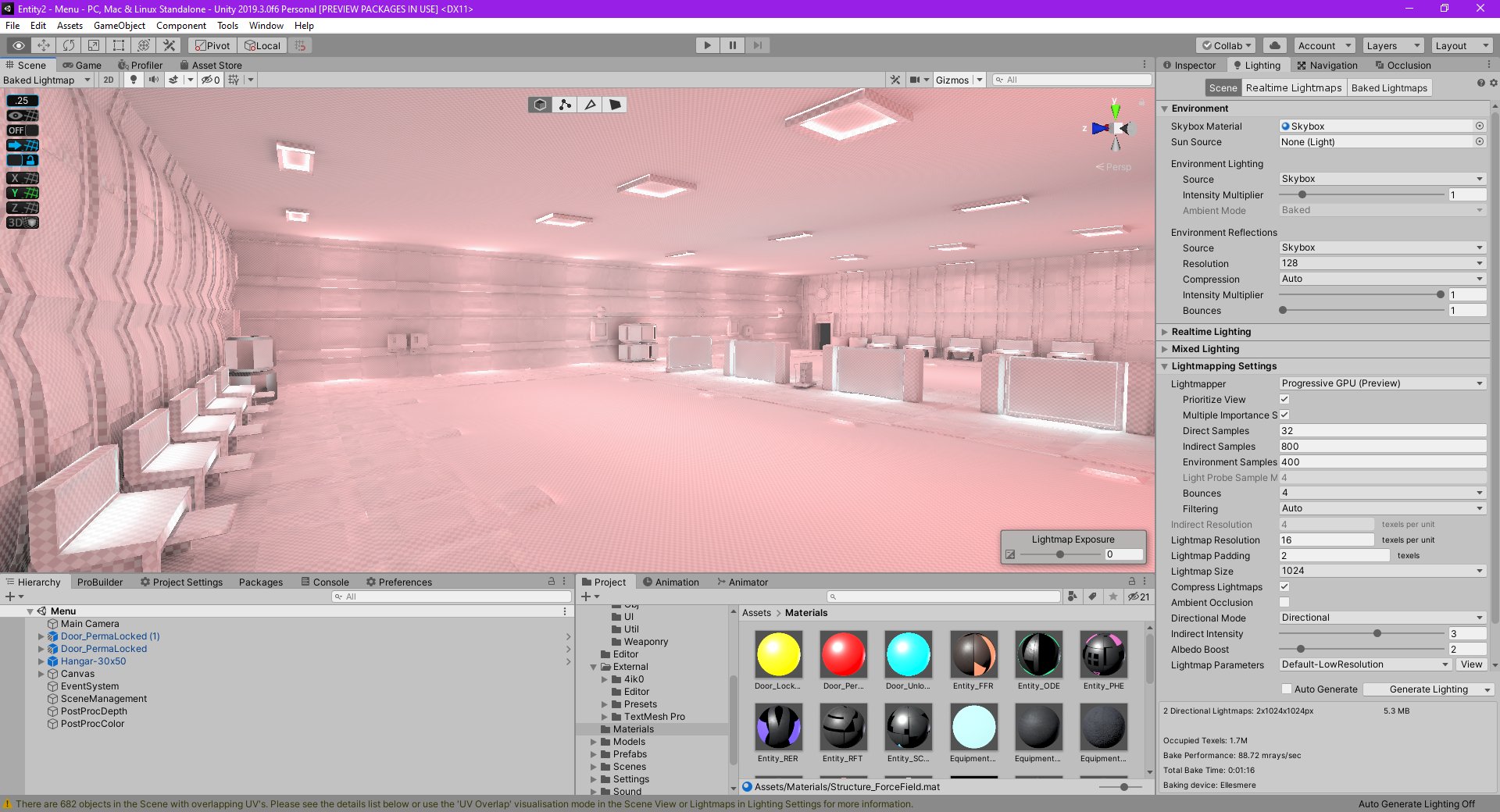 Screenshot of the improved lightmap

As always, the source code is available via here. The source repo also contains some extra screenshots and videos taken during the development of Unknown Entity 2 (typically taken to be uploaded to my Twitter). Please note: the prototype currently has no settings. As such, input is currently hard coded, and post processing cannot be disabled. Post processing has functions such as depth of field and motion blur which may have an effect on the player. Post processing can also be hardware-intensive, so the prototype may not yet be performant on less powerful or older hardware.