AI Vendetta has been out for a little while, but that doesn't mean we've stopped developing it! This update includes fixes, improvements and completely new content!

AI Vendetta has been out for a while but that doesn’t mean we’ve stopped developing it! We’ve been looking at some of the bugs that were still left in the game as well as possible improvements to the game. Therefore, we’ve come up with several bug fixes but also some improvements to the game, focusing mainly on making the AI more challenging by adding new behaviors and refining the existing ones. Additionally, it’s the holiday season, so we’ve added a festive surprise to the game as well as bonus content for those who complete the game! So give AI Vendetta a chance if you haven't already, it's on sale on Steam until the 2nd of January!

Be sure to let us know your thoughts on the game, especially if you run into any issues while playing!
You can reach us here, on Steam and through our website.

Below is a list of all the changes for update 1.002, note: this list may contain spoilers! Don’t read any further if you don’t want to see spoilers for the game! 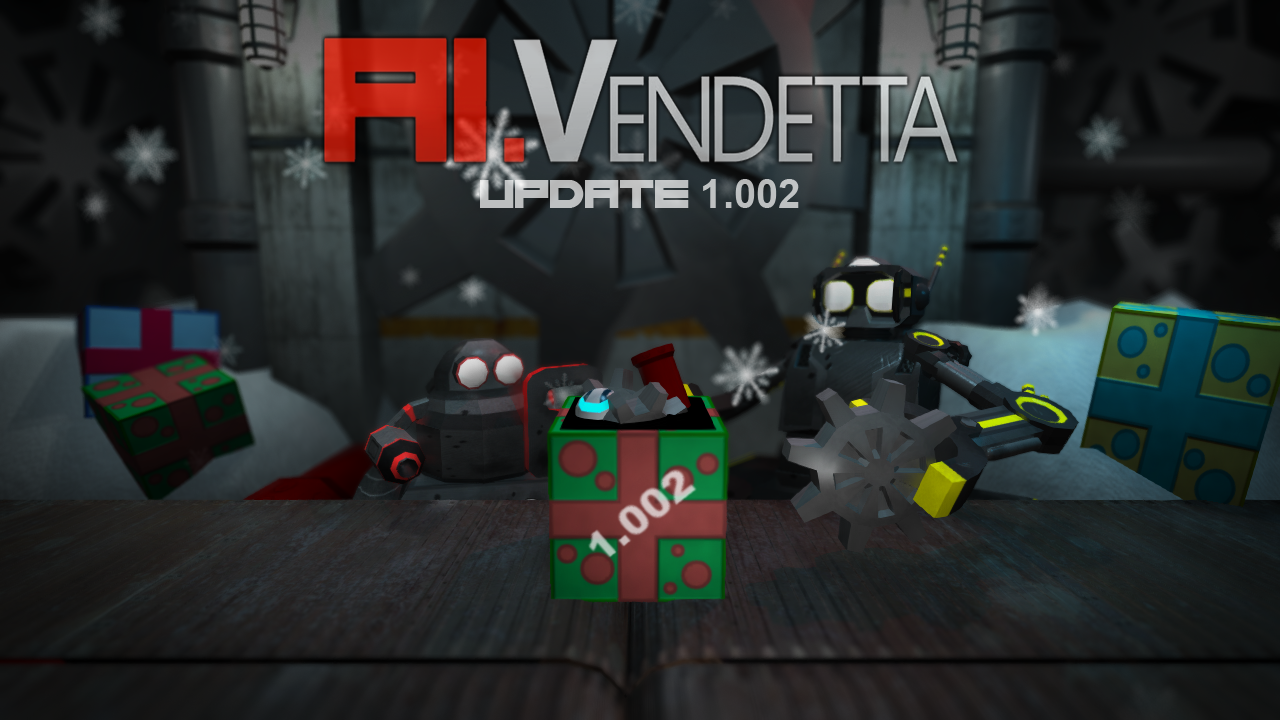