Combat Racers is the first game from The Major Game Company. In this update I'll introduce myself, tell about the game and company in general and tell about our future plans.

Hello everyone! I'm Leevi, the team lead and producer at The Major Game Company, here to tell you about our game, Combat Racers, which has been in Greenlight for a few days now.

First off I'd like to talk a little bit about myself. My name is Leevi Rasila, I'm from one of the largest cities in Finland, Tampere, and am now in Kajaani with the rest of my team, developing awesome games. I've been a fan of video games as far as I can remember, and am an avid fan of roleplaying games and board games as well! Getting to work in the games industry is a dream come true for me (I'm sure a lot of you can agree to that sentiment) and I hope that Combat Racers will reach out to as much people as possible!

I'm in charge of producing the game, running the company and marketing. So far running the company has gone fairly smoothly and has only meant that I am in charge of writing the contracts with our team members and am in charge of monetary issues. Team leading has taken up most of my time, ensuring that tasks are prioritized correctly, people stay on schedule and if there are issues, how to fix them. I've also baked quite a few cakes as a Sprint goal reward. Motivation and communication are essential for creating good games, and I try to cultivate a culture where we have plenty of both.

What is Combat Racers?

Combat Racers is a top-down local multiplayer car combat game. You take the role of Racers in a game of vehicular bloodsport. Quick reactions, keen perception of the other Racers and mastery of your own car and weapons are essential in determining the winners from the smoking wrecks. Combat Racers is tense, action-packed and easy to pick up and play, perfect for lan-parties or gaming sessions with friends!

We've been developing the game for some months now with Unreal Engine 4. We're not done with development of the game and will add more amazing features into it, with the release of Combat Racers during late Q4 of 2015. We're hoping to blast through Greenlight by then! 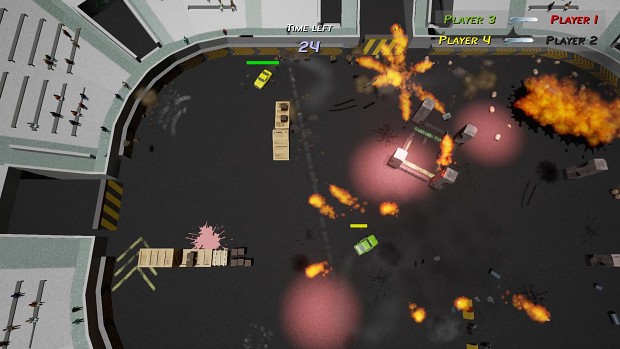 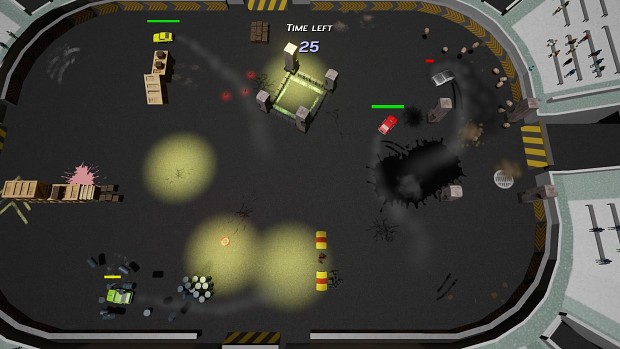 For those of you not from Finland, Assembly is the largest gaming event here in Finland. It's a massive event with competitions and tournaments, and Combat Racers is nominated in the Game Development Competition! We're really excited to be taking part in the event and hope to receive lots of amazing feedback from players. I'm also posting the same demo we have for download in the Assembly page here on IndieDB so you guys can try it out for yourselves!

I'll get more things out next week on IndieDB, but meanwhile feel free to check out the Greenlight page and follow us on Twitter and Facebook!