Post news RSS Update 0.74 and the start of a new world

This new update focuses in on making the game more balanced than it's ever been. We've also started a new world so it's the best time to start playing Tribal Hero.

A quick introduction if you've never played the game. Tribal Hero is an online slow paced city building and war game. It features highly customizable city building and strategy mechanics unlike many other similar games. Players get to also team up in tribes and battle to take control over strongholds. We've put a lot of effort in our battle system, especially in this update, and support battles which have hundreds of players and lasted over 5 days! Also, there is no pay-to-win so you can play completely free without any disadvantages. Our community is really friendly so be sure to ask any questions you have in the chat. 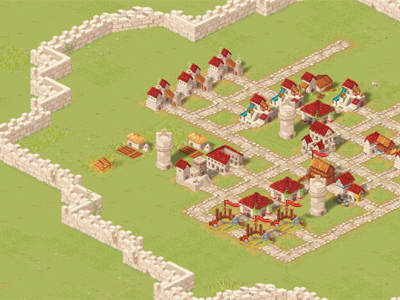 On to the updates...

We have made a lot of changes to the battle system in order to promote more play style options. There were a few balance related kinks that we've worked out so now we hope to see a lot of different strategies being used. Strongholds are already being captured and will be more challenging than before as they will gradually become more difficult as the world ages.

We've given out achievements to everyone who earned them based on the rankings at the end of the previous world. We're also giving achievements to those who support the game.

We are working on completely remaking all of the art work for Tribal Hero. We've made some great progress and hope to have it completed for the next world. We will have a test server available at some point where you can try out the new version of the game. We'll let you know when that is available, in the mean time, here's a sneak peek at some of the new art work for the game: 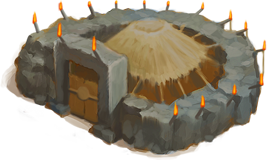 Play now. It's free and there is absolutely no pay-to-win.