I'm uploading update 0.42.2 right now. It fixes most of the major bugs that have been reported.

I'm uploading update 0.42.2 right now. It fixes most of the major bugs that have been reported.

Now I've hired a freelance programmer to do a few auxiliary jobs. First he's going to implement Wwise, a professional grade audio engine. After that I can hire a professional sound designer, and the game will finally have sound. Good sound too, I'm not cutting corners.

That will take a while though, if after the next update anyone starts going "Where's the audio? You said you did sound" then they will get a slap.

As for me I'm not 100% sure what I'm doing next, but it will be a bigger update this time. So I'll be going off radar a bit and focusing on work. It might be the new character creation, possibly even the new bigger world map. Then I can have famous foliage modder Vurt make the new biomes. 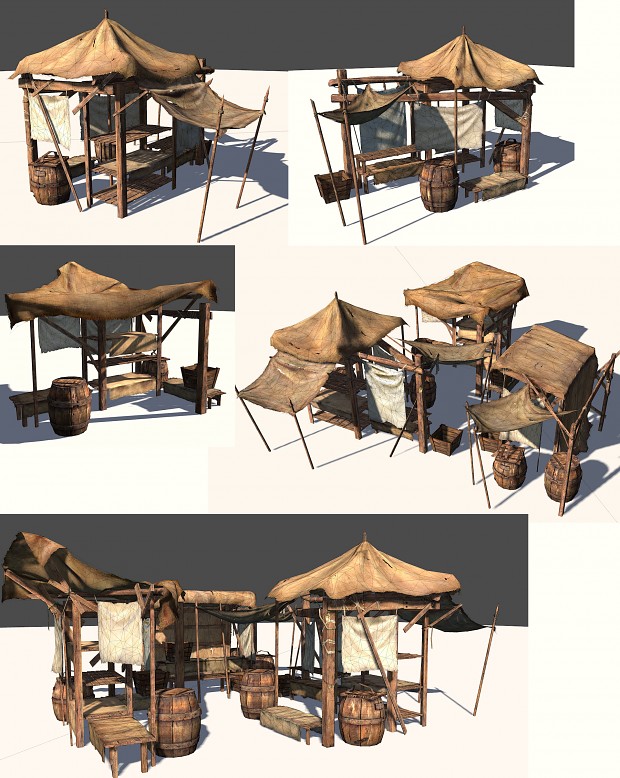 Just a question: why did your freelance programmer choose Wwise over FMOD - especially since the latest version of the latter, when implemented in a game, allows in-game sound effects to be tweaked in real-time while the sound designer is actually playing your game?

Your question lead me to discovering the gem that is System Shock 2.
I got it on GOG thanks to you mate :)

I love this game please keep up the great work.

the games getting better and better... Good work oh and see you in a month or so then (your getting your head down and disapearing)

Do you reckon the captain will come out of coding-enforced solitude with a beard to rival the great ones at Codethinked.com ?

He goes by Captain DeathBEARD now; I wonder if a month or 2 of solid work on Kenshi will give his beard enough power to code and destroy mankind...

Hmm this makes me wonder though..
In Februari or something we had walls they were deleted again.
And to be honost my town could really use its walls right now xD
To have 1 spot to fight the bandits instead of running around and defending one side and the other side gets raped lol.
O and a question what will these market thingy's do? since we already have the shop counters ( even tho they arent working BUT still..)
If you ask me captain ur rushing through ur whole plan and in that delivering scrambled work.
Anyways still love the game!

Yeah I do have a problem with working like that. But don't worry, I will straighten it all out eventually, I won't leave anything buggy or unfinished for version 1.0

Always nice to see updates come out, Keep up the great work Captain.

Awesome to hear sound is getting in the game, captain, you are doing an amazing job, and i believe you can make this an incredible game, which it already is btw! Keep up the good work !

I am curious, I see walls show up in the research list, but when I have researched them, walls never show up in the build menu. Is this a bug or have they not been implemented yet?

Are the new "Biomes" going to have anything other than deserts? I've never been a fan of deserts in games but there was no way I could pass this game up. I'd like to see like some green areas such as Forests or Plains and things. Or is it all going to be desert? Deserts to me are depressing and everything looks the same.