Update 0.1.8 has been released, containing new bullet mechanics and many other improvements.

As announced in a previous devblog already, the new bullet mechanic has been added to the game now. To make the explanation short: bullets fly now instead of spawning instantly inside the enemy. If you are fast enough, you might be able to avoid slower bullets. They are not affected by your tanks relative velocity yet, this might be changed in a future update though.

You now can search for other players and add them as friend. You can see the online status of a player if he added you as a friend as well. You can also check out other players profiles this way now. It’s planned to use this new feature to form platoons with your friends in a future update. 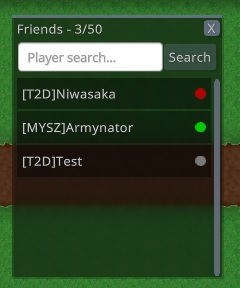 The garage chat has been reworked. It displays previously sent messages in a channel now, even if you haven’t been online when they were sent. Every clan now also has its own chat channel, only visible to members of your clan. 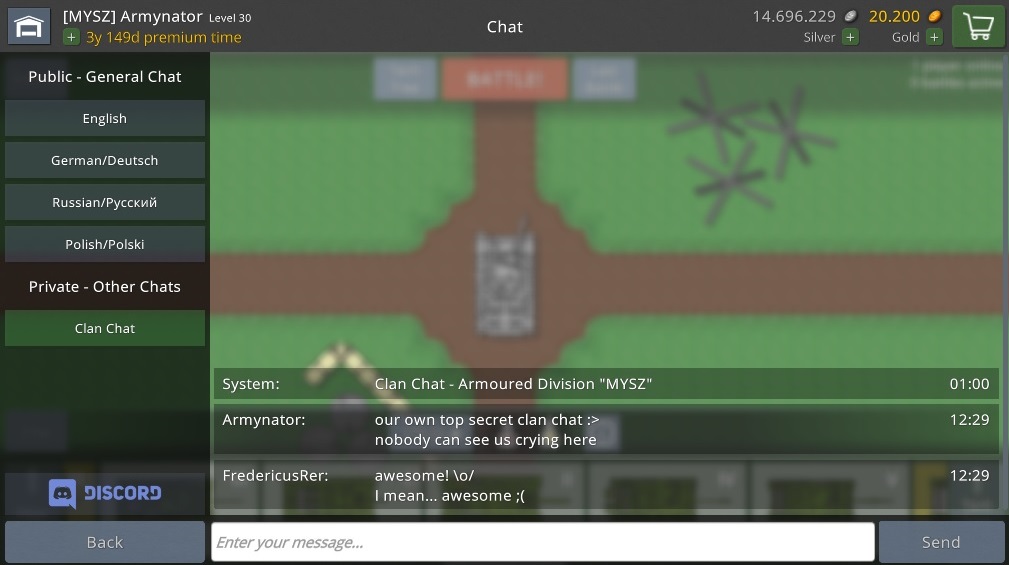 The last clan season ended, and all gained clan experience has been reset. This season you will be able to buy the russian KV-2 tank for 500.000 silver, after earning 2.000.000 experience together with your clan comrades. The season ends on 30th June 2019. 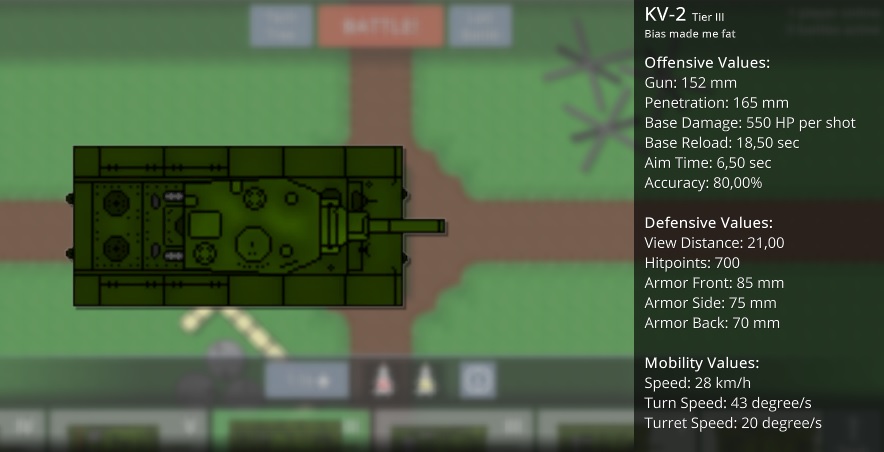 The pathfinding system of NPC tanks has been reworked in this update. They will no longer drive through static obstacles like water or other map objects. They also will calculate a smoother path around obstacles now, so they don’t get stuck anymore, and they can drive through destroyed map objects now. Other tanks are still ignored however. This behaviour will be fixed in a future update with a new server-sided movement system.

The IS-2 has been moved to Tier IV and was replaced with the IS-1. The IS-3 is still Tier IV, but has been removed from the tech tree for now. It probably will be placed back into the tree with its own line at some point.

Comment about the IS-3 and IS-7 side armor: in reality, both tanks had an interesting side armor shape, which made them really hard to penetrate. This design is hard to realize in the game however, so their general side armor strength has been increased instead. These values may receive further tweaks in future updates.

Besides the balance adjustments, there have been some other small changes. Check out the list below for more information…

Not all fixes are listed here, but at least the most important ones…

That’s pretty much all for this update. Feel free to share your thoughts about it on Discord or in the comments below this article.

Good luck on the battlefield!