Update 0.1.7 has been released! This time it contains a new map, a clan system and some other improvements.

Let’s take a quick look at the new map first: 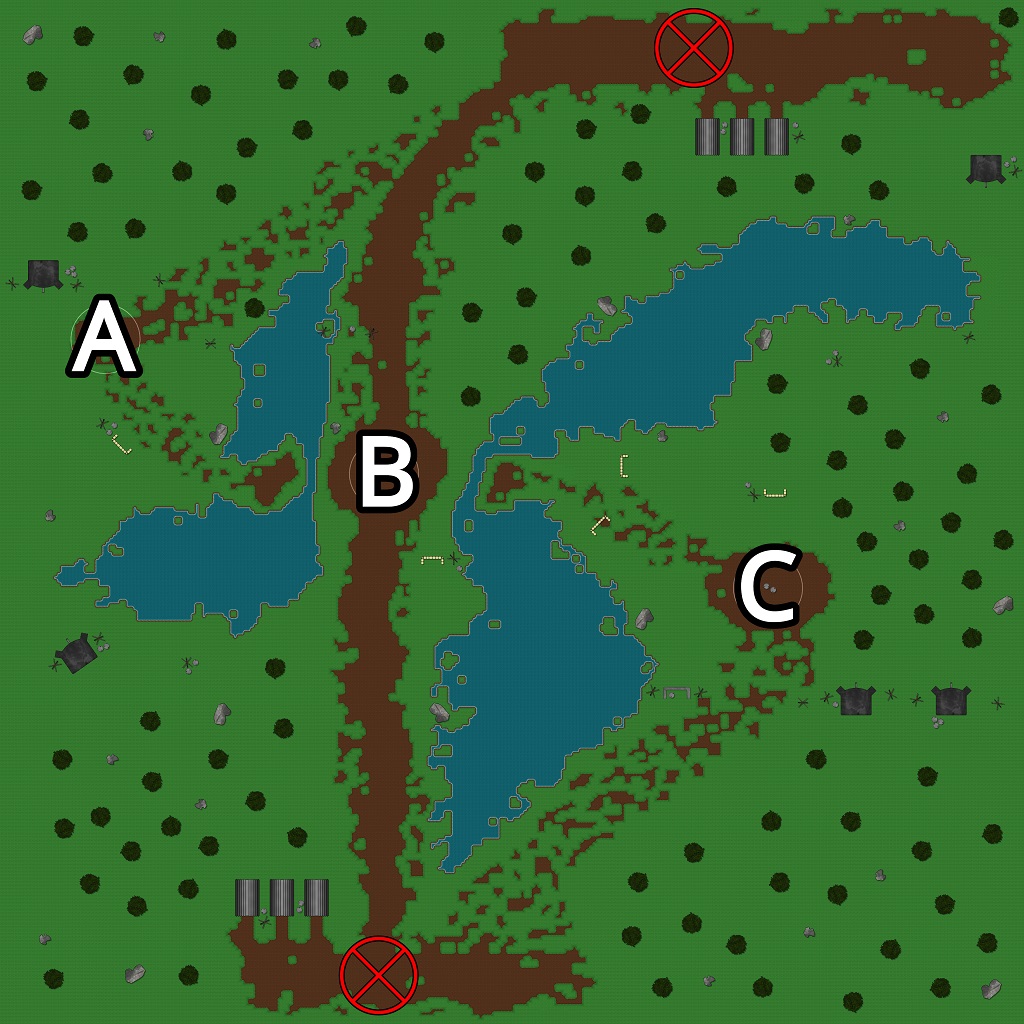 The map is called ‘Swampy Forest’, and you probably already see why. A lot of water, many trees, some bunkers… doesn’t sound really special? Take a closer look again!
There are two unconnected land masses near the B point, opening it from all sides! You only can access these small islands from A or C however. These positions will make it really hard for the enemy to flank you, so it’s the perfect map for tank destroyers, isn’t it? No? Why not? Just because you have to drive around the whole lake to move somewhere else? Oh well, let’s see how this works out the coming weeks first…

While we are speaking of maps, let me also quickly show you some texture changes from this update: 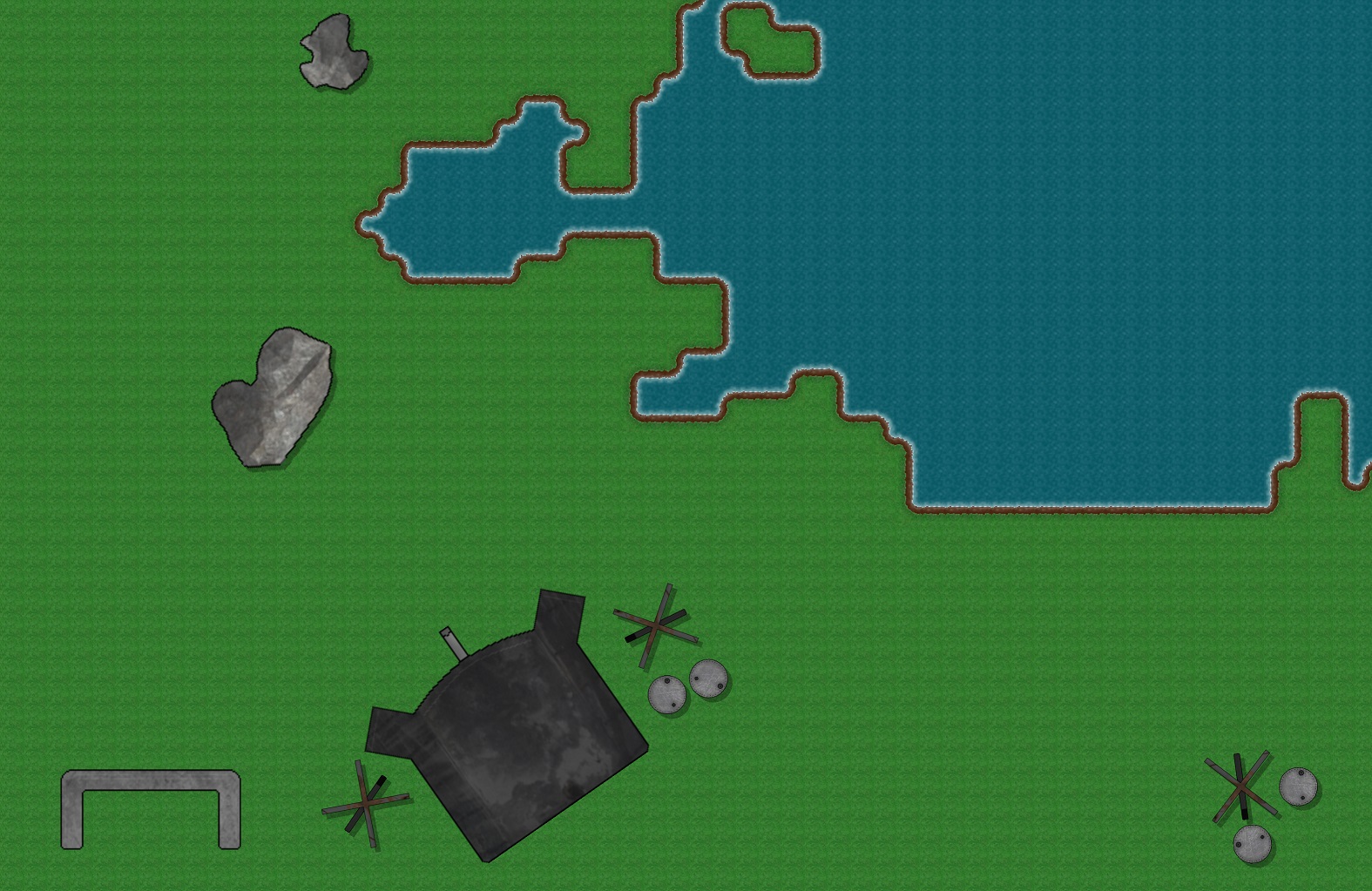 Thanks to the new textures, the maps should look a bit better now. And of course, we will keep improving existing textures in future updates as well.

Oh, and before I forget to mention it: capture zone circles are now colored on the ground. White means neutral, red means captured by the enemy team, green means controlled by your team.

As shown in the devblog already, this tank is only available for clans. Your clan will have to unlock it with experience first before all members are able to buy it. The tank can be bought for 500.000 silver then and counts as a premium tank. (That means +50% more silver and experience in battles compared to a regular tank)
It’s not shown in the regular tech tree and it will only be available in events or special offers in the future, so better get it before the first clan season ends!
For more information about clans and clan experience, please check out the latest devblog.

There also have been smaller changes and bugfixes again in this update. You can find the most notable changes in the list below:

Of course we also fixed smaller bugs like the wrong explosion effects for APDS(-FS) grenades or kills not counting correctly when killing enemies with a shockwave.

But that’s pretty much it again for this week. See you on the battlefield!