Posted by CorrectureGames on Mar 1st, 2020

This week, I've started reworking the effects and costs of policy. This should make them more viable as an option when players want to expand the levels of education or crime prevention for example. When it comes to the effect on labour availability, the majority of policies have already been fairly well balanced both in effect and cost, so these have largely been left as they were. 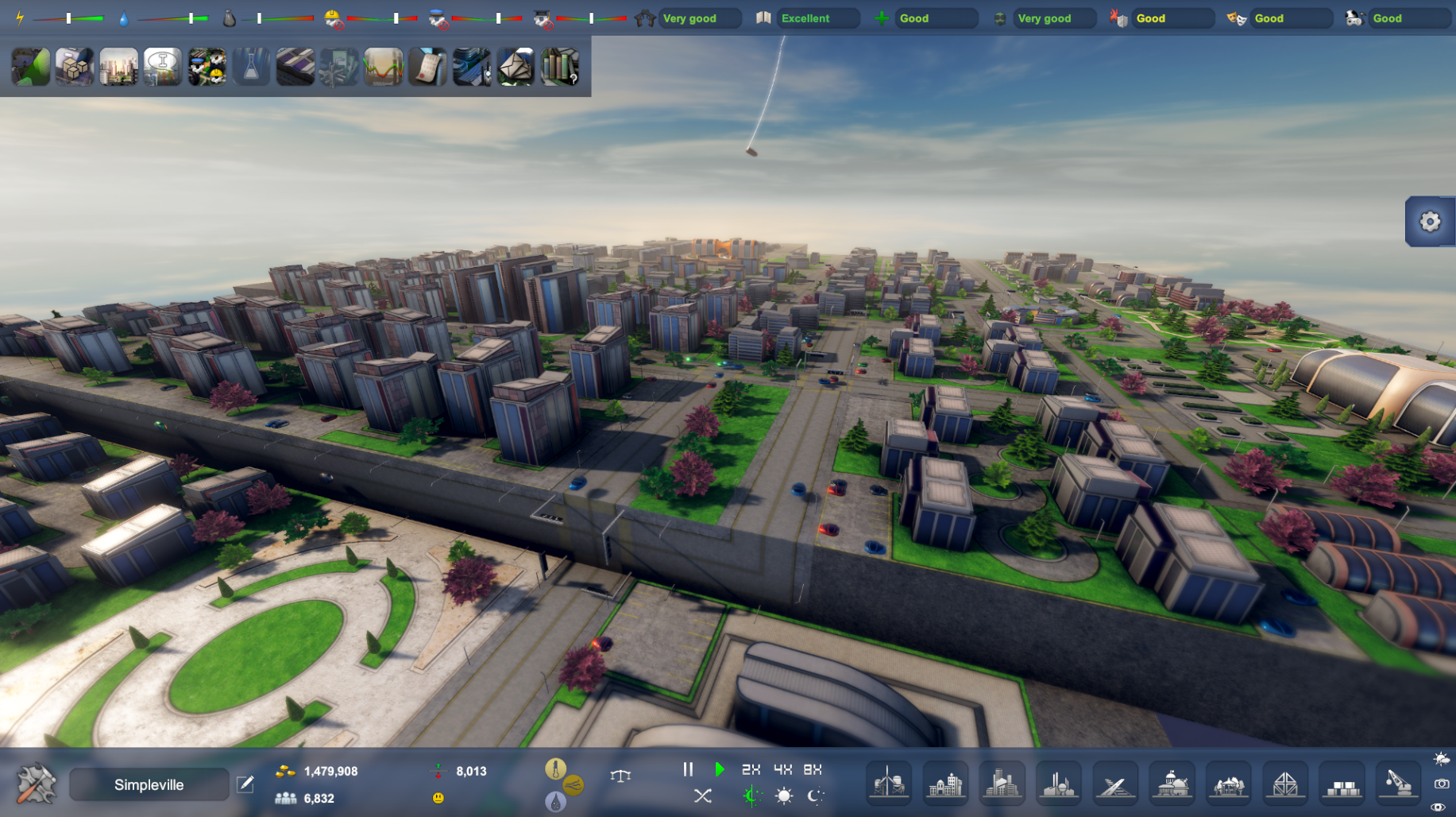 Weather effects have been added. In most free roam levels, challenges and the campaign, weather has very little effect on production etc. But in the retro stages, weather settings are set to vary greatly, so in the ruined earth scenario water production will be lower due to dry conditions, but solar farm electricity output is higher due to heat/sun. Over time I intend to develop this system a bit further, adding a very basic climate factor (high pollution, pushes heat in the bubble the city is built in). 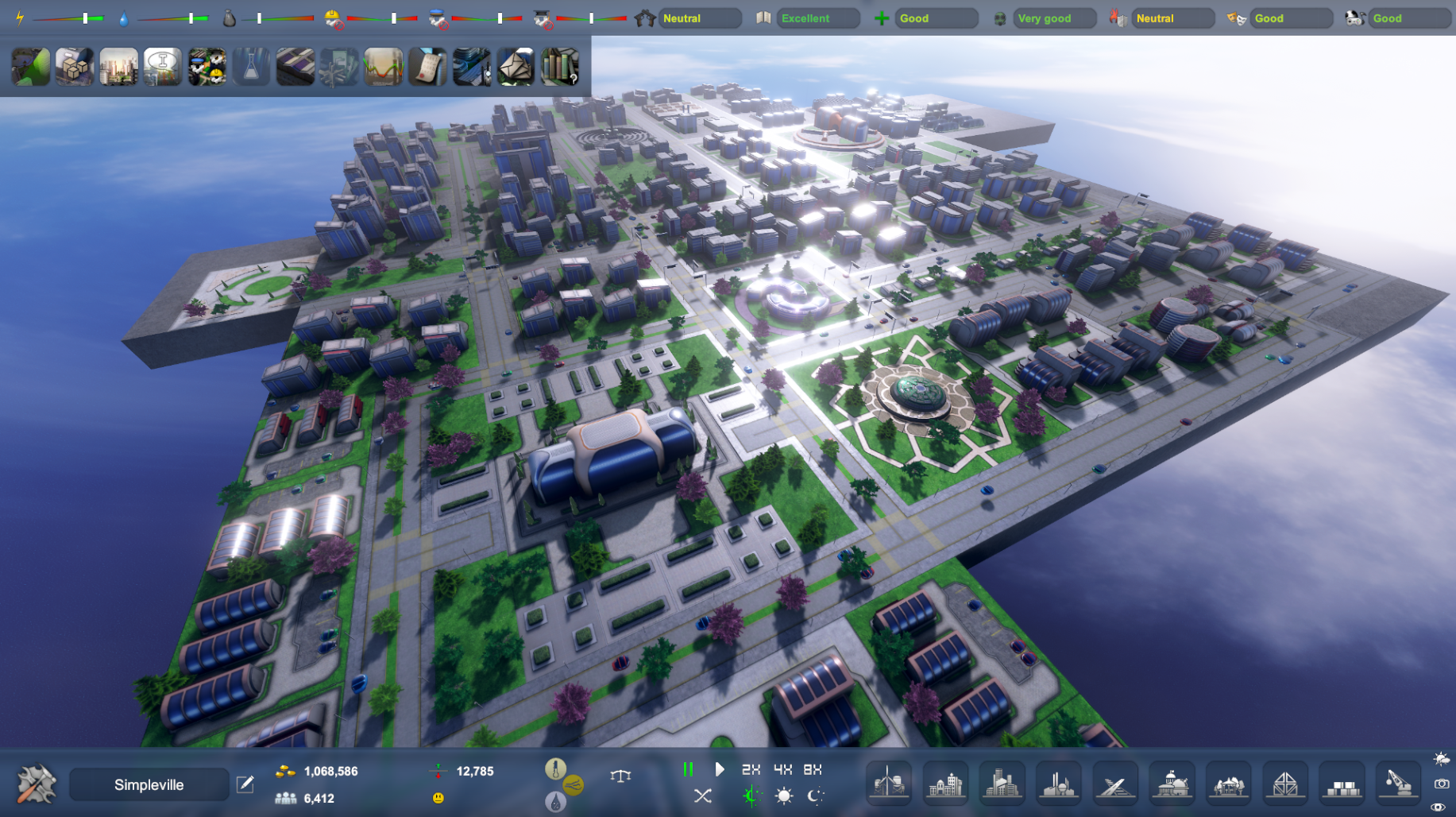 Controls continue to be a focus, and in a move to simplify the controls of the game the spin controls have been removed. I'll also be replacing the current camera movement tutorial with one that incorporates being able to test the different modes currently available and to set which one the player prefers. Additional tweaks will be made and I hope they will to simpler, but still versatile controls. 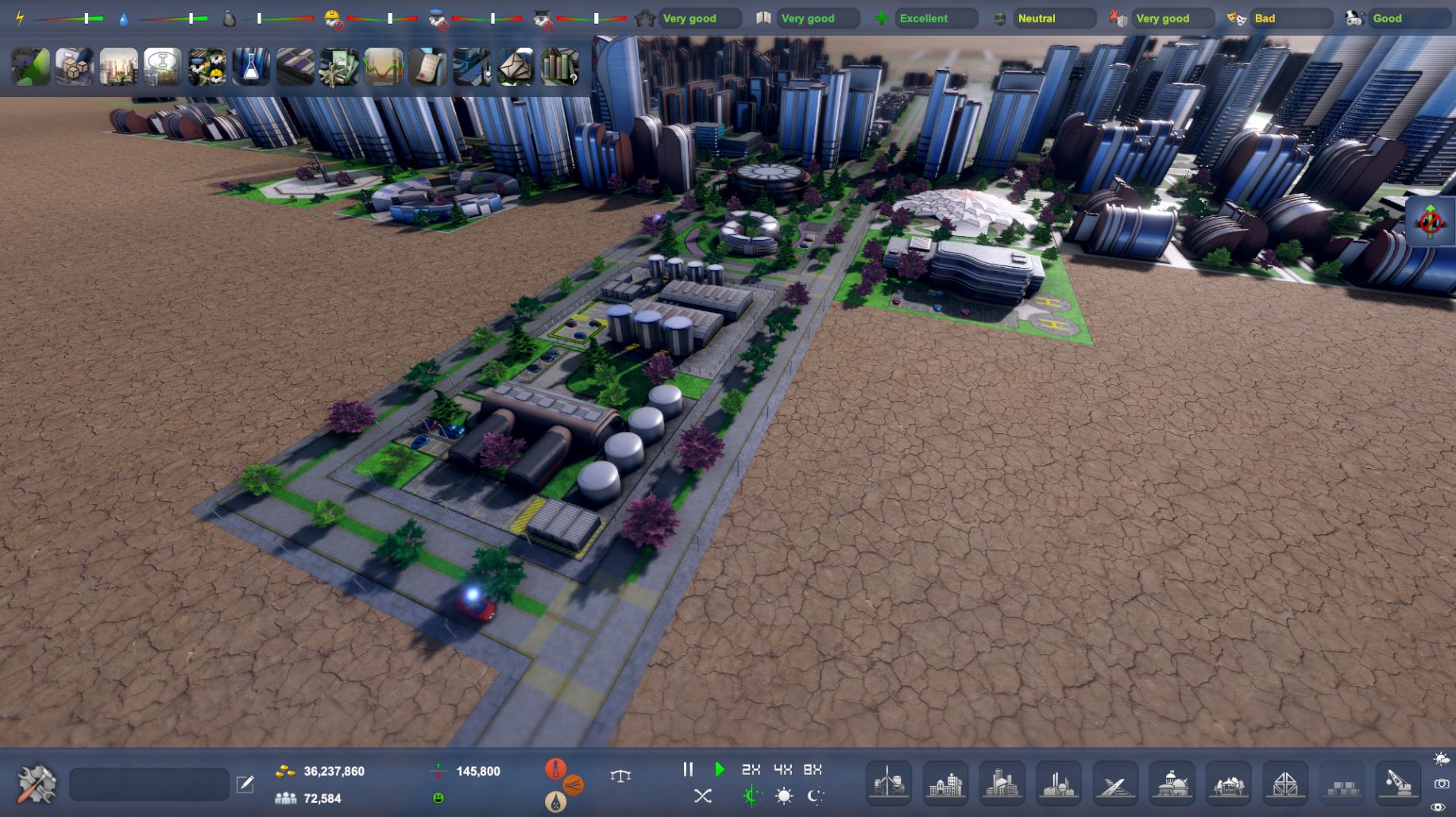 A new clean power plant will be added in the next update, hydrogen power plant. This one requires the recently added hydrogen resource which can be produced in the Hydrogen plant seen below. This allows for substantial amounts of electricity produced (more than solar and wind) and can preserve a bit of space as opposed to wind and solar, but it is also a bit more costly. 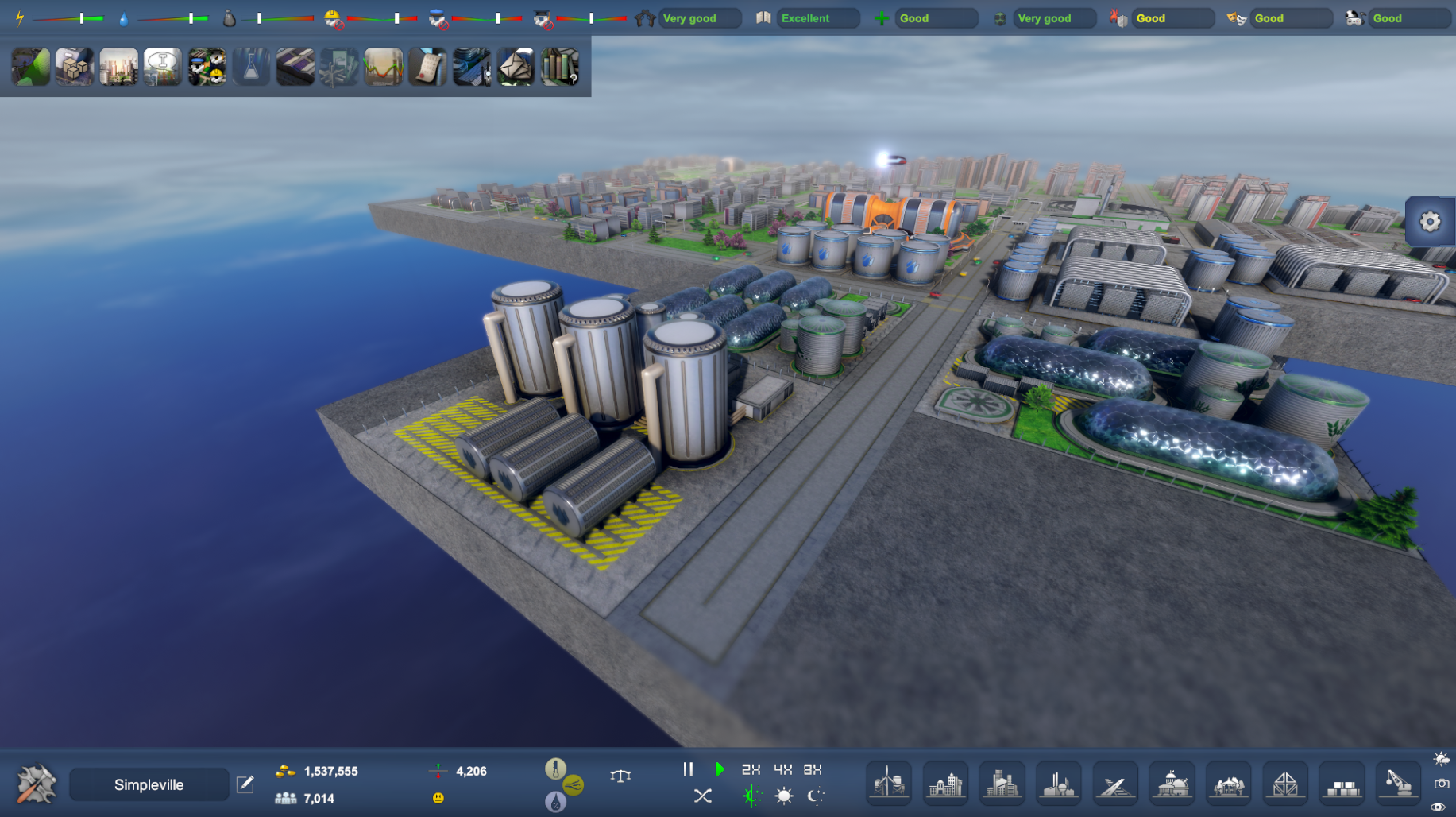 I'm also overseeing the current buildings and some will be seeing minor changes. The absorbent is one of these. I've found that it takes up too much space (height-wise) and as such it has now been made smaller. It still produces as much as before, but can now be "stacked", allowing more of them in a small area and making them more viable in bigger cities as well. 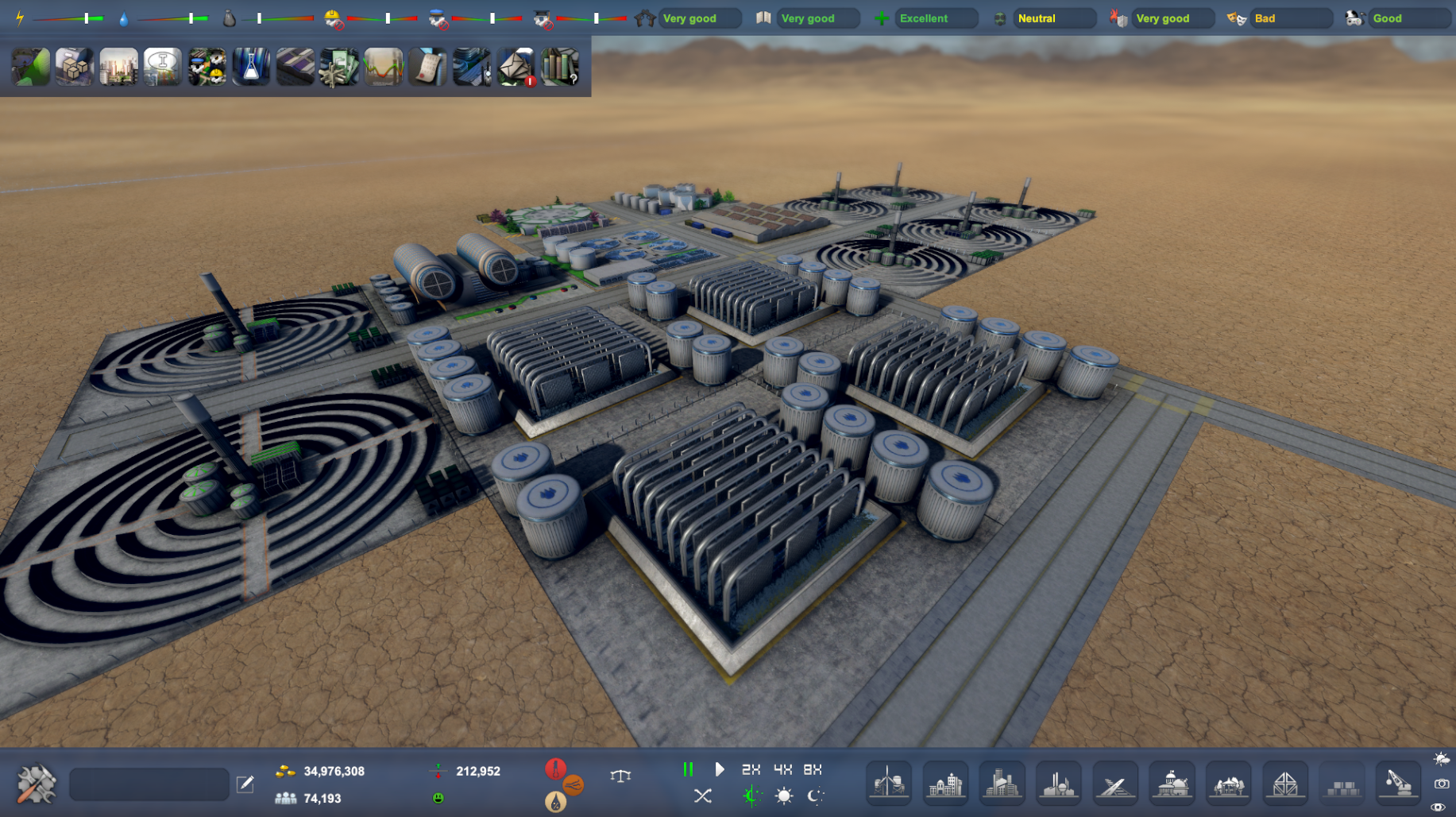 The 0.23 version will be live next sunday (march 8th) and feature the above as well as a few other tweaks and additions. I've started working on the 3rd density for the 2x2 residential and commercial zones, but they are still some time away from being finished (possibly for 0.24 scheduled for march 15th).