Additional retromodes, entertainment and culture as well as new buildings and resources.

As there is no update of the game today, this will be a fairly brief devlog featuring what has been done this week and what will be done leading up to the update to 0.22 next sunday. 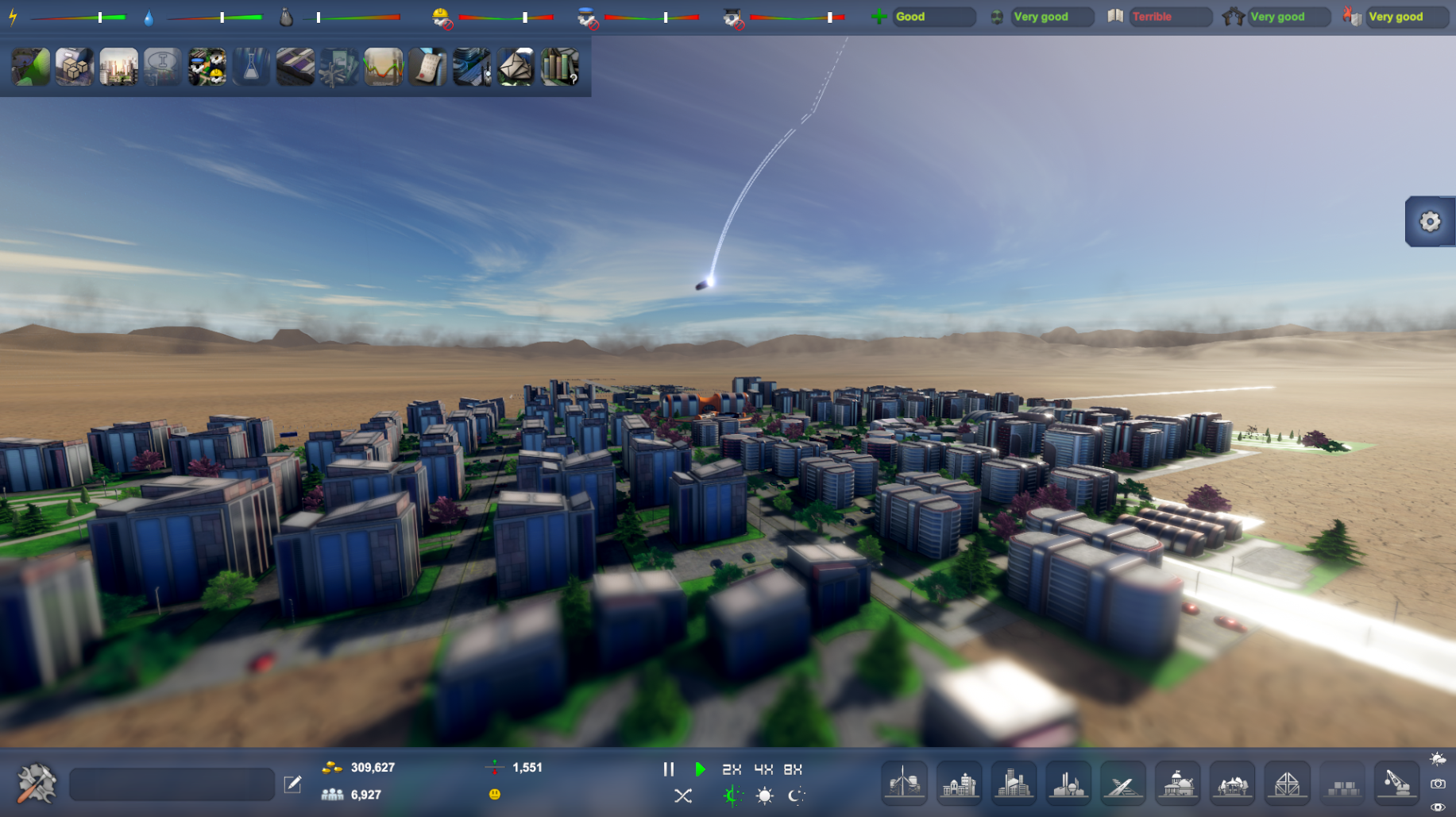 First of all, two new retro type levels will be added. Pictured in this log is the ruined earth scenario. I'll be working to implement a type of climate offset for each of these scenarios meaning specific buildings will be affected in certain ways due to the setting of the scenario. For the ruined earth that would be more sun = better power production from solar farms and farms but lower output from absorbents. 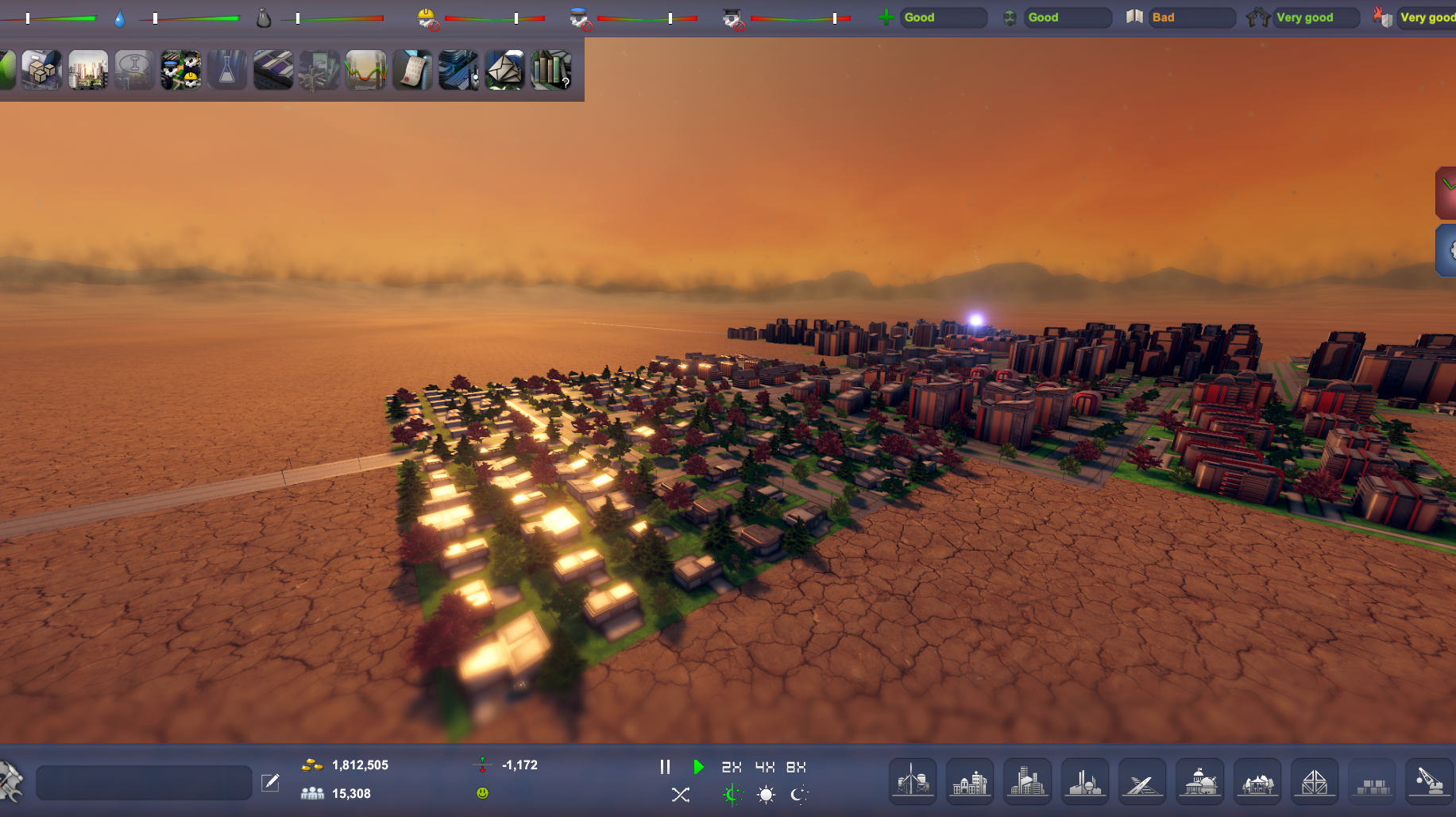 As I redid the calculations for crime etc., some buildings were removed as demands for residential buildings to grow. Since then I've also received ideas for adding both culture and entertainment into local area calulations so that more buildings can be removed from demands. This means that you won't need quite as many of, for example, clinics, but you will still need to provide enough health care to the city in one way or another. This, in my opinion, adds more realism and flexibility in building so I will be added this into education as well, and the upcoming culture and entertainment effects. Initially there won't be many building alternatives to add entertainment and culture, but I plan on adding pubs, opera buildings, stadiums and more. 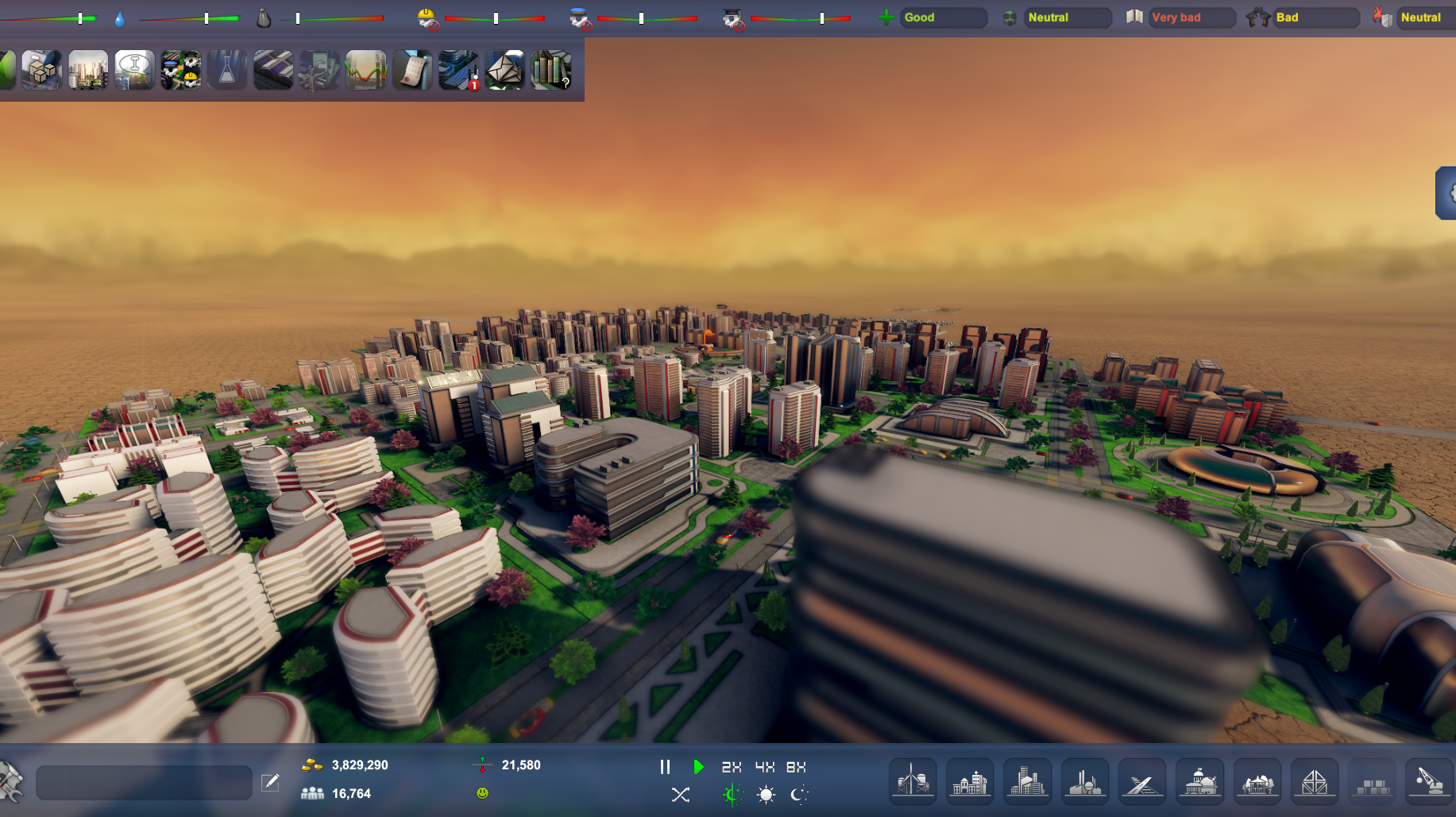 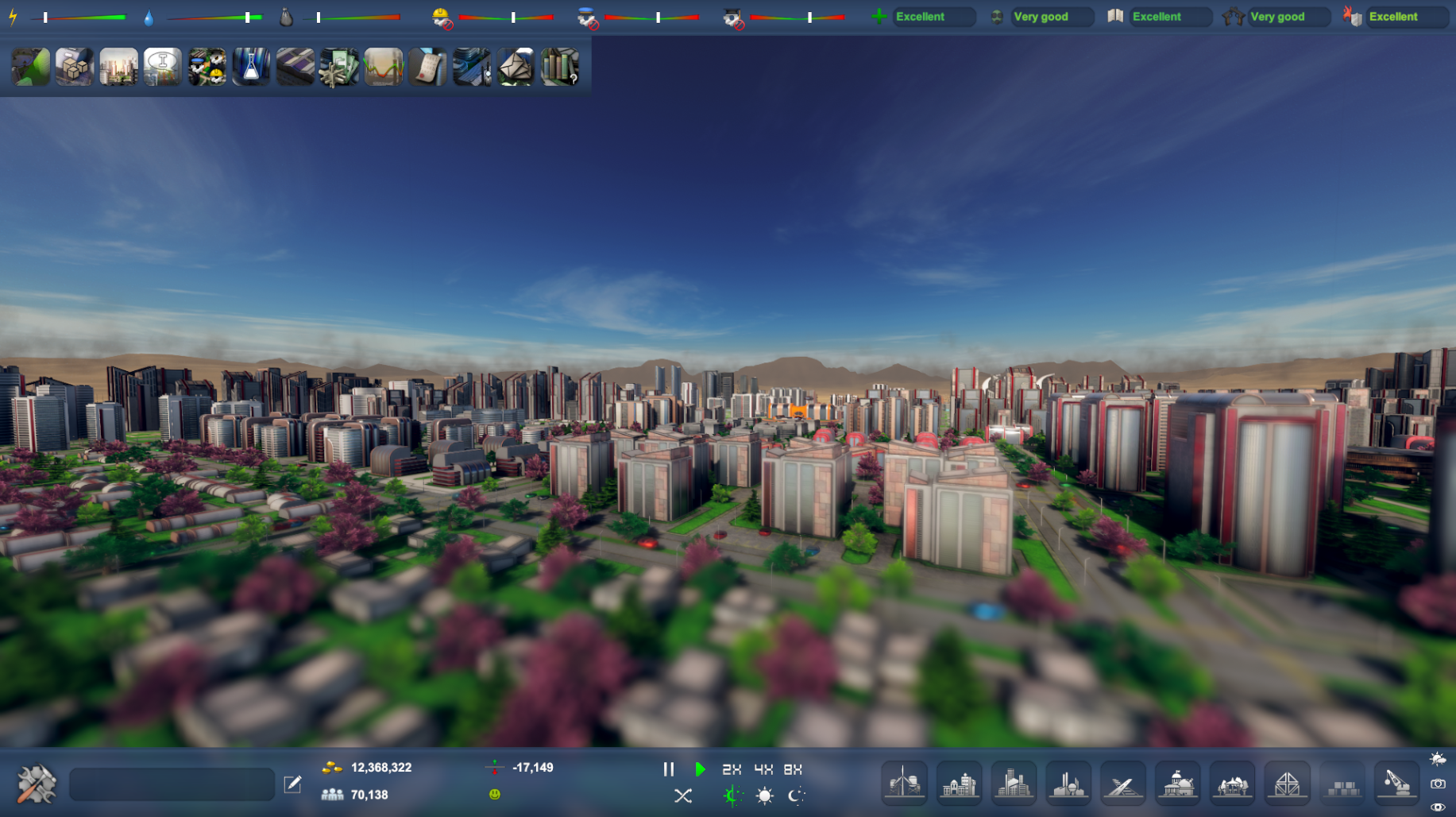 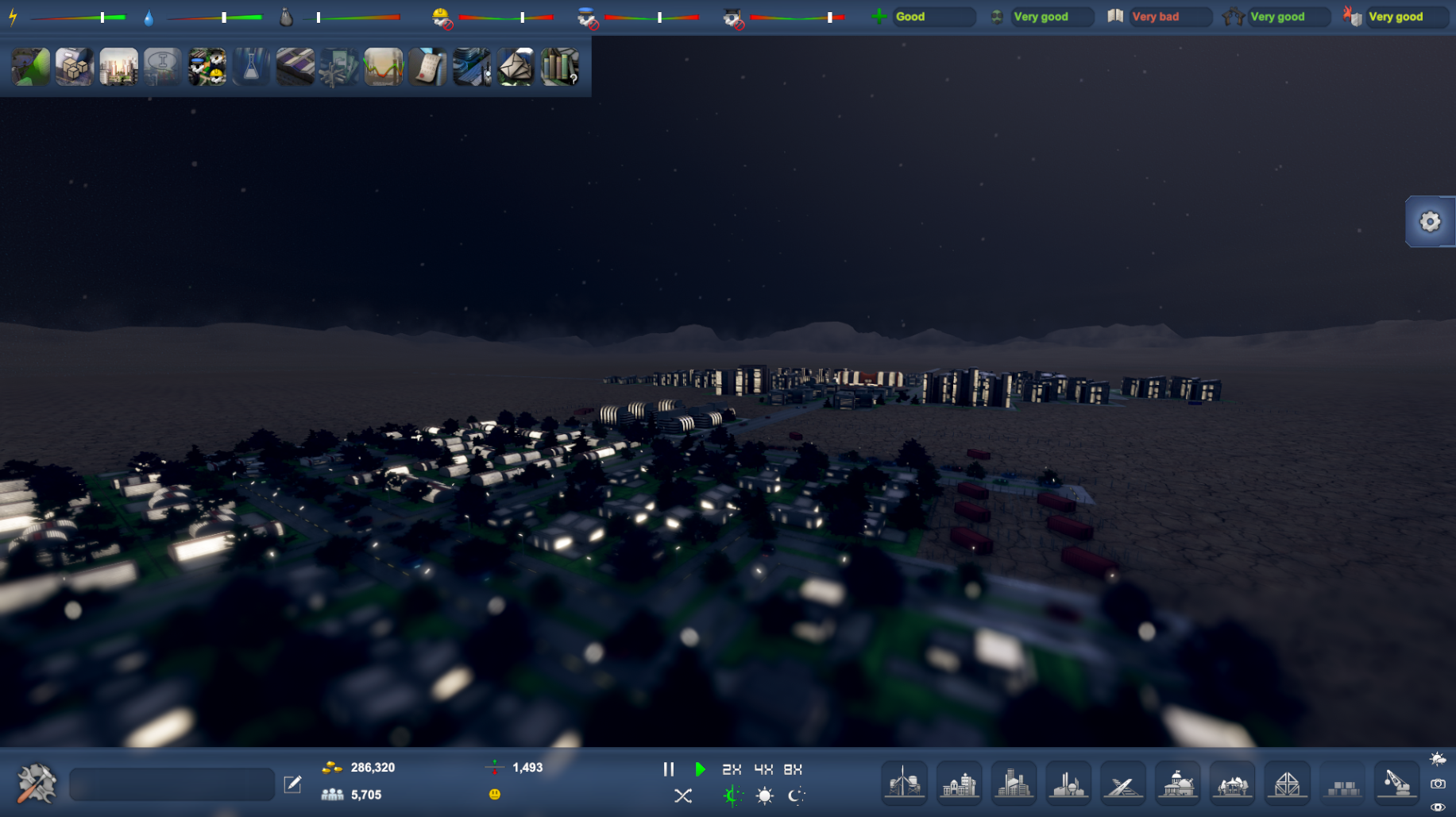 Bug squishing continues. As does minor QoL fixing like locking the scroll wheel function when a window is open.
Come next version the french and german localisations will be updated (the whole game will be properly translated). Spanish and Russian translation is ongoing and should be finished shortly thereafter. There's also a polish translation in the works!