Swedish developer Univrses has developed a prototype solution to the issue of mobile VR positional tracking - namely, the complete lack of it. Unlike the Oculus Rift and HTC Vive, mobile VR headsets such as the Gear VR and Google Cardboard are unable to track the wearer's physical position in space, being limited only to tracking your point of view.

That's potentially set to change with what Univrses is calling "Playground", a system that uses simultaneous location and mapping to scan your surroundings and then pinpoint your position within them using the phone's camera, accelerometer and gyroscope.

Speaking to UploadVR, Univrses CEO and founder Ricky Helgasson says, "You get these moments where you walk around totally untethered and you get butterflies in your stomach from how cool it is. After a session like that, it’s easy to continue pursuing the end goal of high quality positional tracking for mobile headsets."

Oculus CTO John Carmack has mentioned that mobile positional tracking has been his top priority for some time, but it's unclear whether he has explored similar solutions. Univrses is ready to debut its Playground tech - along with Wands: The Magic Duel, a mobile VR game that will utilise it - at Barcelona's Mobile World Congress, on February 22. 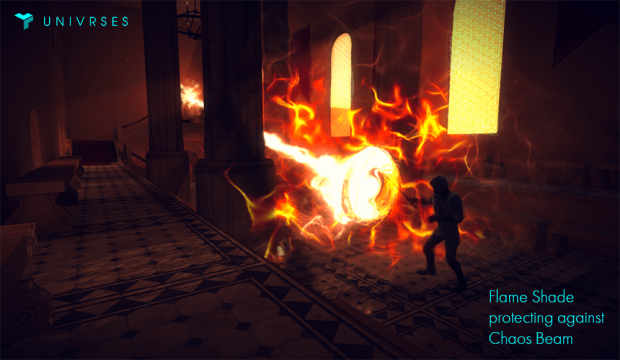