A new month and a new demo! Come check out all our delicious progress!

Happy October starchasers! It’s the spooky month, and what’s spookier than a heaping dollop of progress. But we’ve got more than that. It’s Halloween, which means Christmas has come early, and we’re proud to present our first demo release in over half a year! 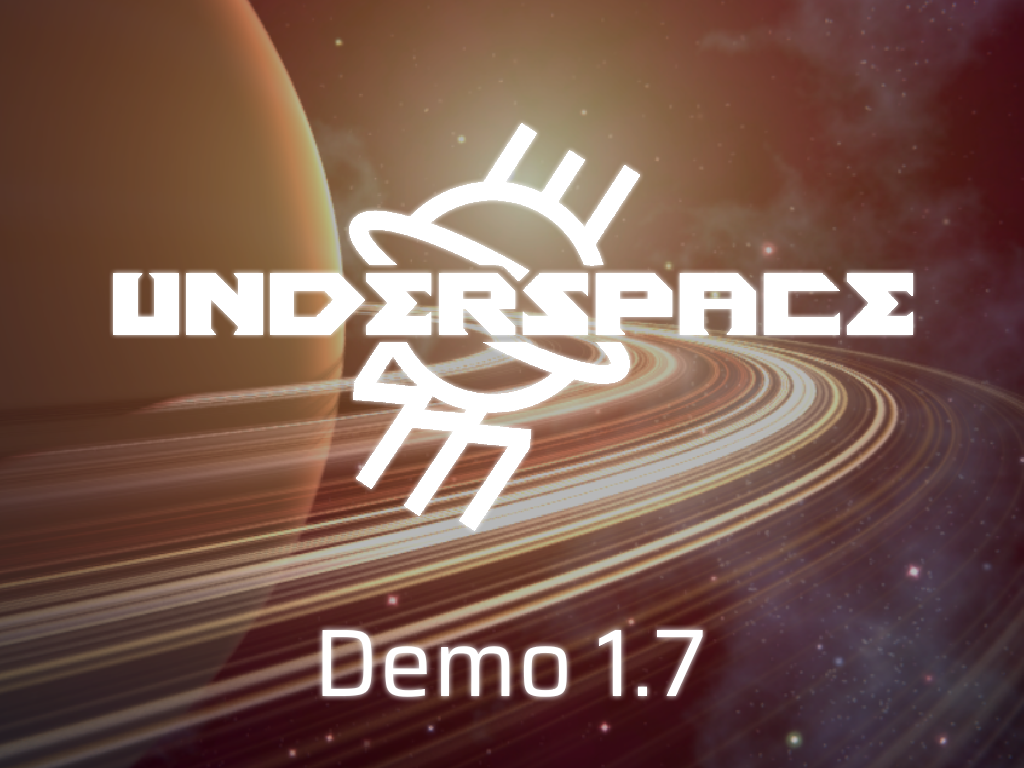 Demo 1.7 represents quite a bit of work on the part of pretty much all the team, and contains a lot of major improvements across the board. It’s not a 100% completed version mind you, and while we’d certainly appreciate feedback please please keep in mind the known issues section. But other than that, check it out!

Now obviously the majority of this month was spent preparing for this new version, but fear not, we’ve had plenty of progress to still show off, so take a look!

And, as always, this is just a paraphrasing of the main Kickstarter article, which you can read here.

I’ve mentioned previously that I wanted to give NPCs more variety with the occasional beefed up, unique enemy spawning amongst its lesser peers. That system is now implemented, and now whenever you encounter fighters or freighters there’s a chance (with higher chances the longer you go without seeing one and higher chances during missions) to encounter these so-named “ace” pilots, who come with special abilities and faction-specific titles.

You might encounter NPCs that can fire off EMP blasts, heal their squadmates, or violently explode upon death. But if you manage to defeat these enemies they can drop rare, special loot!

Way back when the game was first in development individual hardpoints on ships were given individual health pools. The eventual goal was that these hardpoints could be blown up and individual components non-functional, but the feature was put on the backburner. This month I had a few hours to spare so that system was re-implented.

This also extends to big transports, which will carry around cargo that you can break open for the juicy succulent meat inside it. 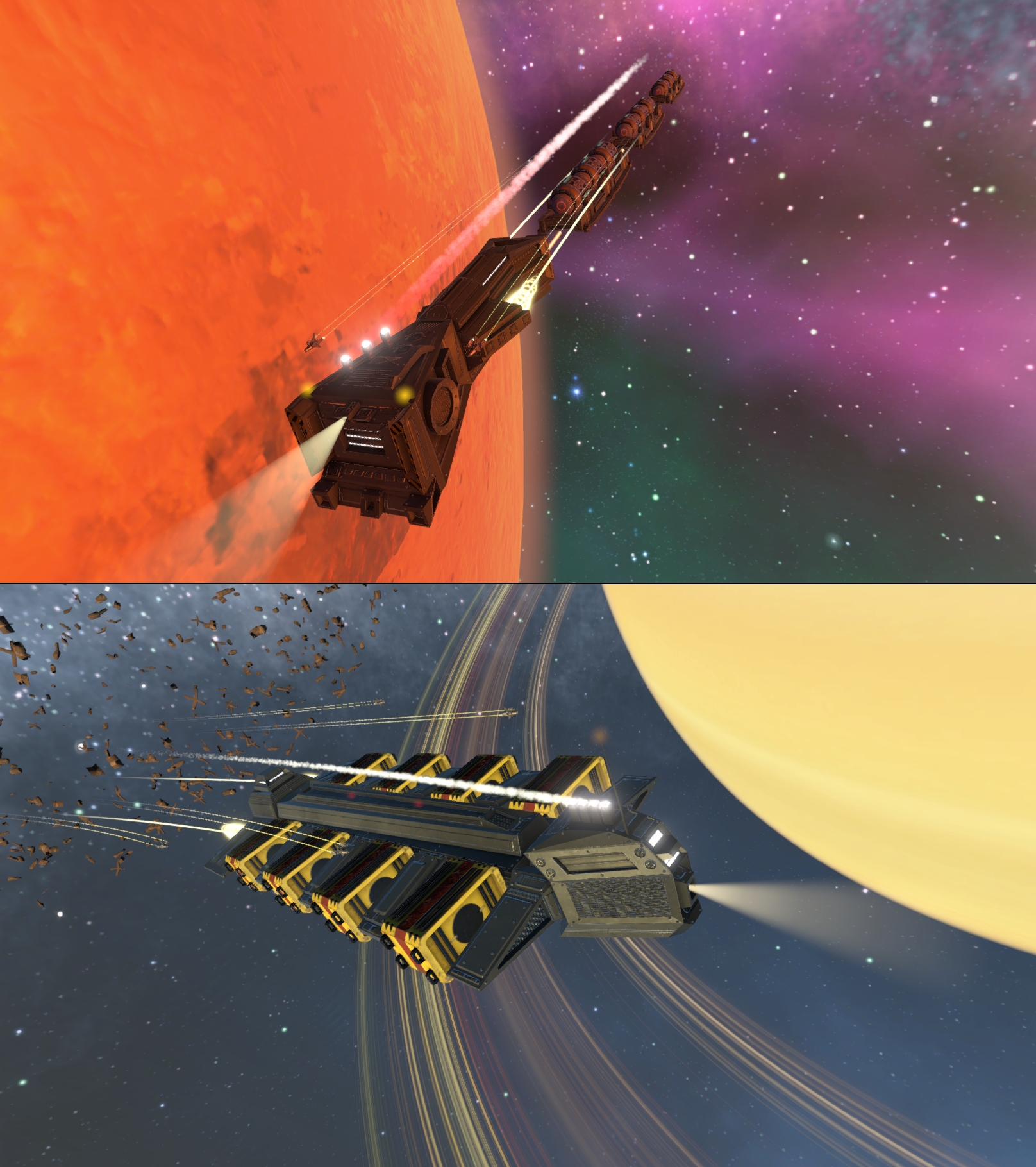 Because so much of the time spent this month was on the demo, a lot of work got done just debugging and optimizing the hell out of a ton of background systems. 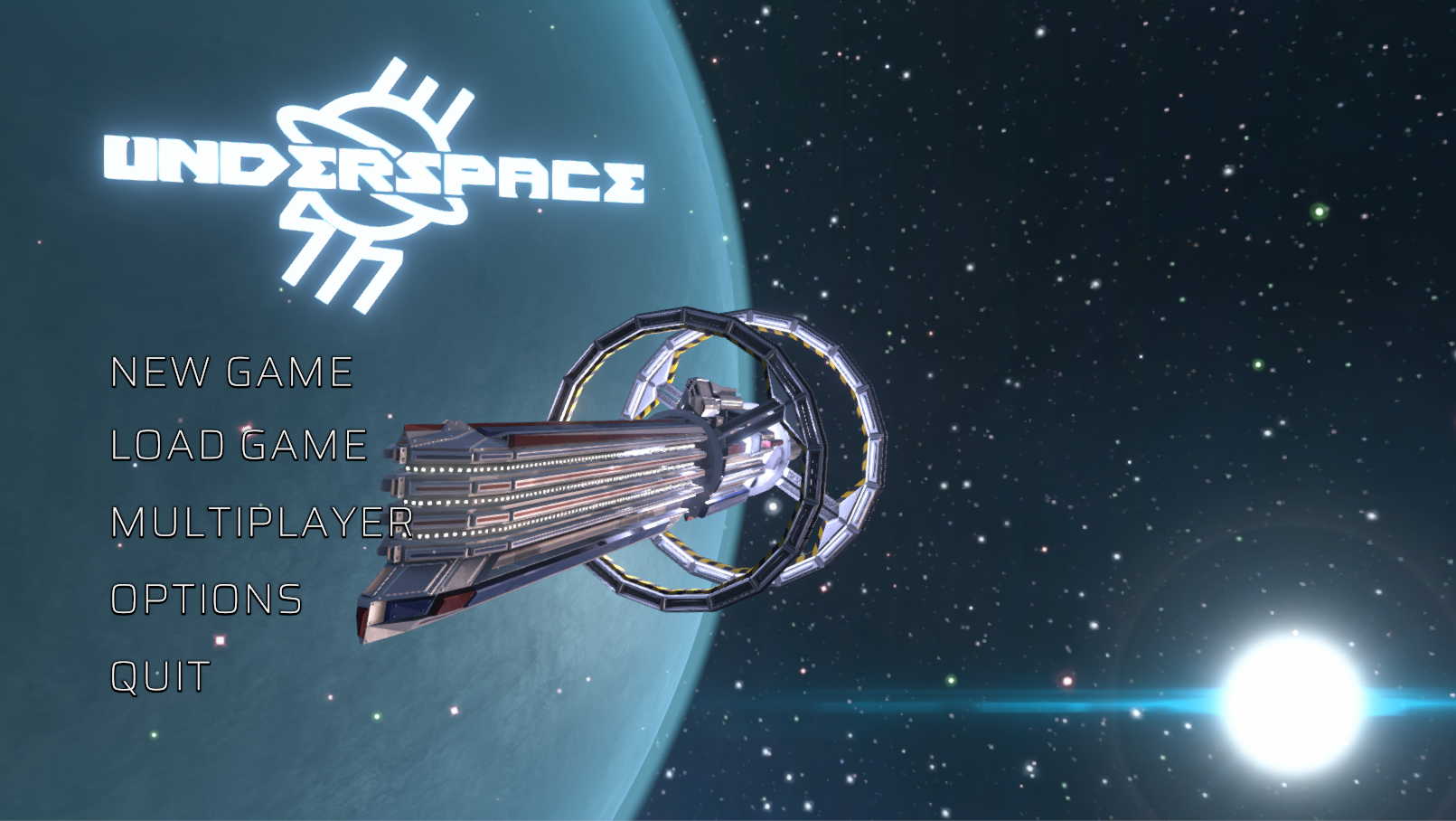 A lot of common freezes and memory leaks were patched up, and on the more visual side of things we redid the visuals for many projectiles. 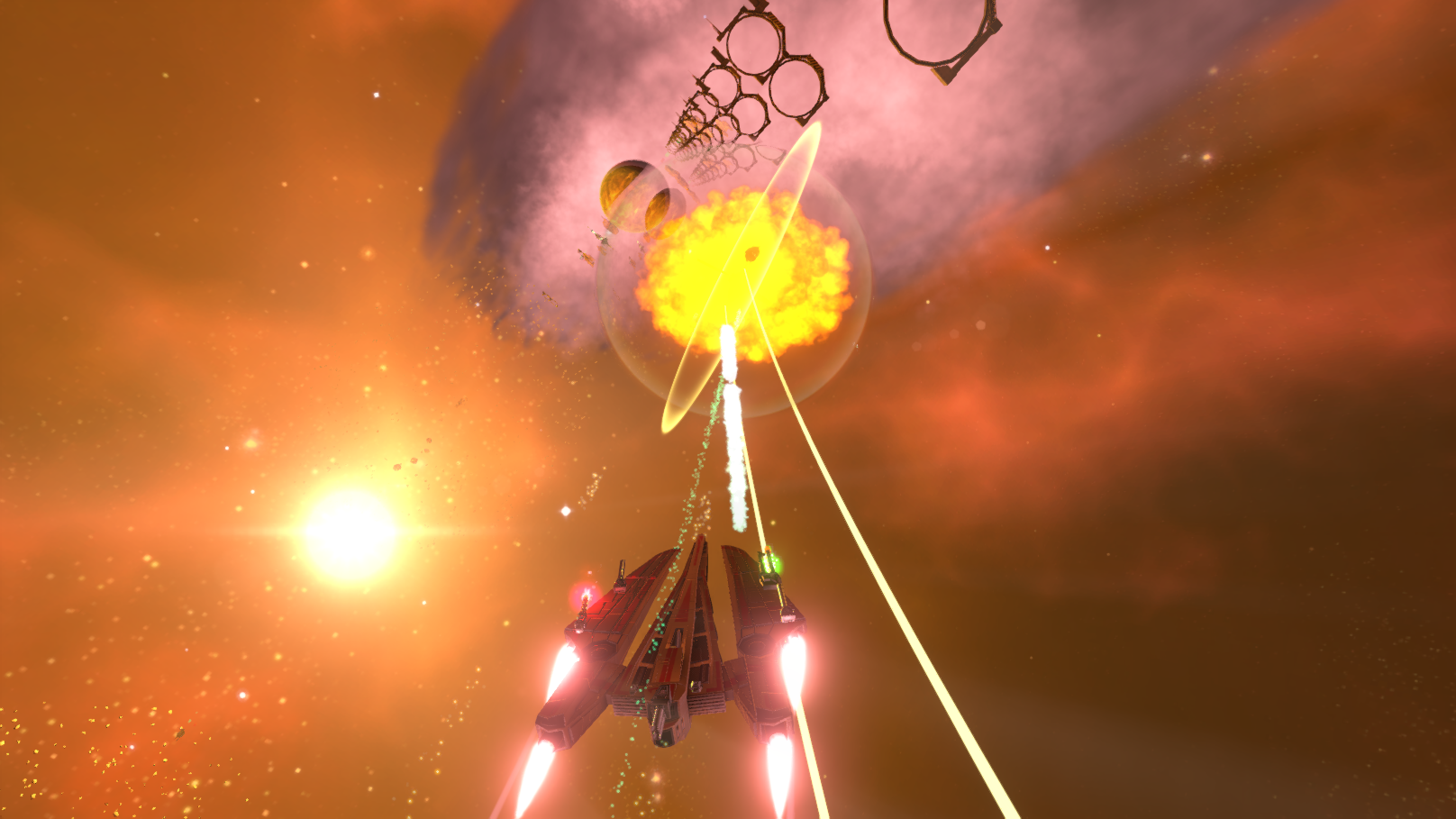 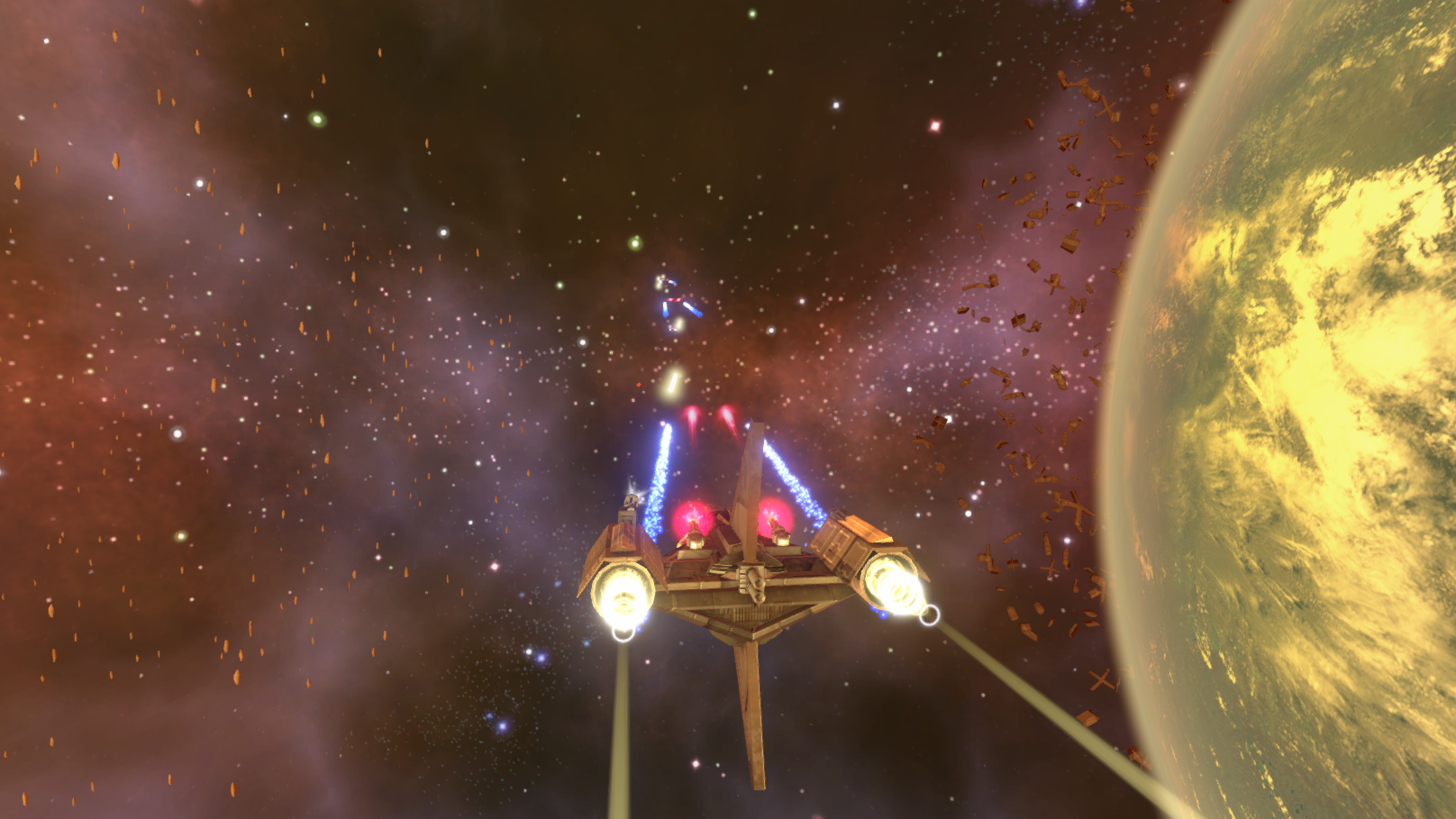 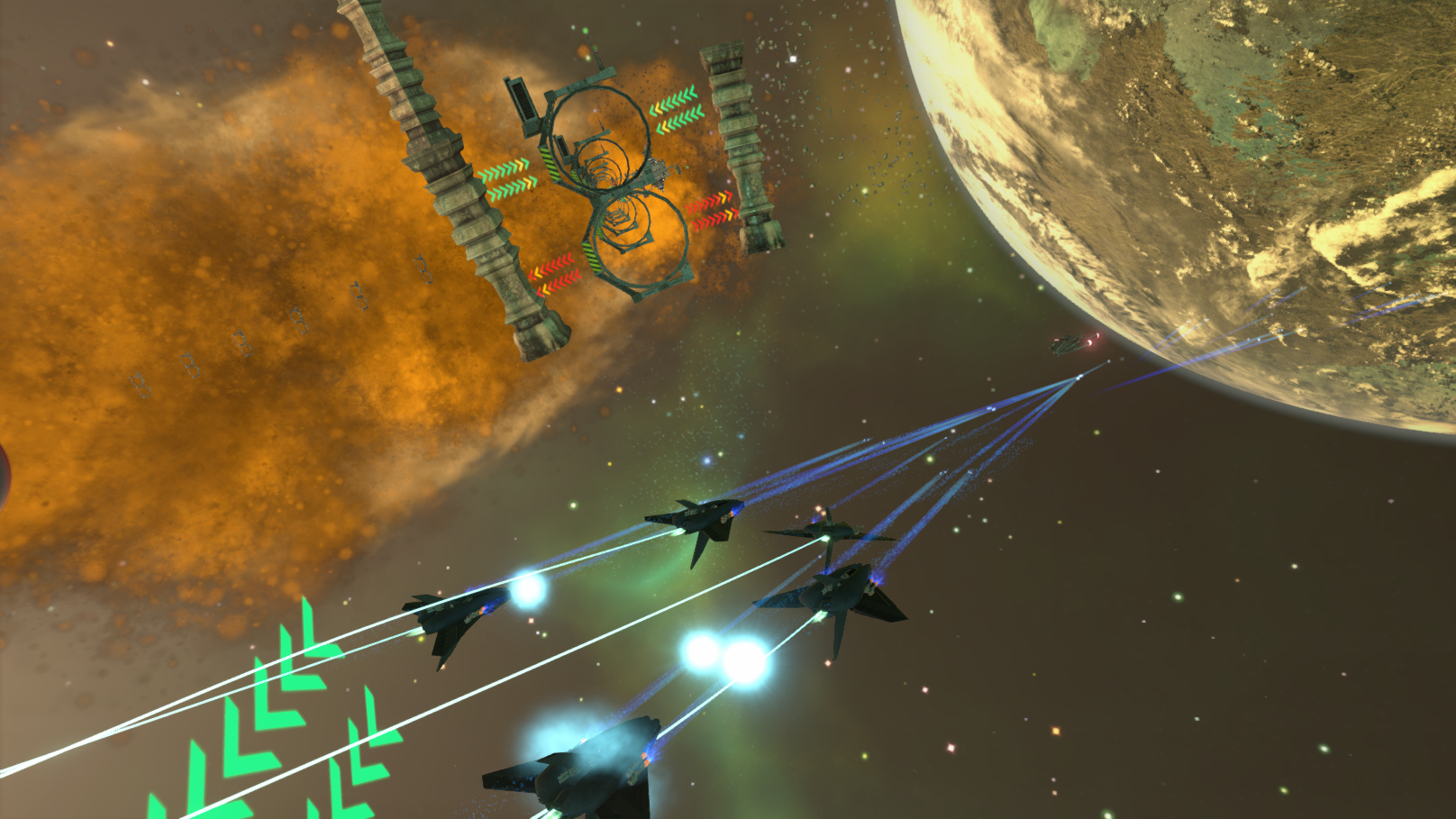 I’ve also been redoing how chatter channels work. What was previously a resource-intensive system that let NPCs talk over each other and was generally chaos has been refined, with global channels limiting and tracking how NPCs talk. This system is still being tweaked, mind you, but it runs and works much better for anyone’s purposes, especially our own.

We’ve also implemented fully the last two playable races. Last month you were shown a brief preview of the very smart and very tiny Macrovari, now take a look at the full animation sets for both them and everyone’s favorite religious hiveminds: the Ballden! 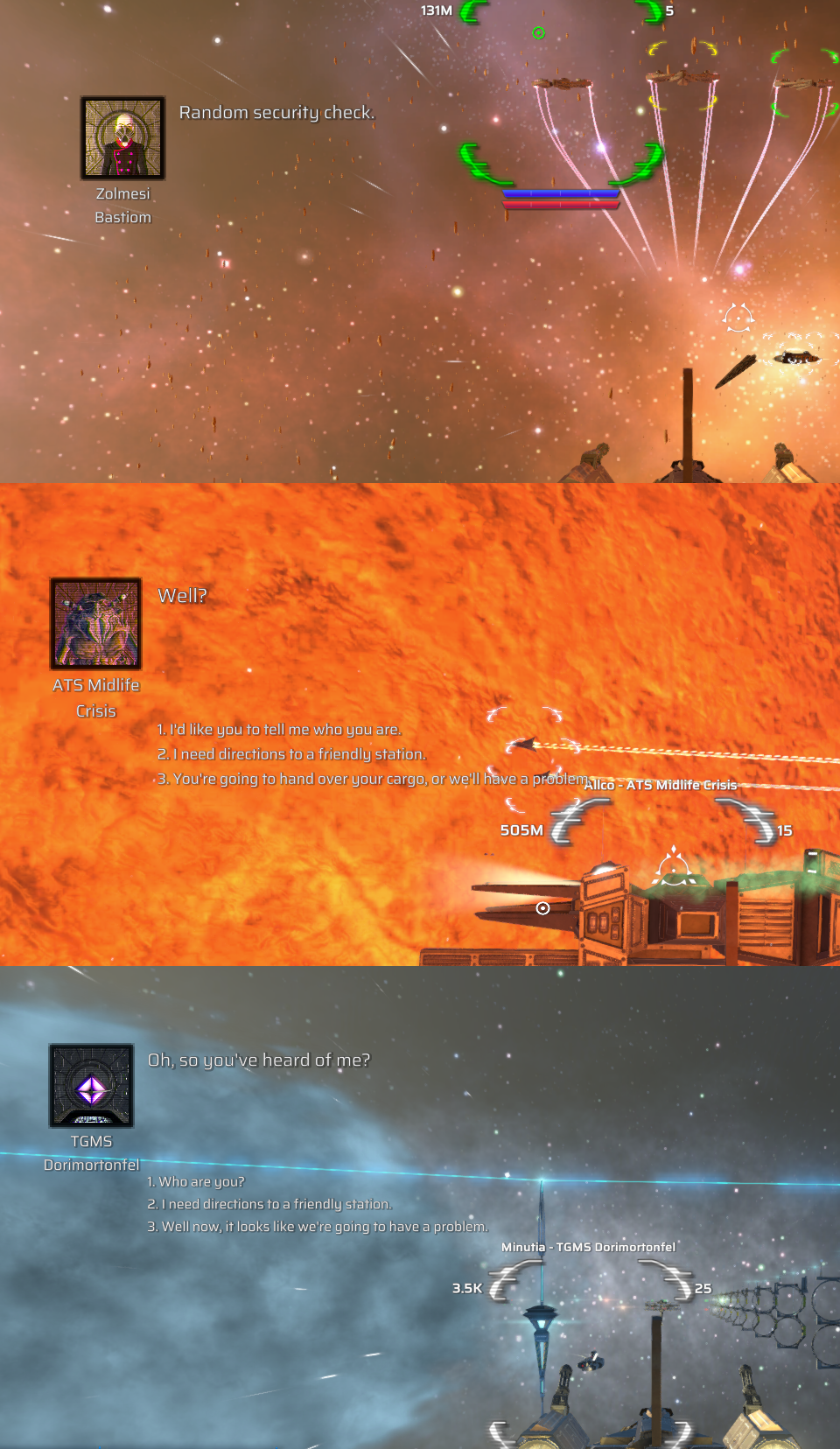 That’s all for this month, as always check back next month for more progress. As a final note we’re looking to make demo releases more frequent, ideally with each one advancing the main campaign in some way.