With October in the rear view space-mirror, another round of progress has been done. Why not come see all the things we've made?

November: Everyone’s favorite Christmas month. Except if you hate snow, which if you live in Wisconsin, you probably do. Still, it makes for a perfect excuse to turn on a heater, lock yourself in a dark room for six weeks and chug away at a fantasy space game. 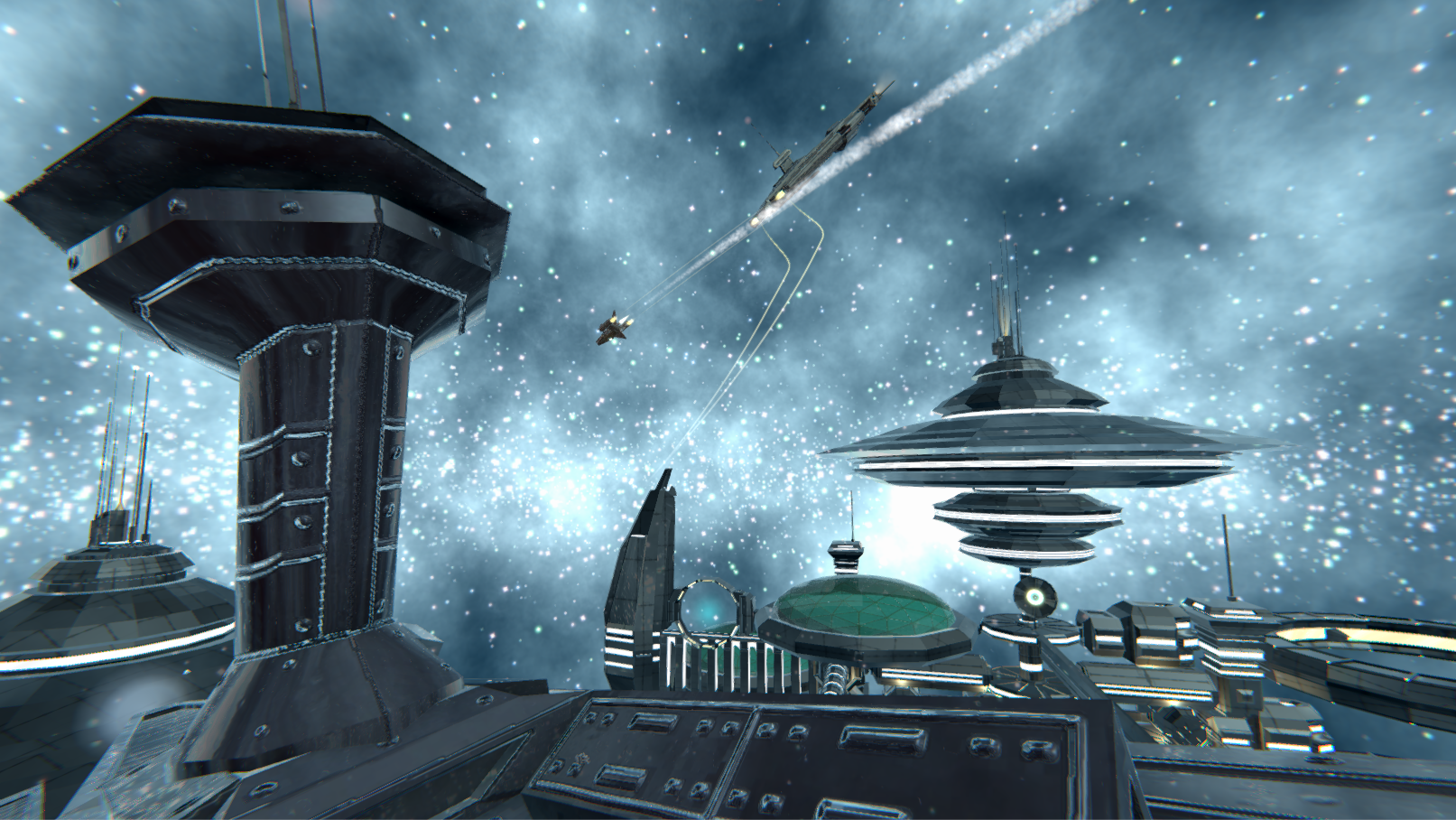 Now, before we begin I have a fairly significant announcement I’d like to make. We mentioned in a previous update, but I’d like to reiterate it as the year approaches its untimely demise: Underspace will not be released in 2019. At the time we made that decision, there was always the chance for a 2019 release, but doing so would involve some serious rushing or releasing it in early access. Obviously, with December coming up, a release really isn’t possible and we early access is not a viable option, hence the delay. I will be trying however to get the next demo out before the year ends, and as always we’ll have these monthly updates detailing progress on the game. If they don’t happen, assume I’m dead. Though that probably won’t stop me.

As always, you can read the full, detailed summary of all that on our Kickstarter page here. This news page will be a brief summary of the things being worked on.
Kickstarter.com

A huge amount of internal work was done this month, including a redux of our skill system (mostly decoupling skill logic from ships and pilots and making it more generalized), how damage checks it sources, functions to retrieve and track loot table data, hardpoint type passes, more advanced NPC spawning, and more. Of course all these new systems meant going back over them and getting rid of bugs both new and old.
With all that out of the way, I could properly implemented the remaining bits of equipment and weaponry that your ship was lacking, including things like:
Automated Systems (including AI turrets, mining, and fishing drones) 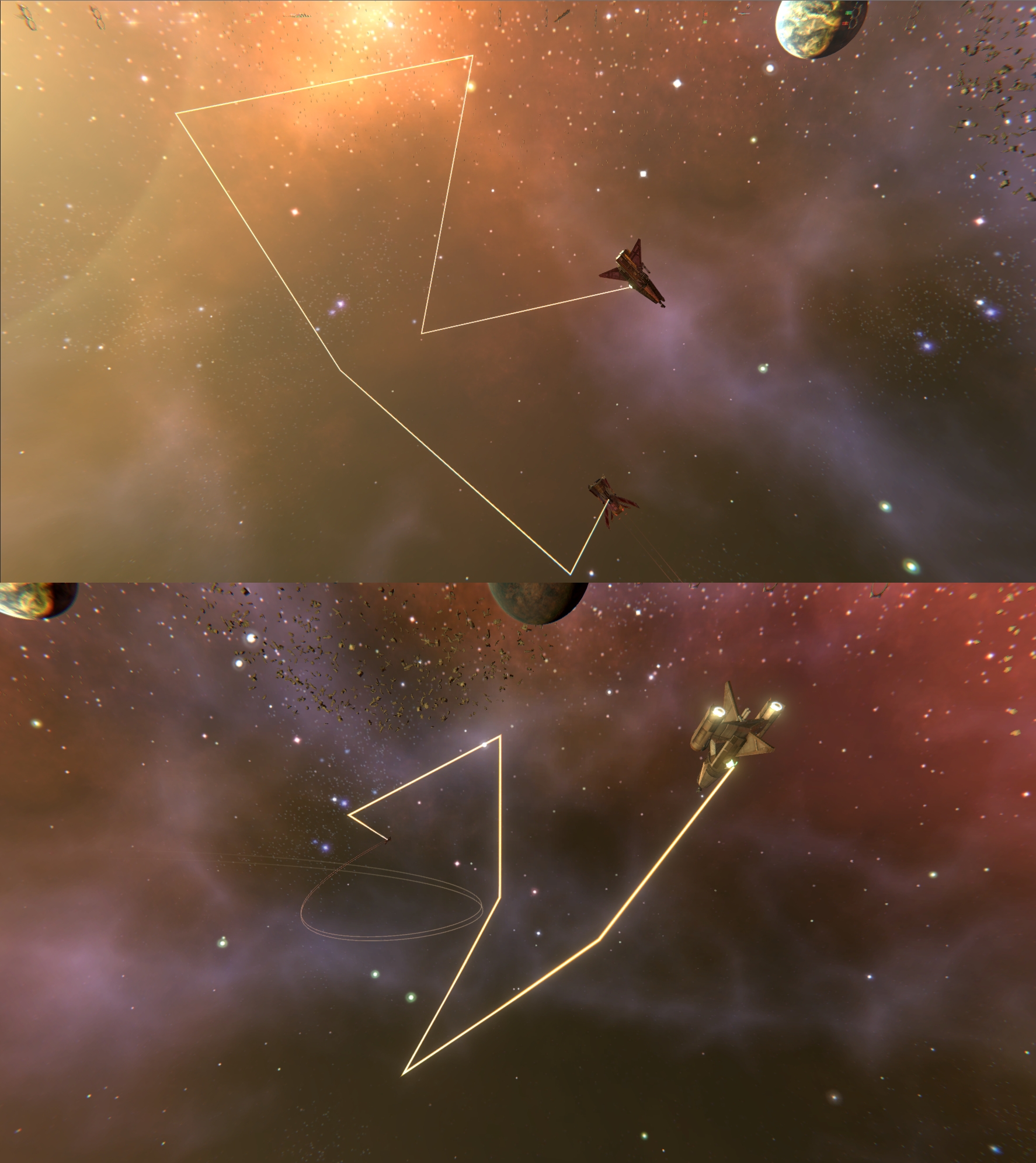 Mines (persistent little buggers that they are) 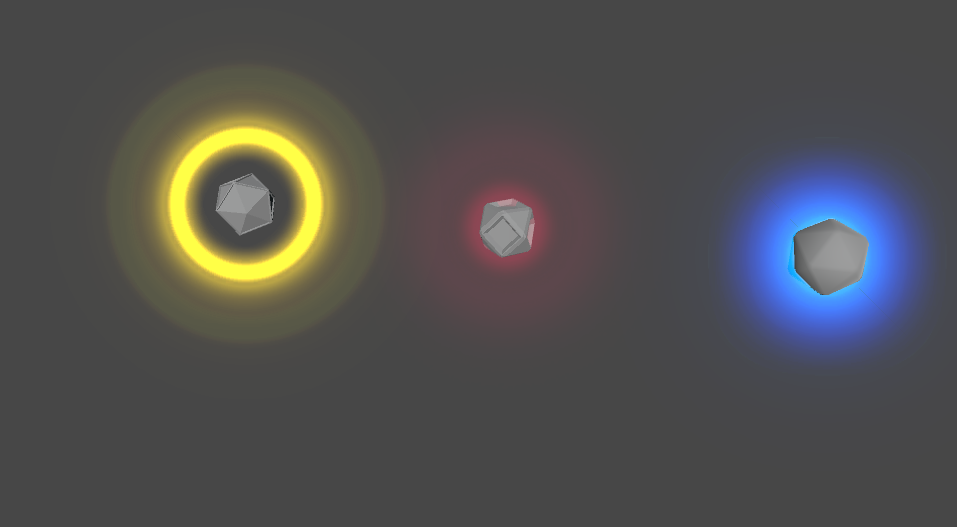 And things that don't really have screenshots, like smuggling holds and cargo containers. Come the new demo, you'll be able to make use of all these things.

While you've always been able to color your starships, you haven't up until now been able to really paint them with things like decals, but that's all changed! At any customization station you can scale, rotate, and place a variety of paintjobs and stickers, which are unlocked through play. 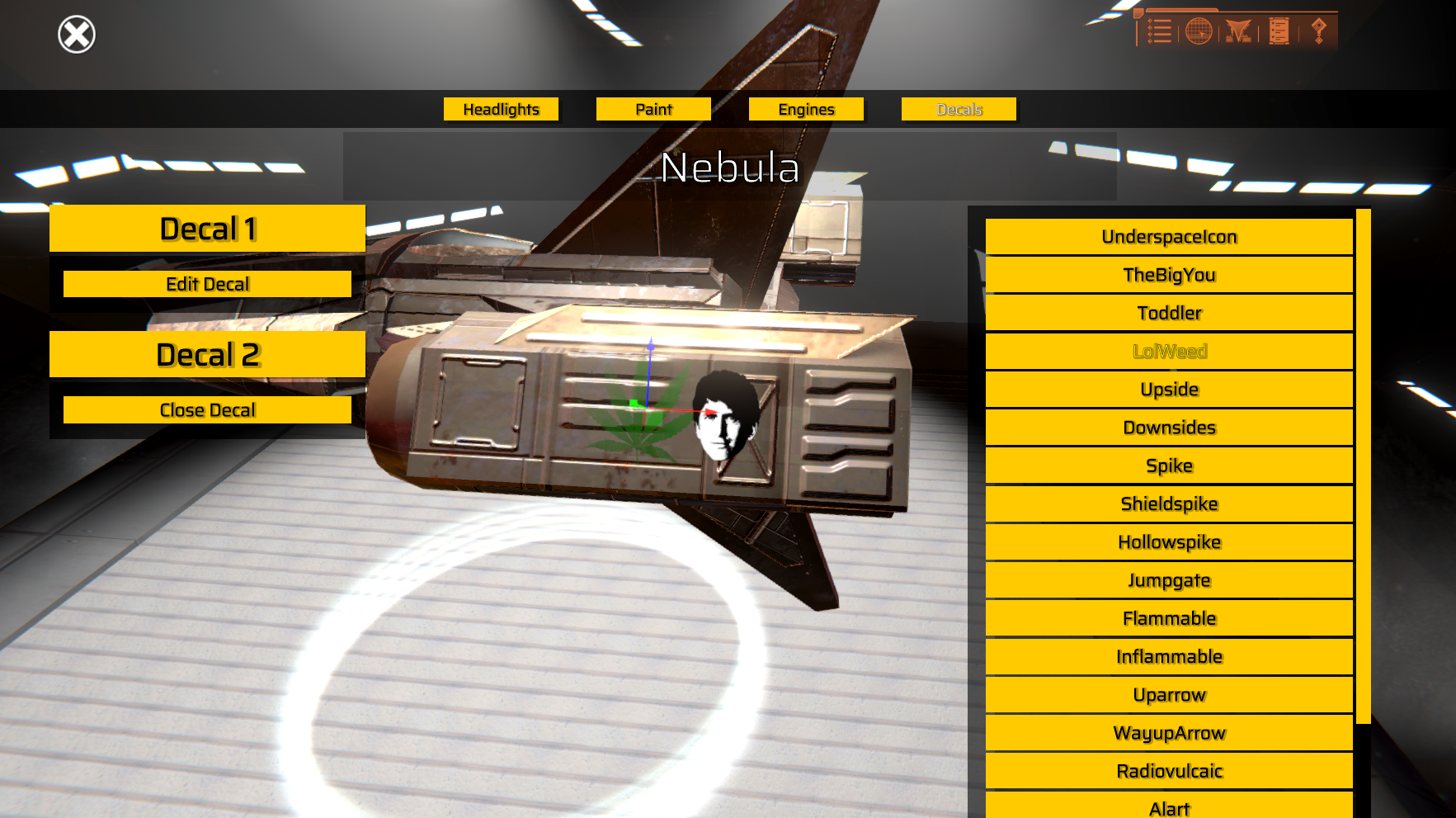 A variety of particle effects and graphics have been gone over, looking for both visual error and things that have clarity issues. This includes engines, weapons, equipment, etc. 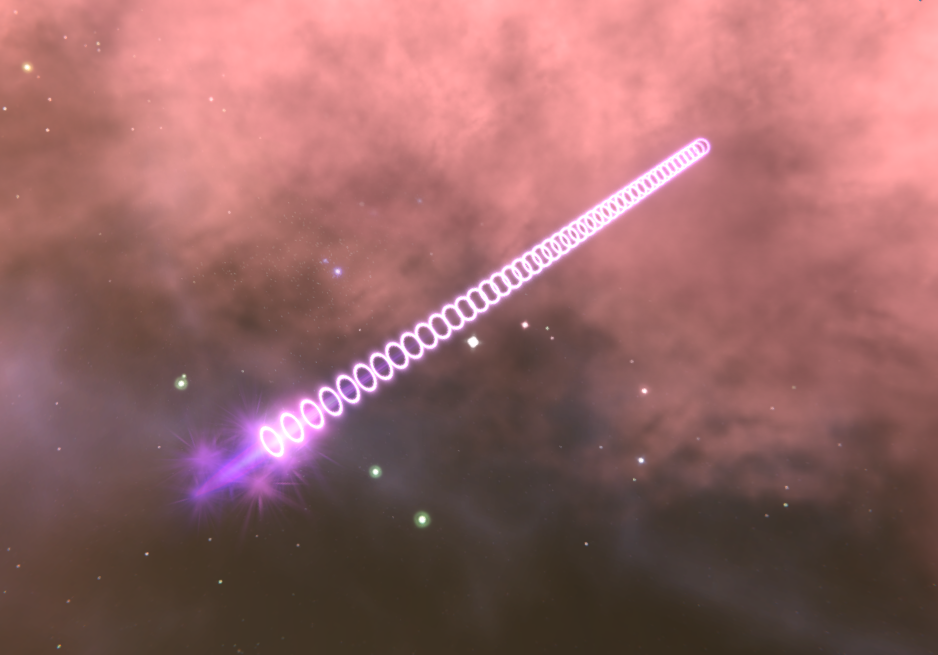 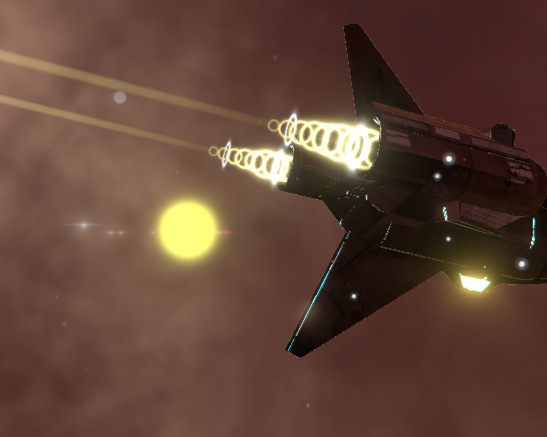 Additionally, a few UI windows weren't up to the same standards as the rest of the game, such as news and mission windows, but that's changed and fixed. The UI itself is also having its last few assets done up, to be in line visually with the rest of the game's interface. 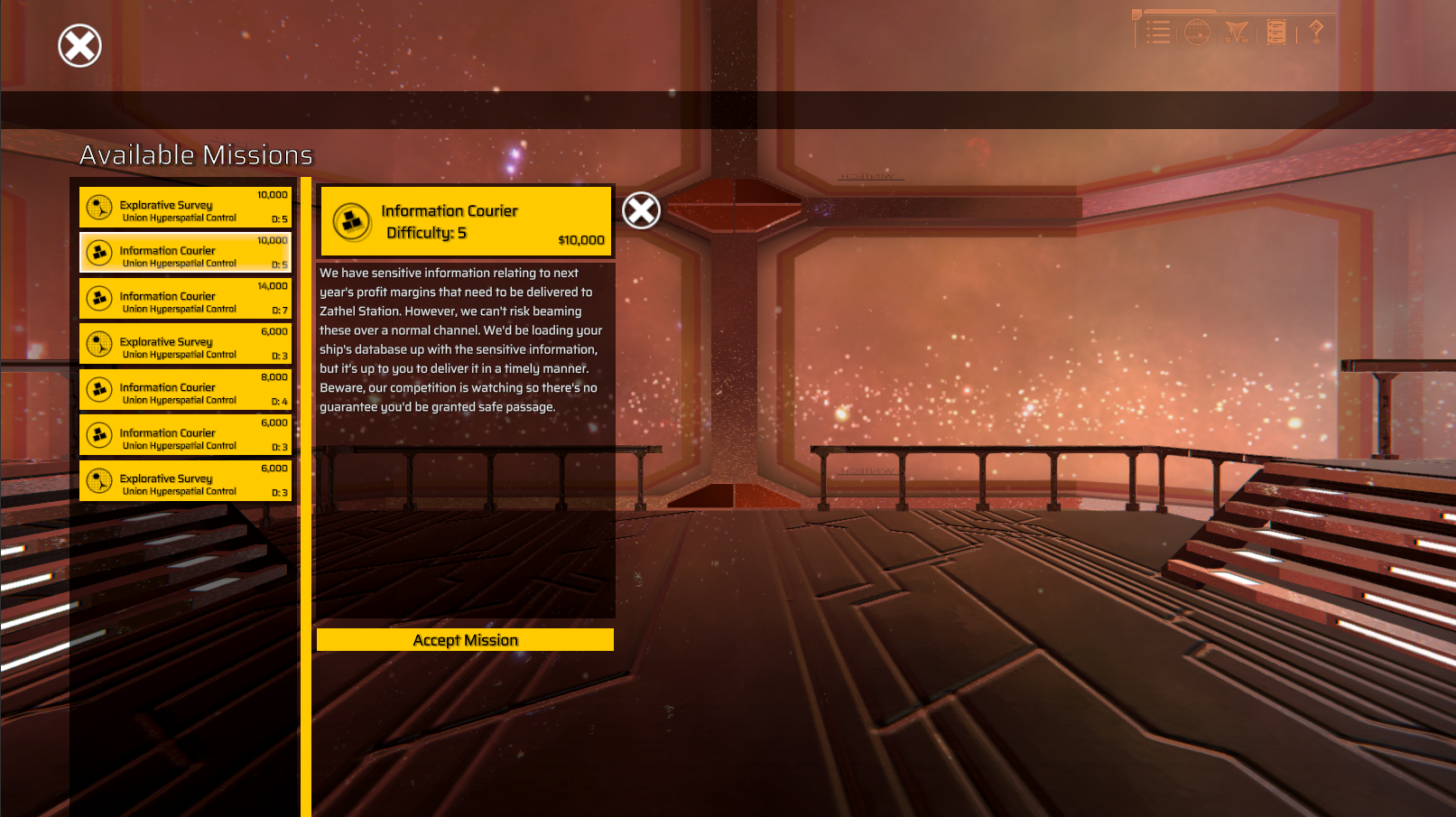 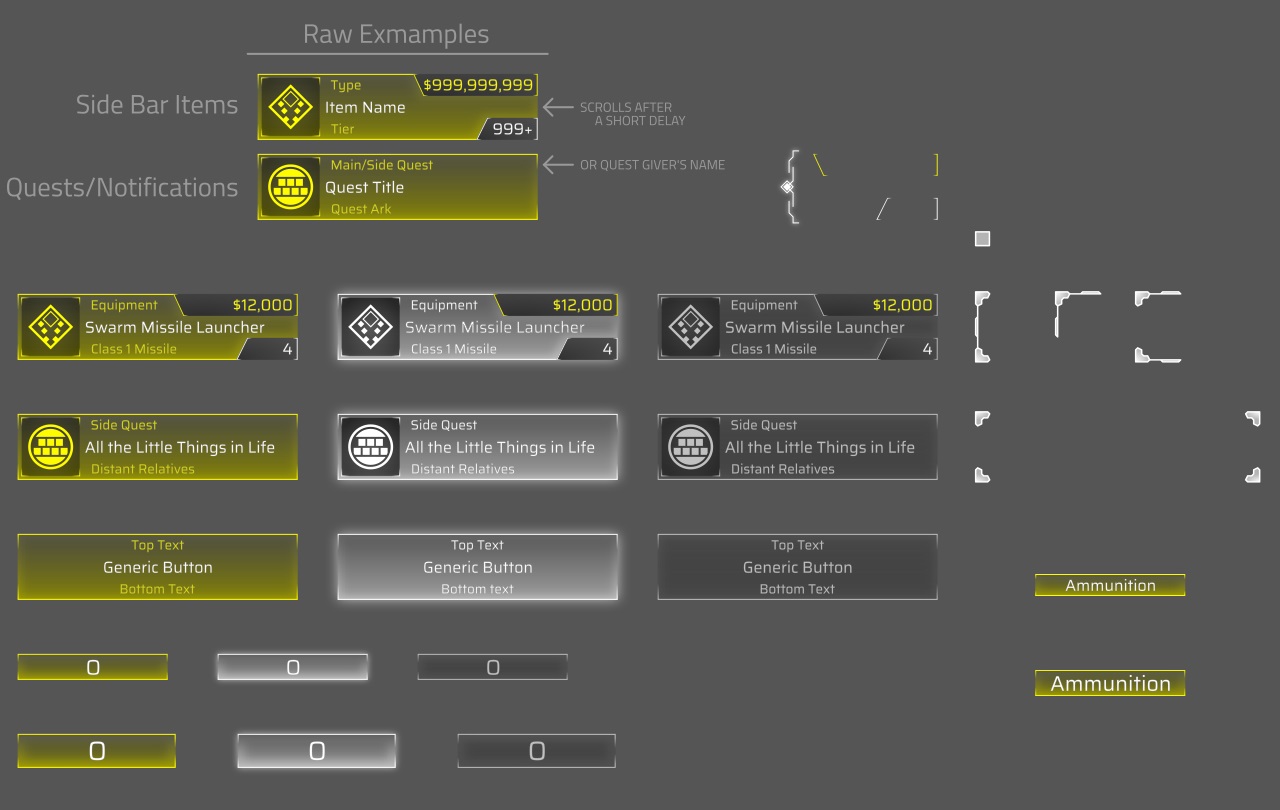 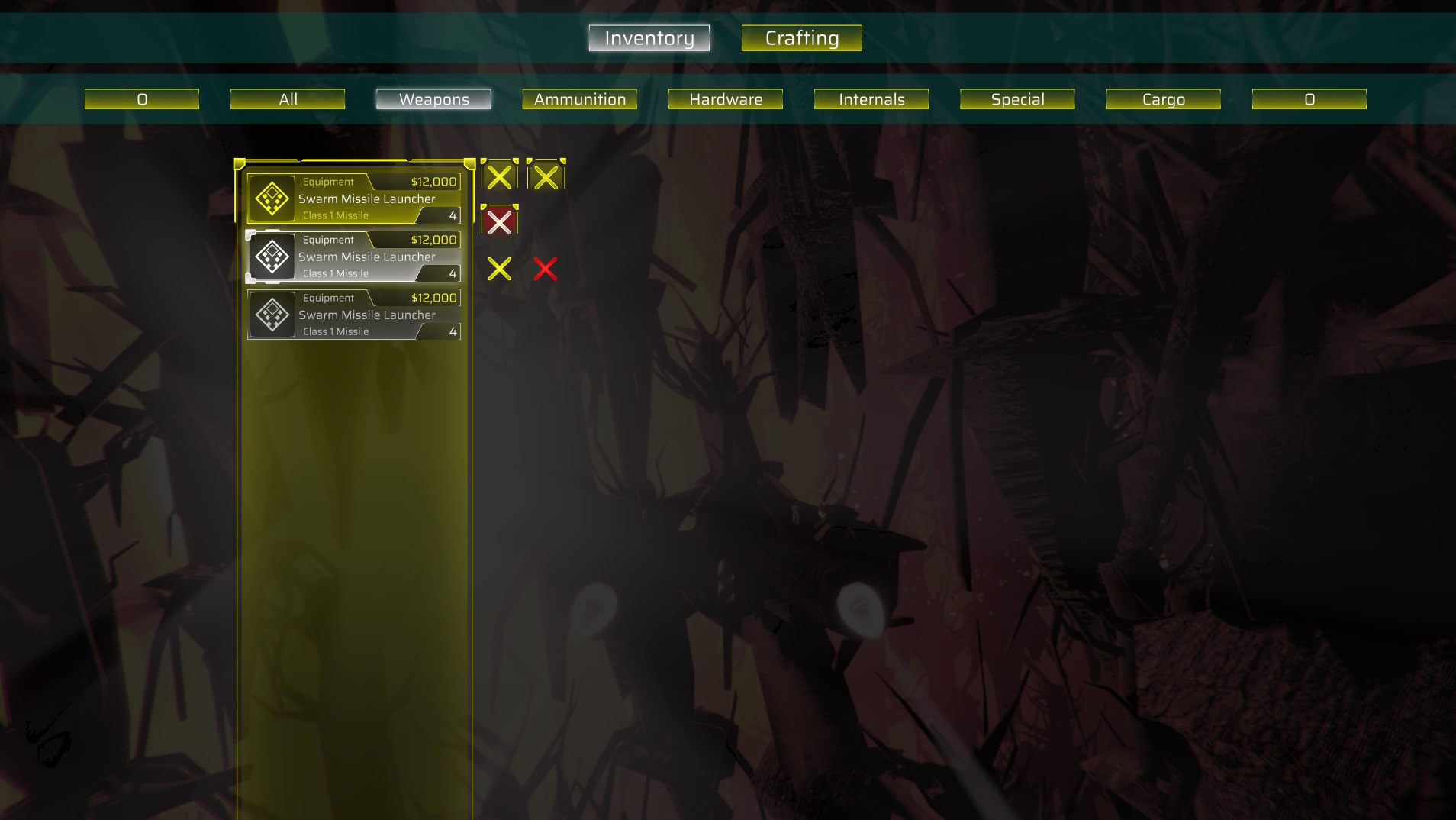 Fish have also been improved, and are no longer just animated statics but exhibit proper flocking and boid behavior.

And of course our various artists have been hard at work with lots of new assets. Things like new station pieces, battleships, and space deer. 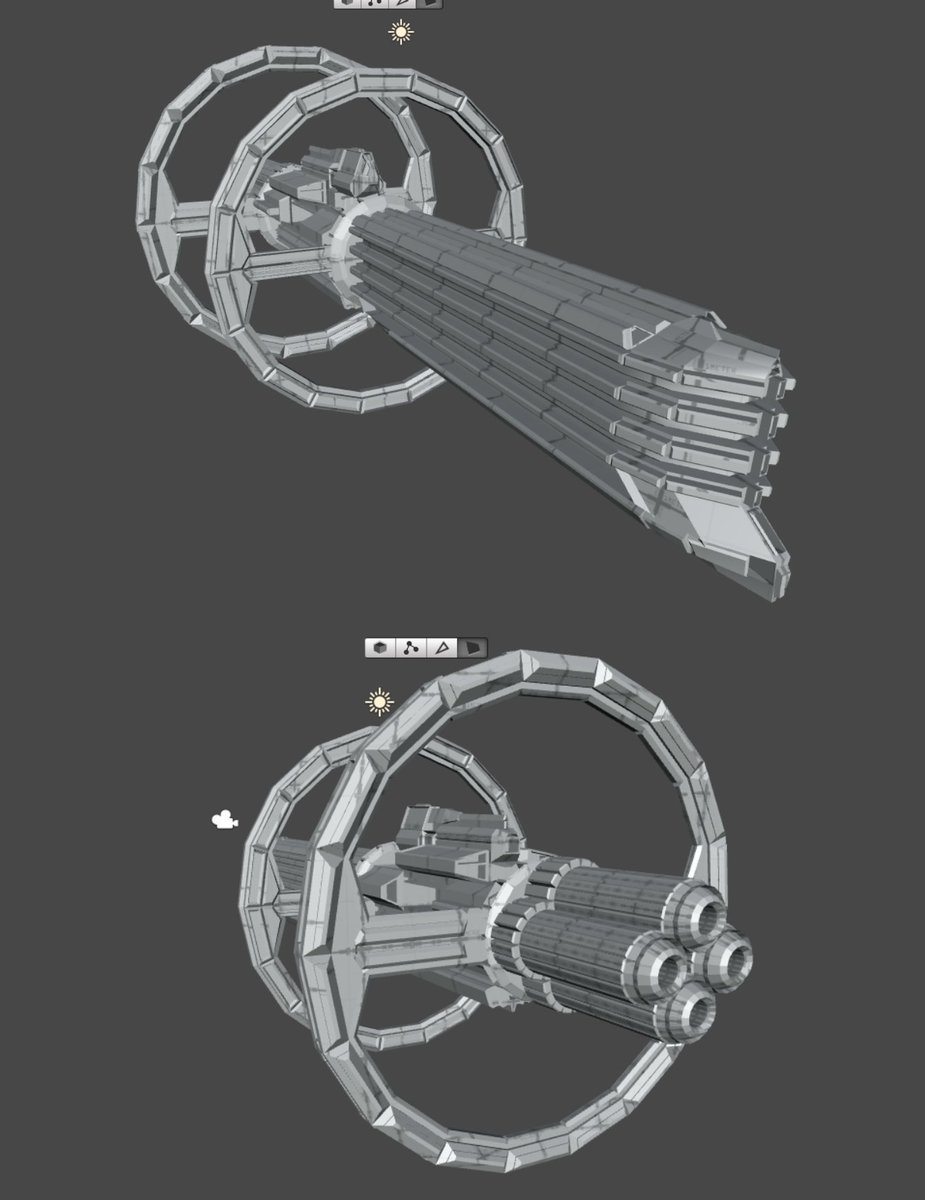 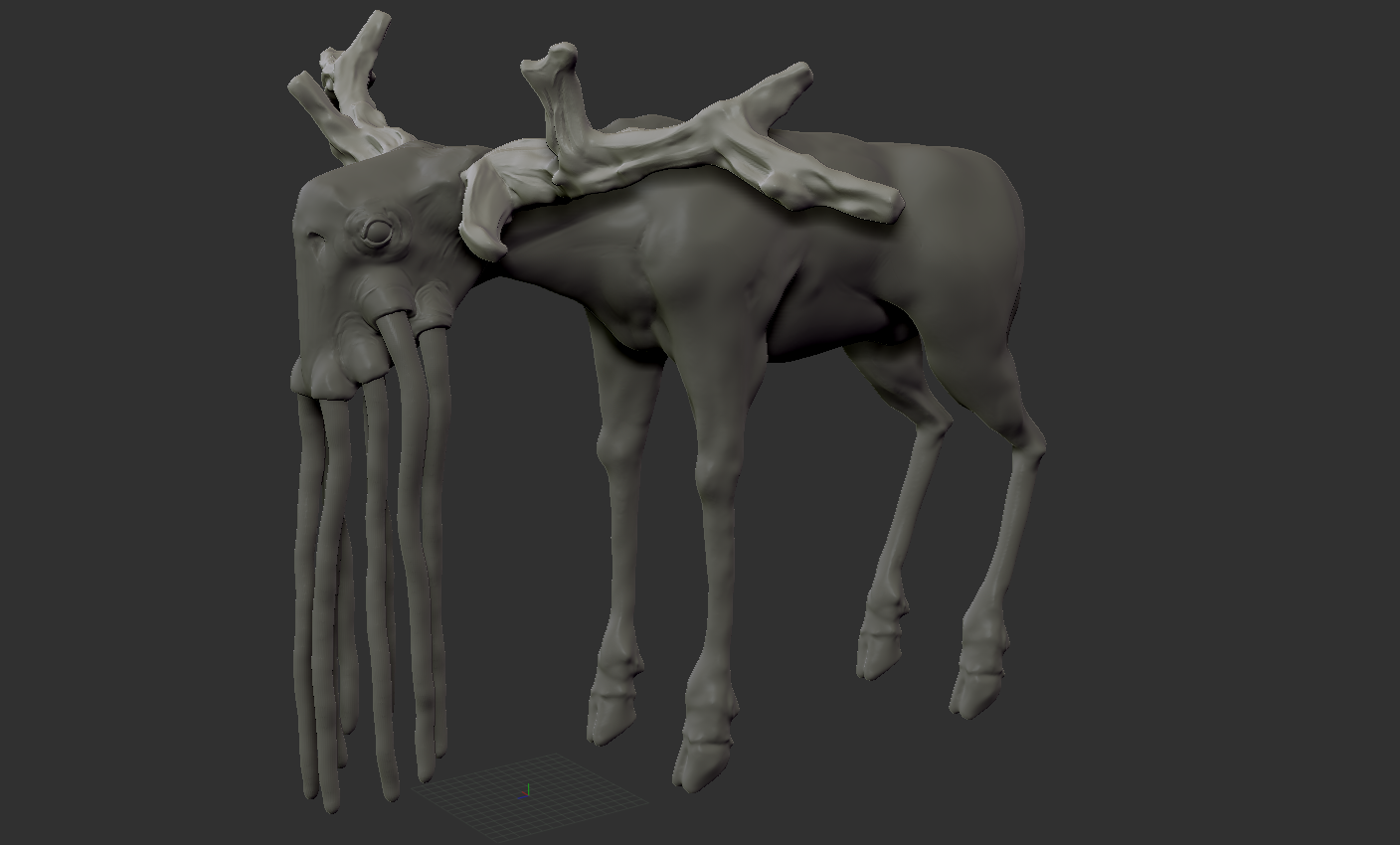 We've also finally added proper gamepad and joystick support. It's rather rudimentary right now, and made us realize that a pass on input needs to be done. 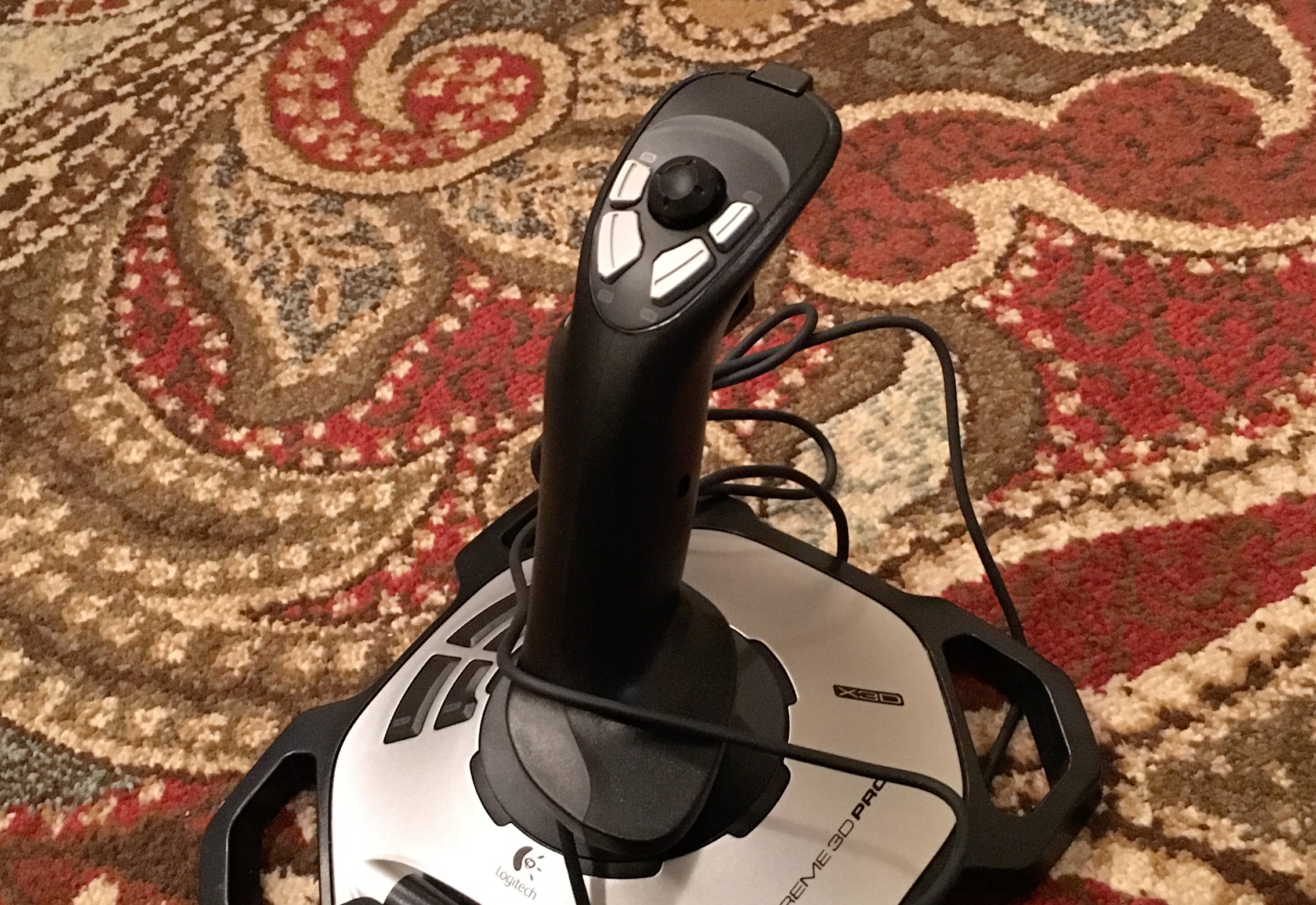 And that’s all for this month! There's lots more to cover in the Kickstarter page proper, so check that out. As November continues to freeze everything, we’ll be moving forward on things like suns, nebula passes, redoing asteroids (they suck right now), more models, better explosions, wreck models, etc, etc.

As mentioned we’ll be trying to get the next demo to you ASAP. The tutorial mission is written out, but still needs to be implemented and scripted.