We'll be showing off the game at a conference in Madison! Also mimics and books and multiplayer and stuff I guess, come take a look!

Mother Nature’s icy cold grip has relaxed upon this Midwestern world ever so-slightly. Which means it’s snowing constantly but at least it’s 20 out instead of -4 farenheit. But ah, what is weather to a man with cheap central heating? Basically nothing. Which means there’s plenty of time to bunker down and get some work done.
But first, some announcements!
If you’re near, in, or want to be near or in the Madison, Wisconsin area, we’ll be exhibiting at this year’s M+Dev Conference! Some of our team will be there, along with a playable arena demo, plus all the other nice stuff you find at conferences, like people giving talks on things! 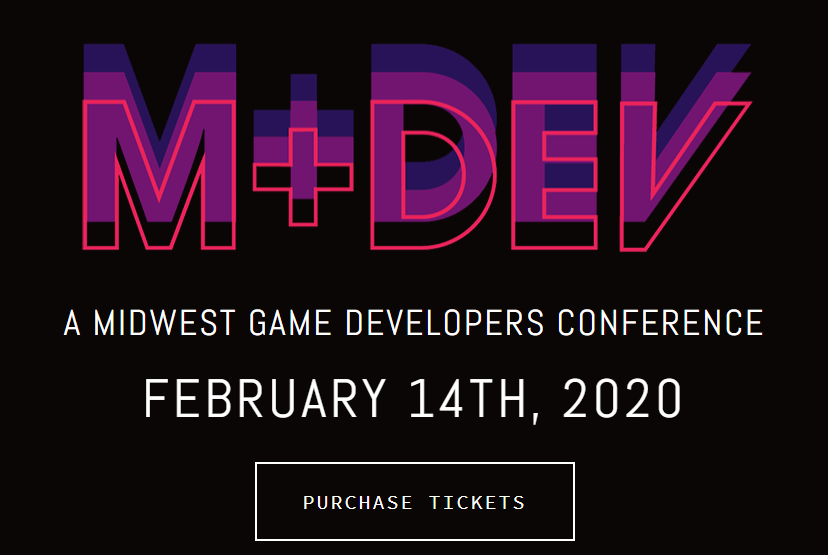 It’s coming up on Valentine’s Day, but tickets are still on sale, so if you’re interested, check it out!
Of course, a big event means a new demo. Demo 1.6, bringing all kinds of new features, optimizations, new grafics, and all the typically massive amounts of stuff you’ve come to expect from our major demo releases. It won’t be exactly at the same time as M+Dev, as their demos are different beasts, but close to it!
Onto progress! As always, you can read the full article on Kickstarter here:

Much of the time last month was spent overhauling the rest of the UI (those bits that aren’t the HUD) to make it prettier and in line with the rest of it graphically. We also went through and fixed a great deal of bugs, polished icons, and much much more. 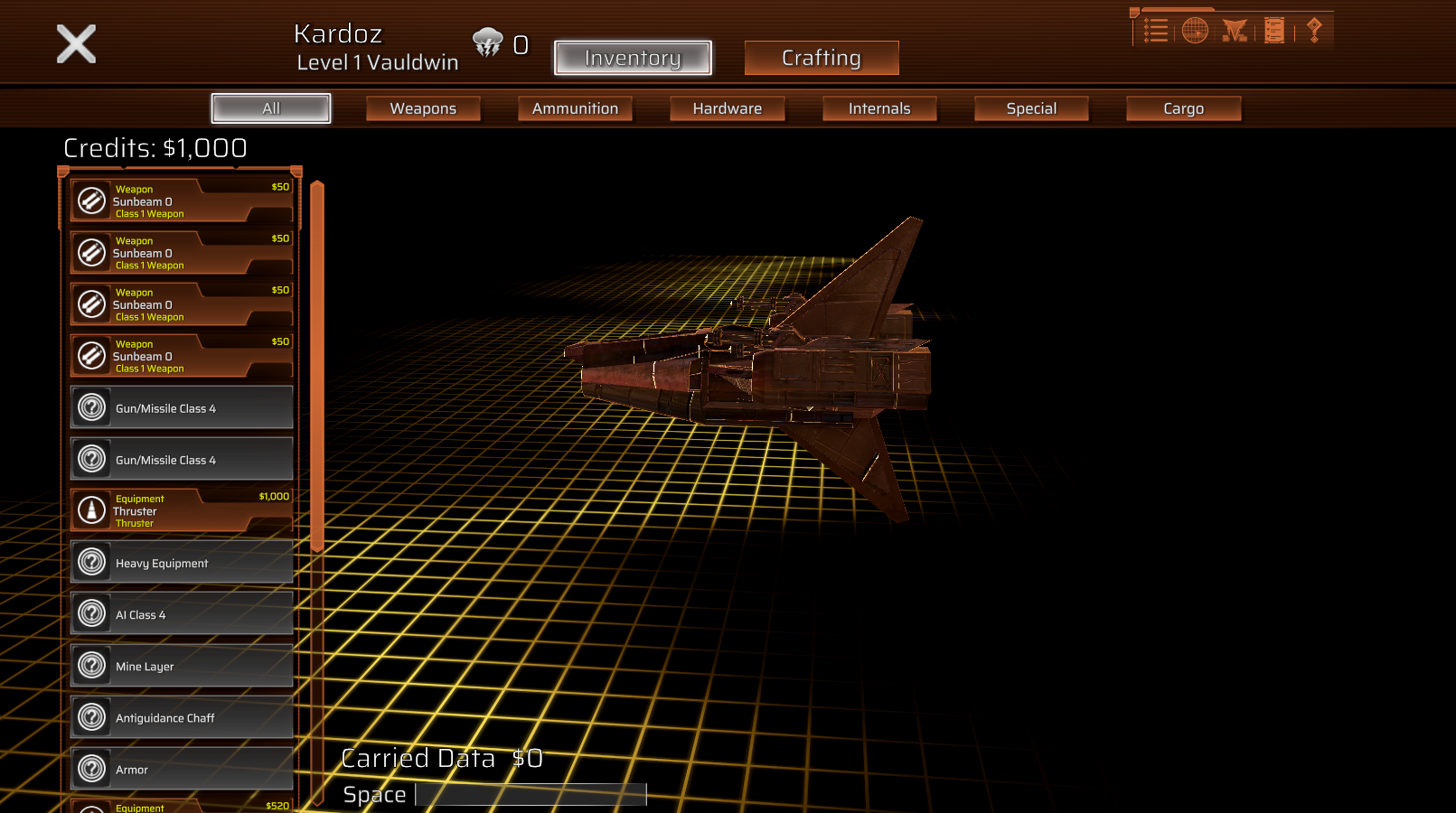 First person interactions while on stations have much more too! The player can frob objects such as switches, buttons, levers, read books, hack into emails and command terminals, and use keypads. All of this is used to give the world more flavor, as well as puzzles and special interactions during quests. 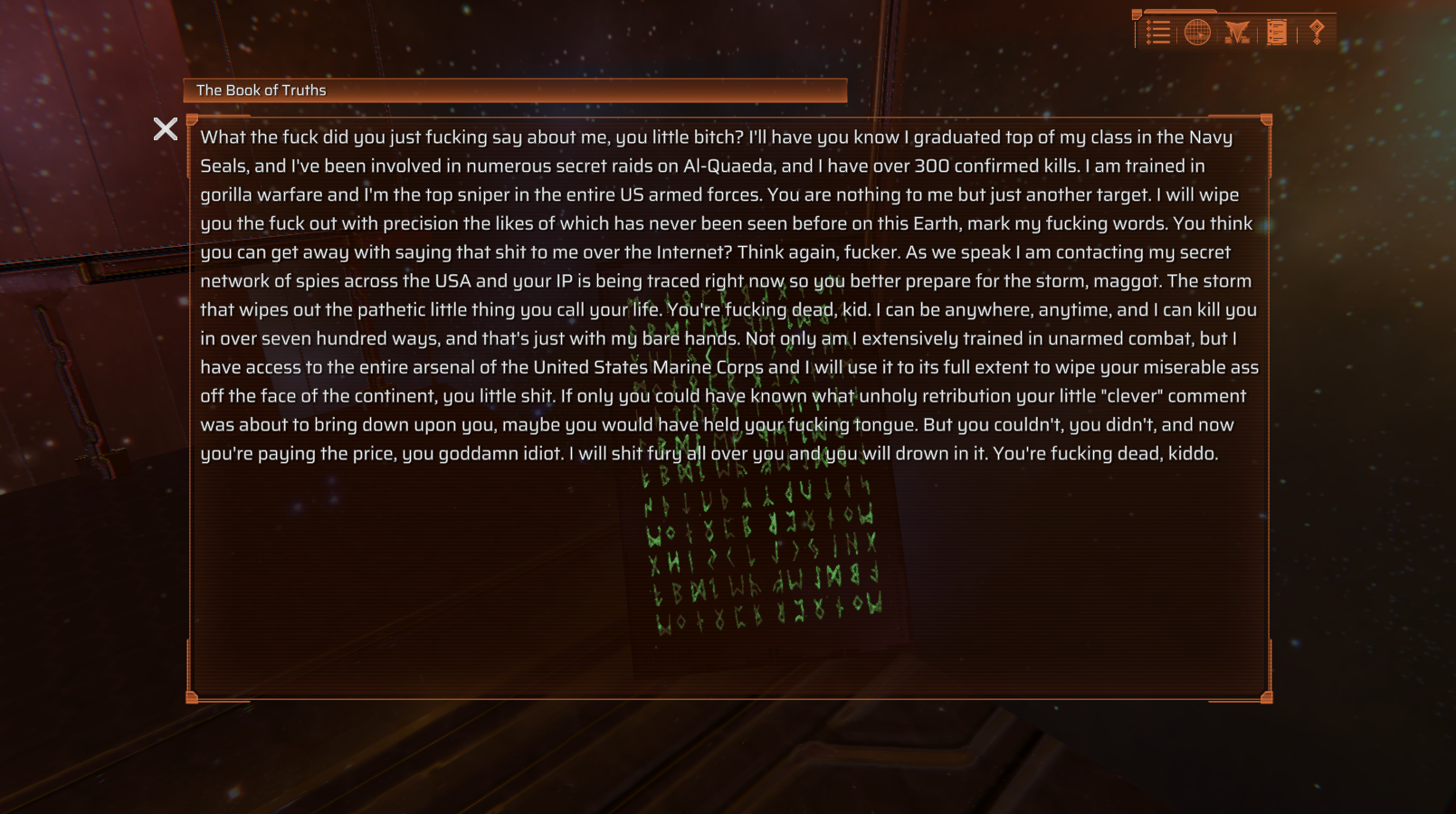 At some point we realized that we could either spend a bunch of time trying to make our old, extremely, hyper-suck multiplayer netcode work, or we could take the same amount of time to redo it from the ground up and do it right. Luckily, a fair bit of our old code logic is still usable, and already a good bit of progress is being made.

We’ve also redone the internal code that handles input, mostly to support mouse, keyboard, joystick, and controller mappings and such. We’ll be doing a controller survey closer to release to get a better idea of the average user’s preferred flightstick in that sense.

Jumpholes! Wormholes! Rifts! Singularities! Long before the Union built their great steel gates between the stars, these swirling vortices of potential and nightmare were often the only way to cross great distances. Now, every system that has jumpgates has (with some exception) hidden, far less legal jumpholes that anyone is free to use. 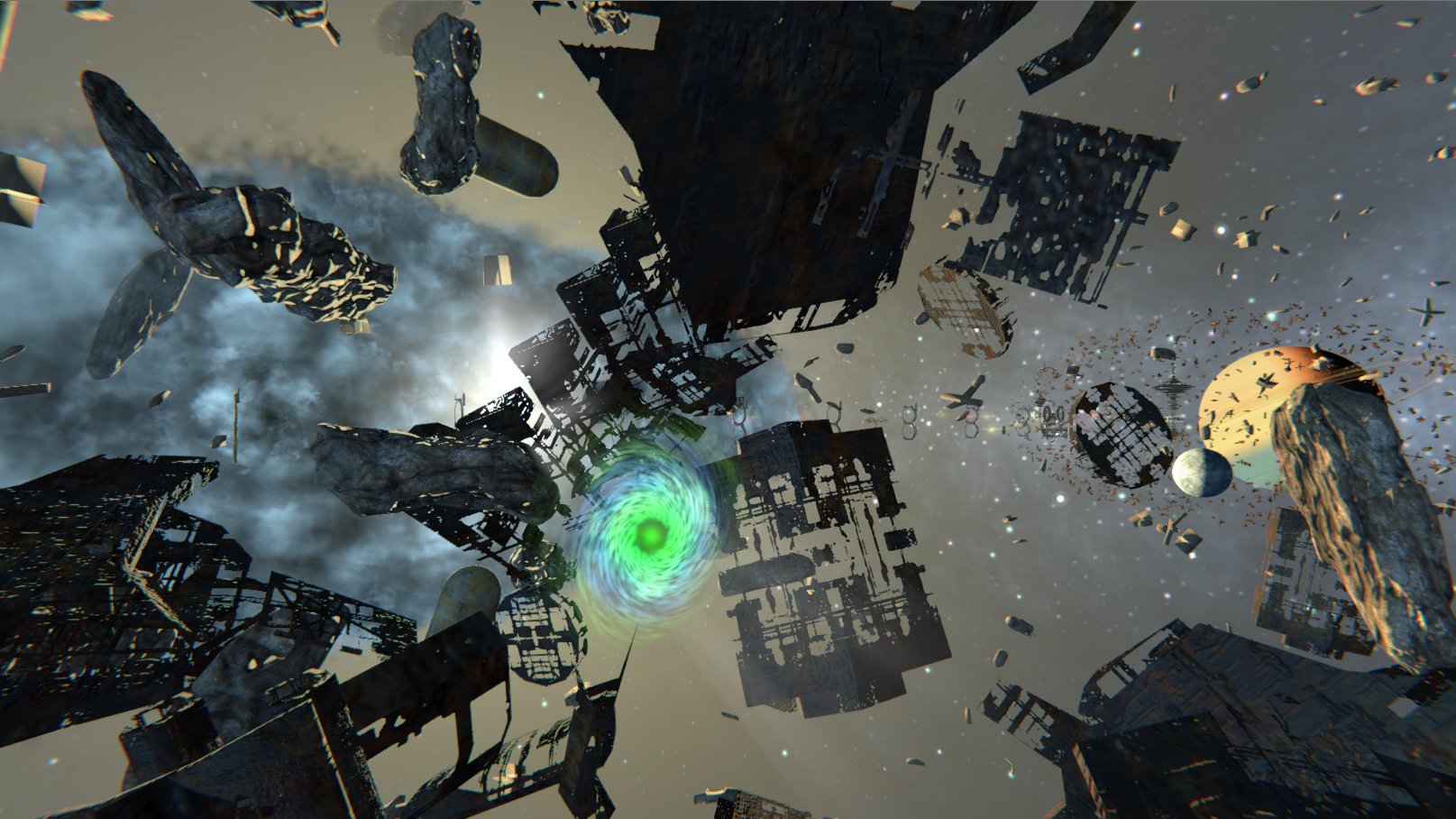 But be wary, jumpholes are unstable, and can fail. And you don’t want that to happen.

And we’ve got plenty of new assets to show off, from character models, freighter models, ruins, to bosses and shipping container mimics! 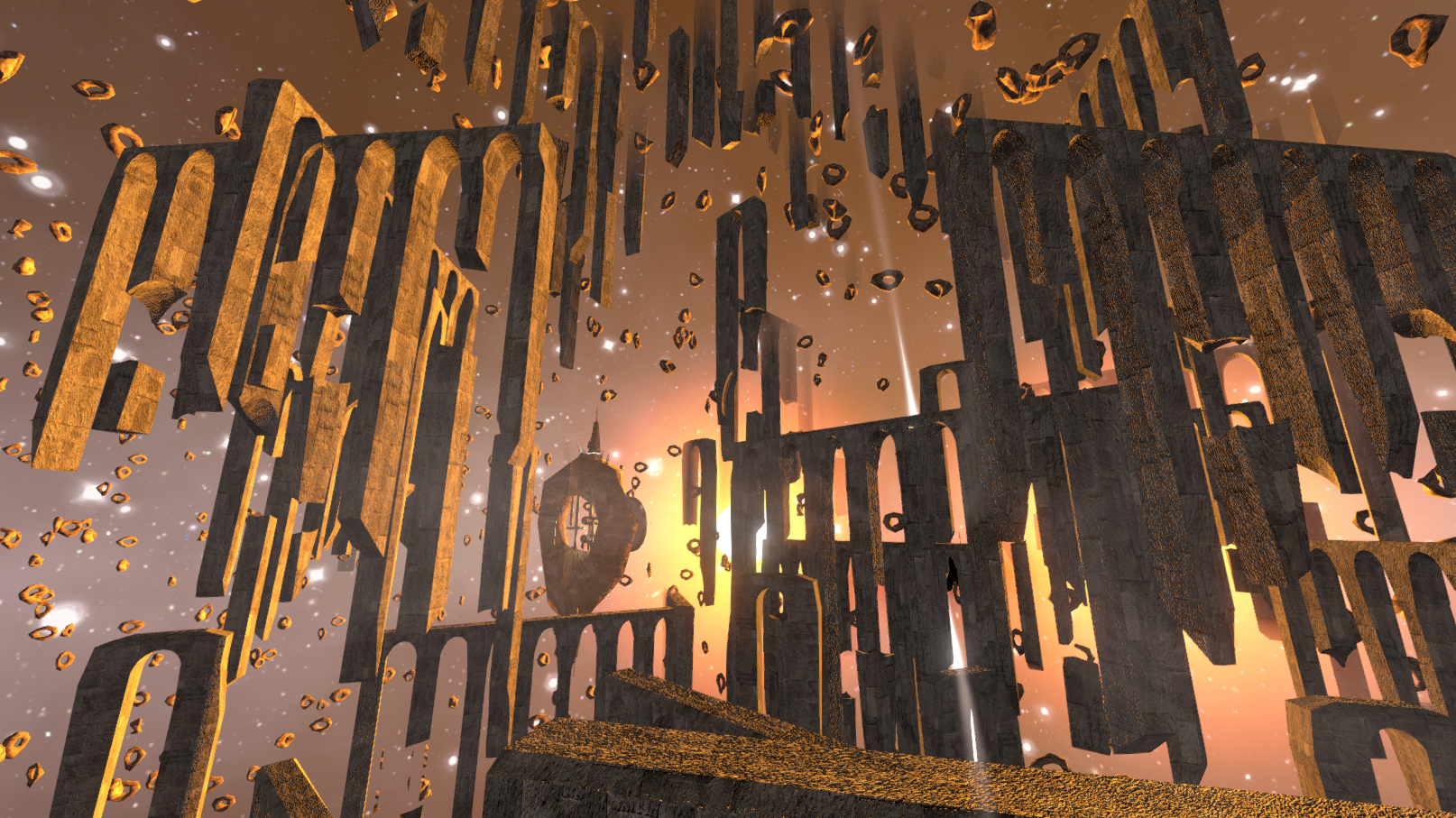 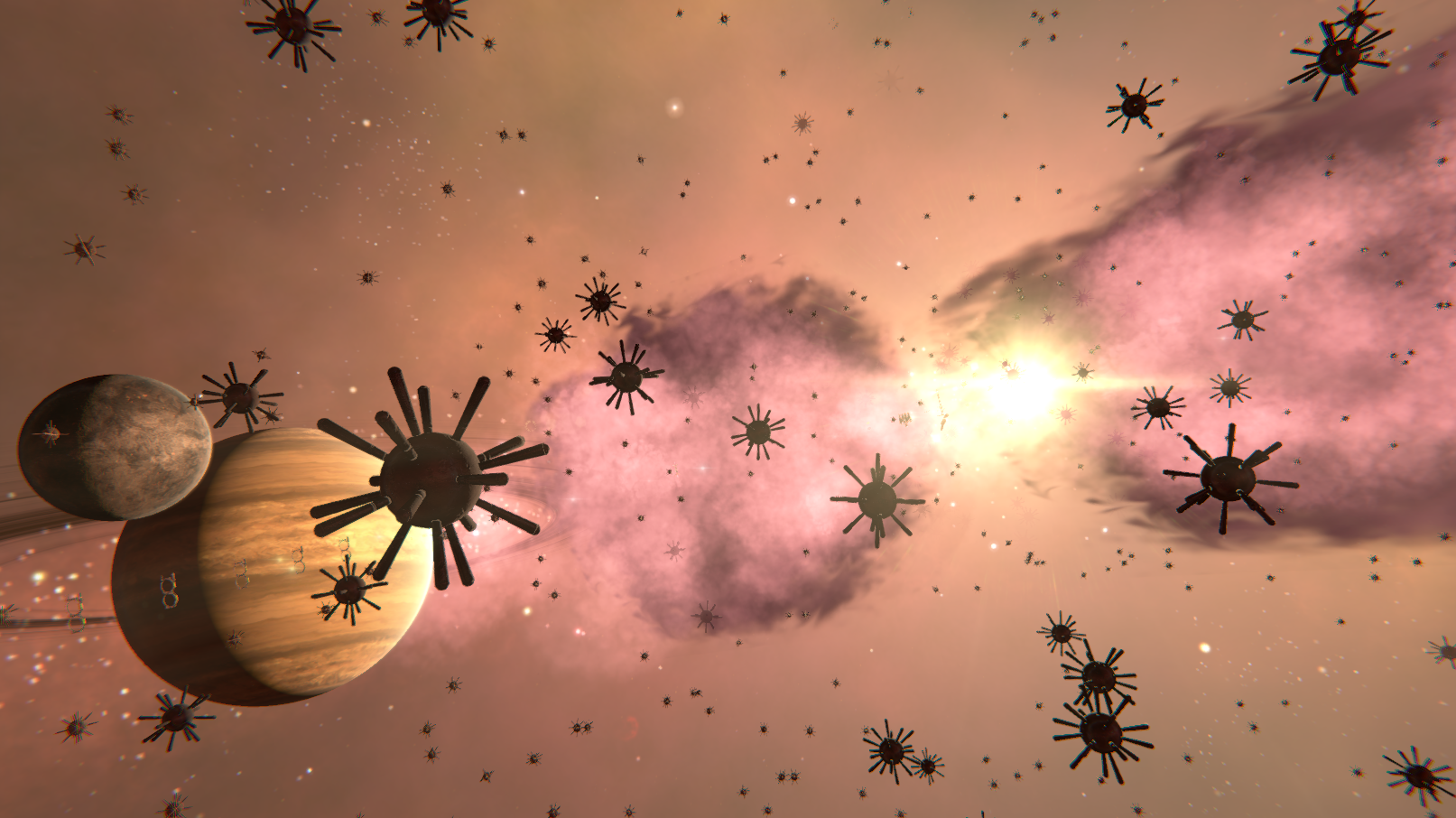 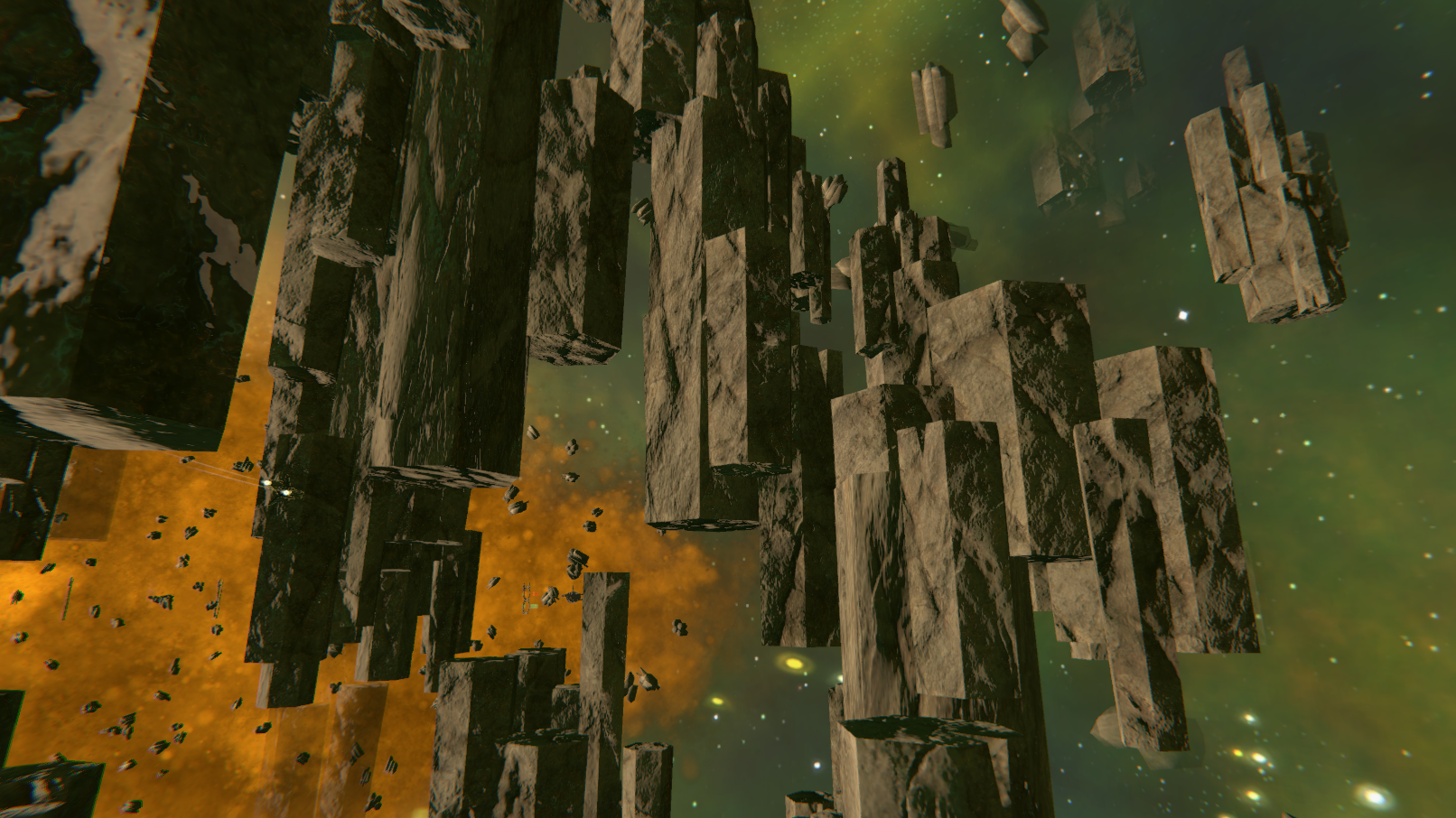 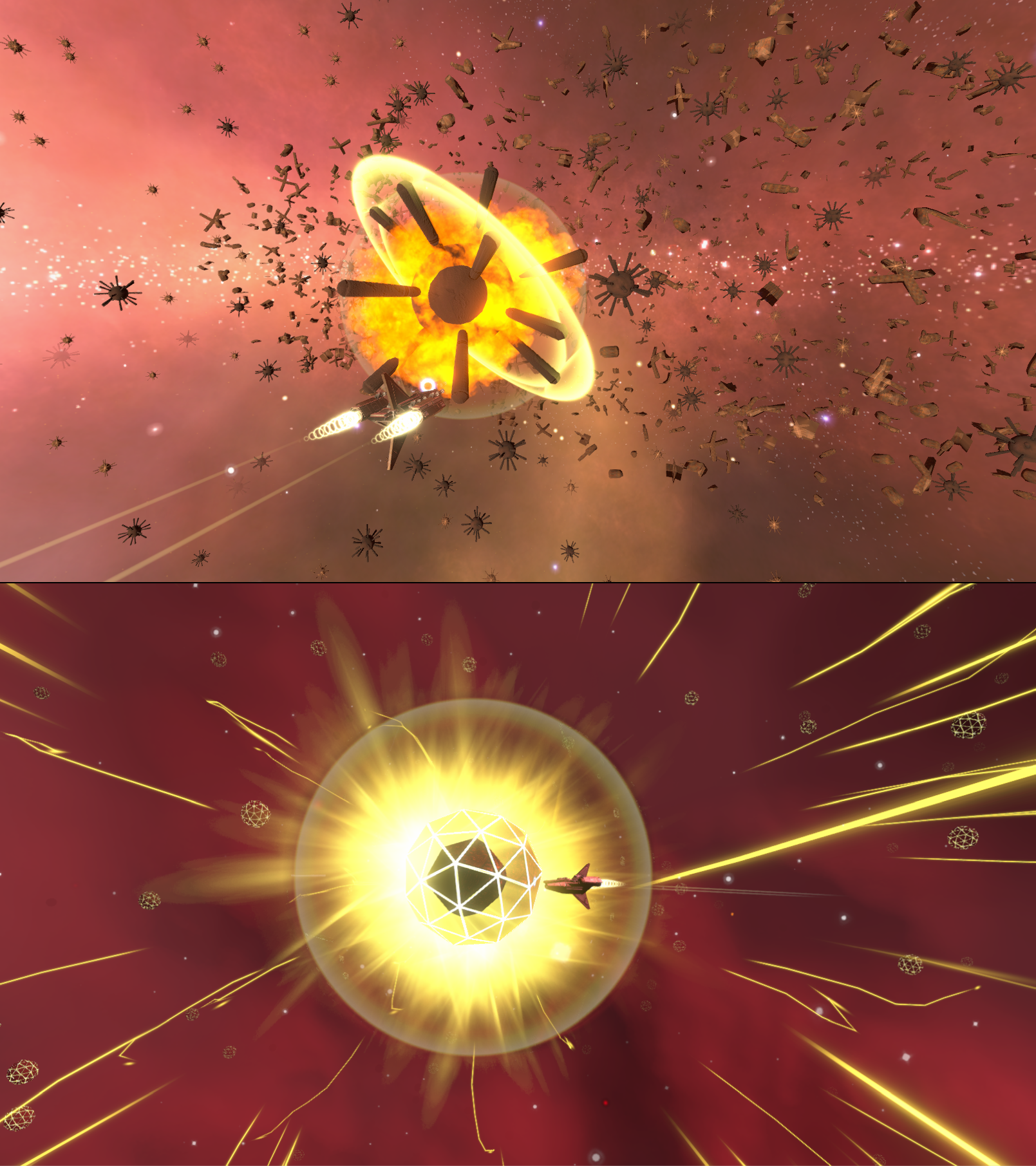 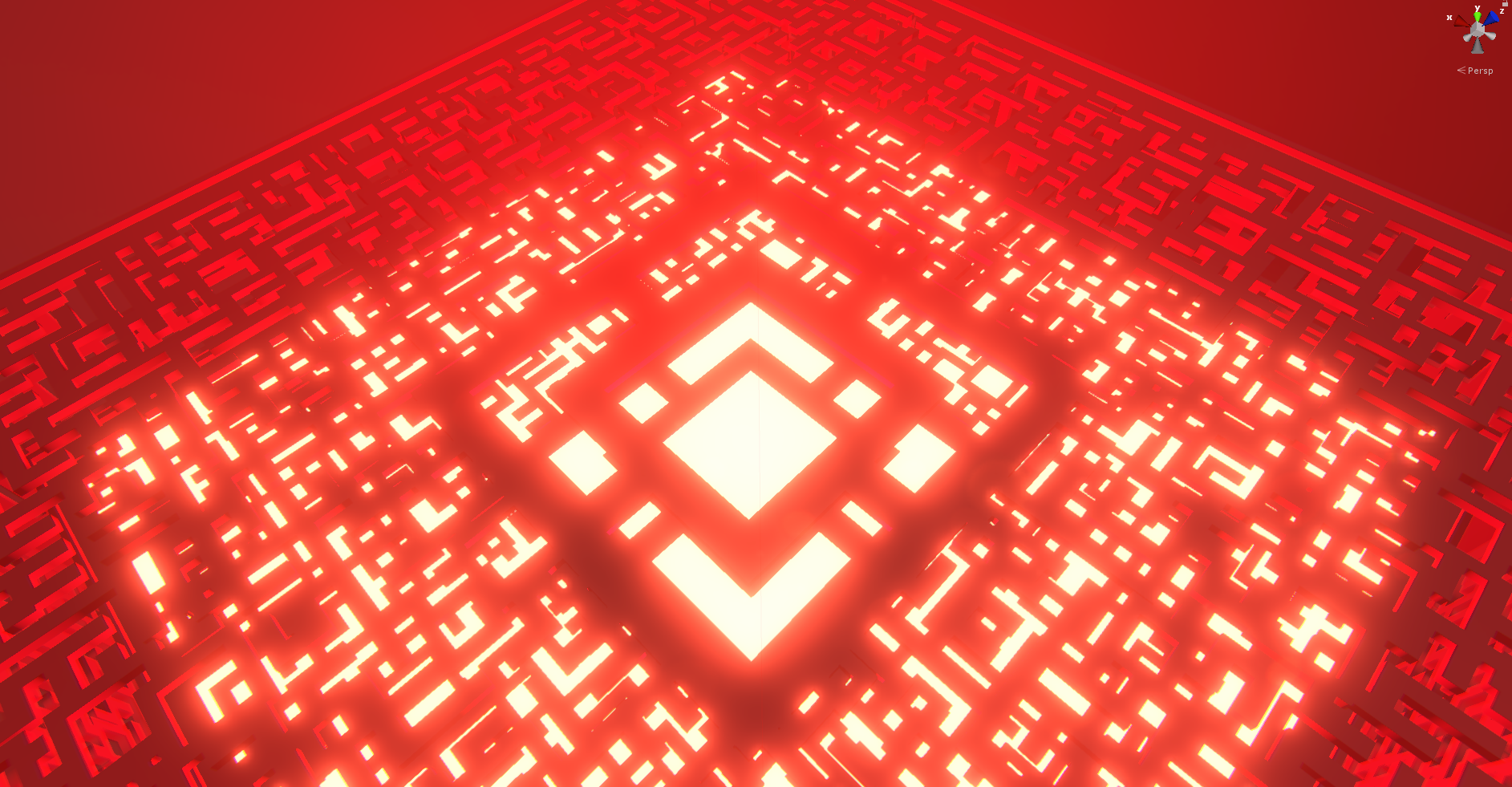 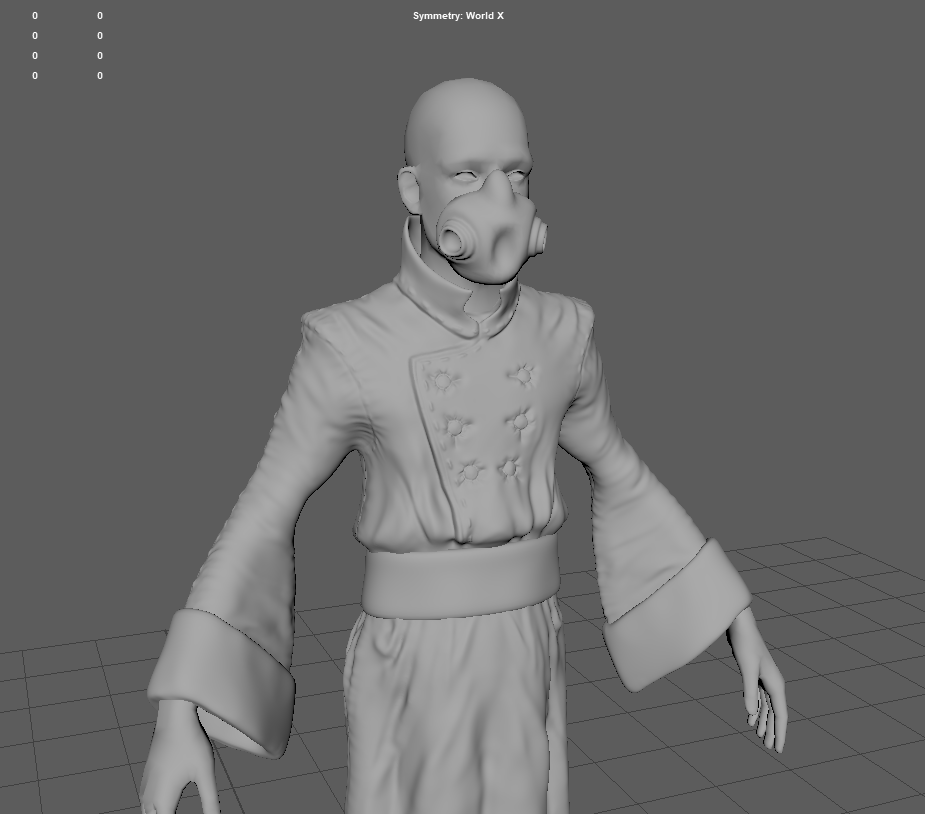 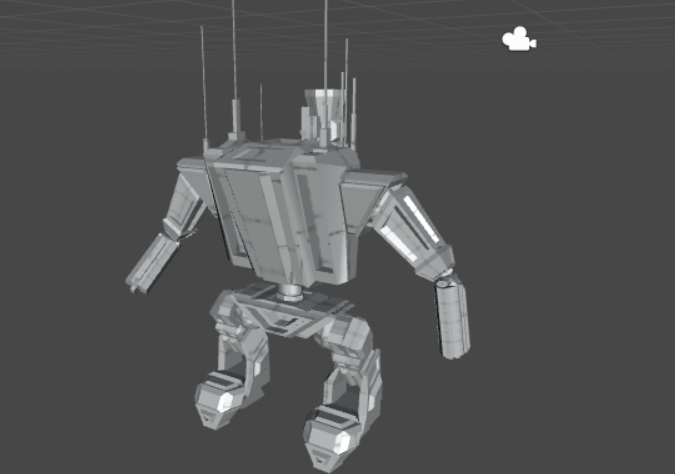 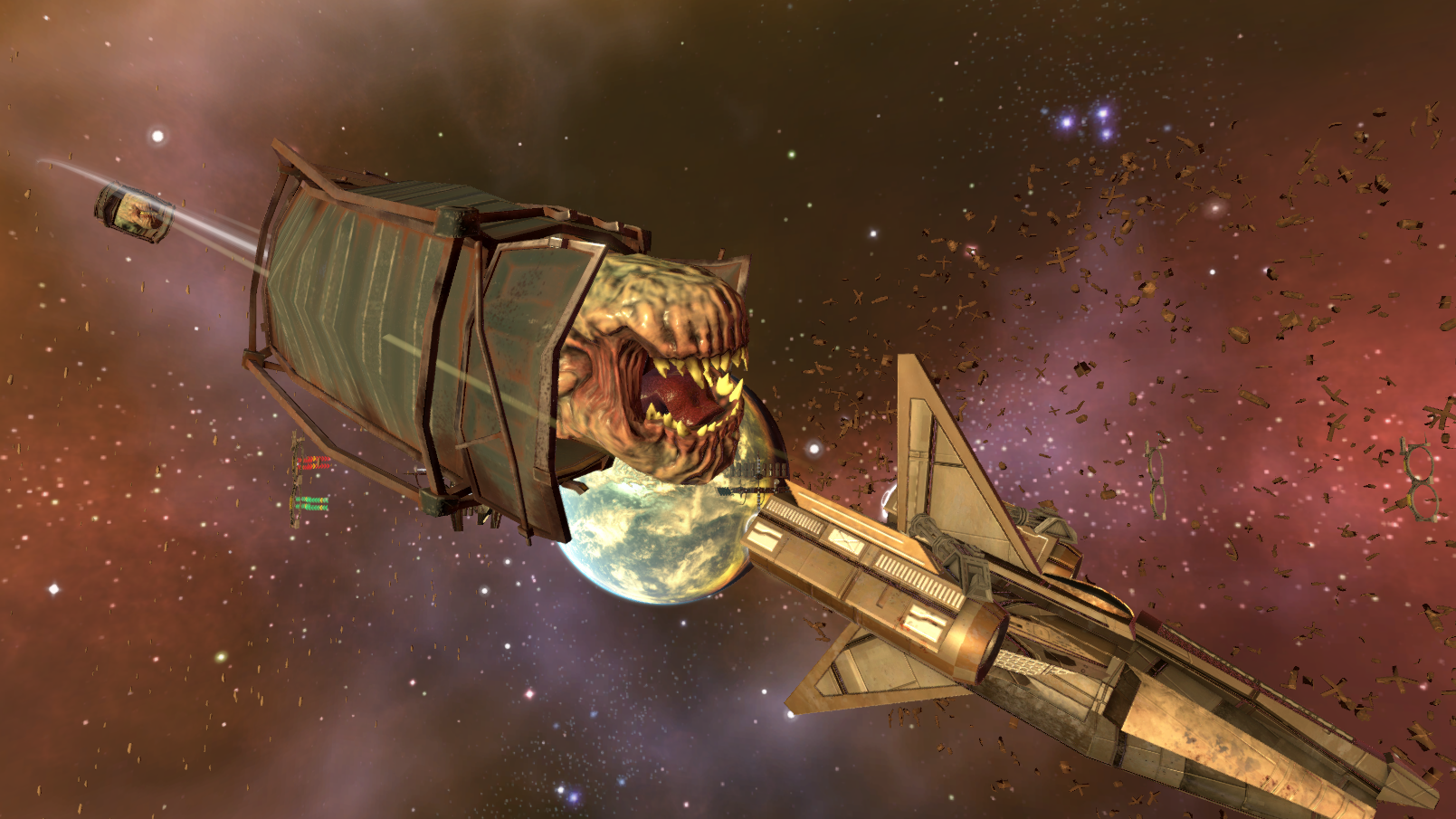 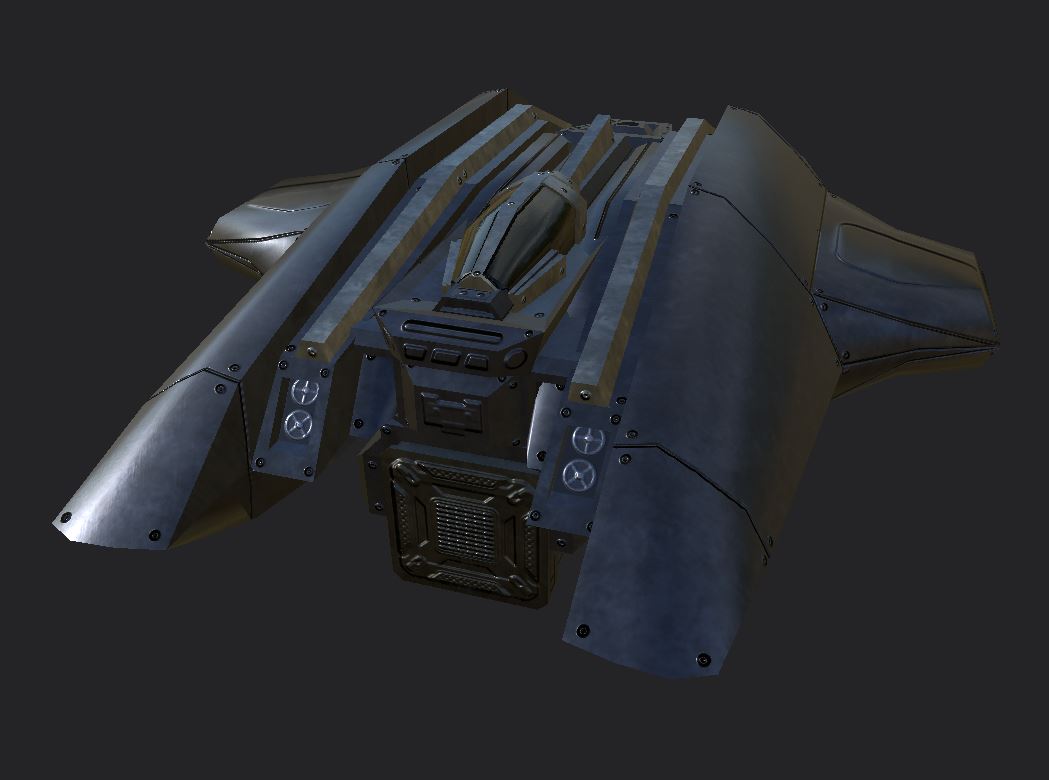 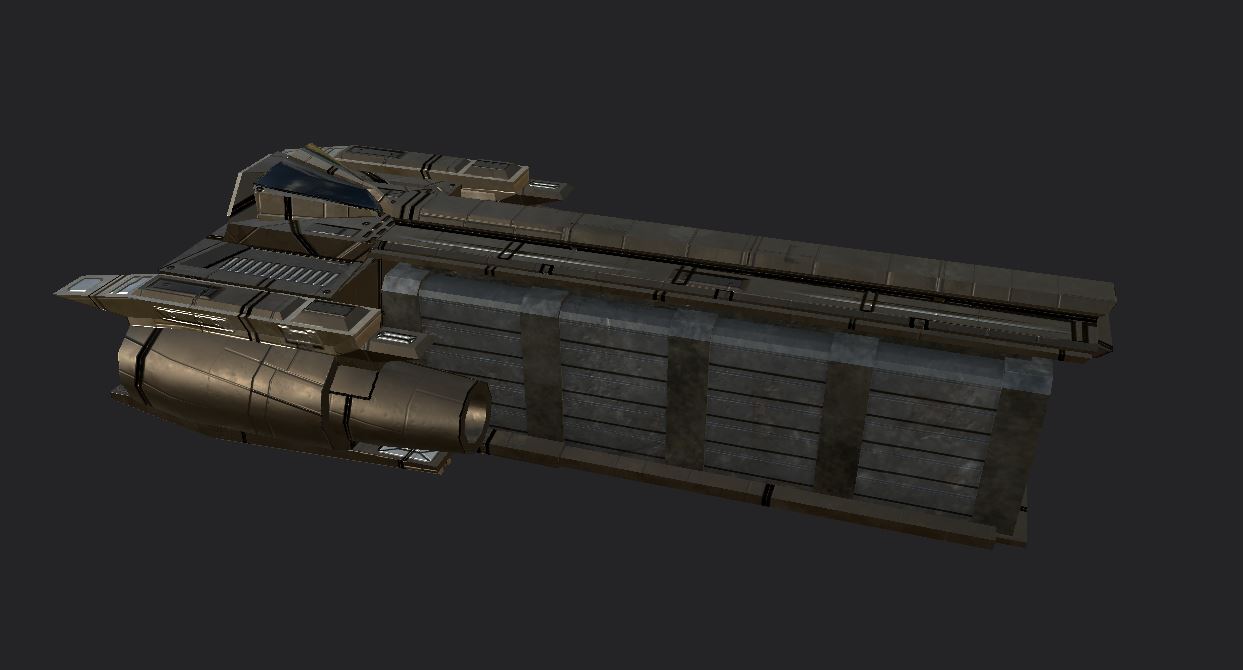 That’s all for this month, the next time we check in, demo 1.6 will ideally be out!