Lots of new props and furniture assets, new badass animations, awesome new portrait for Vita, tons of bug fixes, and much more. We're very satisfied with the sprint this week.

Welcome back, fellow spies! Here's the first weekly update on Unaided. A lot has happened this week and I'm very proud of what we were able to accomplish so far.

First off, here's a short gameplay video showcasing the updates for this week.

We now have a really cool portrait art for Vita. This shows up in the dialogue screen everytime Vita speaks. I really like the artstyle we have chosen. 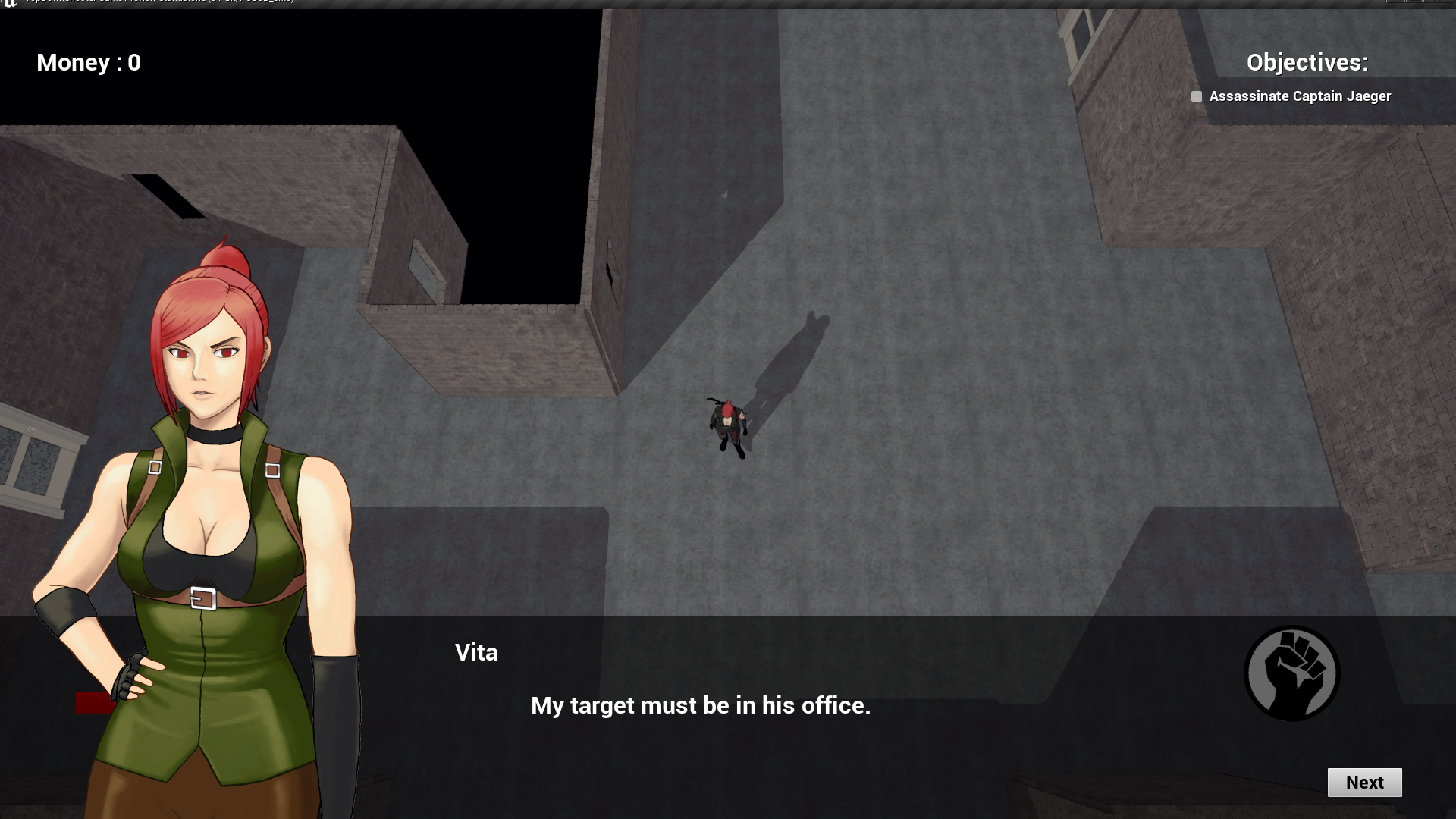 I added in 3 new animations for frontal melee takedowns. These takedowns are really effective when launching a surprise attack from the side just when an enemy turns a corner or enters a door. 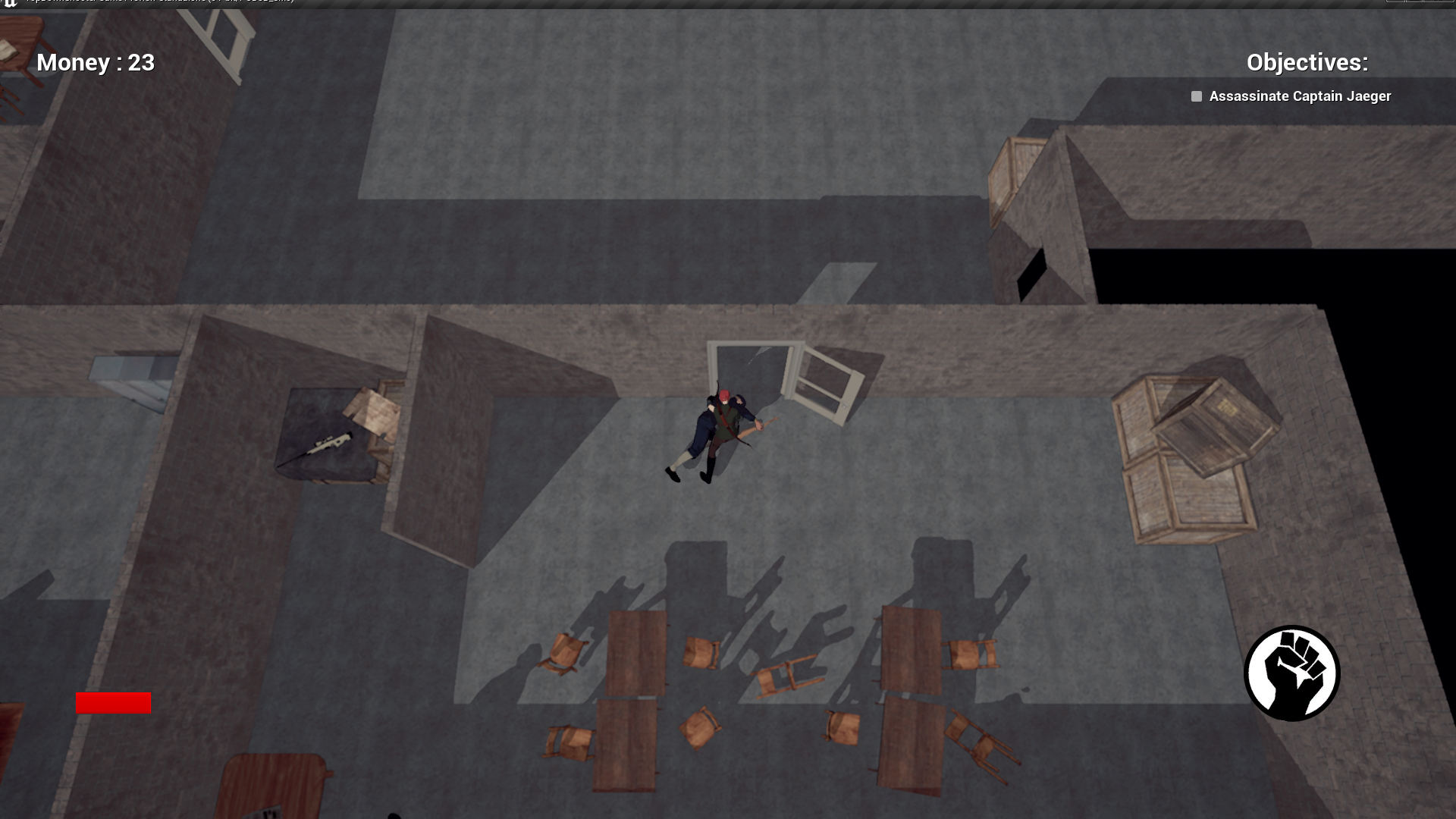 We also have a lot of new props and furniture for designing levels. We have new barrels, crates, tables, chairs, desks, lockers, beds, radios, shelves, and even books. These have become really helpful in designing the demo level in the video above. 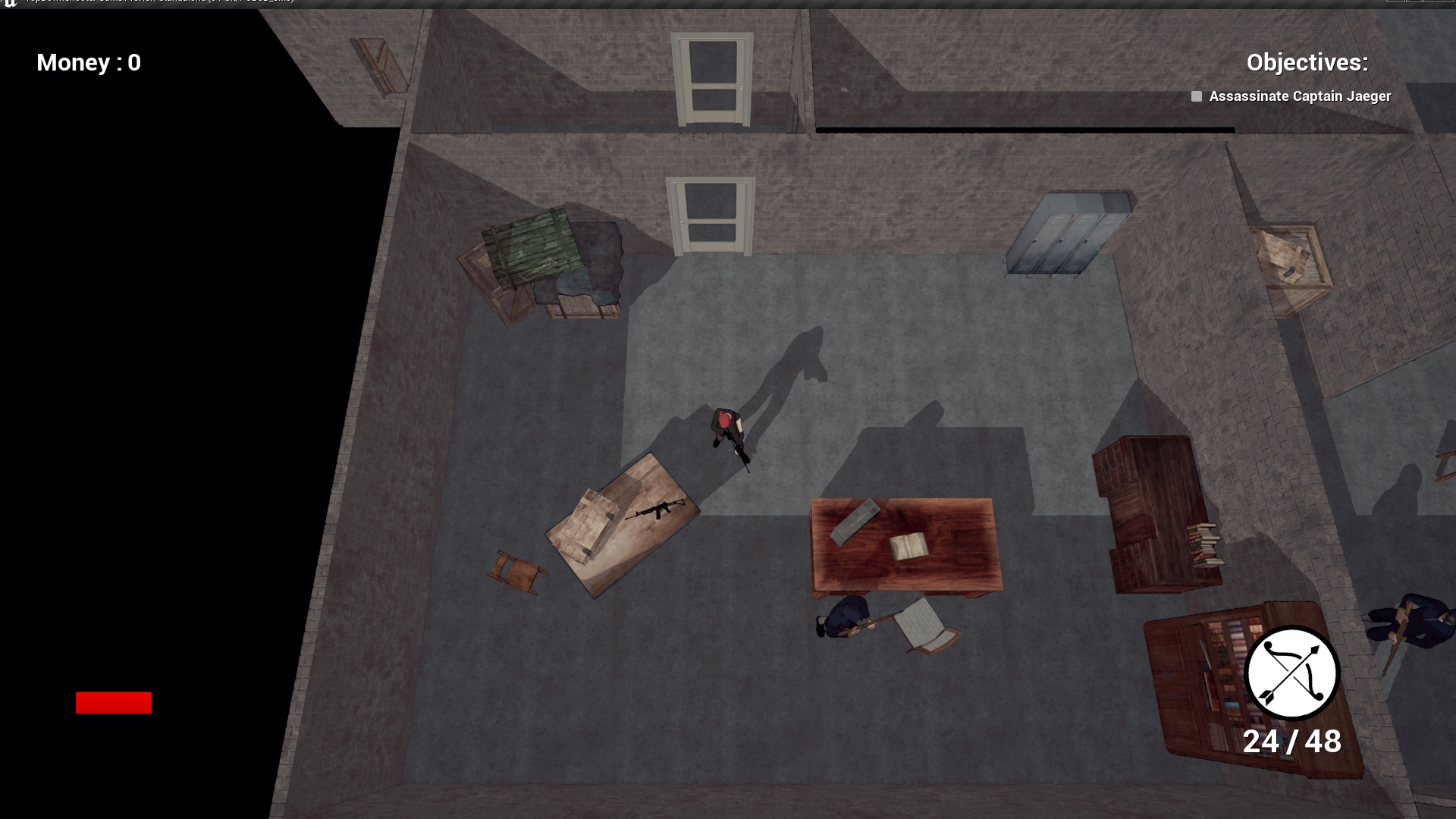 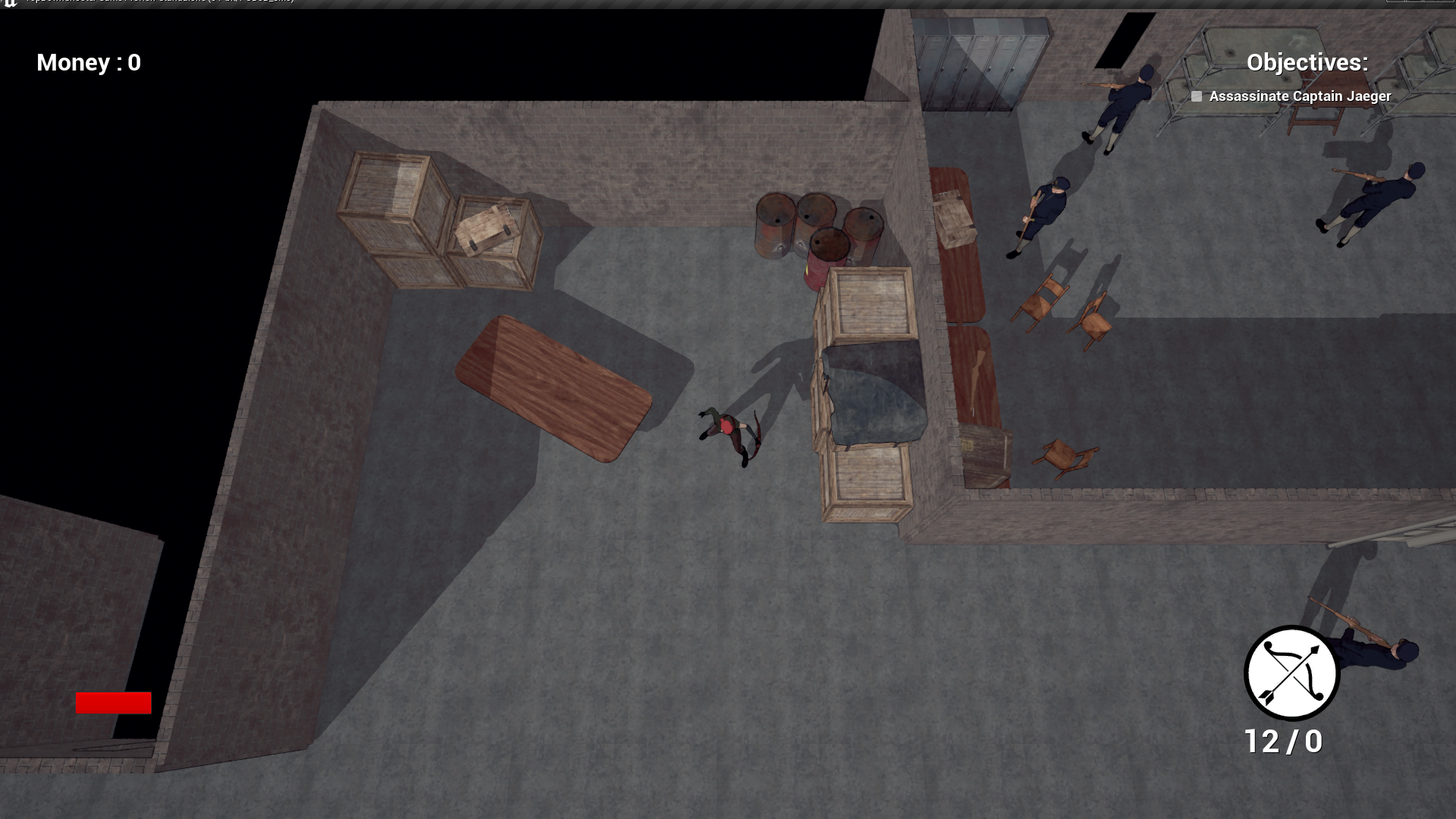 Throwing a grenade is also now possible. Just hit the G key and watch everything explode! Smoke bombs and other throwable items soon to come. 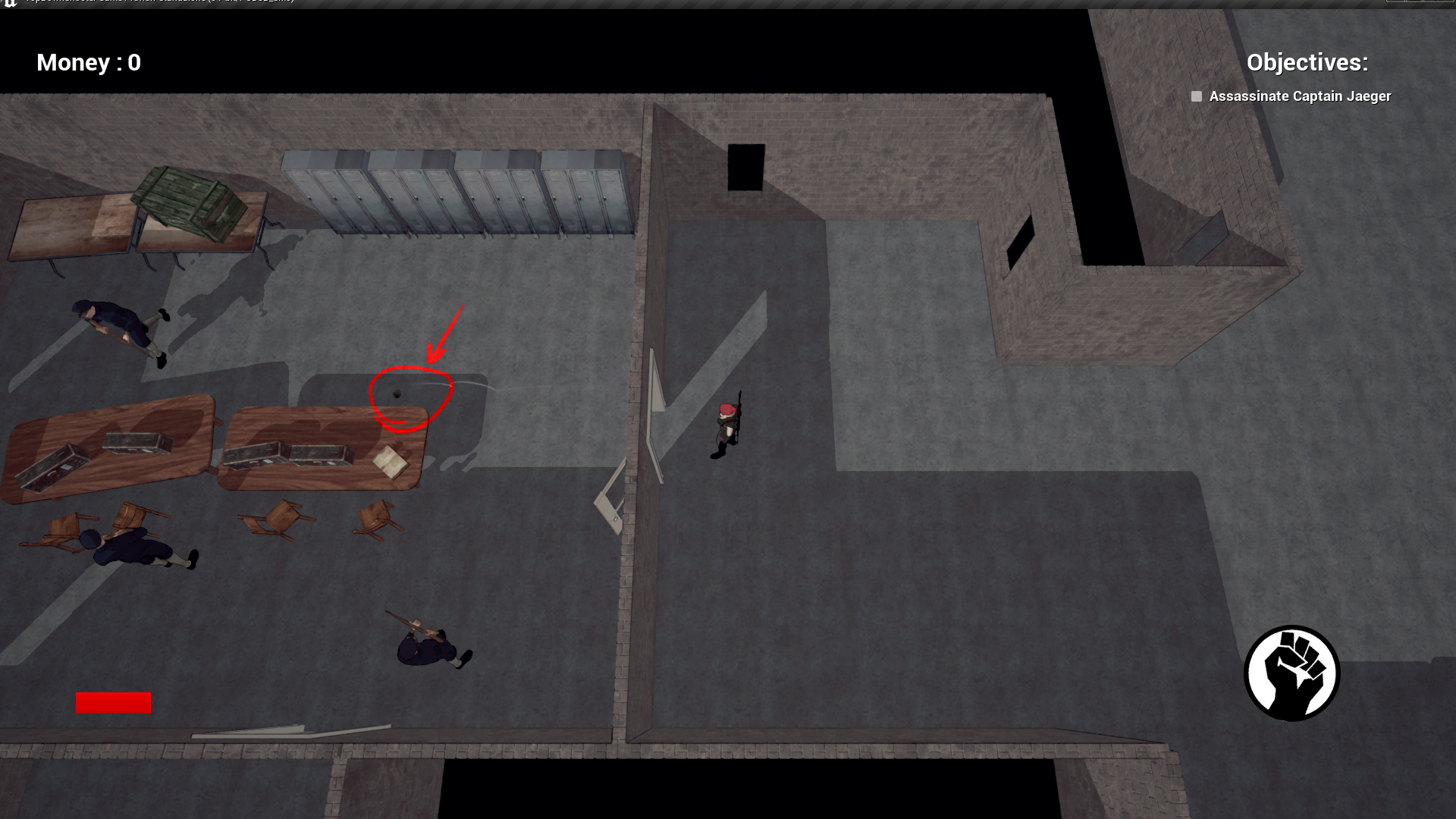 I've also fixed a lot of bugs in the game. Most are related to the weapons and ammo systems such as picking up weapons and conserving ammo.

Overall, it has been a really productive week. We're hoping to accomplish more in the weeks to come.