Post news RSS Ukraine before it was a nation

Read about how we created the new Ukraine map for Tannenberg, including comparison images of in-game screenshots next to reference photos.

Our latest free update to WW1 FPS Tannenberg adds a new Ukraine map to the game. As always it’s the result of extensive research and design, with the goal of establishing an authentic environment that also creates exciting gameplay. We focused specifically on the trench maps from the Battle of Zborov, with the goal of immersing players in the perspective of soldiers who fought on the vast plains and endless steppes on the edge of the continent.

At first glance, the wide plains of Ukraine might seem like they lack distinctive details to build a map around, but once you dig a little deeper there’s a wealth of inspiring information. Let’s start with a little history. 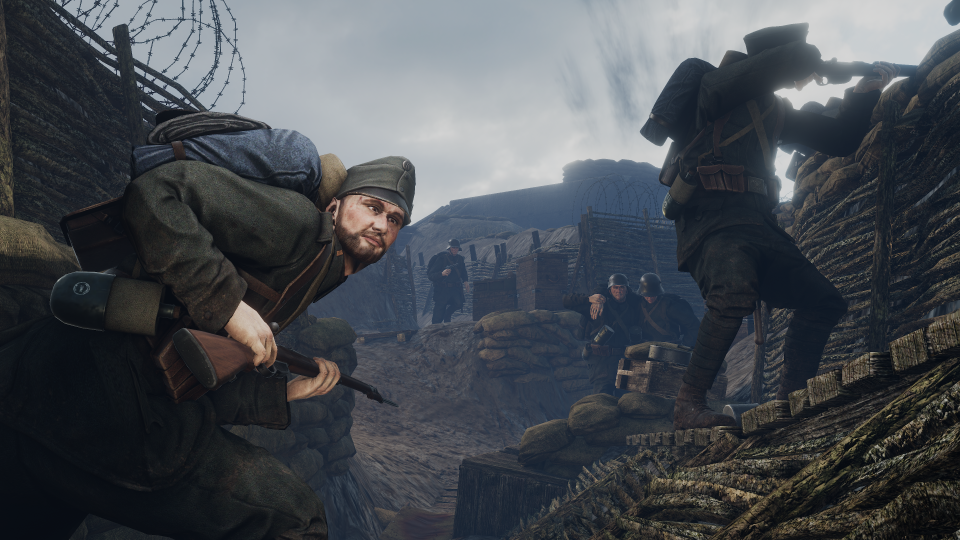 During the years of the First World War, Ukraine was not an independent nation - the term referred to territory Western Ukrainian land had been split between Austria and the Russian Empire since the 1700s. Known as the ‘breadbasket of the Empire’ the area had a troubled history, with uprisings, religious conflict between Ukrainian peasantry and Polish or Lithuainian land owners, and suppression of the Ukrainian language by Russia.

Ukrainians fought on both sides in the conflict, with 3,500,000 fighting for Russia and 250,000 for Austria-Hungary. A great cost was paid by the civilian population, who were distrusted by both Russia and Austria-Hungary. They often became victims of harsh reprisals for opposition real or imagined. There was heavy fighting in the Ukraine during the Brusilov and Kerensky offensives, and major counter-attacks by the Central Powers. Conflict in the area didn’t end with the collapse of the Russian Empire, either. 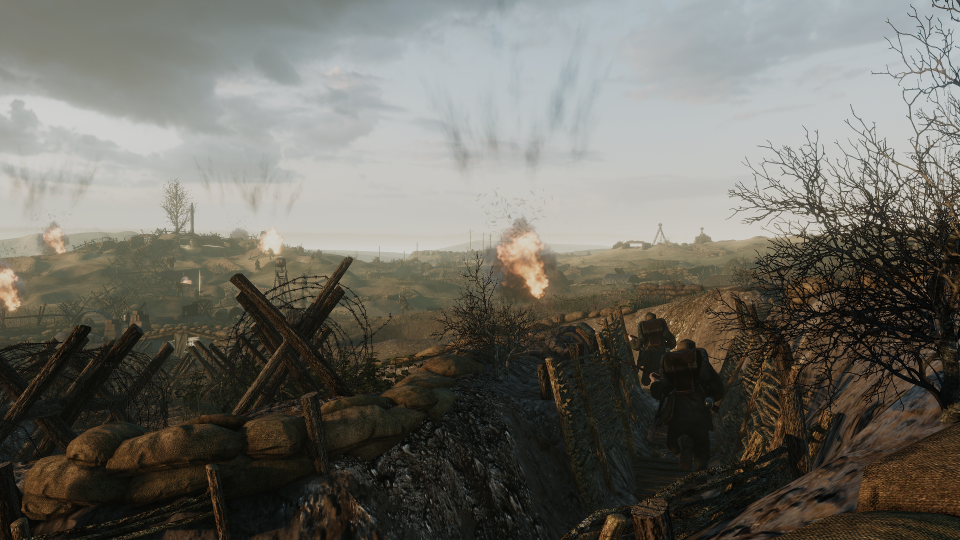 After the 1917 Russian Revolution several factions fought for control of Ukraine. A number of Ukrainian states were established, but most collapsed quickly. The Polish army invaded and captured much of Western Ukraine, but Bolshevik forces defeated a drive on Kiev. An anarchist group called the Black Army held the southern regions from 1918 against the tsarist White Army, but were defeated by the Red Army in 1921. In December 1922, Ukraine became a founding member of the Soviet Union.

When building the Ukraine map for Tannenberg, one of the key elements was (surprise surprise) trenches! You might think that we would get bored of researching and modelling trenches, but in fact the variety of trenches used during the First World War is something most people don’t fully understand. You can see ‘typical’ trenches of the type most people would imagine in our Western Front game Verdun. On the Eastern Front though, there were several different styles of wooden trenches - in the Ukraine, these wattle trenches (seen in the images above and below) were common.

As you can see from the next comparison shot, the landscape is largely flat except for the trenches and dugouts prepared by the opposing armies. This gives heavy machine guns good sight lines across large areas of the map. Of course when it’s your boots on the ground you’ll be able to find small slopes and depressions to gain some cover while advancing, but it would be highly recommended to encourage your NCOs to make use of the smoke shell call-ins!

Representing artillery is essential to creating an authentic WW1 game. The artillery players use in combat (calling in barrages from field telephones) is a long way outside the battlefield - but that doesn’t mean that you won’t see any big guns up close. Gun pits like those shown in the next image illustrate the sort of defensive positions that might be established by artillery crews. In-game, the fighting has reached too close of a range for these guns to be fired. But the fortifications they are emplaced within provide invaluable cover, as can the guns themselves if it comes down to it.

We think the Ukraine map will offer players fresh challenges and the opportunity to develop new tactics as they battle across the trench lines and rolling plains. Don’t forget to make use of those smoke barrages!

Beautiful as always! But please please please don't give up on Verdun. There's still so much more that can be added, especially maps, and I don't want to see such a great game "shelved" in favor of Tannenberg or other future titles.