Two-Pound Ball: Minor Leagues has been released for Beta testing and is now available for download. Grab a friend and a couple gamepads and go sick!

Two-Pound Ball: Minor Leagues is ready for Beta testing and is now available for download.

The game plays like a cross between tennis and hot potato and features amusing characters, audio, and signature moves in the spirit of games such as Mario Tennis. 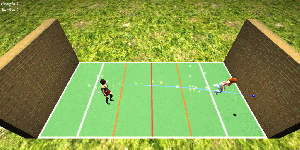 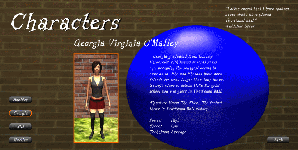 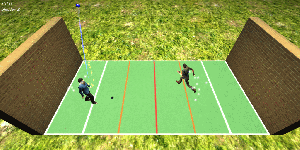 Please comment with any feedback you have regarding these or other issues. This is the time to make things better before release, and I would greatly appreciate any input from the community.

Two-Pound Ball: Minor Leagues is my senior project in the Game Design Development program at UCCS. I’ve been working on it the last two semesters, and the game is set to release here on 8 May.

Two-Pound Ball is an invented game using a small, sand-filled medicine ball. In the game world, Two-Pound Ball is ancient and beloved, with historical figures such as Caesar and Jane Austen having grown up with it. The menus feature famous quotes modified to reflect this alternate history.

The characters in this game are amateurs playing in the “Minor Leagues” for small stakes or to make it onto the Duke University Two-Pound Ball team.

Please enjoy, and let me know what you think.