Posted by EleonGameStudios on Apr 28th, 2016

Welcome to the Alpha 1.4 “Gunnery Update”! Manually shooting a turret has become a lot easier, less complicated and less risky with the today’s update! 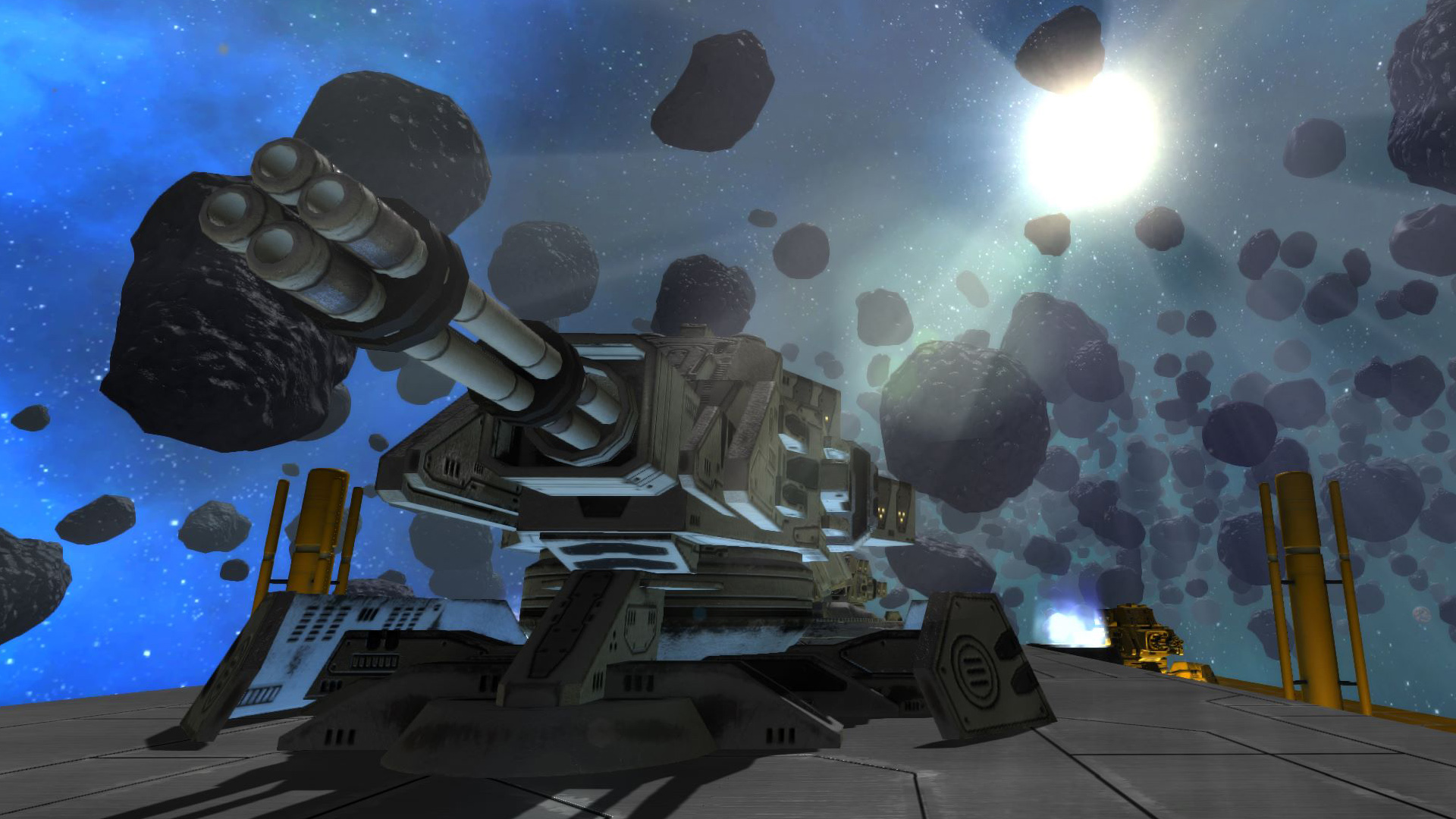 Of course, running across your Battleship to access a turret, while bullets hit left and right, may be a great thing if you are searching for an adrenaline rush. But as a Commander, wouldn’t you expect that your turrets should be managed by your officers from a well-protected command center?

Update 1.4 will add exactly that: Any turret on a Capital Vessel or Hover Vessel is now accessed via cockpit or passenger seat! Just take a seat, open the Control Panel (P), search for the turret in the Device List and hit the ACCESS button on the top right or just DOUBLE CLICK on it! For Bases, you can still use both ways: either remote-control a turret while standing next to it OR access it via the Control Panel (this may be subject to change, depending on your feedback) 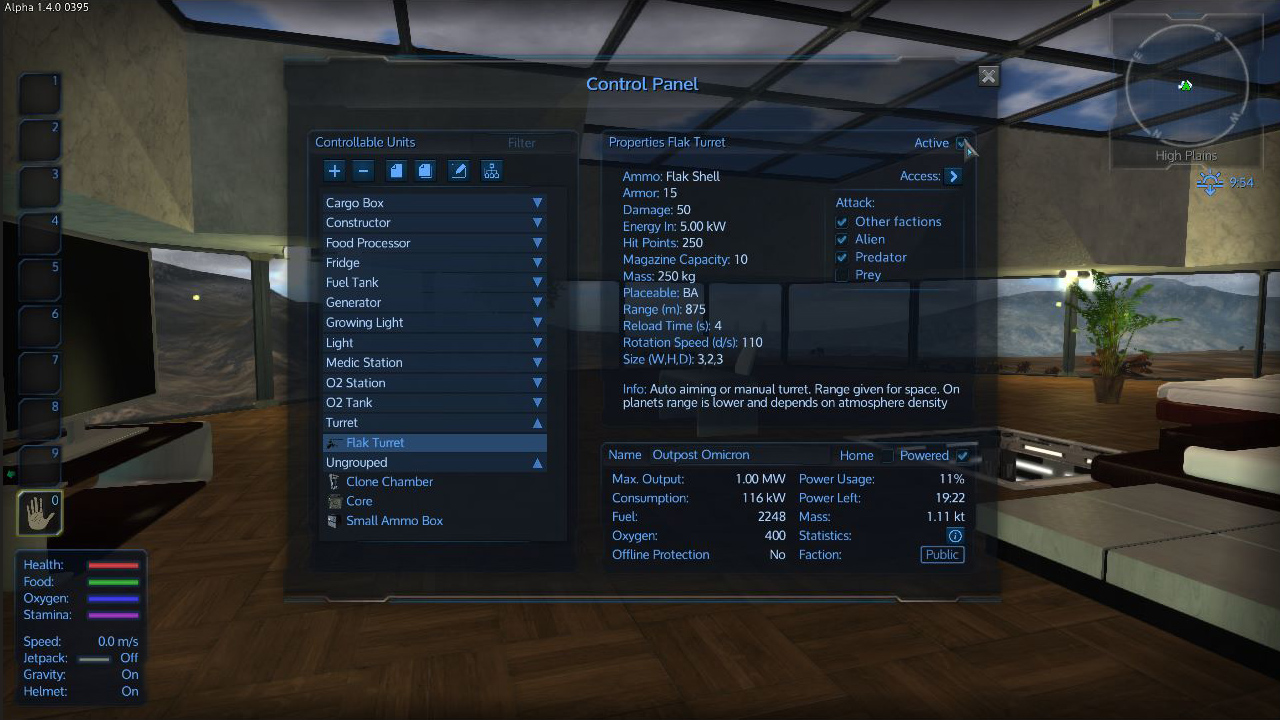 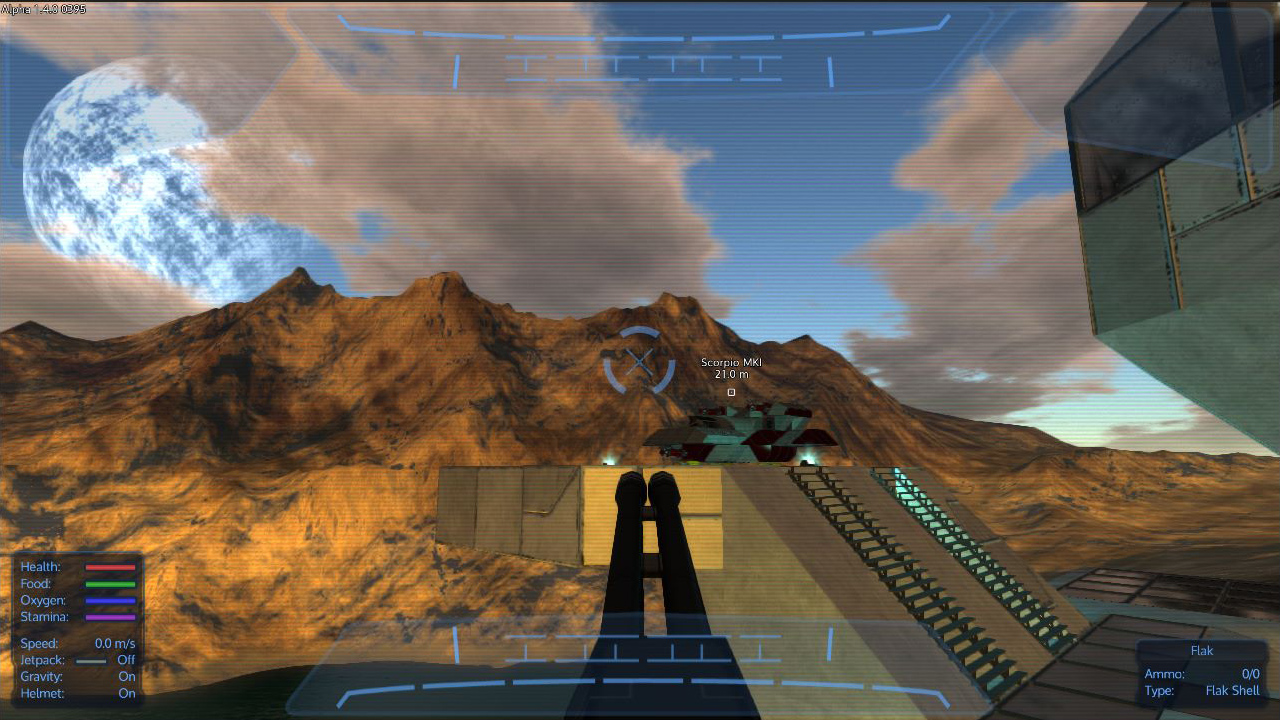 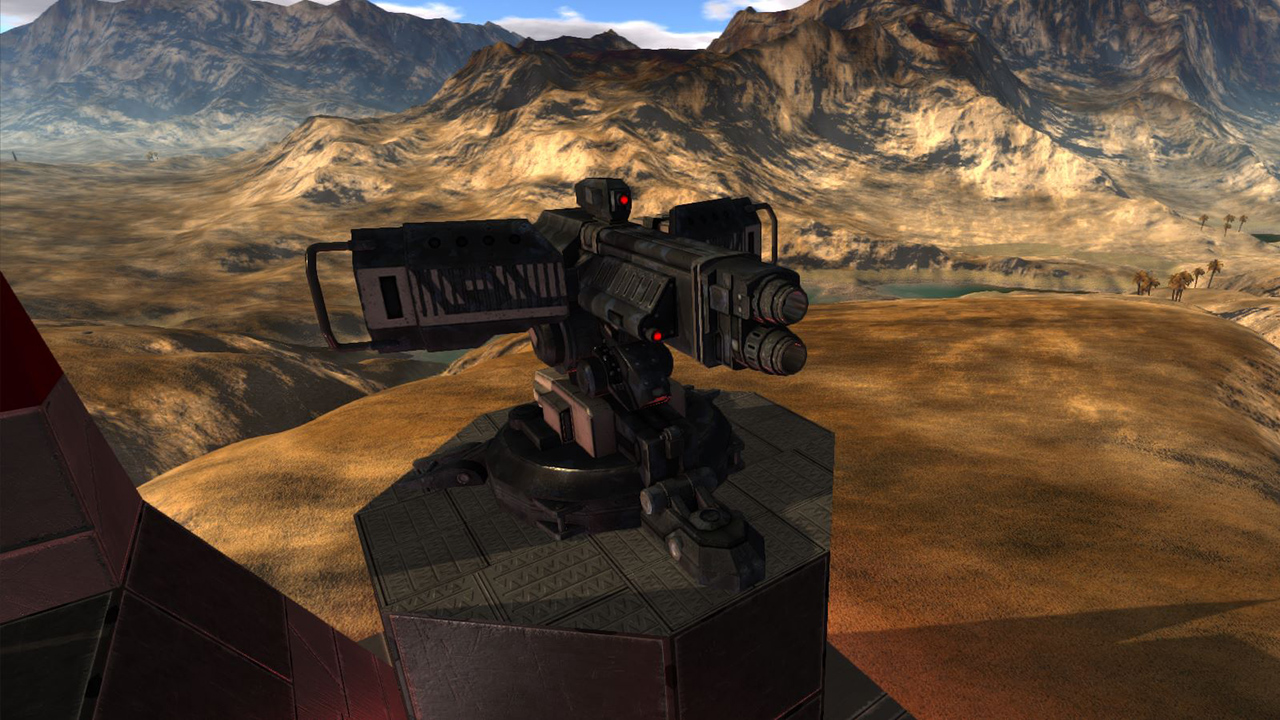 For our passionate pilots, we also added a nice new feature: if you messed up your flight direction or just want to align your CV or SV to the horizont, click and hold O (default) and your vessel will upright itself until it is in a perfectly stable hovering position!

Long range exploration adventurers got a small convenience addition as well: The small constructor for Hover Vessels and Small Vessels is now able to cook some of the basic meals (much like the Survival Constructor). 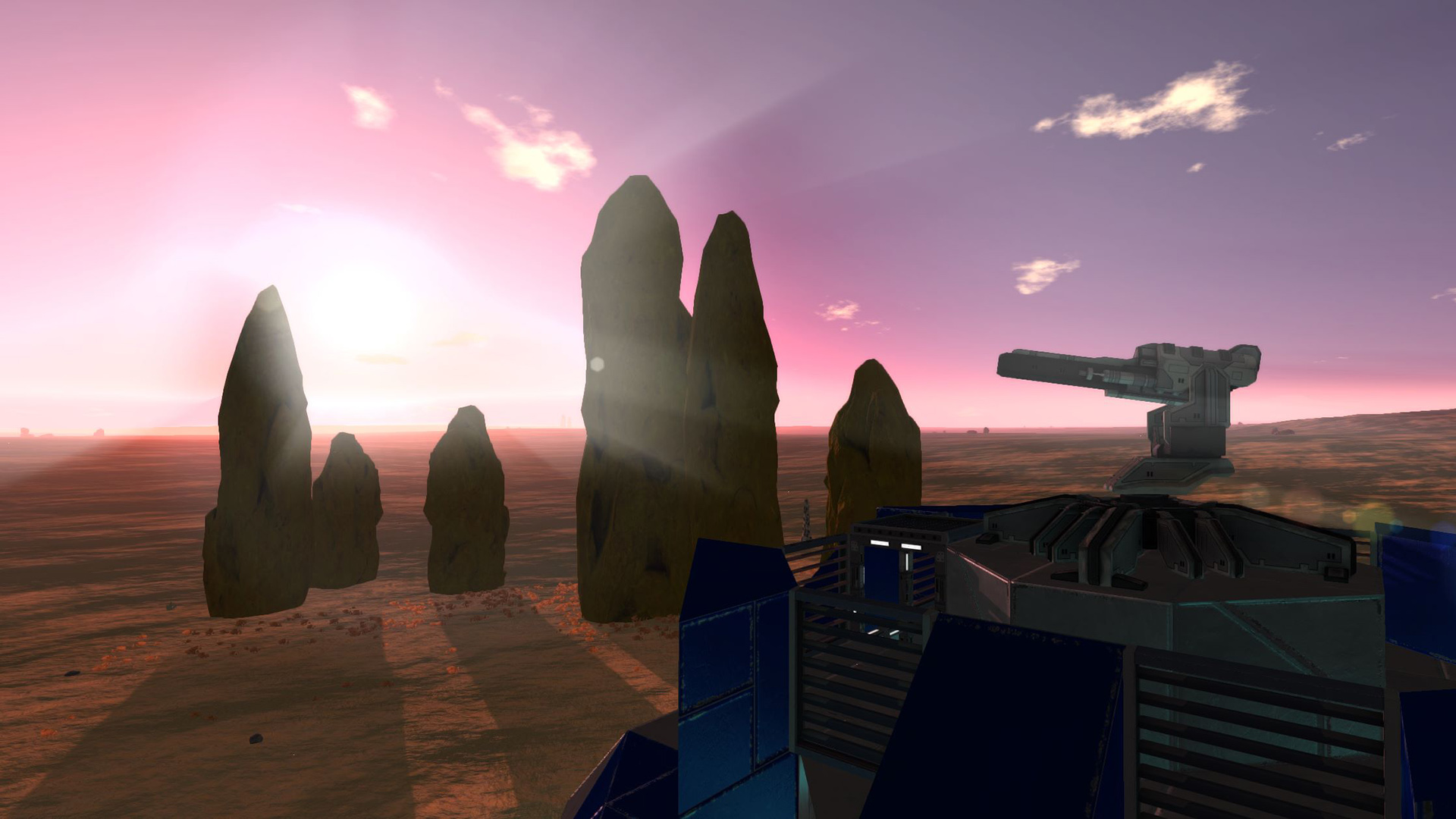 And, if you are interested in the detail infos of your vessel, have a closer look at the updated vessel detail info sheet (available via Control Panel): We added CV/HV specific acceleration/thrust/torque diagrams!

Finally, grass is now also placed on slopes and we increased the structure limit from 100 to 255 (max) per playfield on a dedicated server. 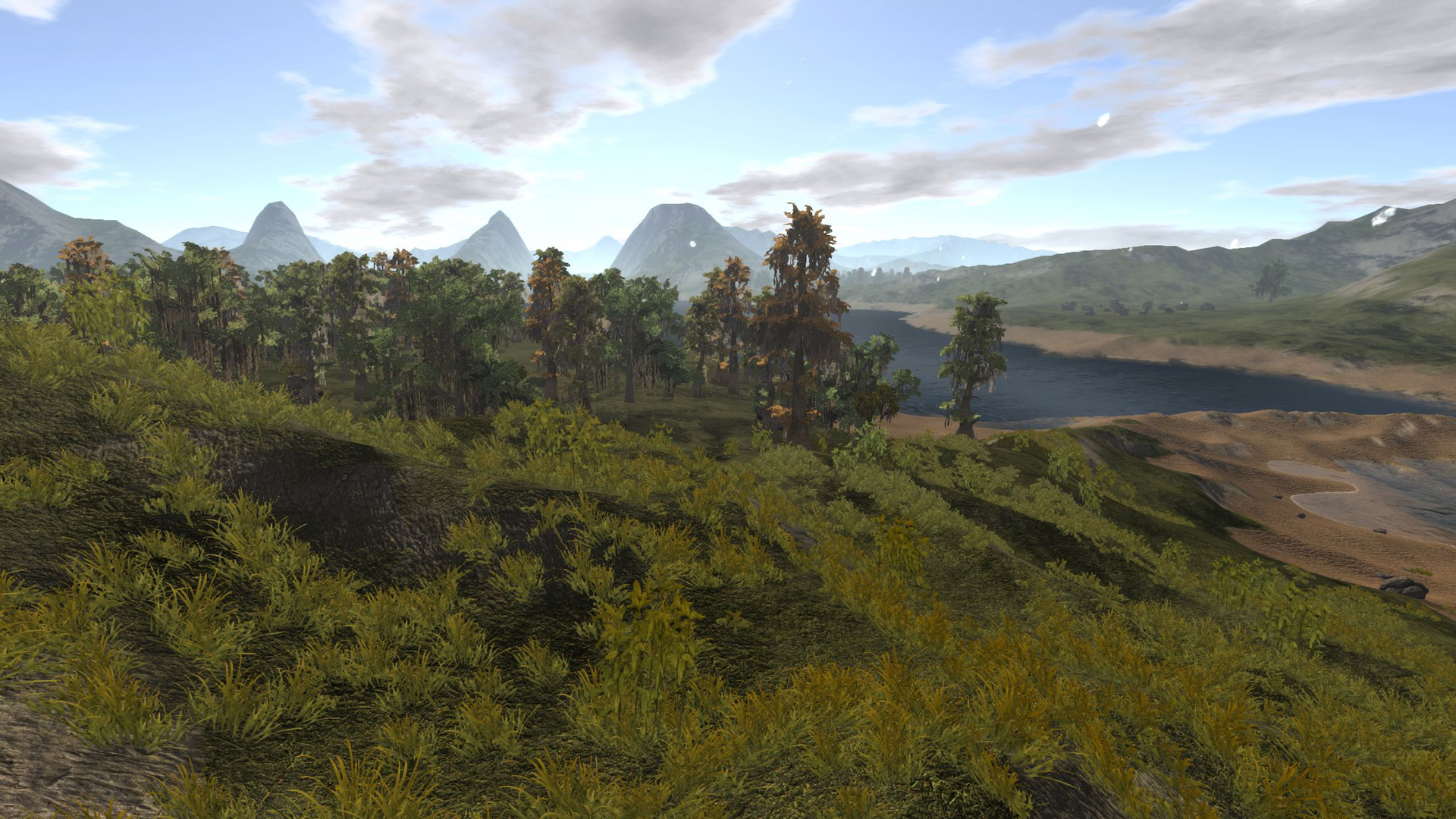 These are only a few of the highlights of Update 1.4.and a lot of bugfixes, like an exploit fix for the offline protection shield have been integrated as well!

Read through the full changelog below to learn about all the changes and improvements we have added to v1.4

As always, first and foremost, have fun playing and leave your comments below!

Bug Fixes:
- Fixes to prevent disappearing vessels:
(i) Temporarily disabled orbital gravity also in multiplayer (there were still some problems linked to it - e.g. if a vessel gets dragged down to a planet with no player in it, the vessel was lost)
(ii) Vessels that fell through world are now re-placed on the terrain surface again
- Fixes to prevent falling through terrain:
(i) Added better colliders to terrain
(ii) Since turrets are now remote controlled, exiting turret should no longer lead to falling through terrain
- Fixed exploit/grief: Offline Protection could be circumvented / misused
- Fixed Constructor exploit (dedicated server): exchange of currently crafted item is not possible anymore
- Fixed: CV falls down on planet when exiting its cockpit. CV will now continue to hover in air if it has enough thrusters pointing downwards
- Fixed problem that NPCs did not always leave their teleporter in POIs
- Fixed problem that NPCs did not walk through doors or 1*1*1 block holes
- Fixed several issues of Constructors and Food Processors:
(i) Crafting progress indicator disappeared when adding items to construction queue while crafting
(ii) No crafting progress indicator, if a non-craftable item was removed from the construction queue before a craftable item got started crafting
(iii) Currently crafted item in construction queue gets red colored if not enough resources to craft more items of this type
(iv) Crafting started-sound played even when item in construction queue could not be crafted and was removed
(v) Crafting finished-sound played on all inventory changes (item movements) after at least one item has been crafted
- Fixed: Player slided on uneven ground when resuming a savegame
- Fixed: Wood could take more hits than Concrete and a similar amount compared to Steel
- Possible fix for problem that sometimes overwriting an existing Blueprint lead to vanishing of all Blueprints
- Fixed: Growing plot could not be destroyed by non-explosive weapons
- Fixed problem that drone spotlight was shining through walls in certain situations
- Fixed problem with weapon sound loop when switching slots
- Fixed several exceptions that appeared on playfield servers linked to decoration bugs
- Fixed problem with smoke on destroyed drone that was not drifting upwards properly
- Fixed: Some glass textures rendered above water although device is under water
- Fixed problem with corrupted save games that sometimes allocated way too much memory on loading
- Fixed: Some rocks had holes under their base
- Fixed: Deco / trees not visible when making the first landing on a new planet (MP)
- Fixed: Deco flowers hovering over the ground
- Fixed: Turret Robots missing a wreckage model. For now: Robot is removed during explosion
- Fixed problem that POI turrets did not shoot at HVs
- Possible fix for sharing violation of adminconfig.yaml
- Possible fix for error in 'kick' console command
- Fixed error that occurred when quitting a game immediately after entering it
- Fixed: Clicking on button in an empty Blueprint factory no longer throws an exception
- Fixed Atmospheric Scattering not active after resuming game in space and travelling to planet