Studio DEEM Engine discusses the changes to the latest prerelease of TURBONEON. 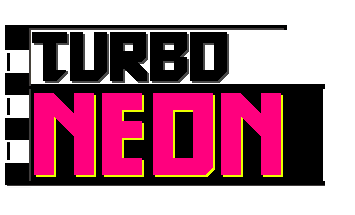 Welcome to TURBONEON’s penultimate prerelease before our gold release. This release mostly features polishes to make the game look and feel better.

One of the improvements we made was to make the effect of boosting clearer. One way we did this was adding controller rumble when you tether off other players - this is a Windows-only addition. This was made to help players feel like the tethering is making a difference in their speed. Additionally, there is a slight FOV change when boosting which provides additional visual feedback. Lastly, there is a speedometer at the top of the player view which displays the player’s current velocity.

We also improved our menuing in the game. The level select now has the levels rotate in a wheel-like fashion with the currently selected level in the front and center. The main tracks also have a fully functioning pause menu which allows players to unpause, restart the race, and return to the title screen at any point in the race. This is helpful for casual players and for us as we demonstrate the game.

Another improvement was to the tutorialization of the game. We added animations to both tethering mechanic tutorials which show the action and when to press and release the right trigger. Small tweaks to the tutorial were made to prevent softlocks. Lastly, the prompt to press Start to exit the tutorial was reintroduced for players that want to spend extra time in the tutorial. The other improvement to understand the game better was to reduce visual clutter and add audio cues. The ships have shorter light trails which greatly helps when all 8 ships are on screen at once. The audio cues added are for the countdown at the start of the race and when the first player reaches the next lap. Similarly, there is an announcement when the first and last player finishes the race.

Other improvements include a better finish to the race, improvements to locking onto other players, better AI difficulty scaling, and a new logo. The race now ends when all the players finish the race instead of waiting for the CPU’s. This also prevents the few softlocks as the game waited for an AI that would never finish. Players will no longer lose their lock-on progress if they aren’t perfectly aligned behind another player. This reduces frustration and confusion as to how the lock-on system works. The AI is now better suited to more amateur players. The AI slow down if they are ahead of the lead player. This prevents players from being left behind and feeling like the immediately lost the race. Lastly, there is a new logo and a draft of our marketing advertisement.

Over this next week, we will be preparing for the final release of the game. We are going to consider whether or not to add a new track, we will be revising the marketing advert we made, we will be tweaking the AI more to keep the game engaging for players. Overall, we’re just going to be polishing and tweaking the game to make sure it’s ready.