Posted by TungstenValkyrie on Apr 11th, 2016

Tungsten Valkyrie is 3 player local co-op bullet hell in which players must take on one of three roles and work together to destroy a mysterious superweapon. Although that summary encompasses the idea of the game and its end goal, it doesn't describe the experience that we have to offer. This article covers a portion of the game, namely the three roles that the players will assume. These three roles are the crux to the players' cooperative experience as each role has its specific tasks, strengths, and weaknesses. Each role is a part of a "fire triangle", in which the removal of one of the roles will spell trouble or failure for the team. Teamwork is required. 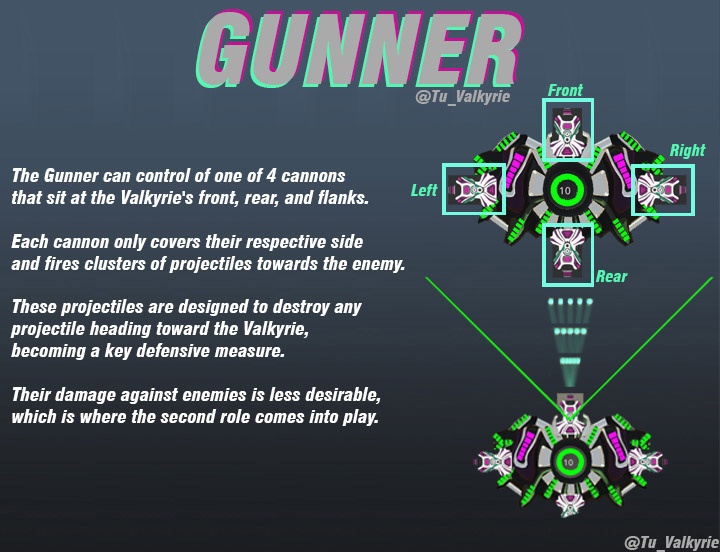 Without the Gunner in play, the Fighter has to navigate a maze of fire to take out enemies, with the Engineer working overtime to repair the damage that would've been blocked by the Gunner. 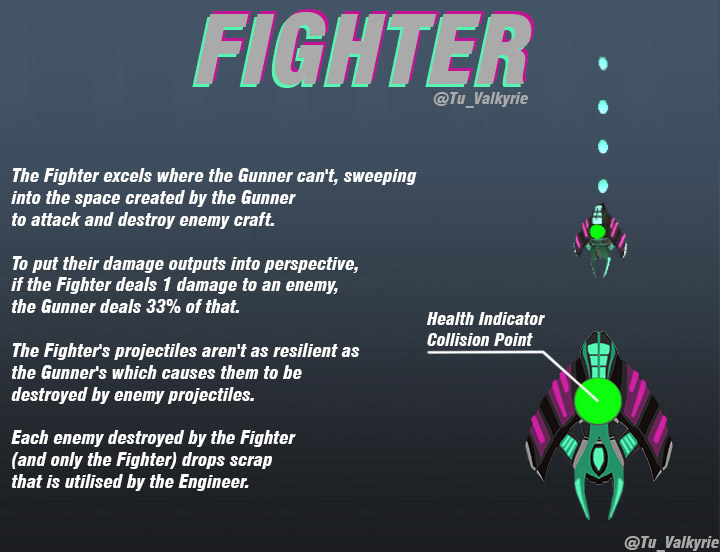 Without the Fighter in play, enemies are being destroyed at a much slower rate, and no scrap will be generated for the Engineer. 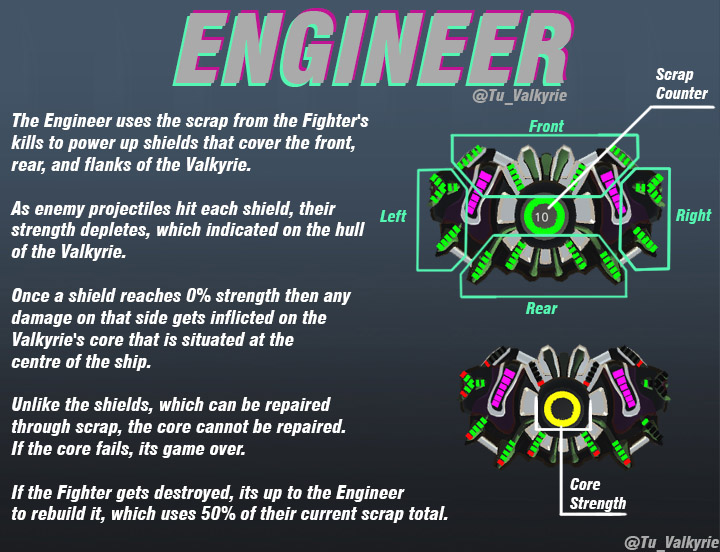 Without the Engineer in play, the Valkyrie's health will consistently deplete until the core is destroyed.