A gameplay video and first pass at new Tundra and Semi-Arid biomes in Tribe Of Pok.

Posted by PokingWaterGames on Dec 25th, 2015

I've made a gameplay video talking briefly about getting started in the game, specifically getting water, extracting and gathering resources:

In this update I've focused on adding new biomes. This means refactoring some of the world generation algorithms to support a wider variety of features. Rivers can now experience daily and seasonal flooding. For each hour we can increase or decrease the level of water entering the map. For example, we can increase the water level during spring to simulate ice melting upstream and flooding the map. There's a lot of flexibility in this system since these numbers can be set and tweaked in xml data files. In future when simulating coastal areas, I could use the same system to simulate hourly tidal changes. 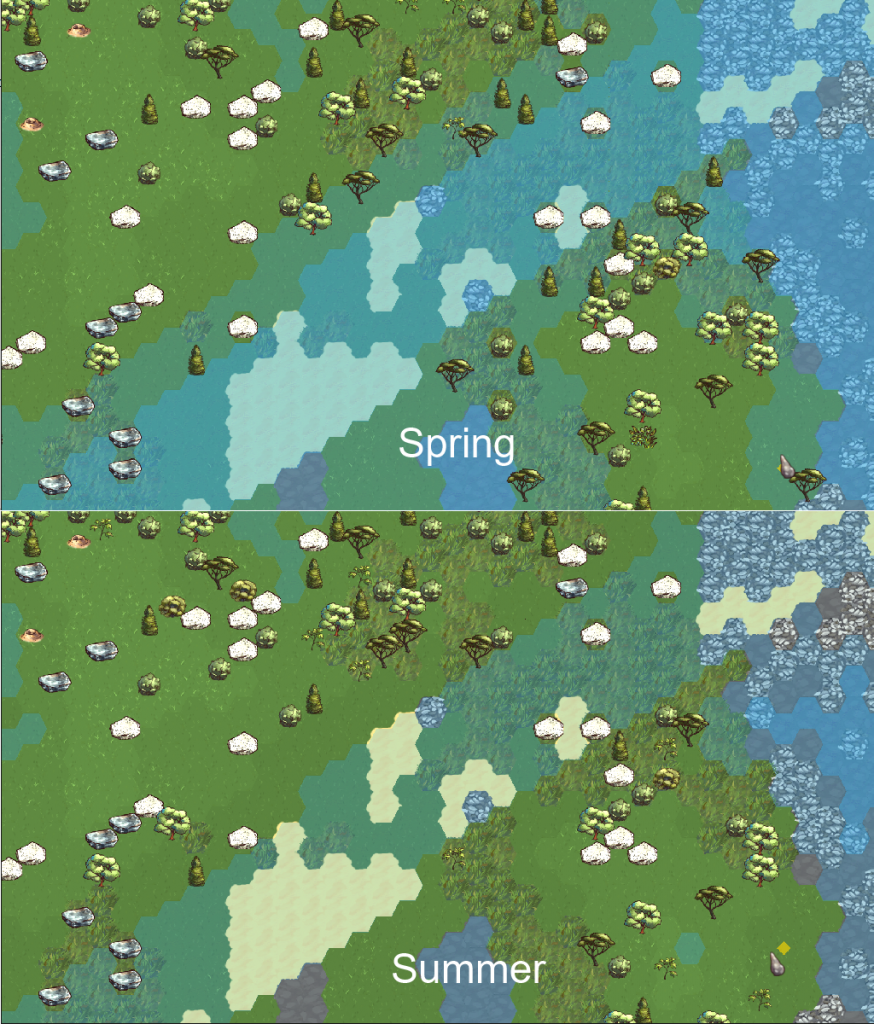 One of the new biomes is the Tundra. This is a very cold, flat biome where plants find it hard to grow. This was implemented by adjusting the daily temperature variations, height levels, resource distribution, etc in the data files. Then I experimented with the world generation until the numbers produced some nice looking maps.

One issue I had was with snow. In this cold biome, snow was a lot more frequent and it also melted in spotted patches. This constant snowing/melting didn't look very nice in the previous version, so I had to rework the graphic effect to make it nicer.

Besides tundra, I've also created a semi-arid biome. In contrast to the tundra, this one is hot and dry most of the year. They will each have unique animals and plants that make surviving a different experience. For example, in the tundra there are very few trees, so you will have to rely more on hunting animals for food and construction materials. Both of these biomes probably need more balancing in terms of resources and weather. This is a first pass at getting the functionality in for that. 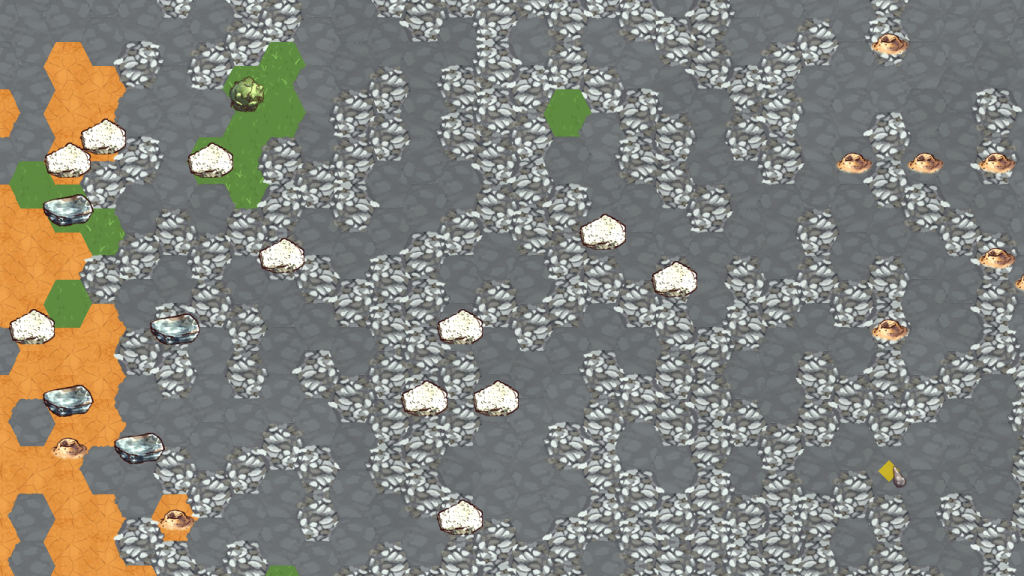 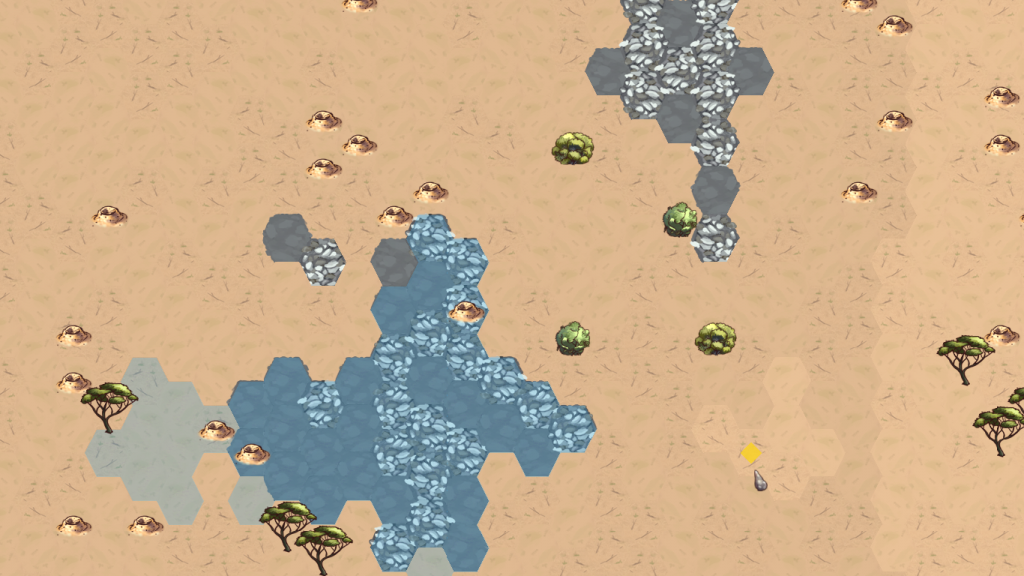 Speaking of functionality, I've made a slight tweak in the way resources are extracted. When you extract a resource, there might be different outcomes depending on the type of resource. So for example, extract a granite rock and there is now a 20% chance of getting a piece of flint instead of just a granite rock. The beauty of the system I've created is that I can apply this to almost any other action when designing the game! I can make starting a campfire have a 20% chance to create an uncontrollable wild fire (I won't do that - but I could). Or maybe extracting a tree could have a 5% chance of spawning a Giant Sloth who was sleeping in it! The possibilities are endless. 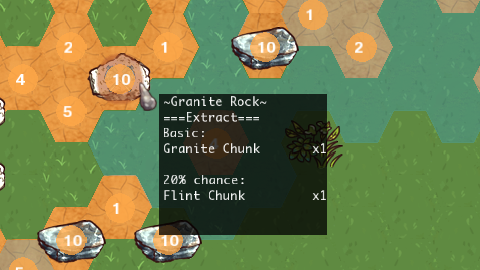 Anyway those are the main points for this month. Below is the changelog for the Alpha 12 Update: