The Mobile EMP
As many may have guessed from last week's footage shown on our website, the Nod strike team was in fact ambushed by GDI's newest weapon: the Mobile EMP. 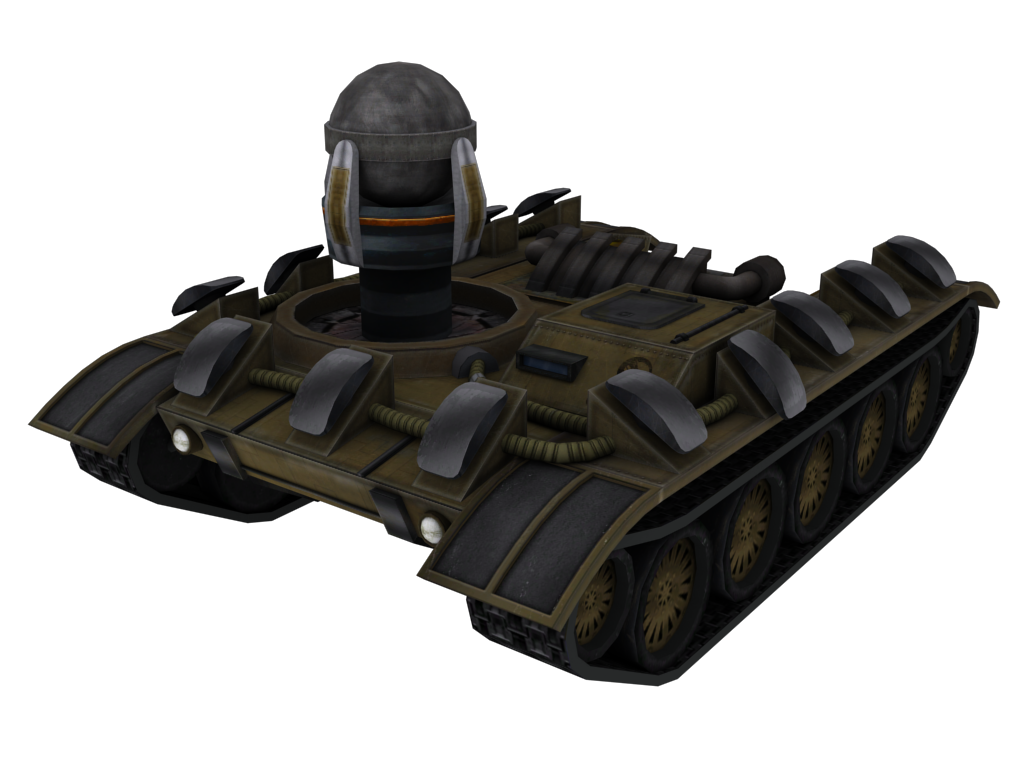 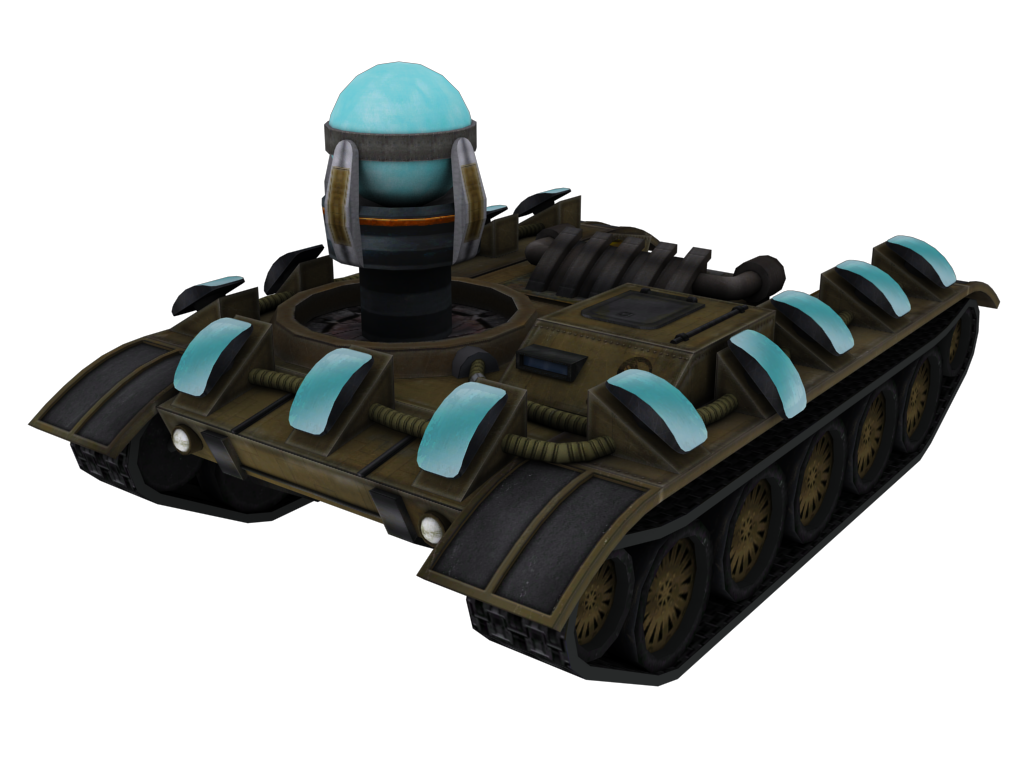 Highly effective in disabling Nod vehicles and Cyborgs, the Mobile EMP will be a valuable asset for GDI forces on the battlefield. As it is unarmed, it will require support from other GDI units so it may play its role in the field. Mind the recharge time of the EMP blast, as once Nod forces have discovered the Mobile EMP in the field, they will waste no time in seeking out and destroying it. 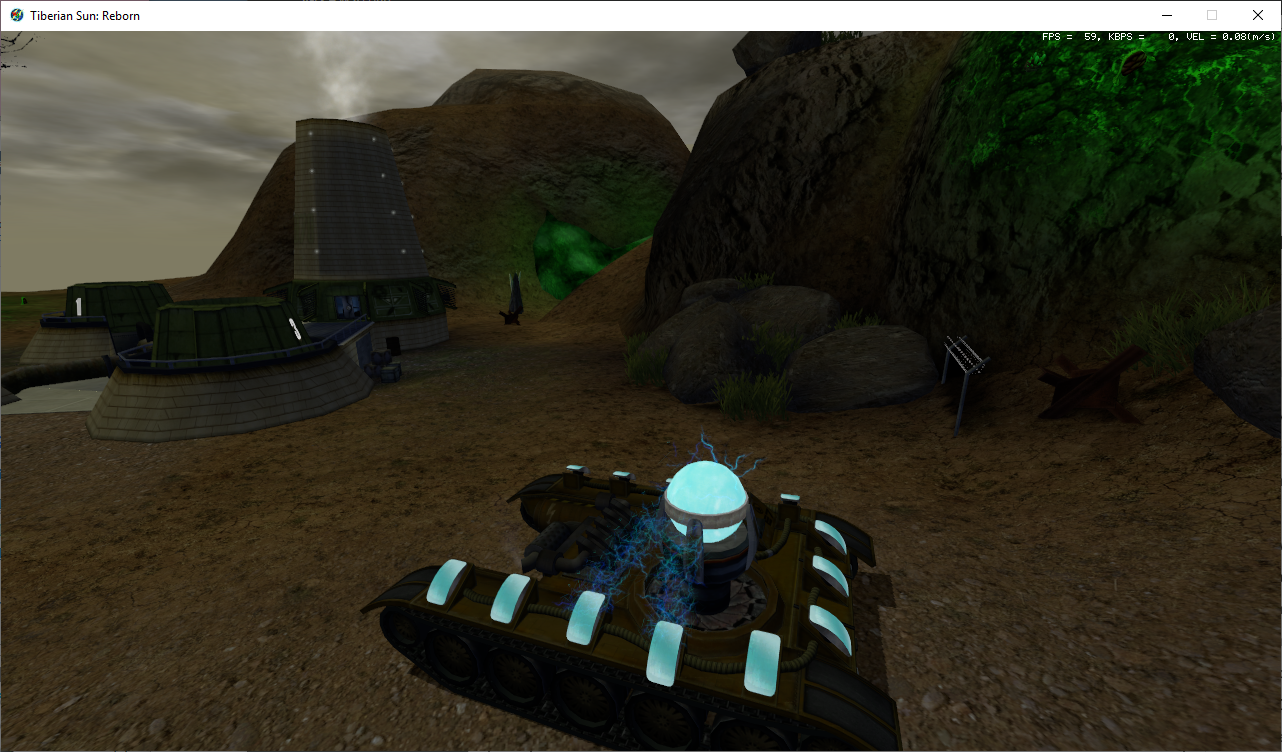 It should be noted that while ingame, the Mobile EMP is not yet final as we dabble around in emitters and textures. Otherwise, our testers have made effective use of the tank and we are drawing positive feedback of its inclusion and capabilities. We hope you will enjoy using this unit as much as our testers have.

Weapon Updates: Part One
Through cunning ingenuity, we have modified some models to experiment with pistol variants! 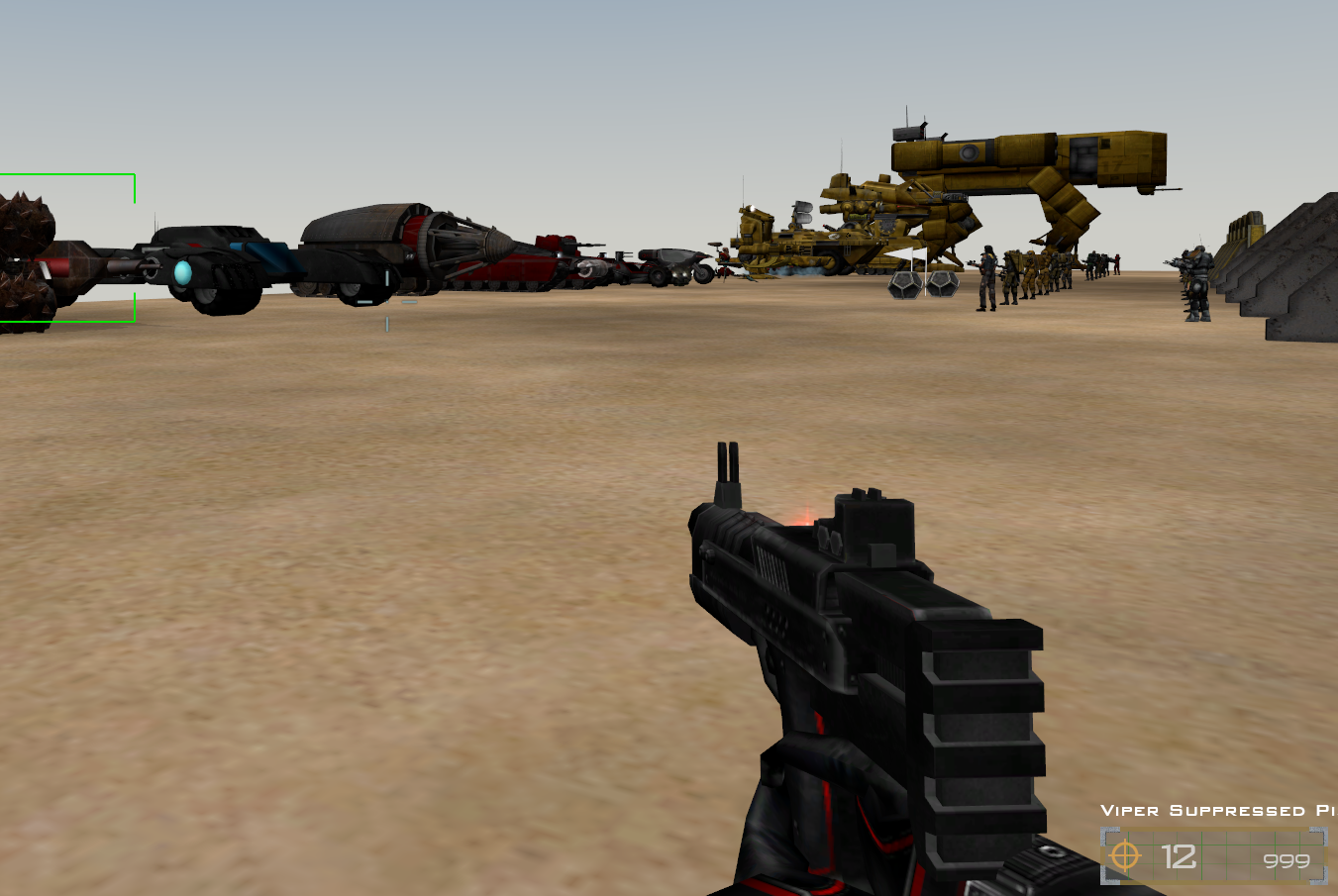 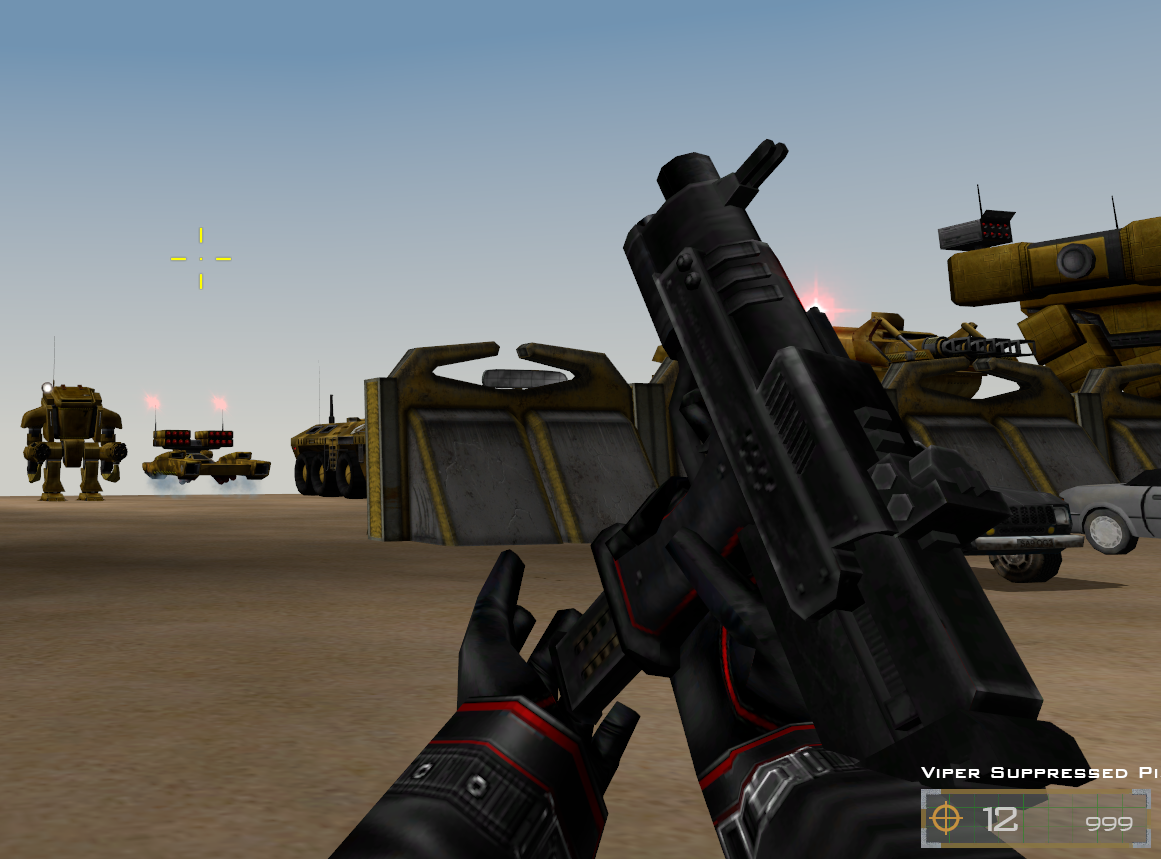 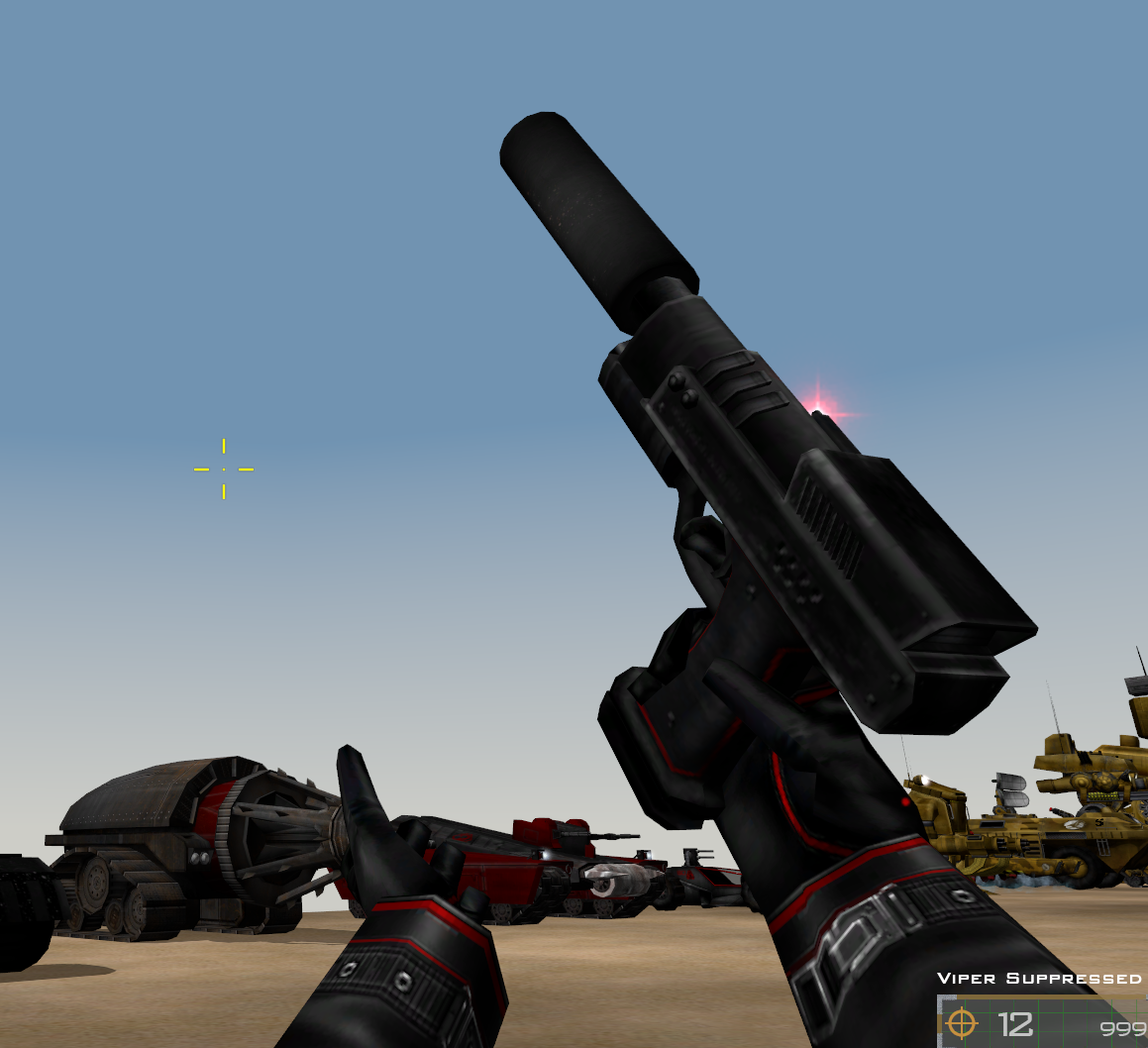 Currently only the engineers and technicians have pistols, though the concept on the table is expanding this and providing sidearms to various other characters. As Nod will have three pistol variants, so will GDI. However, it is still a concept and may not see final release.

As part of our updating process, the Burazu-zu Plasma Rifle wielded by the Nod Confessor has been cleaned up and given more style. The Brotherhood's finest warriors deserve the best equipment, after all!

Bot Support
While I posted around TS:R news on ModDB and elsewhere, the question of bot support came up a couple of times. In response to that, please take a look at this image. 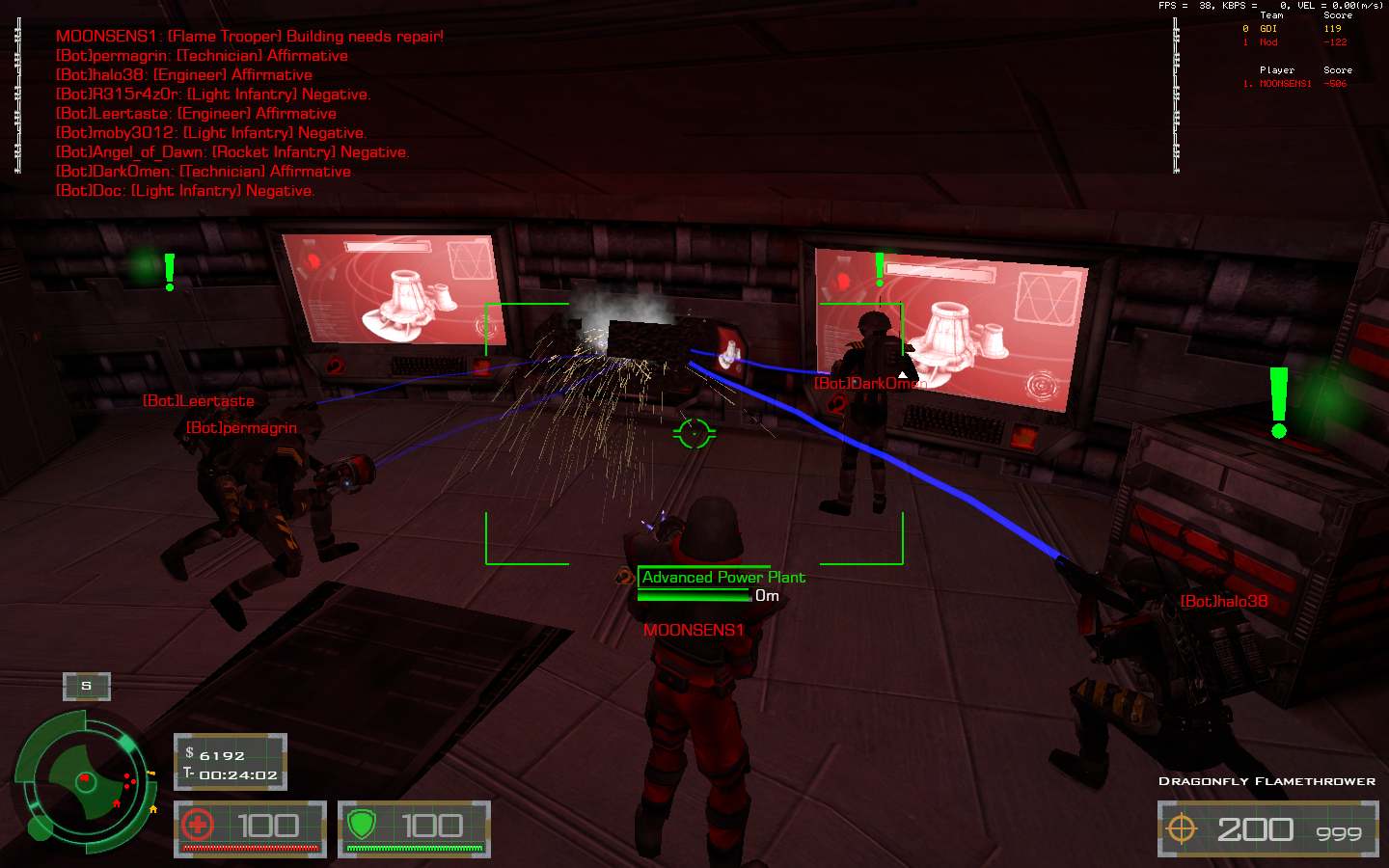 Advanced bot support will be included in TS:R 2.0 in both offensive and defensive capability! While this image features only repair bots at work, notice the various characters responding in chat. I will provide more visuals of bot support and bots in action in a later update.

That about wraps it up for this Thursday! The Reborn team thanks you for your continued patience and promise you will not be disappointed by the release!

MAH NIGGAS WE BACK IN BLACK

FINALLY! REAL BOT SUPPORT! god iv been waiting for this for SO LONG! finally me and my friends can stop begging renegade X team for tiberium sun assets!

Excellent work as always, still in love with this mod after all these years and that'll never change...! <3

thank you for your support :)