Version 1.11 has been released. Included are some bug fixs as well as some eye candy.

Hey all we have been hard at work on Trixie's. Take a look at some of the updates:

This lastest release will let the player see some of the art for one of the new neighborhood. Included are boardwalk streets, Palm trees and surfboards just to name a few of the new decor items.

We have also introduced yet another obstacle the Beach Ball. Just pinch it to pop it and get it out of your way. Next release will hopefully have the particle effect in for it as well.

Trixie has some new tricks too. We are working on all of her in game animations but we were able to get a few in for this release. Make sure you let her fall down the manhole at least once. It's a good laugh. She now has an exit the level animation as well.

Check it out and have fun.
Nick 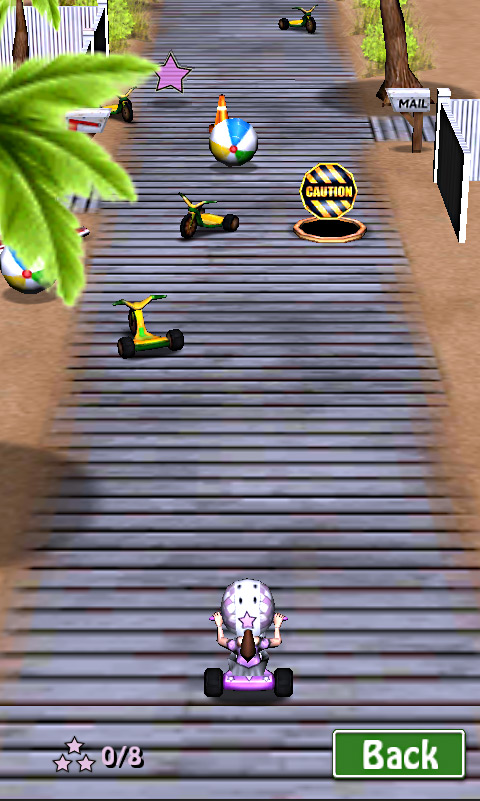