This game is really starting to look a lot better than it did a month ago.

Over the past 3 days I have tackled many bugs, added mobs, added new mechanincs, added animations, implemented stats, and recently I added player projectiles, dialogue boxes and weather. 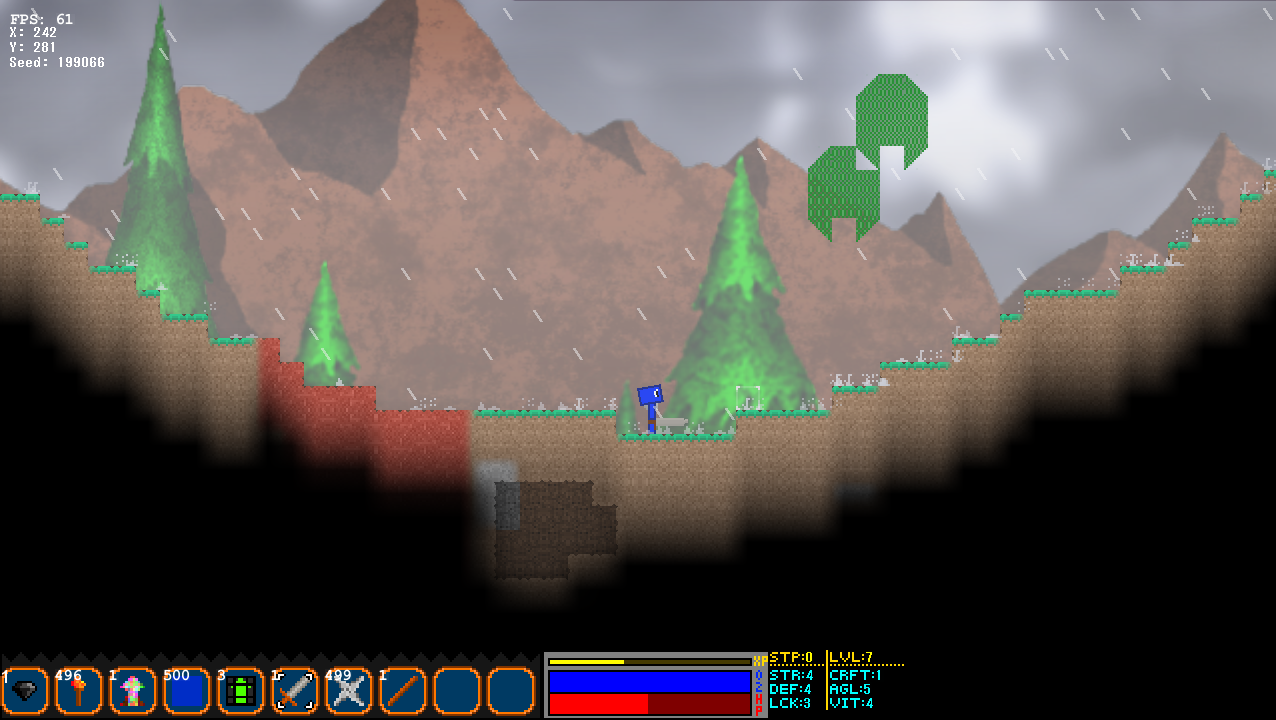 (A player standing in a thunderstorm above)

The atmosphere of the game is gaining ambience, and the soundtrack is being revised as well. Another change has been that HP gain is now based on the Vitality(VIT) stat instead of the level of the player. This just adds to the need to upgrade stats wisely early on in the game. 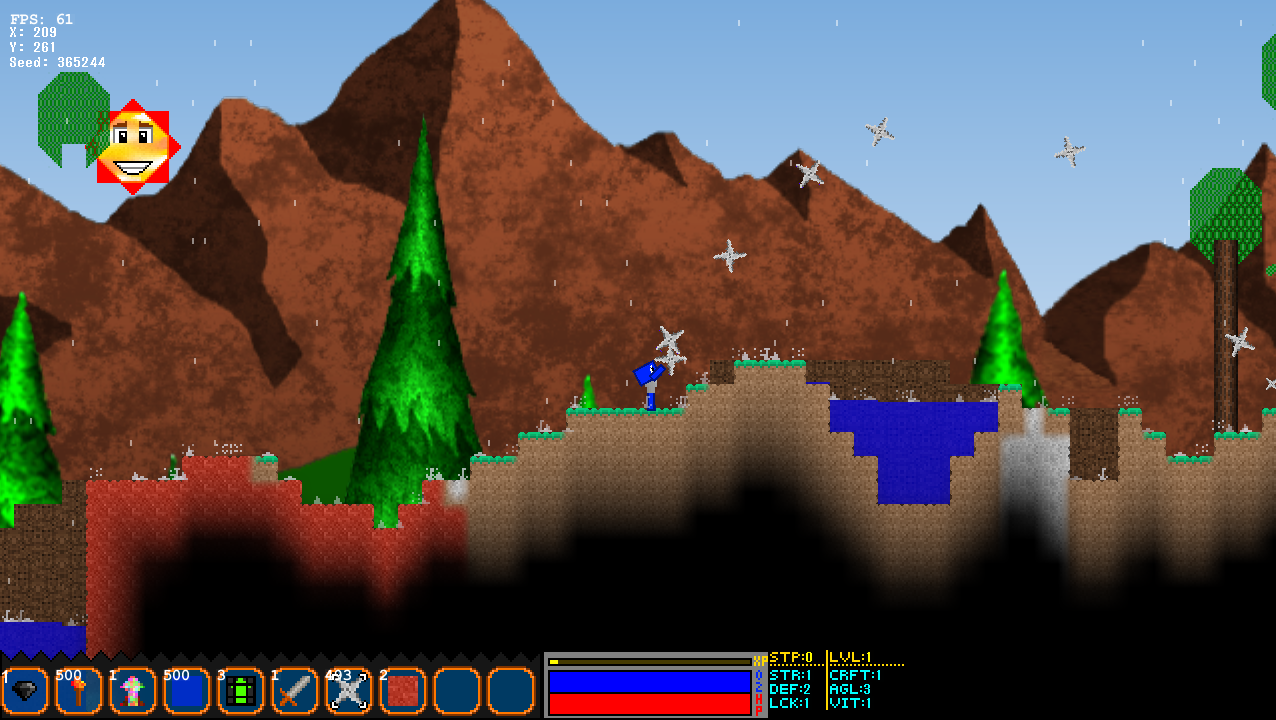 (A player tossing shurikens in the rain above)

As stated before, dialogue boxes have been added. These boxes will be used in tutorials, quests, and important milestones in the game. The possibility of achievements is also present. 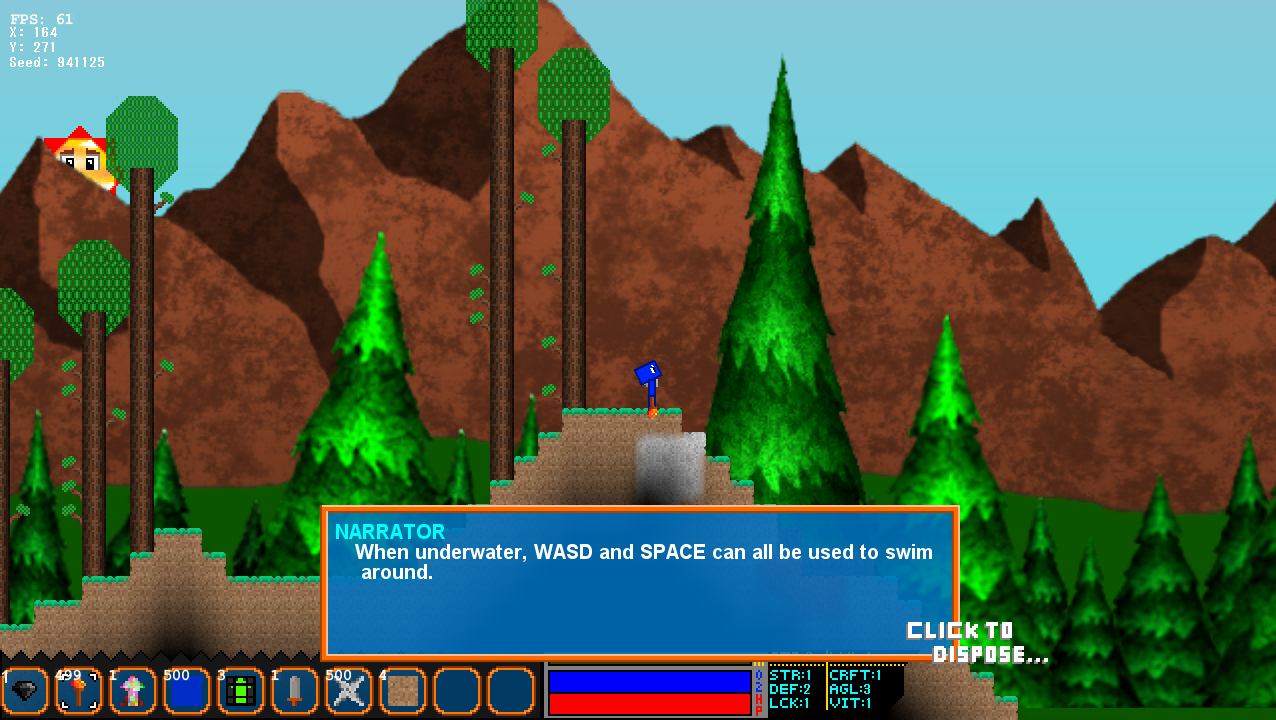 The background has been saturated so that the foreground does not appear as dull as before. Additionally animations have been added for:

Along with other exclusive animations for specific situations. 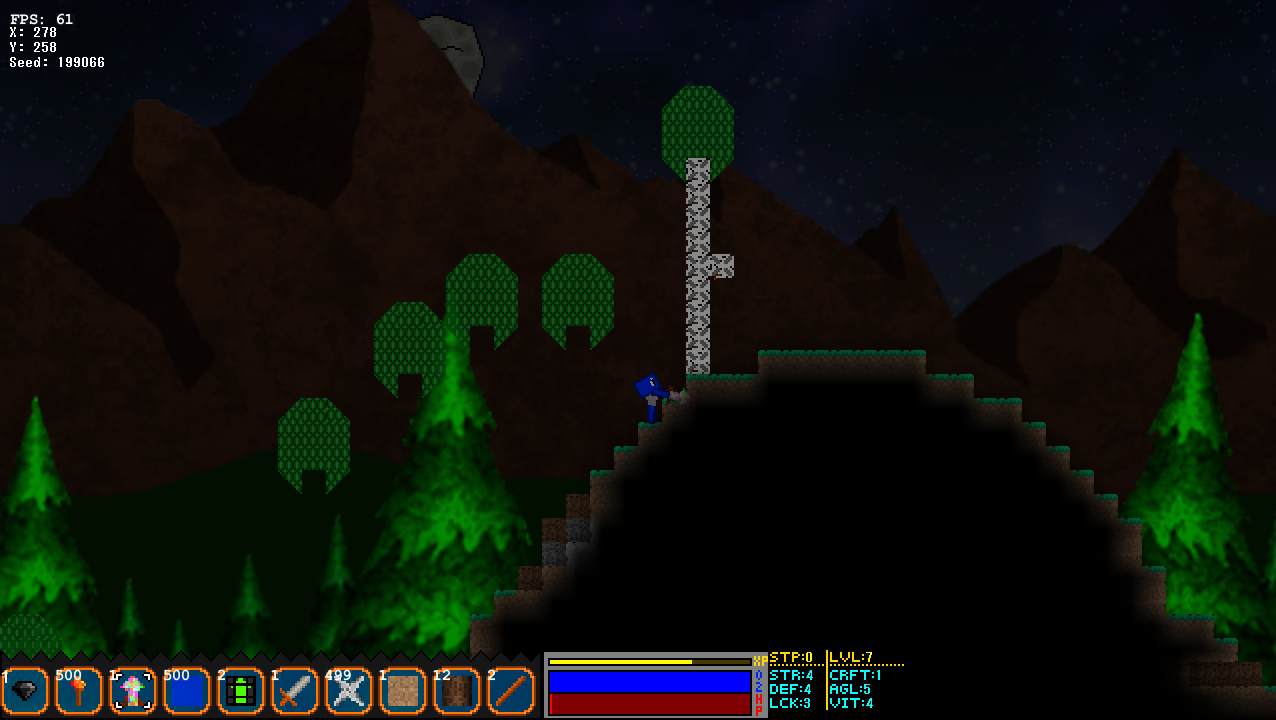 (The block destruction animation plays as a tree is cut down)

With all of that being said and done, there are still many areas that this game has to expand on visually, and they will be addressed in the near future. But for now as I continue to test and develop this game, I sometimes find myself just standing and enjoying the storms. 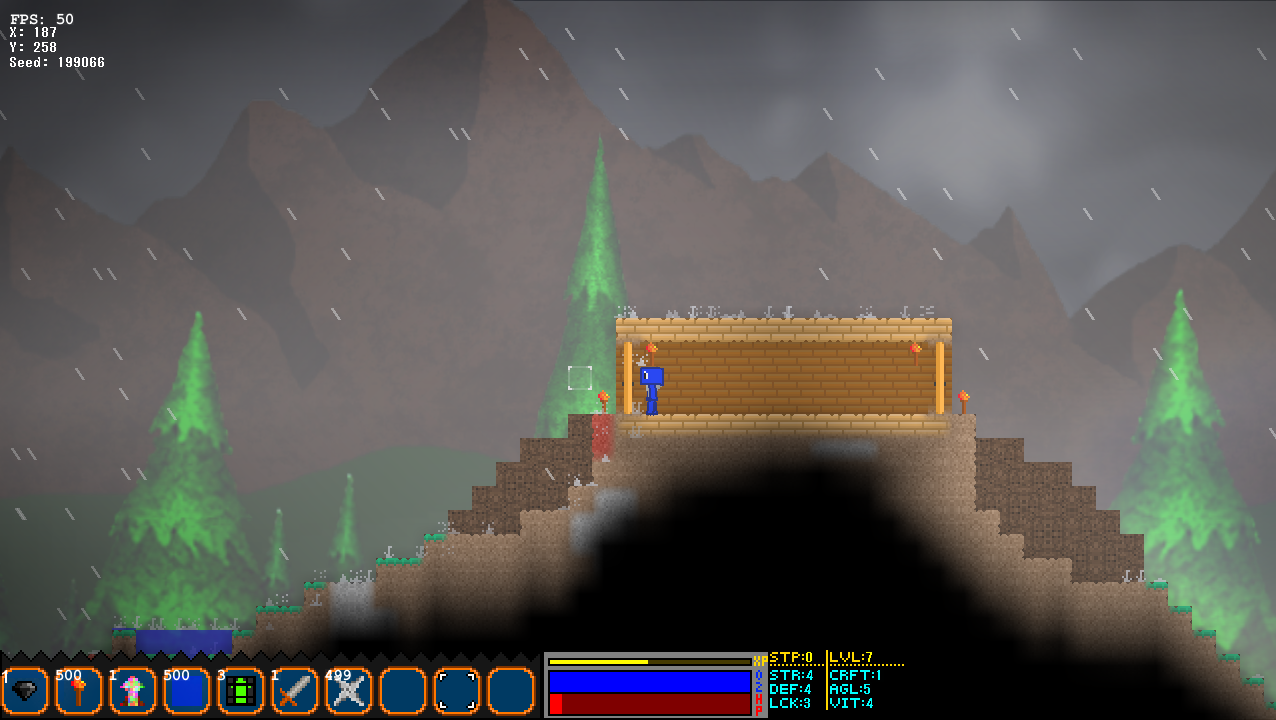 (Watching a storm from inside of a house)

Upcoming news will continue to be posted and as always, thank you for reading this. Don't forget to track this game if you like what you're seeing so far.

Tell me what's the difference with for example Terraria and your game ? (it is not in the negative sense that i ask this question it's only to know what you have special to offer)

The reason this game will be different than Terraria is because it will be a full on RPG. Full on. Stat points, reputation, quests, mob grinding and other RPG elements will be highlighted in the game. This game focuses on more intricate progression whereas to me, Terraria is a "big picture" game where adventure is the main focus.

I have no problem answering more questions, I definitely understand why this one needed to be asked. This game will have it's own original charm, trust me (:

the terrain generation is also quite different. It's being revised to be more interesting.

There's no download at the moment because I am polishing off a legitimate release. The new download will be posted when it is ready, as the most recent download currently is from 2015 lol