Along with this month's update, we are also launching onto Steam Greenlight and would appreciate votes!

Posted by PokingWaterGames on Mar 8th, 2016

Along with this month's update, we are also launching onto Steam Greenlight and would appreciate votes! Spread the word! Here's the Greenlight Trailer:

I've been spending a lot of my time working on promotional materials for Greenlight and polishing the user experience this month. This includes adding keyboard shortcuts for certain UI elements, which actually helped me to make a better trailer since I could hide the UI but still interact with the game. There's no interface yet for changing the shortcut keys, but they can be modified via the xml files. 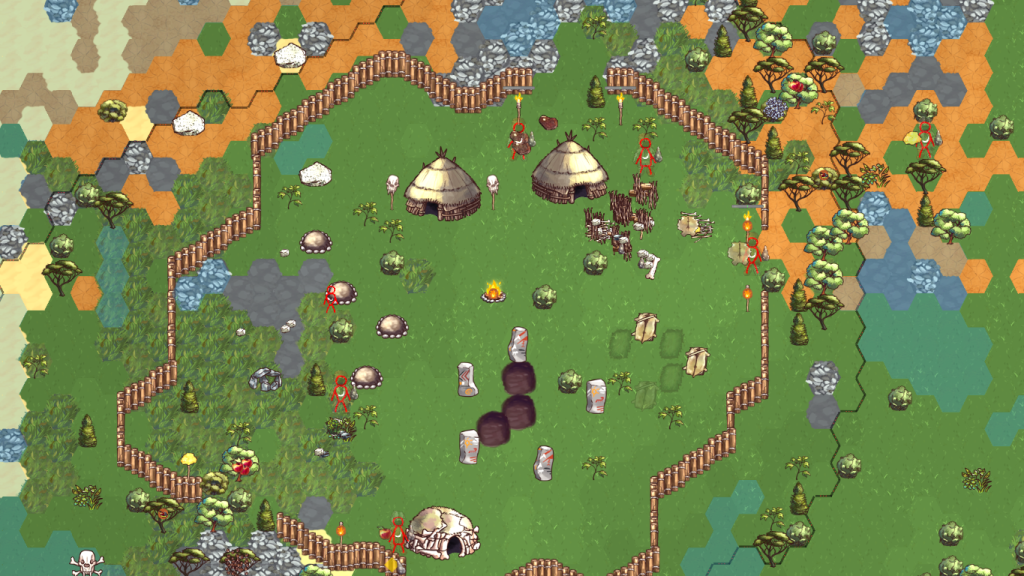 Some game functions have also been moved around to be more intuitive. For example, the crafting menu can now be accessed from the side UI menu, rather than from the Task button at the top UI menu. To me this makes more sense, since all the other assignments/building construction are made from the side menu. 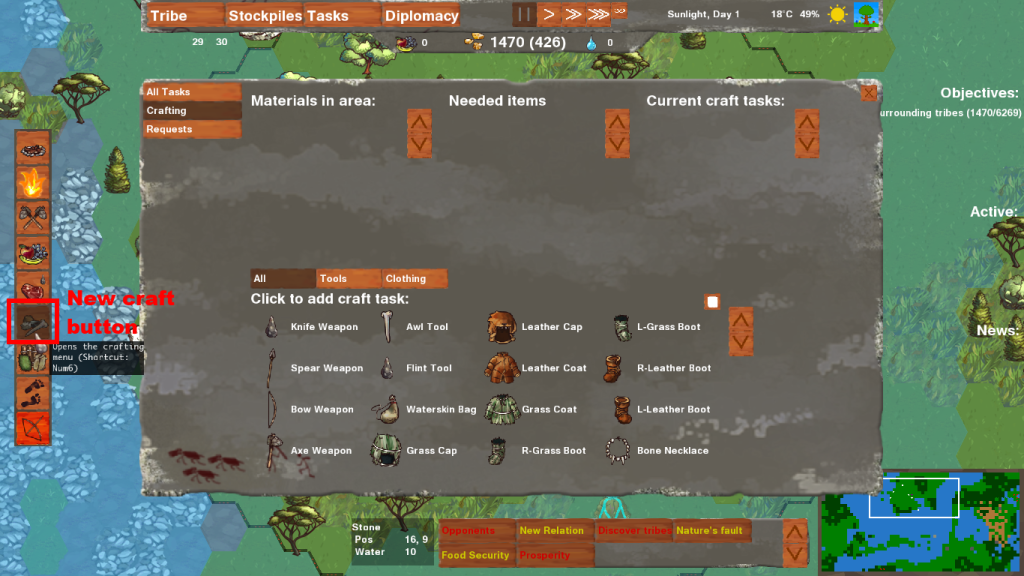 The Stone Henge monument has also been completed, and you can now build it in-game from the various pieces. There's still a display issue where the pieces overlap incorrectly if built in the wrong order and it looks a bit funny. It doesn't affect gameplay, but it's one of those things that keeps me up at night. 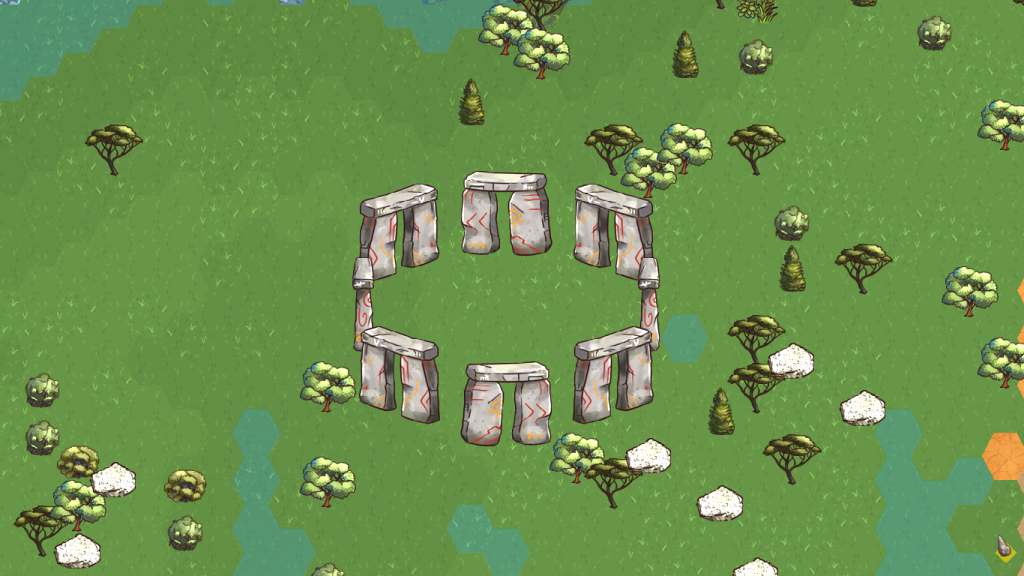 Tribal tattoos have also been improved. The placeholder images are replaced with about 30 different characters from the Vinca Symbols. The Vinca Symbols are a set of symbols that were found in Europe, believed to be from the Neolithic Era. I thought they looked pretty cool and would make good symbols to stick on Pokian's chests. You can also adjust the colour of your symbol separately from the colour of your tribe members!