Sleep is over! We are preparing the latest update for our first-person puzzle platformer.

Posted by rottenhedgehog on Mar 3rd, 2013

We promised to continue working on TRI - and here we are! After finishing the contract work on a serious game for a German zoo we immediately headed back to our first-person puzzle platformer. What was a pause of four months turned out to be a lucky strike for both - our project backing and the improvement of the gameplay.

Since January we are working furiously on the upcoming update, which is planned for mid March. We have six new levels, two newly made tutorials that will introduce the world and it's gameplay a lot smoother. And we reworked the graphics and the level design to a status we are happy with, finally. Besides, we are going to add two new characters - someone to lead the tutorial and a character you will chase throughout the game.

It was a long way from the 48-hour Ludum Dare prototype in 2011 to the first seriously planned step to make a full game out of it in August, 2012. We had our struggle with the story and a proper presentation of the gameplay, but are confident now to give you a much more improved version of the game.

Over the next weeks until the update we are going more in to detail with articles and videos. Stay tuned!

In the meantime - read more about the game:
TRI - Doing the big Reset
TRI - Play-testing and a dogma
The pros and cons of making a game alpha 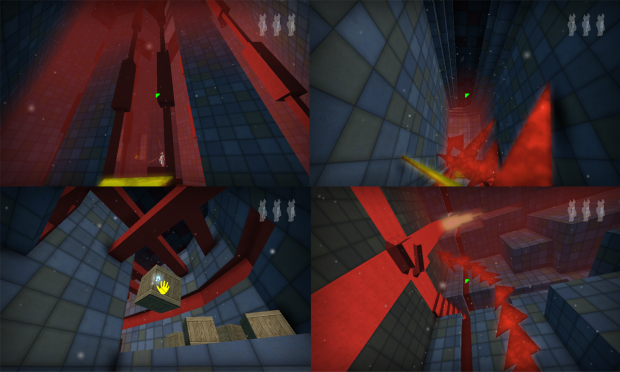 I haven't gotten the alpha yet but I must say, finishing a gaming project for a zoo sounds cool :P