Posted by FingerPunchGames on Aug 5th, 2015

We've added our first secondary weapon model to the Titan tank. It should provide players with some additional fire-power and, maybe, a last ditch attempt to take-down an opponent when you don't have time to wait for your primary weapon to reload! 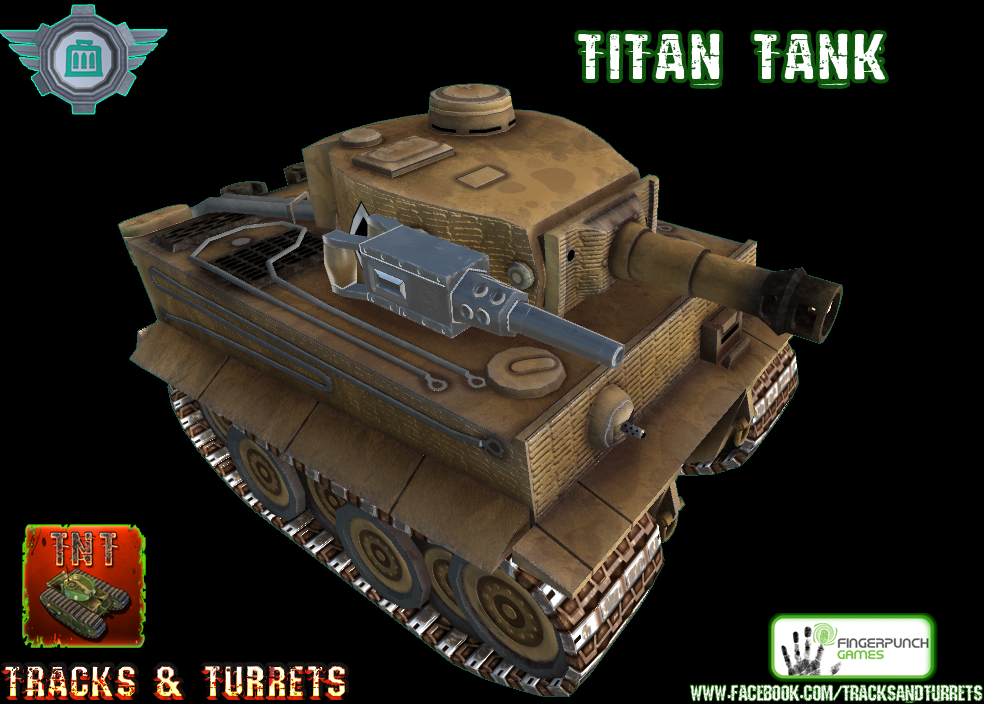 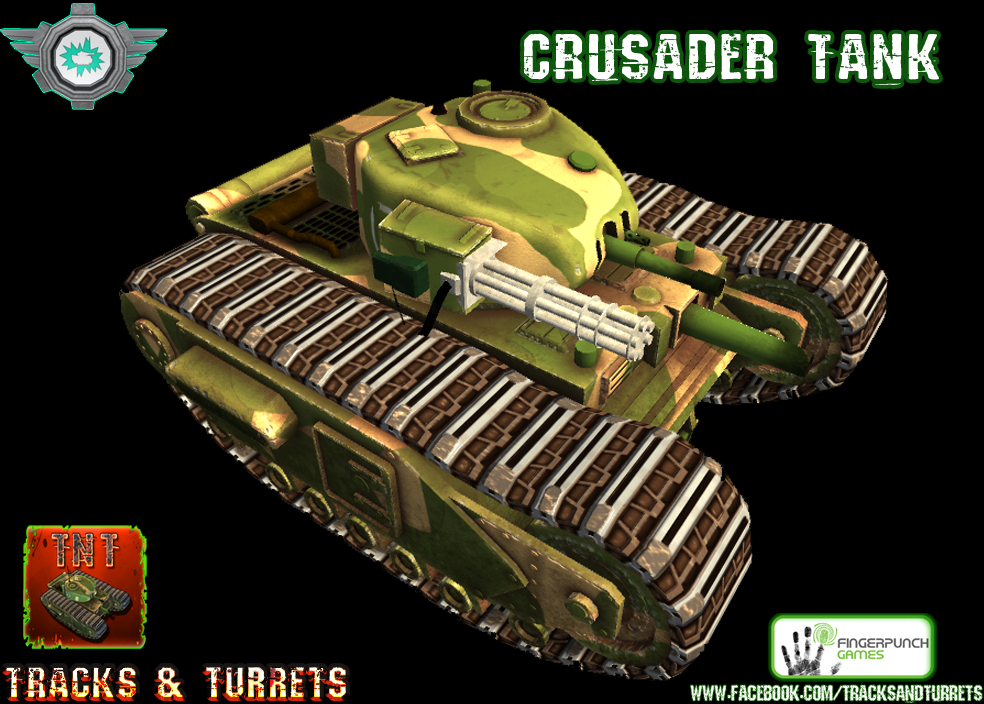 Secondary Ammo amounts are also Tank-Dependant, meaning, certain tanks can carry more secondary ammo than others. However, with most things, tanks have their own default stats that can be affected by the equipment they carry. Adding the Heavy Gatling Gun attachment will cause a speed reduction in the tank, and would make your tank a slower, easier to hit, target.... choose wisely! 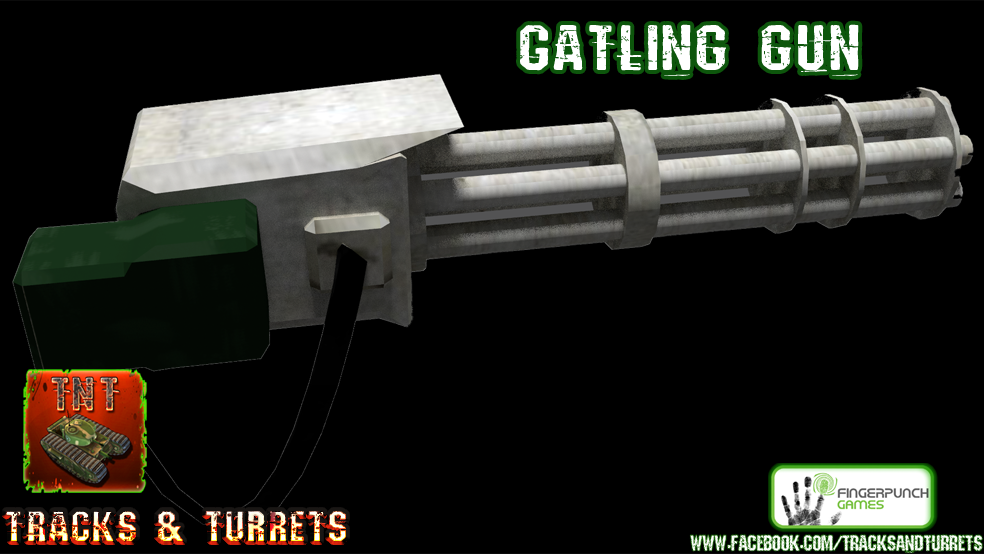 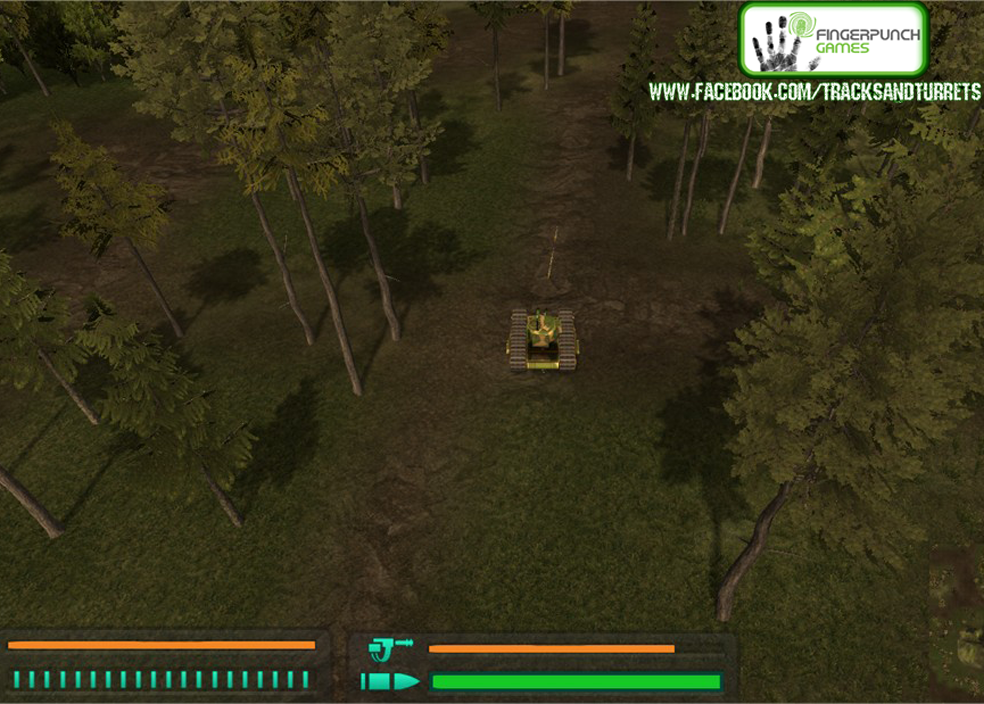 Although it's a little hard to see, we've implemented a very basic firing mechanic for testing and tweaking. The secondary weapon icon (and ammo bar) can be seen with the ammo bar reducing as the weapon is fired. In this case the ammo bar does not refill unless the player picks up an ammo crate Power-Up. We're aware that this needs some work, but we'll have more update to the game, to show you, soon.

Tracks and Turrets isn't just about running around shooting people with large, and small, rounds.. NO! We're all about Power-Ups and providing the player with even more things to add to their arsenal and chances of survival. In this news post we'll be showcasing one of our Power-Ups and showing you the models we're currently using. 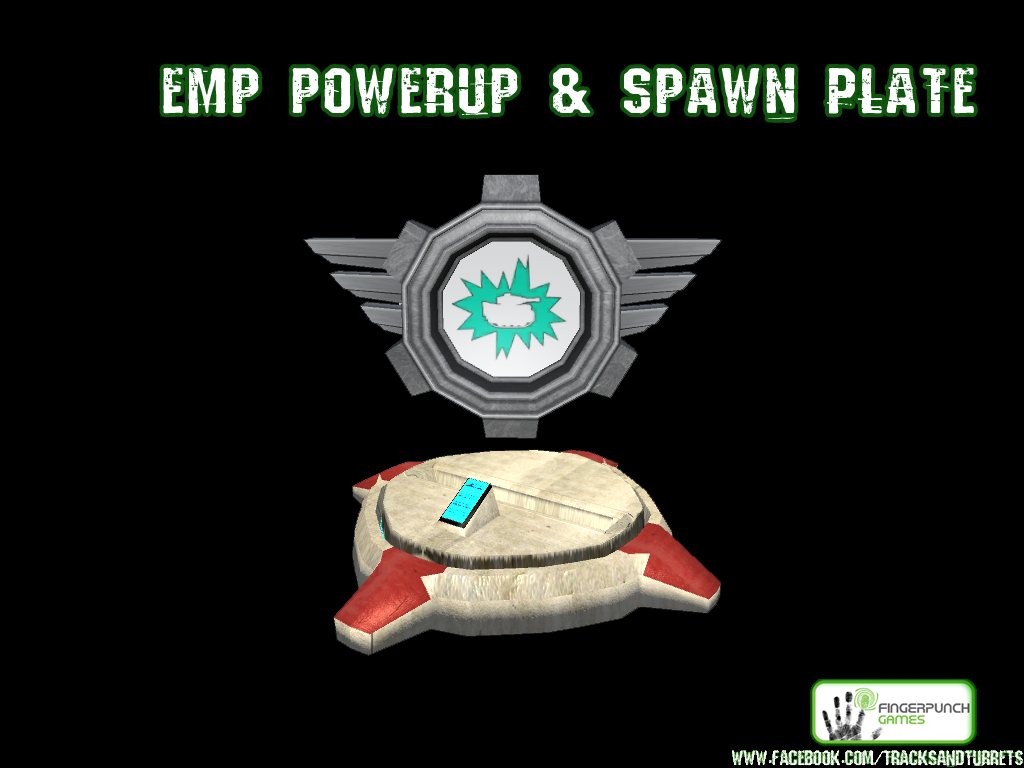 Throughout each of the battlefields, Power-Ups (just like the one above), will be dotted around the place, providing players with a multitude of Power-Ups that will help their cause in winning the battle. Power-Ups with spawn in random locations with random Power-Up types at random times, so you might know where the power-up spawners are, but you won't know when they'll spawn. We've also added a no-camping spawn function that prevents people from sitting on spawners waiting for them to appear.... sorry! 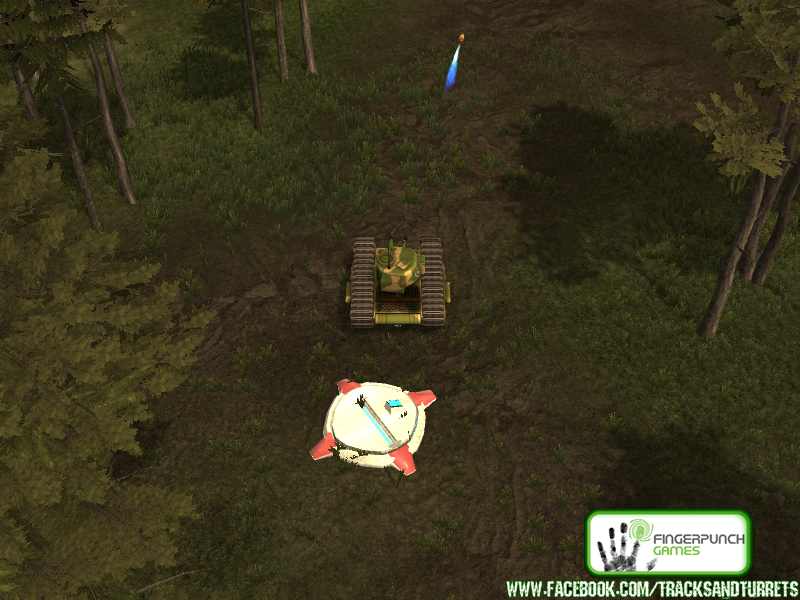 EMP Contact! - This tree is now vulnerable to attack :). 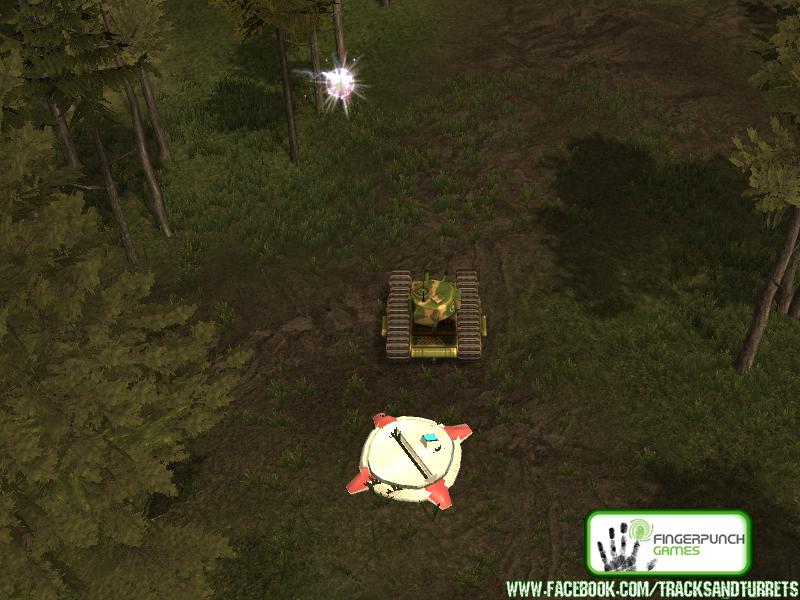 When the EMP shell, successfully, hits a target, it will render the target immobile for a few seconds, leaving them open to attack from the immediate, shooter, enemy and all other enemies in the vicinity. Targets will experience an electrical particle effect, covering their tank, whilst the effect is in place and will regain control of their tank when the effect has ended.

Tanks also have a Power-Up Shell stack maximum and minimum, for example, some tanks can store more EMP shells than other tanks. Giving them an advantage over other tanks in battle. However, having a tank with a larger shell stack will mean that some other aspect of their tank will be less effective than another tank.

We hope you like what you've see? We'll be posting more updates as we get them. Many thanks, the FingerPunch Games team :).

Indeed @nickbgr, all of our tanks have some form of influence from real tanks :).

I can tell, all WW2 themed it seems. The best era for tanks in my opinion, so much diversity. Most tanks today, look very similar.

The game will come with graphics settings that you should be able to tweak, and adjust, to suit your computers capabilities.