A short discussion on how I am beginning to implement the generation of towns.

Finally, this has been on my to-do list since around 3,000 BC, I've rewritten town generation! Before, there were blandly laid out towns with little variation or excitement to be found inside. This would work for a simulation of modern American suburbia but alas I've spent far too much time there.

I implemented an algorithm for towns where it randomly places houses on the grid along a somewhat normal curve, causing more houses to be clustered in the center with a few on the outskirts. A wandering path is then generated between the houses with paths to each house being generated aftwards. Here's a few gifs of the process!

Now I just have to generate random people for each house with random jobs and personalities. Hopefully we can get all those different stats to shine through in how they talk and act as well.

Here's a little image of what they look like with all the houses actually placed! 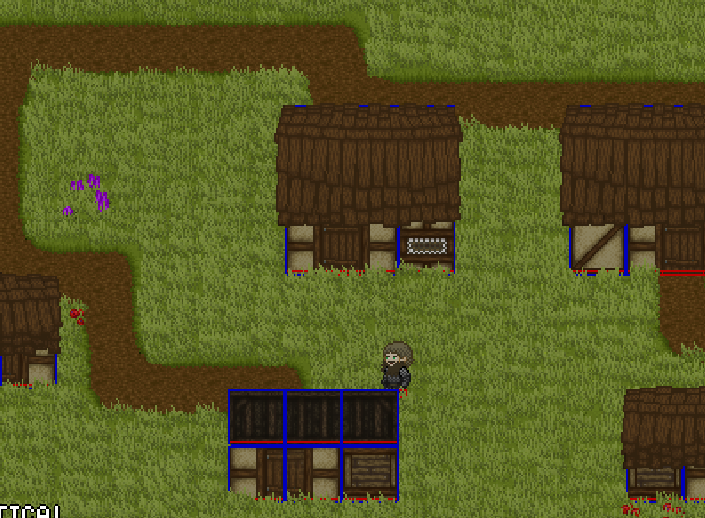