After many years of development "Tompi Jones" is released. Also it's included in the "DreamsSoftGames Bundle 1".

Tompi Jones is a fun platform game in 2.5 dimensions: 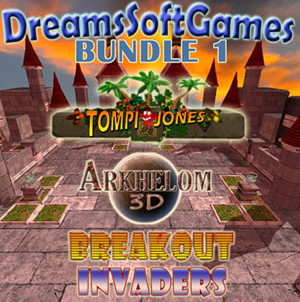